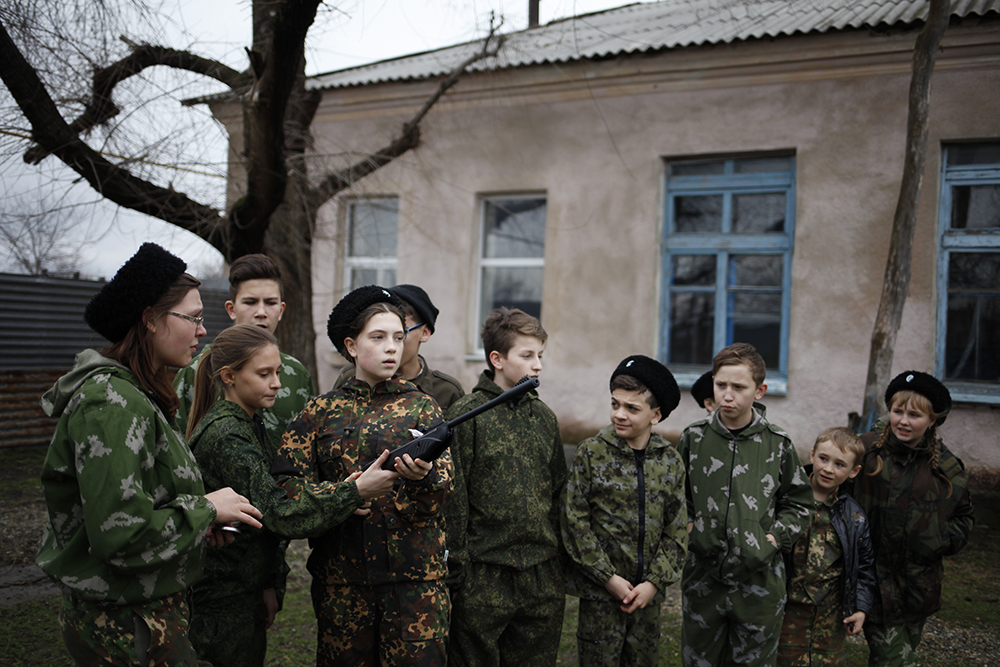 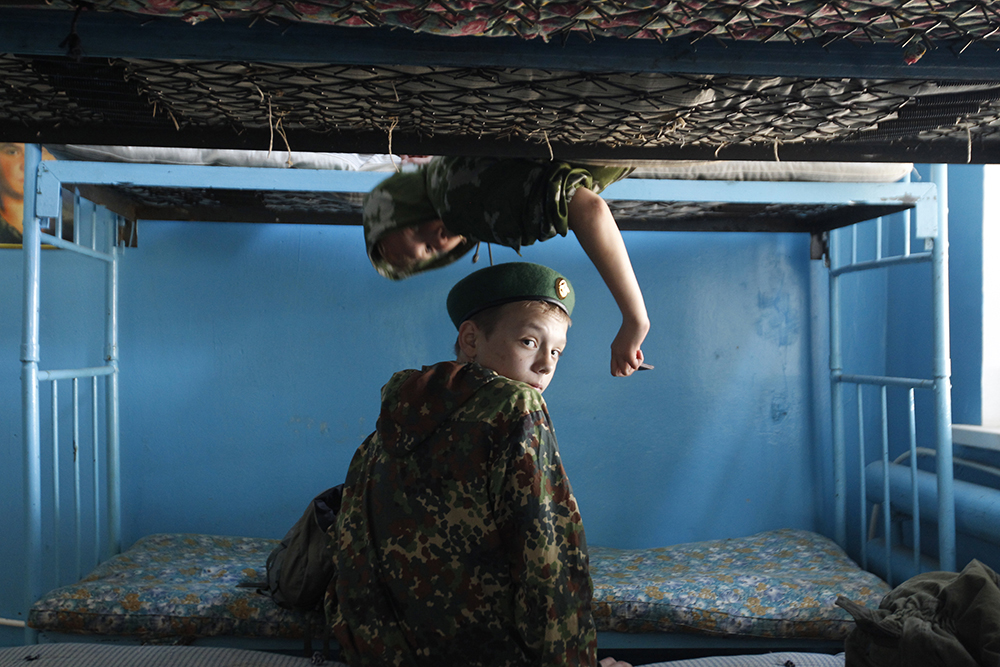 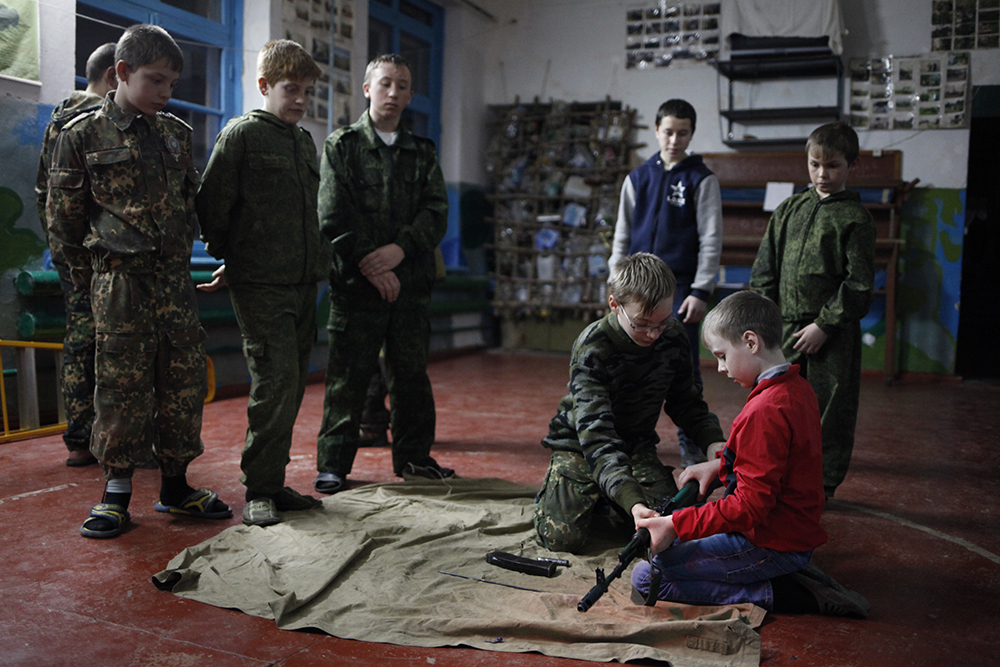 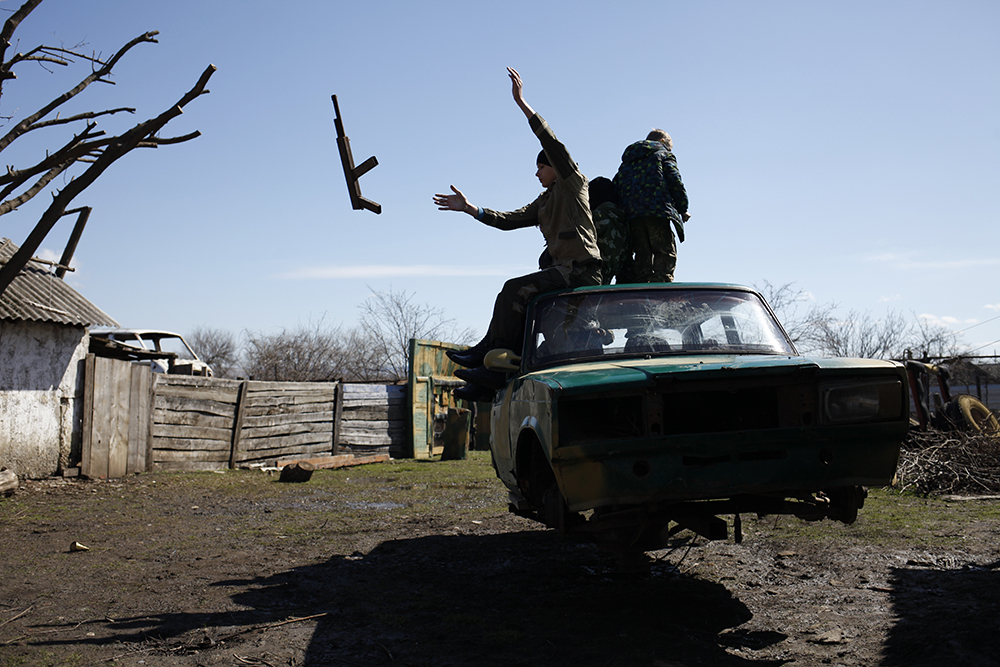 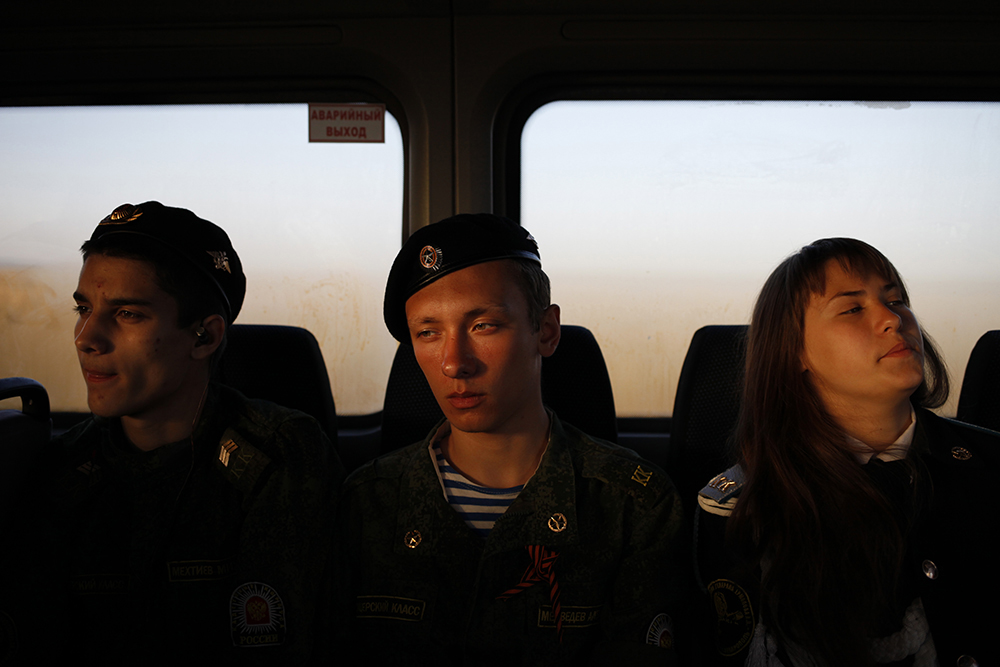 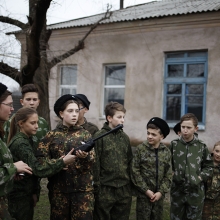 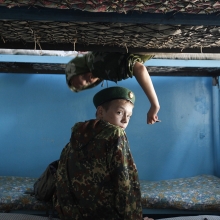 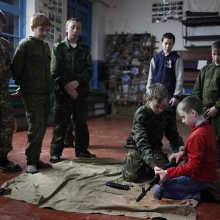 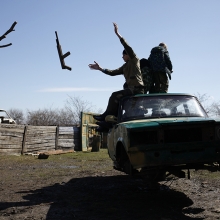 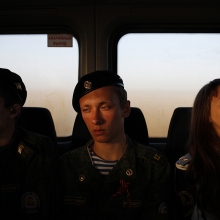 The state-run school is based in the southern Russian city of Stavropol, some 150 miles from the Olympic resort of Sochi. It is named in honour of Alexei Yermolov, the famous Russian imperial general, and the institution itself is as military-influenced as its name.

A highlight for lots of these youngsters are the trips they go on for field training. During the outings, they spend time at a base, undergo physical drills and practice using weapons.

Many of the instructors have seen active service and their students – who often come from military backgrounds – appreciate the sense of discipline these teachers bring to their courses.

It might sound tough, but it is seen as a treat. Students with bad grades aren’t allowed to go, and those who attend enjoy the opportunity to spend a night away from home with their friends.

Born in Stavropol,Russia,in 1974,Eduard Korniyenko became a professional photographer in 2000. In 2002 he joined the Russian Union of Journalists.At present,Korniyenko is a full-time photo-correspondent for the regional newspaper Stavropol Pravda and a freelancer for the news agency REUTERS.Several international online news outlets have published Korniyenko's photographs.His work as a photojournalist has focused on developments in Northern Caucasus,which has experienced ethnic and intercultural conflict and political and economic instability.