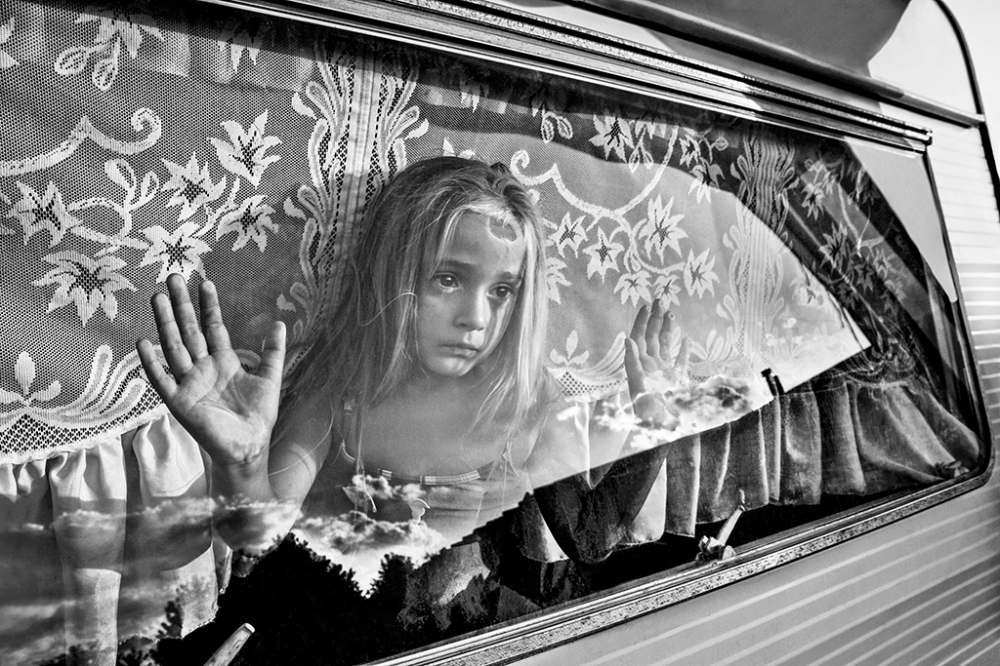 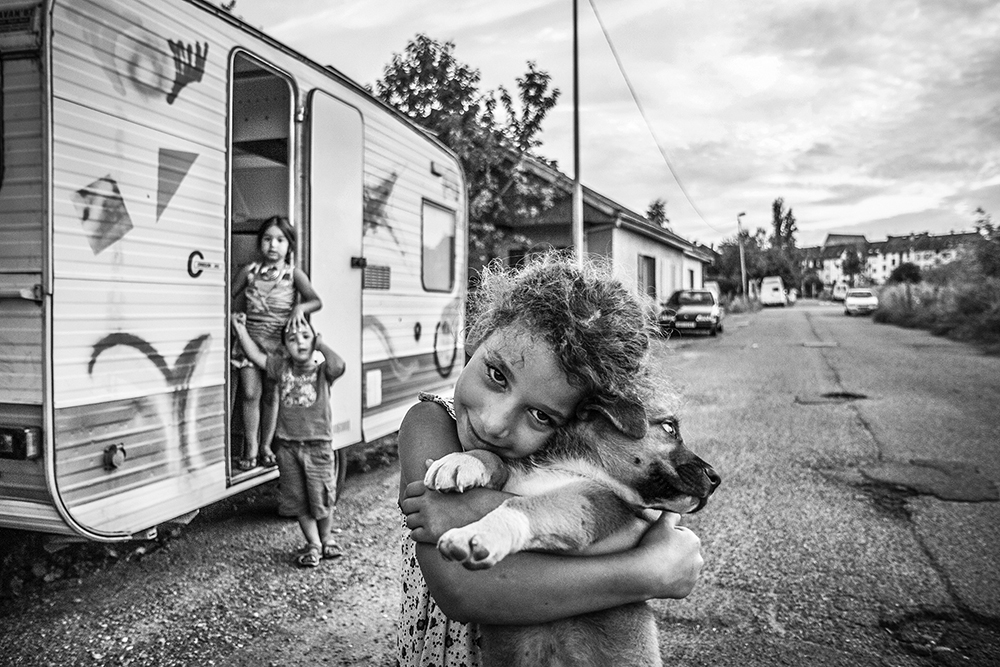 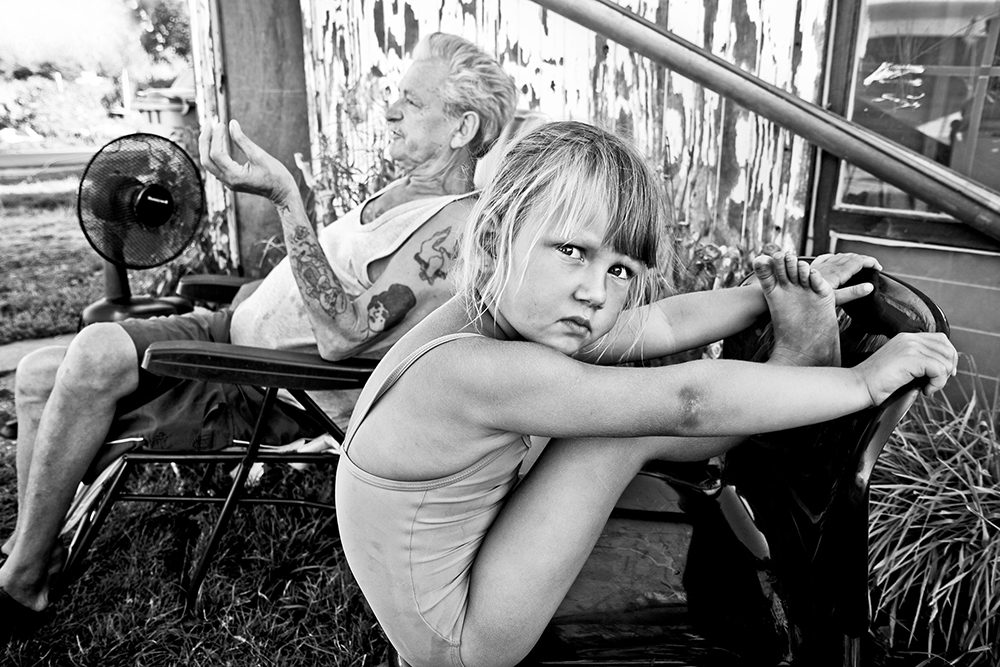 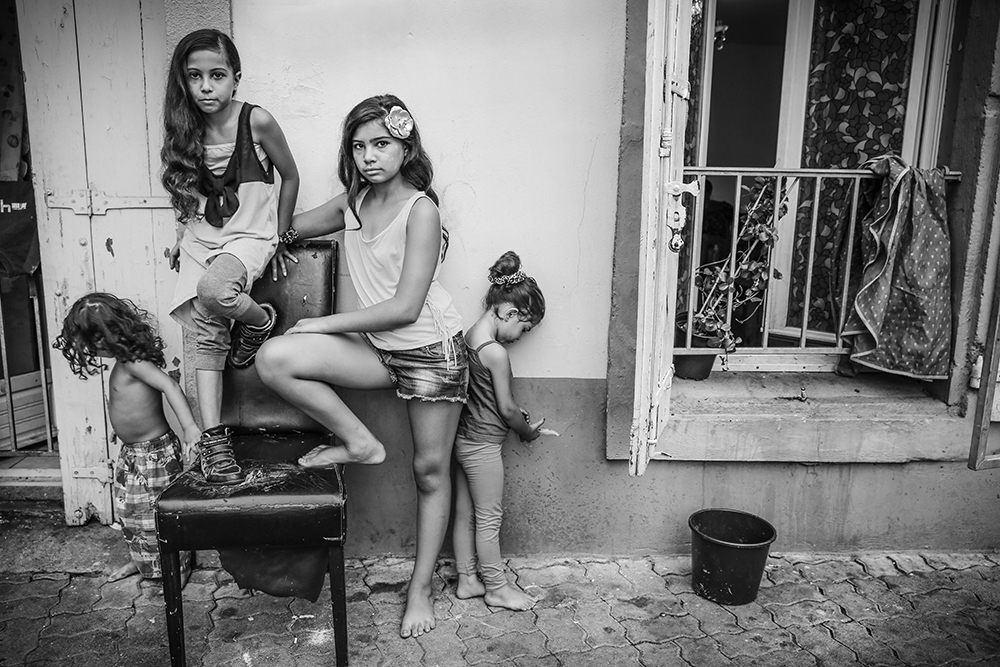 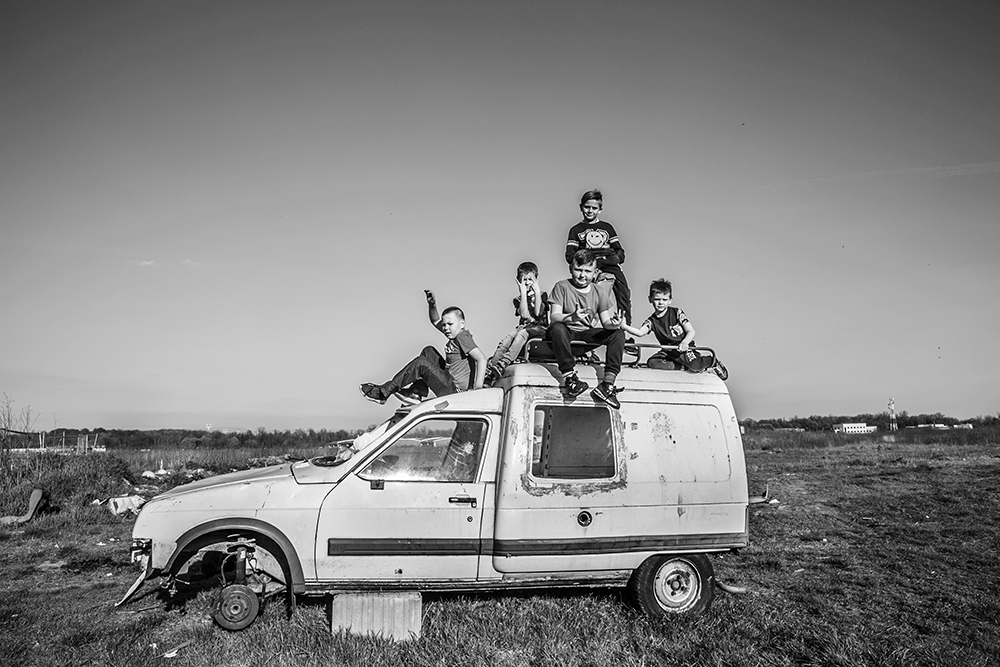 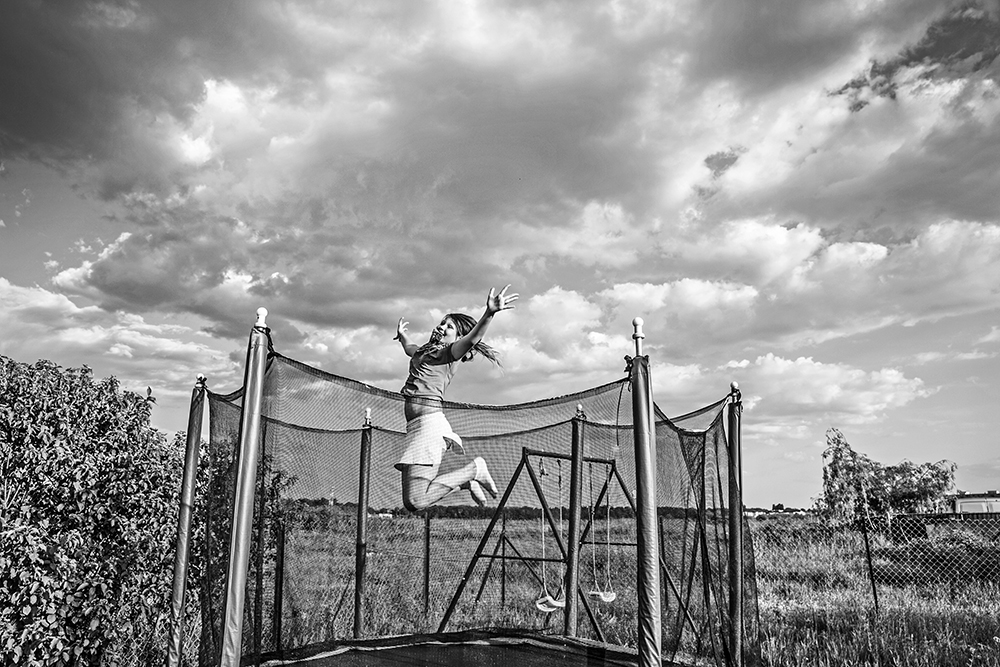 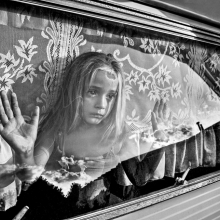 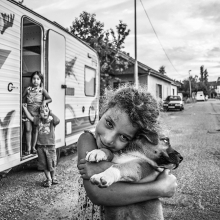 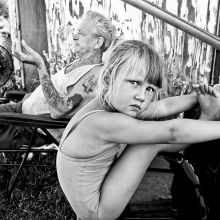 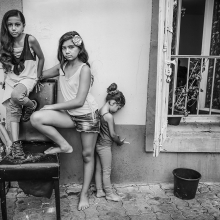 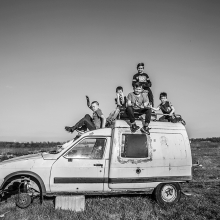 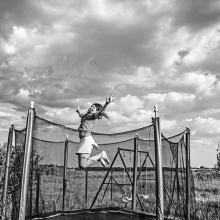 The series "Gypsy Childhoods" aims to arouse emotions and bring viewers to develop a better acceptance of these neglected communities. It started in 2009 in the Polygone neighborhood in Strasbourg, has developped to the South of France, Paris, Poland, Czech Republic and has continued up to this day. Some children who have been photographed for 8 years, show how over time they have overcome the discrimination due to their ethnicity. By highlighting Gypsies' poetry and the expressions of children's faces in situation of personal or collective suffering, the photos try to transmit values centred on humanity and human dignity. The series"Gypsy Childhoods" is an attempt to express a feeling of softness and hope in communities affected by the plagues of violence and poverty.

Jeannette Gregori was born in 1967, she lives in Strasbourg, France. She studied photography at the Fine Arts University, Indiana, US, as well as at the Ecole des Arts Décoratifs in Strasbourg. Her first series "Enfances Tsiganes" aims to develop tolerance towards the Roma and Sinti community. Her work was exhibited at the International Day for the Eradication of Poverty in Médiathèque André Malraux in Strasbourg and at the Council of Europe in 2009. As her photographic works develop, her social commitment has diversified on settlements in France, Poland and Czech Republic. In 2014 and 2015, she cooperated with UFAT (Union of French Gypsy associations) for the recognition of the Gypsy genocide. She took part in several Roma workshops in Poland and presented her work on "The New Roma" at the International Month of Photography in Berlin. She is now represented by the art gallery Kai Dikhas in Berlin which filed her work at RomArchive (the digital archive of the Roma). She was awarded the first place at the Monovisions Photography Awards, black and white photo of the year 2017 in photojournalism.
She was also awarded the first place at the ND AWARDS 2017 in people/children category and the 3rd place in ediitorial/documentary category.