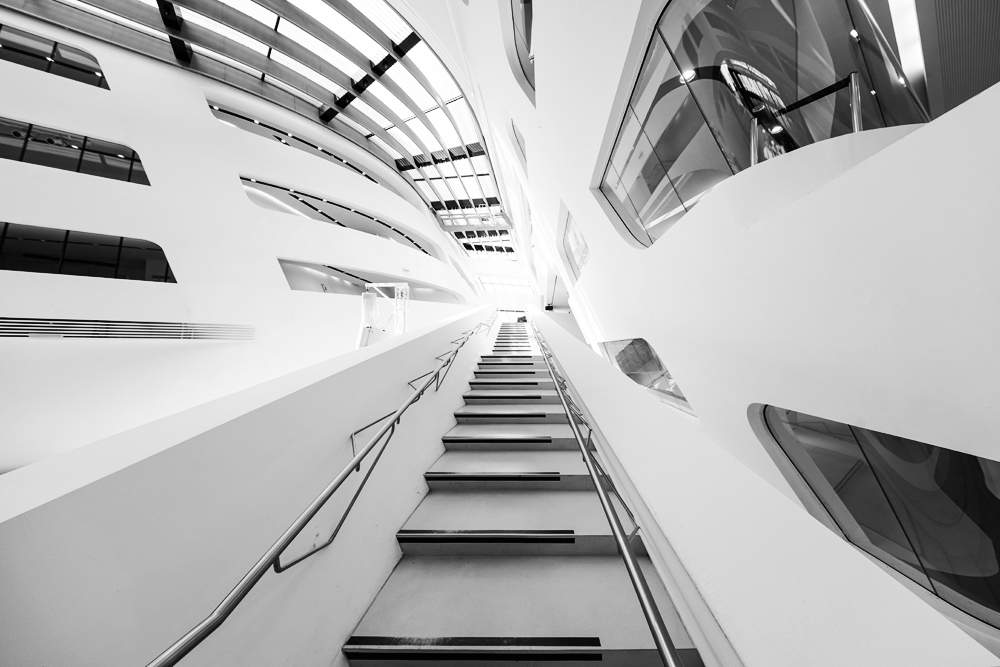 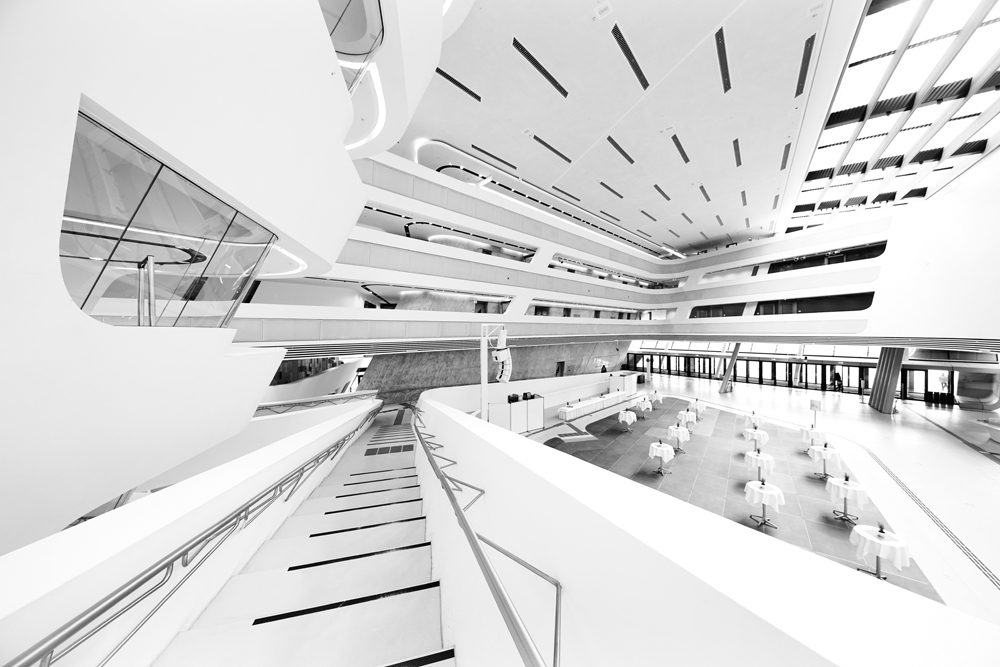 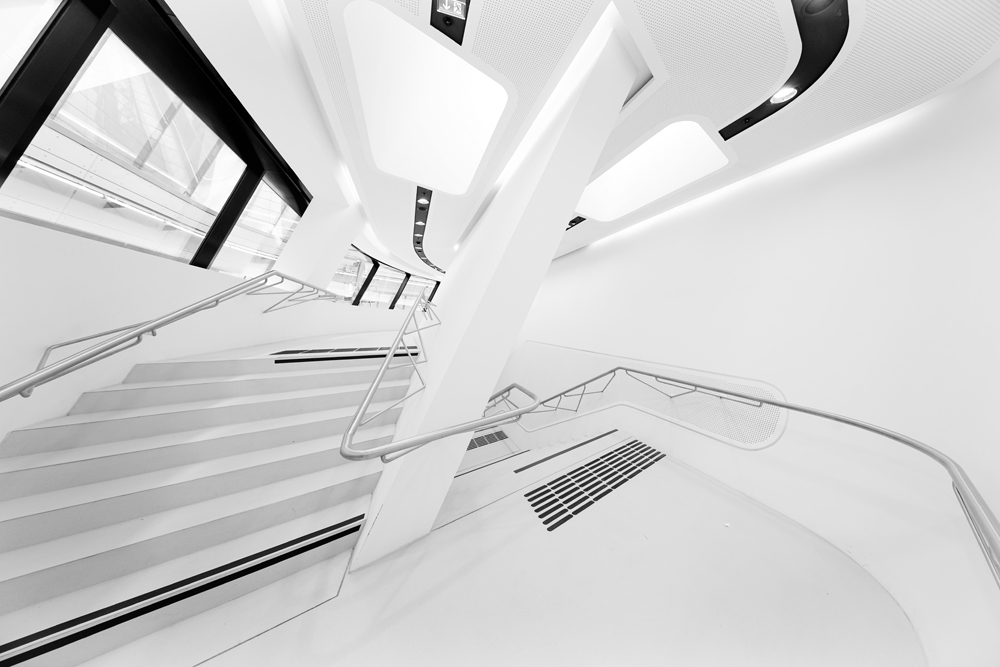 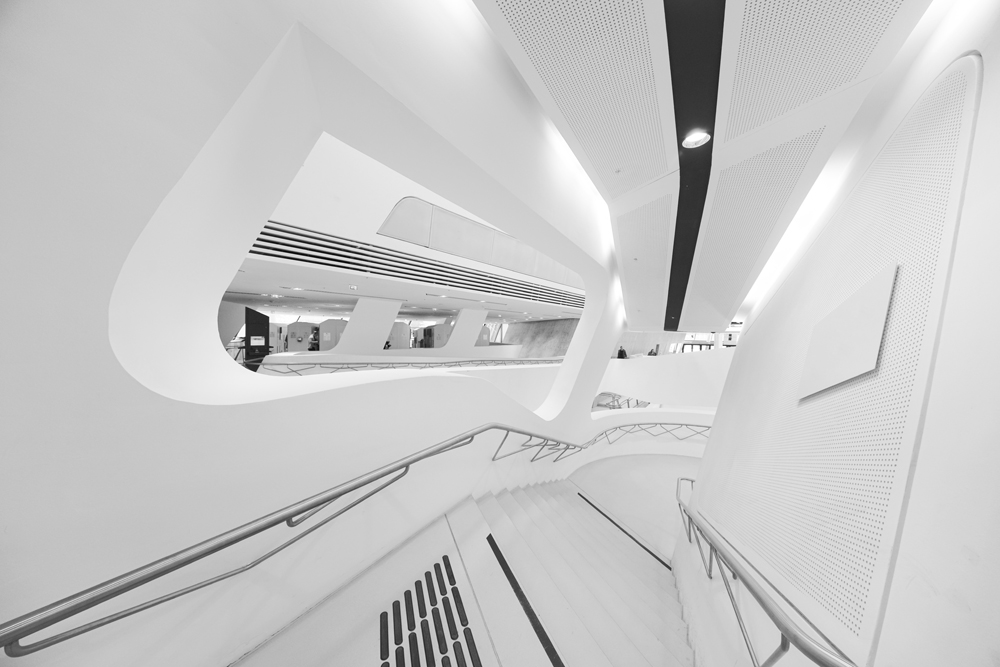 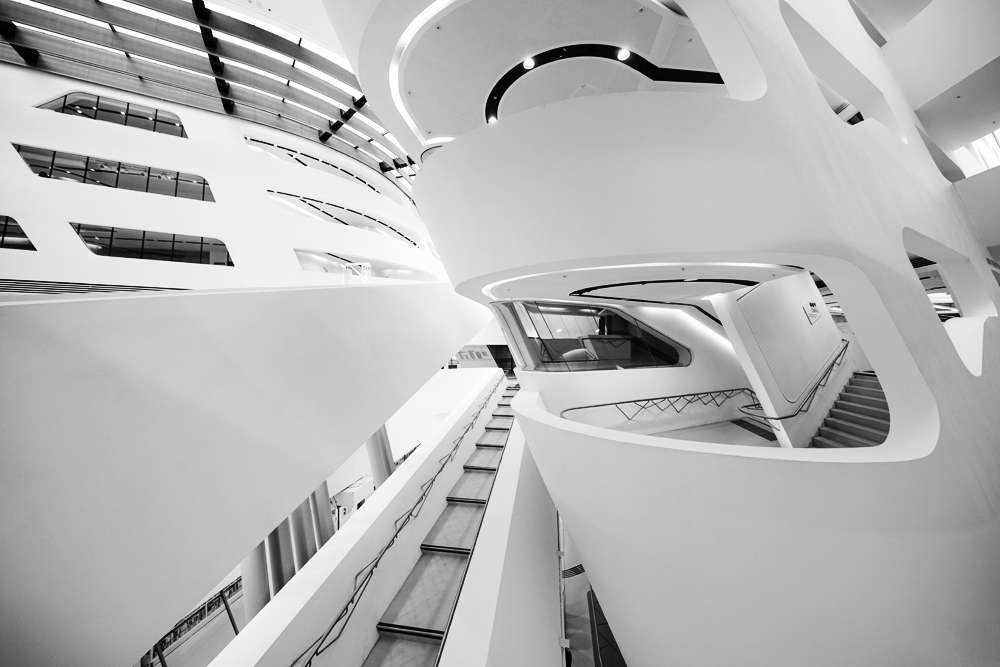 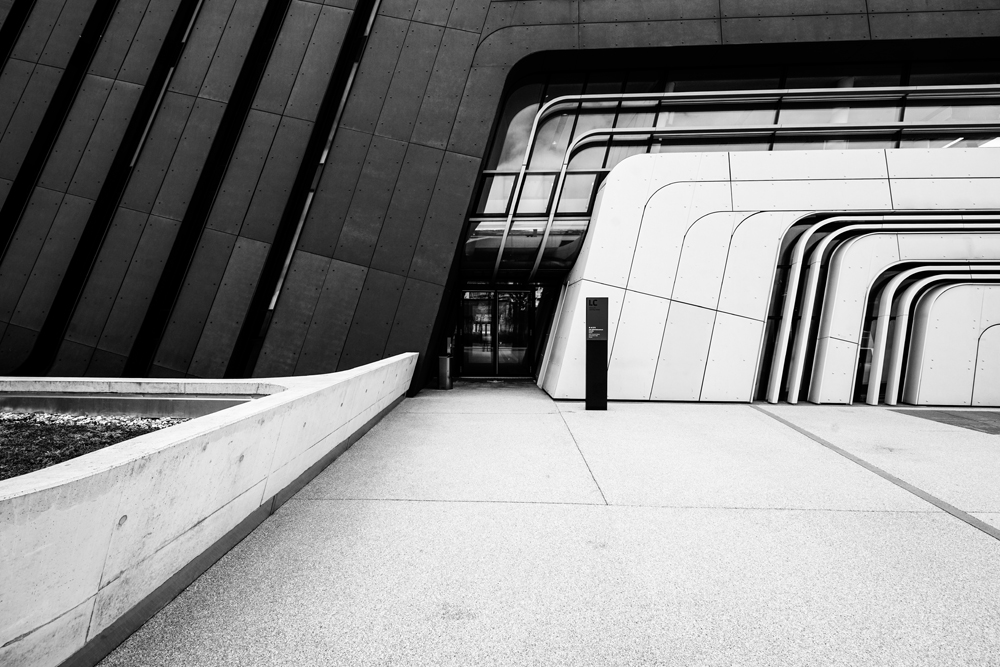 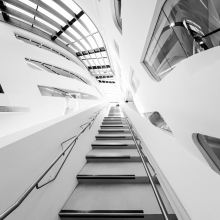 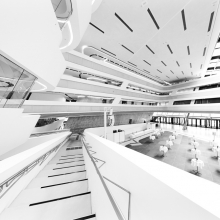 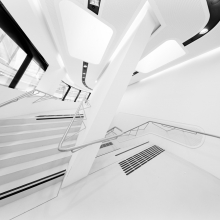 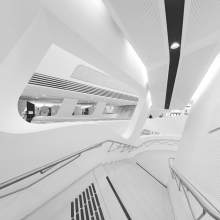 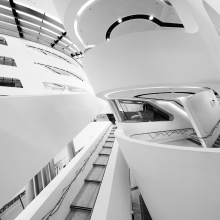 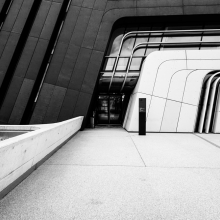 The university of economics in Vienna has a new library and learning center. But this university library is different from any other you may have encountered. the new library designed by the infamous Zaha Hadid is a piece of art itself. One of the main characteristics of the building is that as soon as you step in you leave the straight walls behind, as there won't be a single straight column or wall in this building, which makes it kind of a unique experience of its own, not only for students but also for art and architecture enthusiasts. The interior of the LLC is informed by the external circulation of the master plan which maps out the different levels of the building. The straight lines of the building’s exterior separate as they move inward, becoming curvilinear and fluid to generate a free-formed interior canyon that serves as the principal public plaza of the center, as well as generating corridors and bridges ensuring smooth transitions between different levels. The external appearance of the LLC is characterized by two elements of contrasting colours separated by a glass joint: shell and shadow. These different colours facilitate the orientation and understanding of the two primary areas of the building from the exterior.