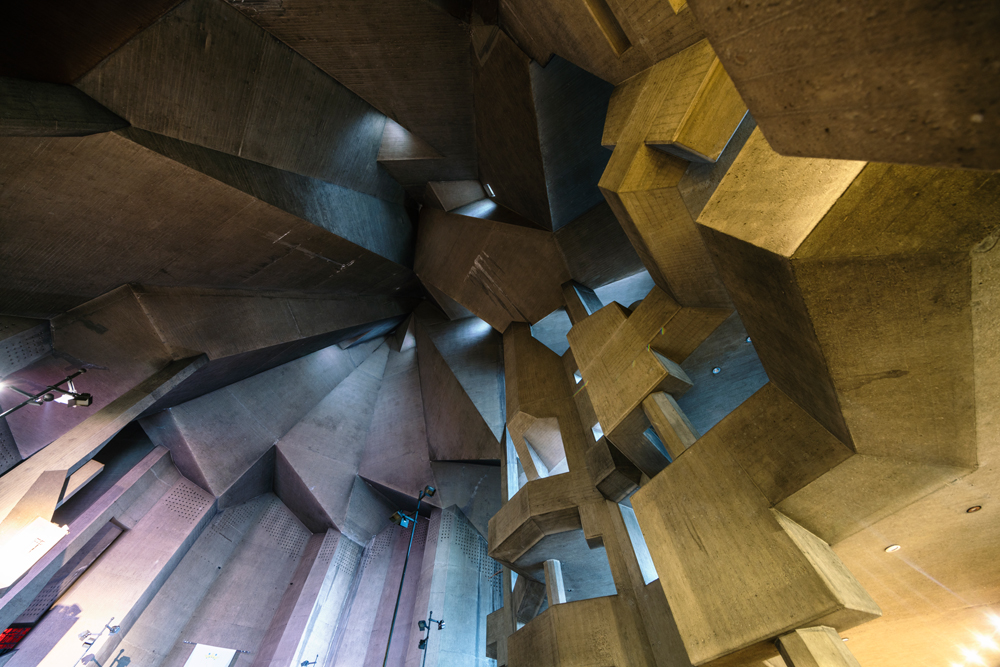 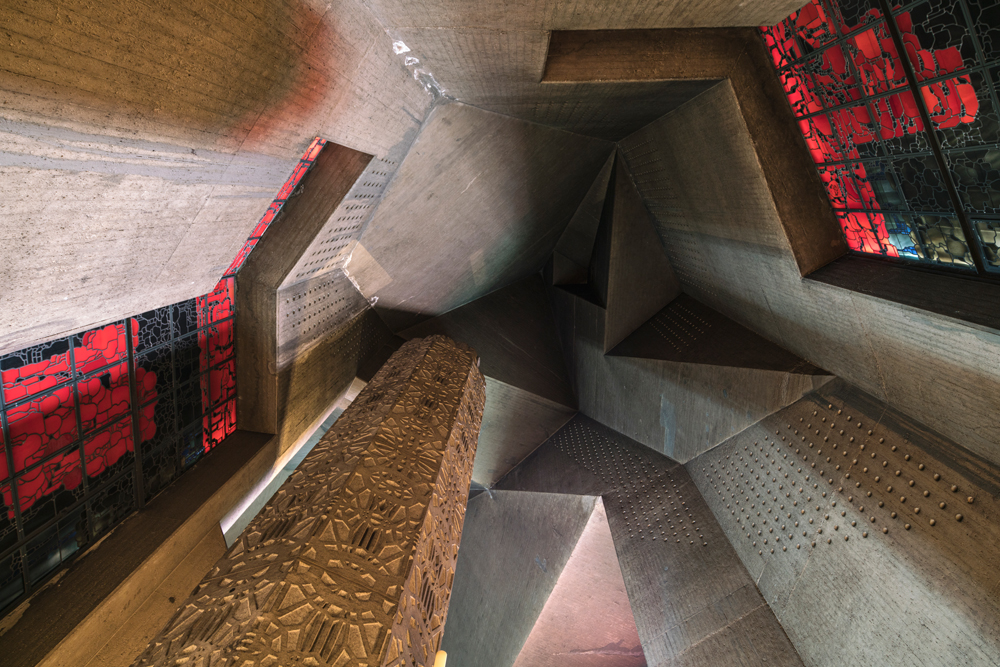 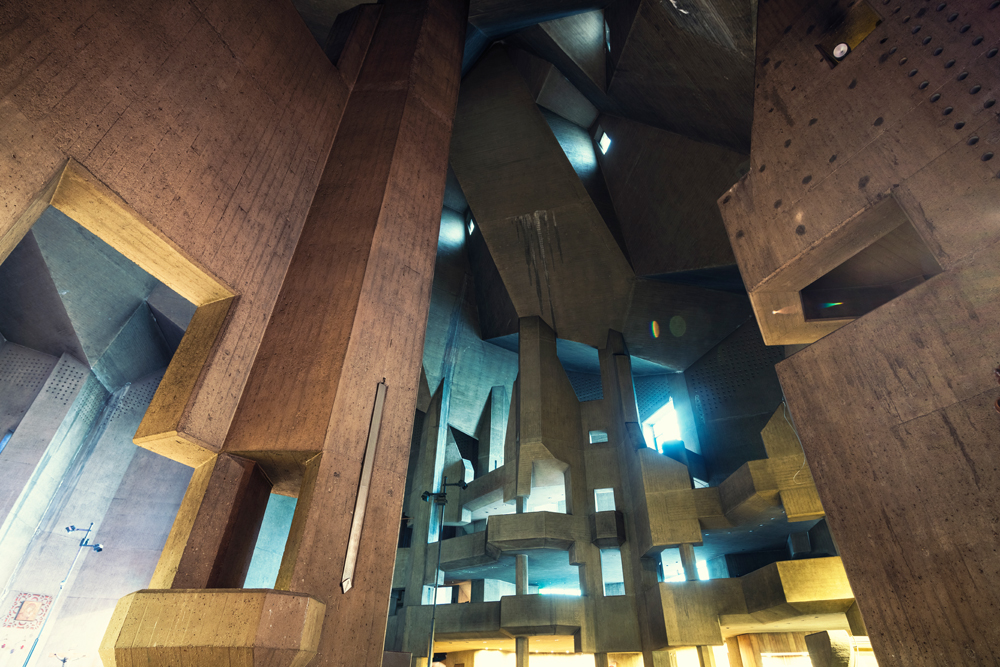 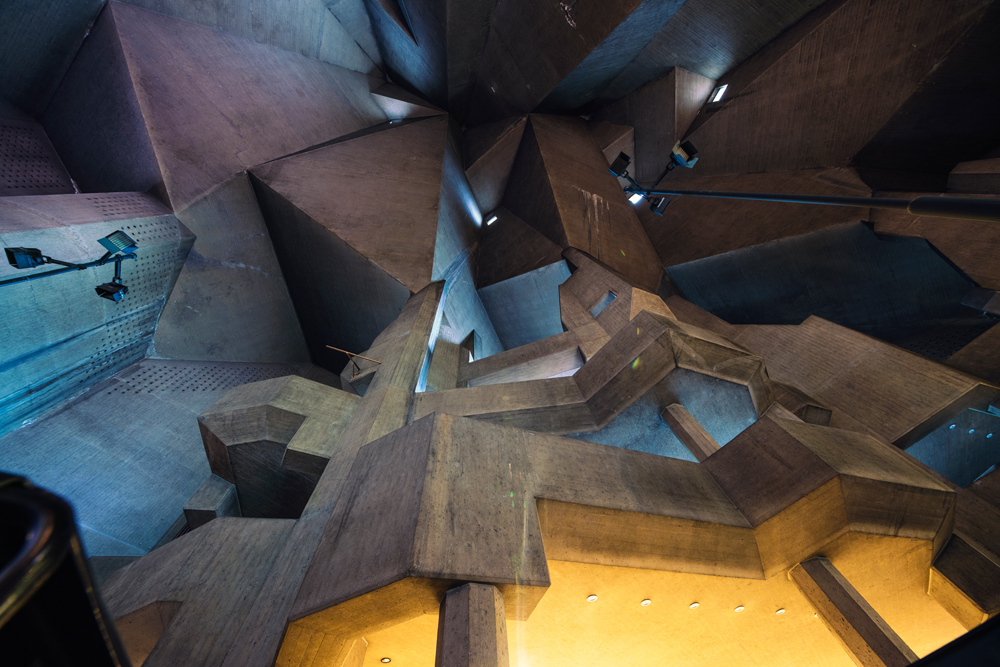 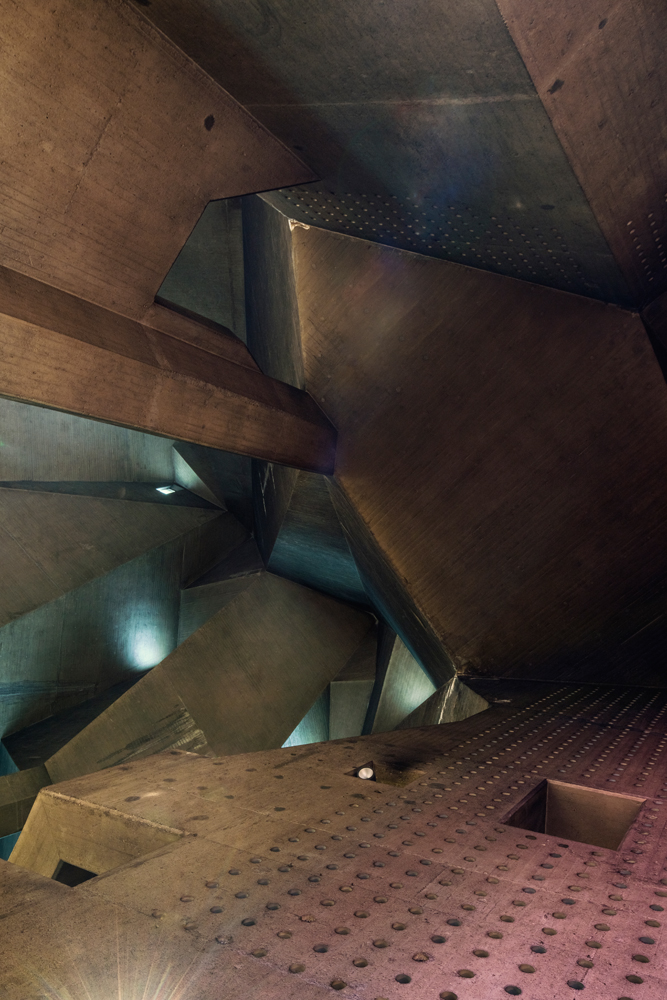 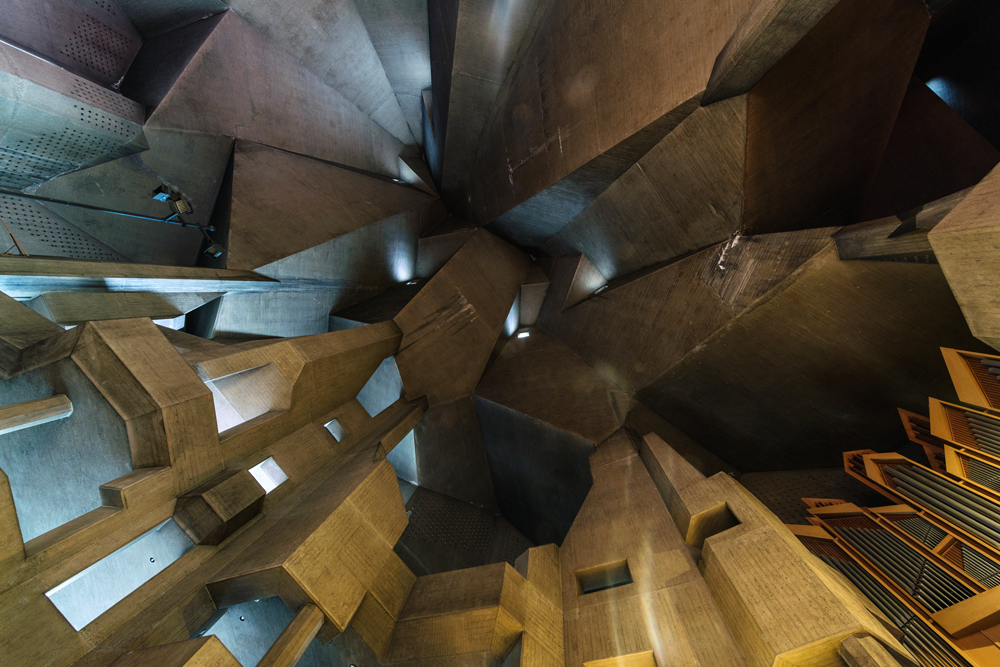 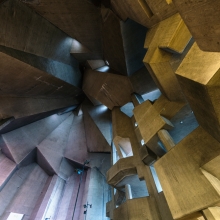 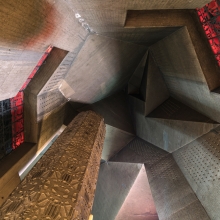 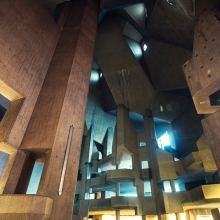 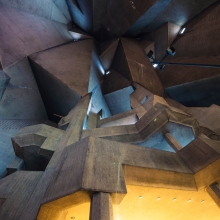 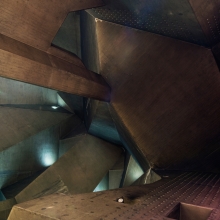 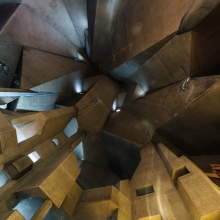 Have you ever entered a space and you felt isolated from this world? As if you just moved into a new dimension? That is the feeling you would get if you enter this church in Neviges, West Germany. It was designed by Pritzker Prize winning architect Gottfried Böhm. Construction began in 1963, and the church was consecrated in 1968. Since then it stands there as a symbol of a religion but at the same time as a fine masterpiece of the brutal architecture of the 60's era. The architect Gottfried Böhm, born in Offenbach am Main in 1920, has immortalized himself as an important representative of the post-war architecture. He became famous for sculptural buildings made out of concrete, steel and glass. Gottfried Böhm with his father and his sons forms a symbol of a fine architecture house that has been there for three generations. With 6,000 seats the Neviges pilgrimage dome is one of the largest churches in Germany. The central building looks like a tent from the outside.