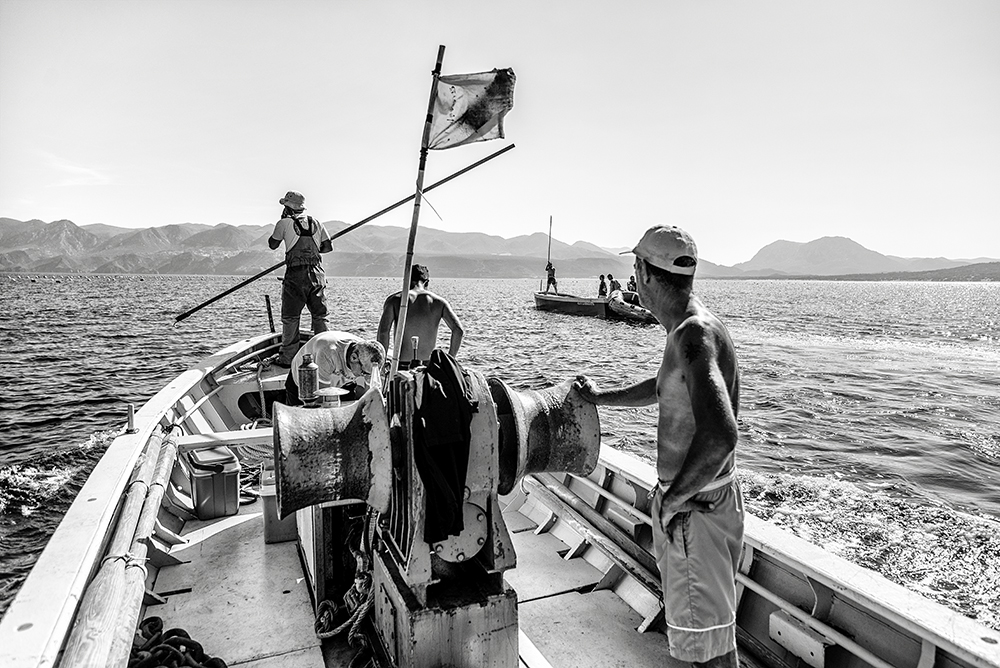 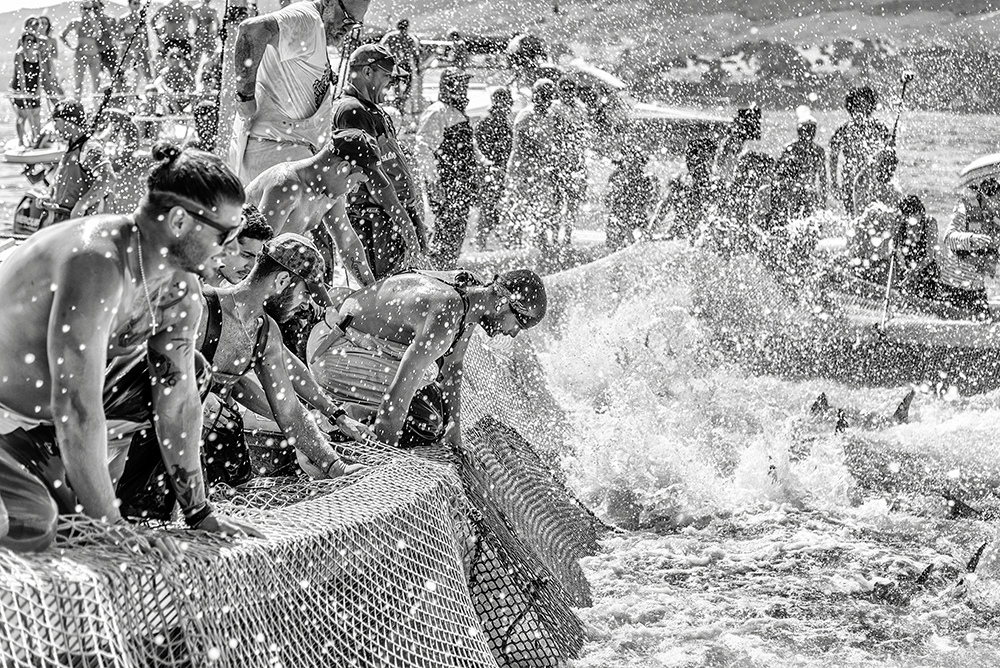 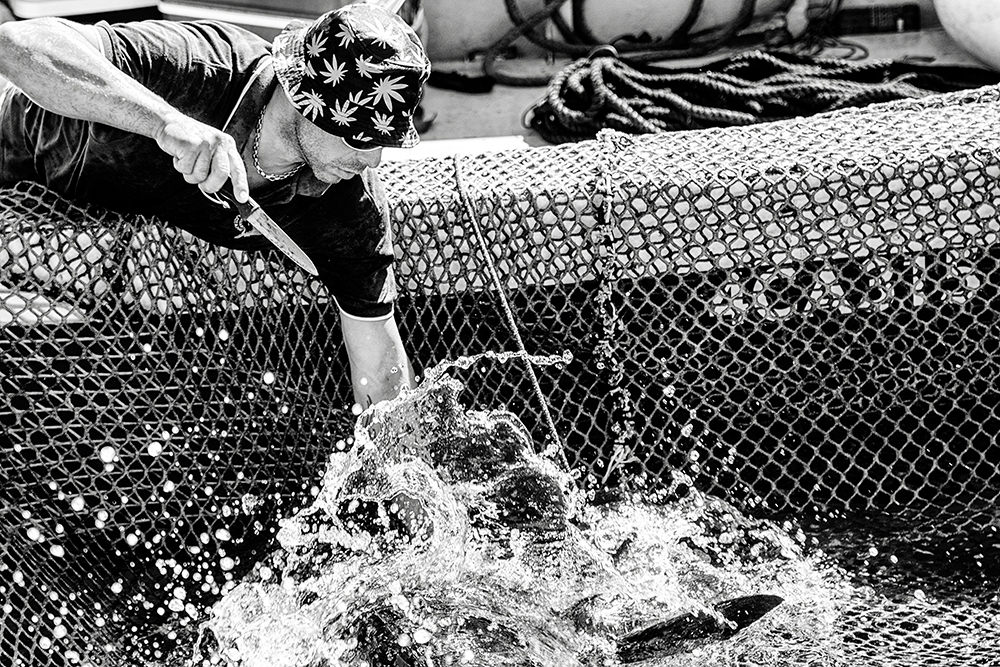 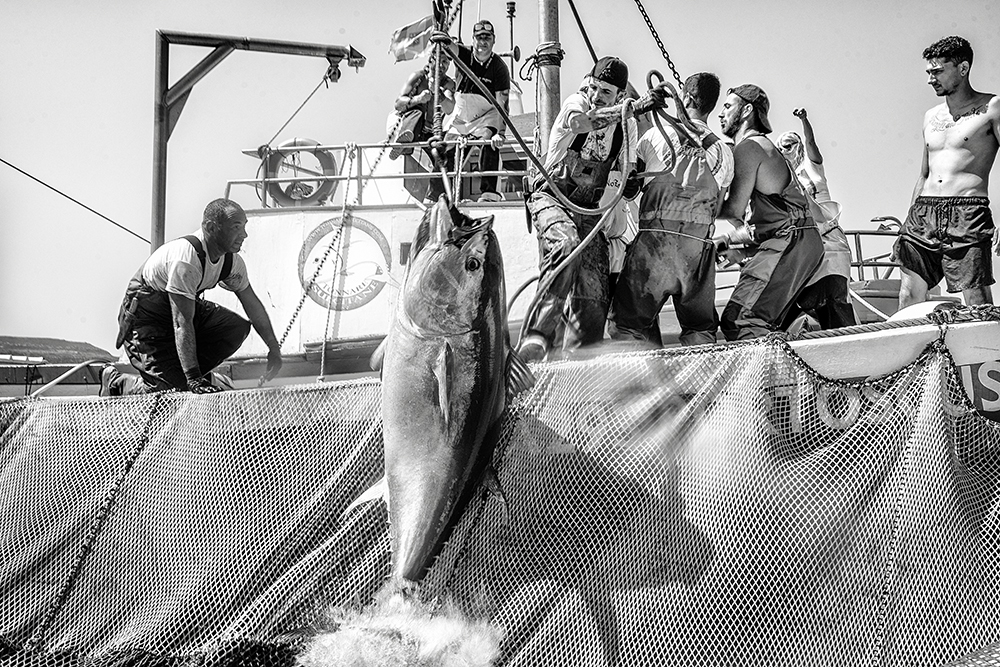 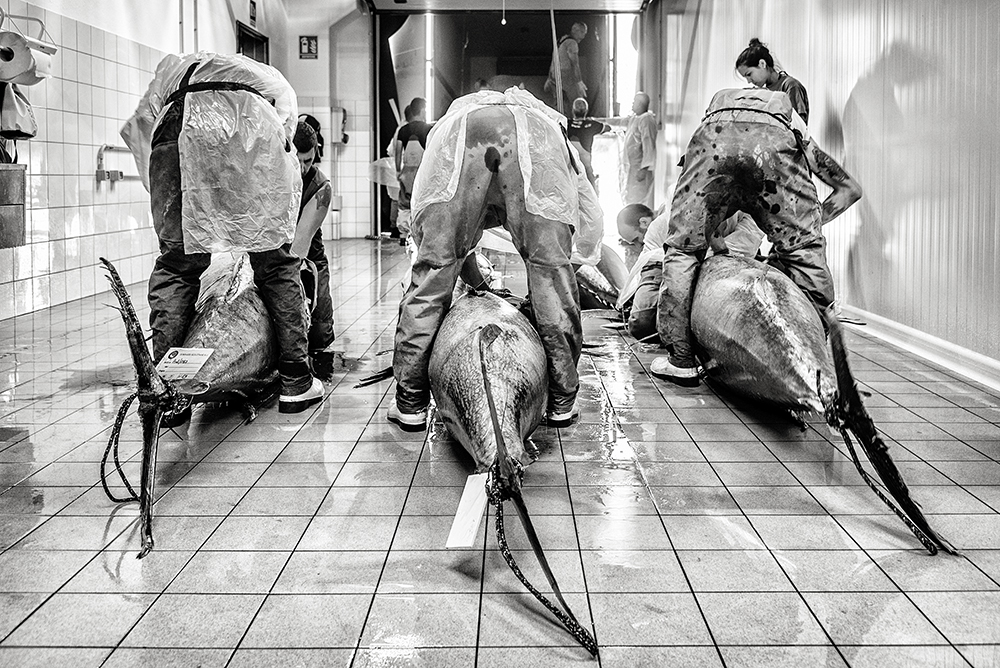 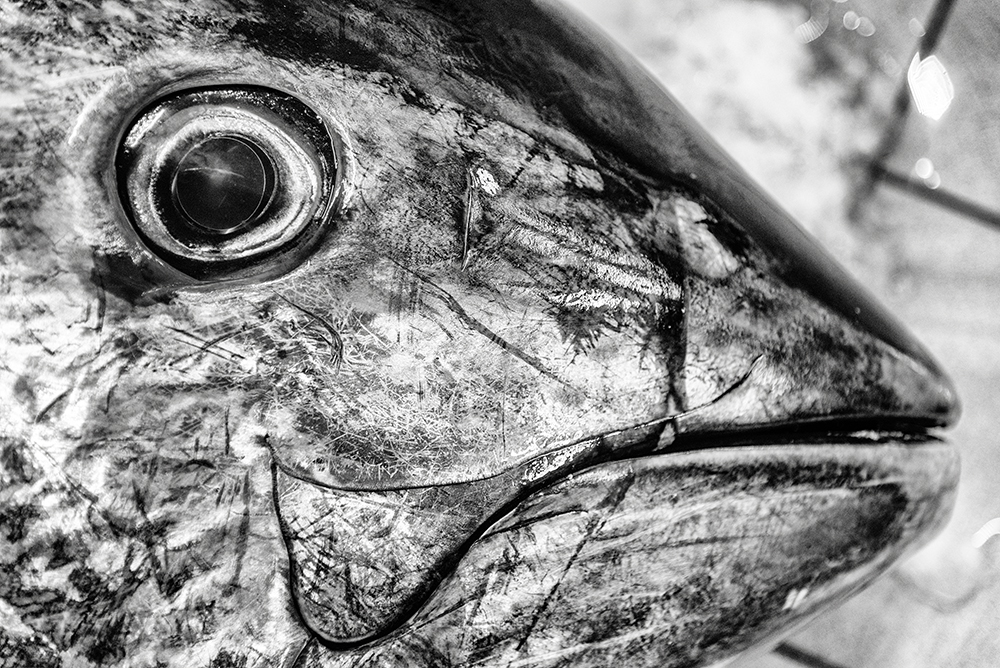 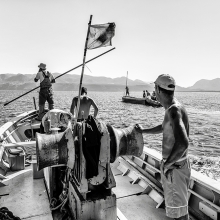 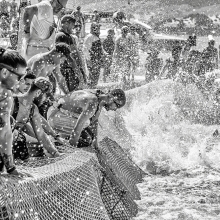 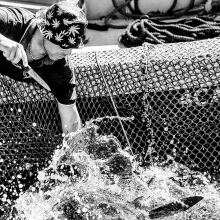 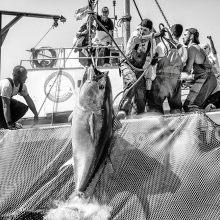 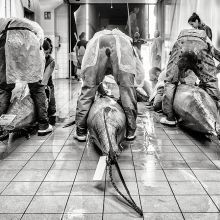 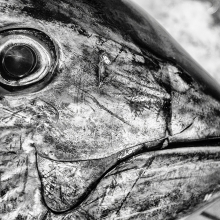 Porto Paglia, Sardinia, Italy - June 2017.
For centuries the local population of South West Sardinia have fished red tuna through the traditional process of “mattanza”. During spring a few miles long fishing nets are dropped, waiting for the red tuna to pass along the coast to lay the eggs. When enough fish is trapped in the fishing net chamber, fishermen surround the net with their boats and raise the bottom of the chamber until nearly no water is left. Tuna are then stabbed, hooked and lifted on board by fishermen bare hands. The hard and dangerous team work is coordinated by the so called “Rais”, commander of the fleet and experienced fisherman. Back to the land, tuna are weighed and transferred to the facility where they are eviscerated and prepared for either consumption or preservation by the very same men.