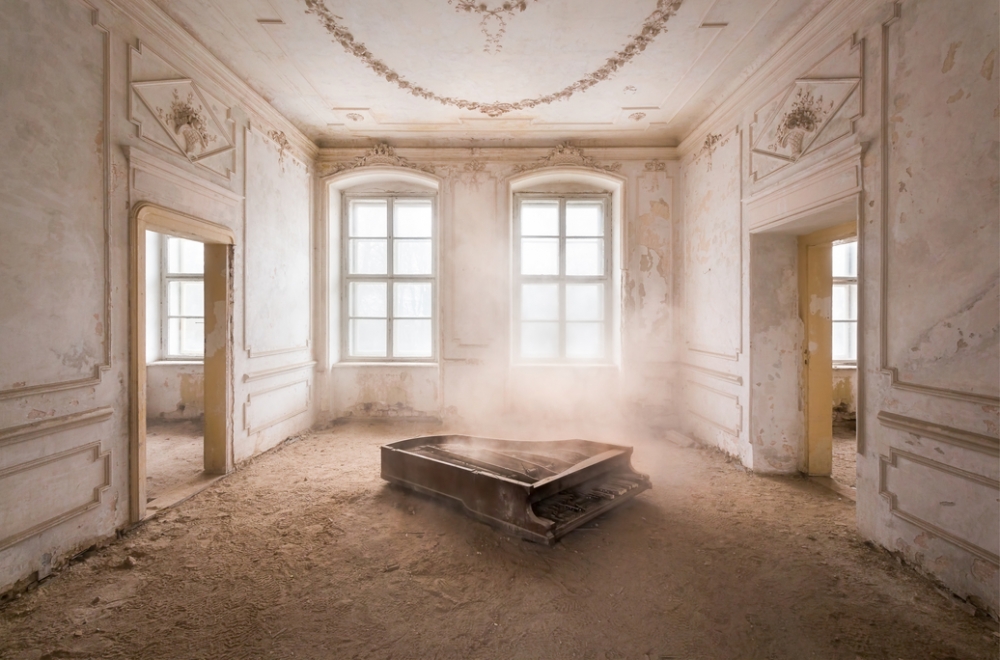 This is a photo of a room in a very impressive abandoned palace. It’s a massive building which is currently under renovation (exterior and interior).
The original building was built in the 13th century but in the 17th century the palace was expanded and transformed into a residency. It has had many different owners and in the 19th century it was uninhabited for several years. At the very end of this same century a wealthy American bought the palace as a wedding gift for his daughter. They invested a lot of money in repairing the castle and bringing back its former glory. During the 2nd World War the palace was used as an archive facility and was therefor heavily guarded. It didn’t suffer any damage during the war. After the war it was used as a sanatorium for children.

My name is Roman, a 30-year-old urban-obsessed and award winning photographer, born and raised in the enchanting South of the Netherlands. I shoot unique photos of undisclosed abandoned places. It’s the area of ‘Urban’ Photography.

When I started my Urban photography journey, I mostly saw empty, abandoned and decayed buildings. It didn’t take long before curiosity struck me. What was the story behind those buildings? Who used to live there? What purpose did these objects serve and why were they abandoned? This curiosity created a close bond between me and Urban photography and I have since visited so many beautiful locations all over the world. The opportunity to take a peek behind closed doors is a truly unique experience, both relaxing and enticing at the same time. I immerse in the surroundings, but am also watching my every step and listening closely to every sound trying not to draw any attention.

I specialize in uniquely capturing interiors and exteriors of a variety of buildings, working with natural light only.