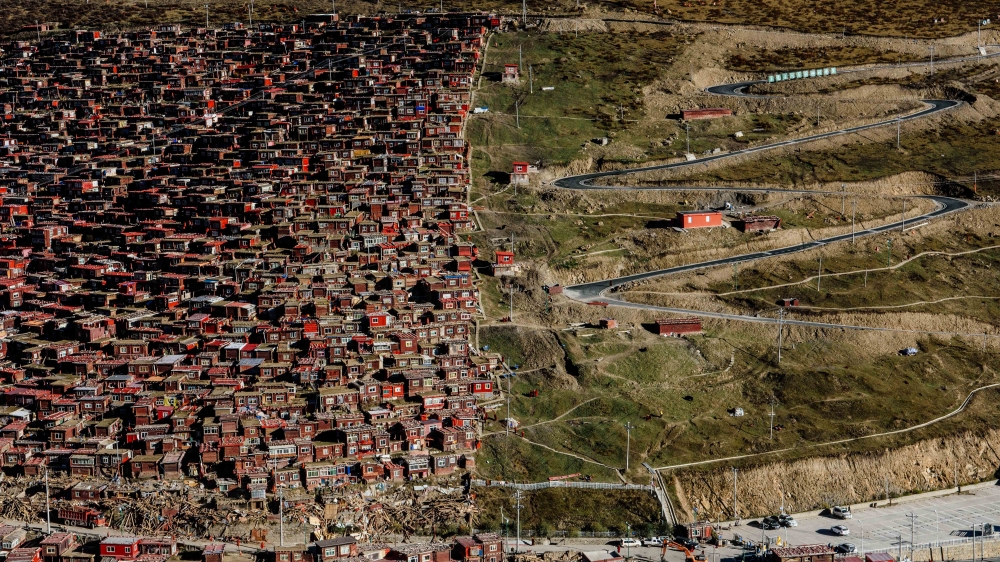 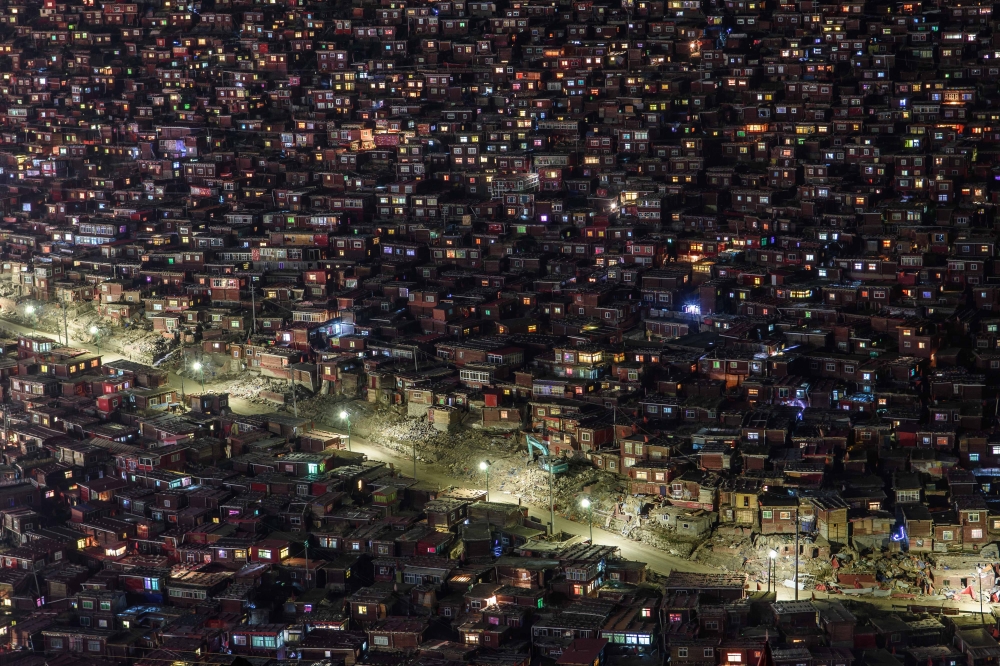 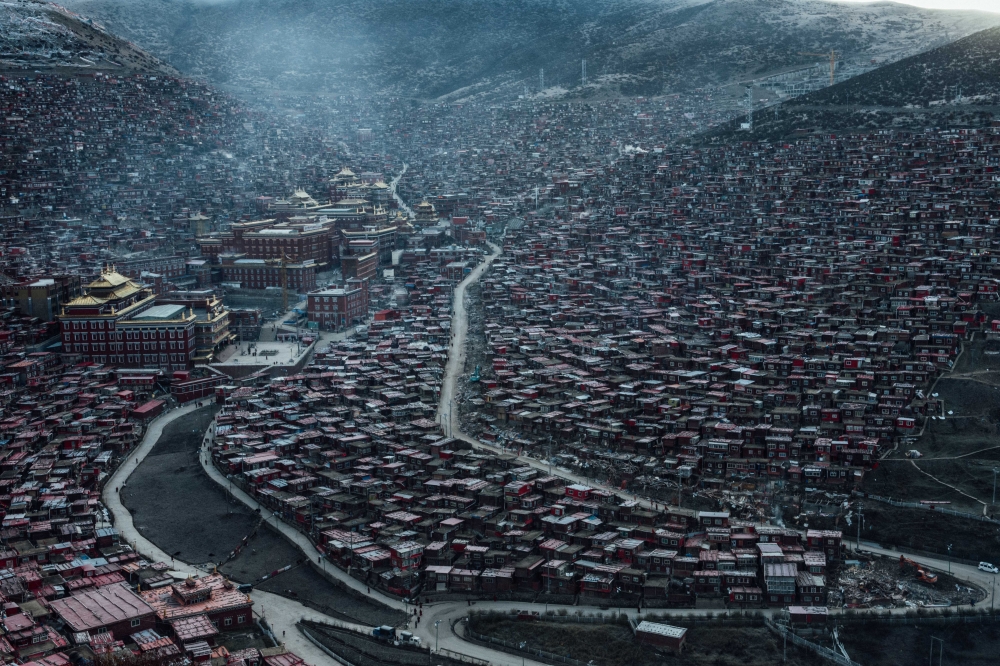 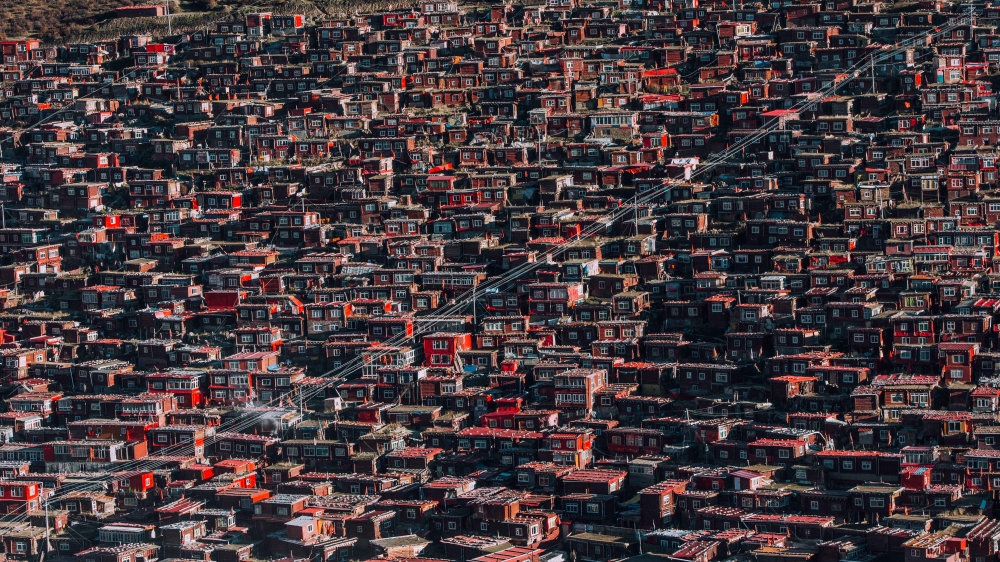 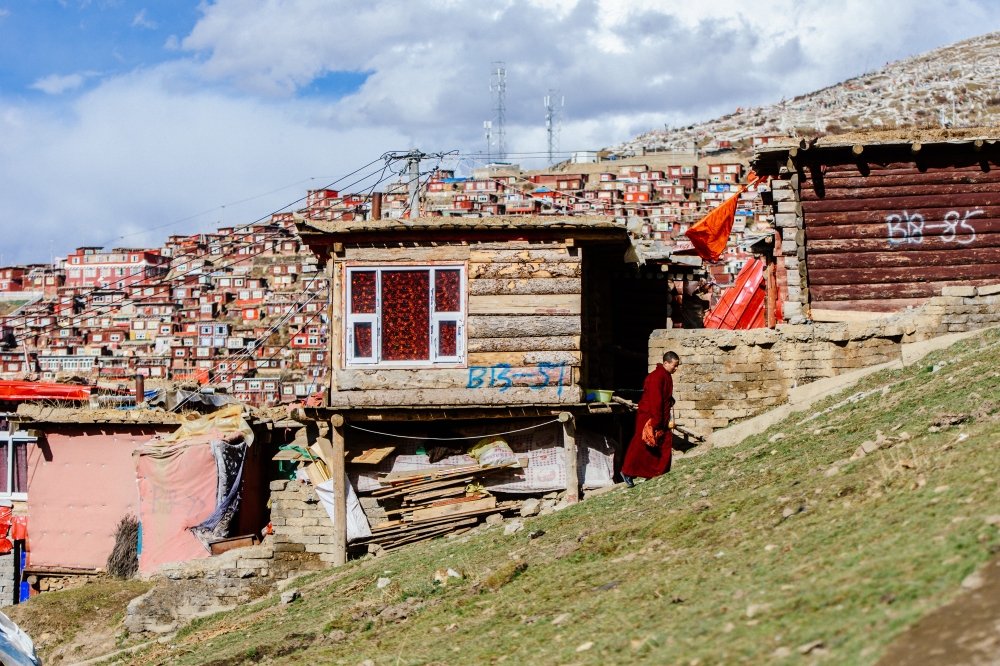 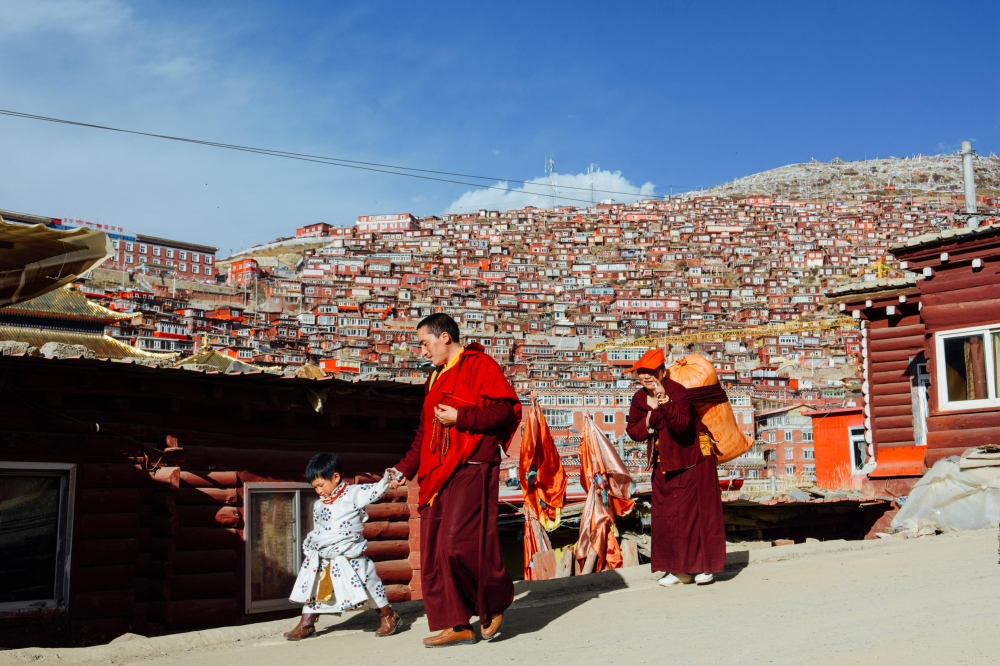 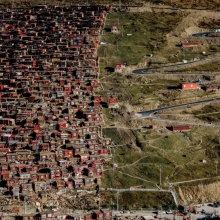 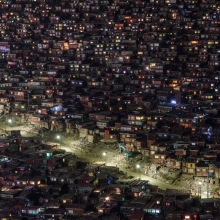 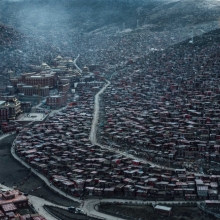 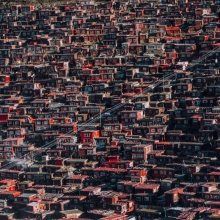 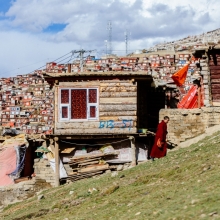 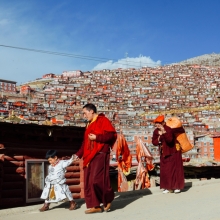 This shows the view of Larung Gar Buddhist Academy in Sertar, Sichuan, China. The scene of destroyed buildings near the road is conducted by China government due to political and religious persecution.

Larung Gar Buddhist Academy is a spectacular monastery which is a famous of full mountain's red house where Buddhist lives in.

Despite its remote location, it grew from a handful of disciples gathering in Khenpo's home to be one of the largest and most influential centers for the study of Tibetan Buddhism in the world, numbering to nearly 10,000 monks, nuns, and lay disciples by the year 2000.

However in 2016, reports emerged from Tibet that there was mass demolition drive by China Government which the authority claims there is a fire safety issues. The freedom of Monks are suppress and force to leave. It may the last scene of Sertar.

Born in 1993, a youngster lives in Hong Kong. As the political conflict intensified of Hong Kong in recent years, he participate in recording the political activities, cultural integration and the change under urban development. He gets the 3rd place Place of category winner in Book Proposal (Series Only) and Gold in Non-Professional Book (Series Only, Documentary) in PX3 2017. He also get commended in 2017 Sony World Photography Awards (open cometition, architecture).