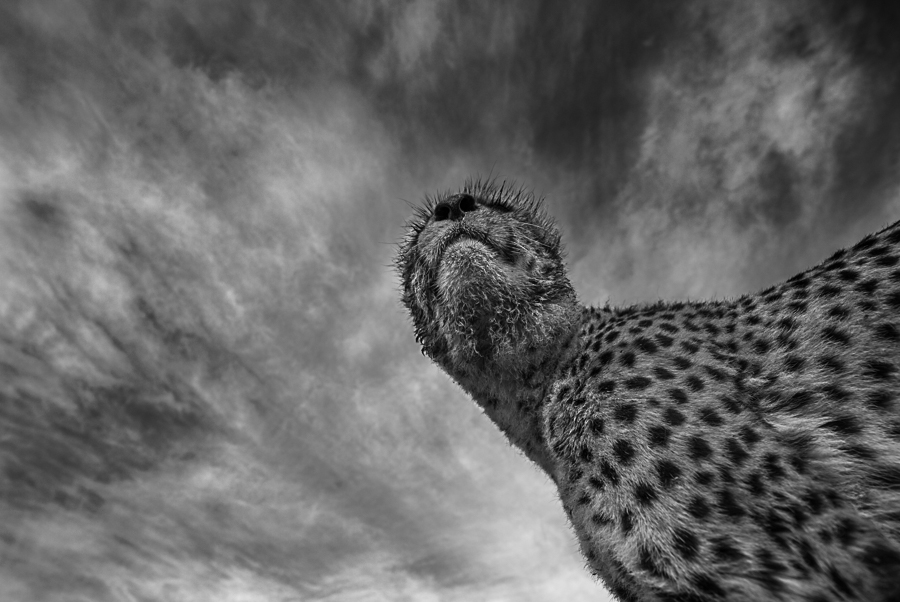 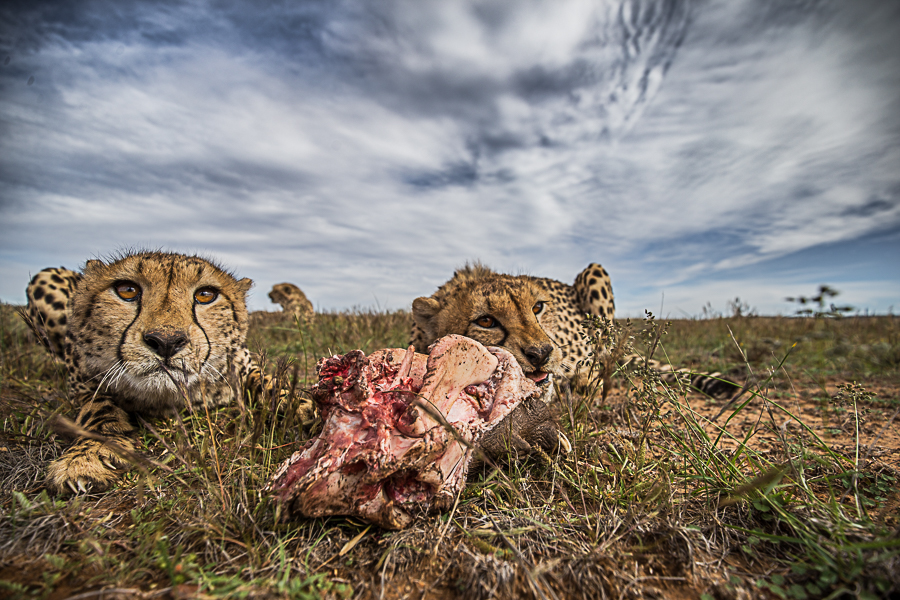 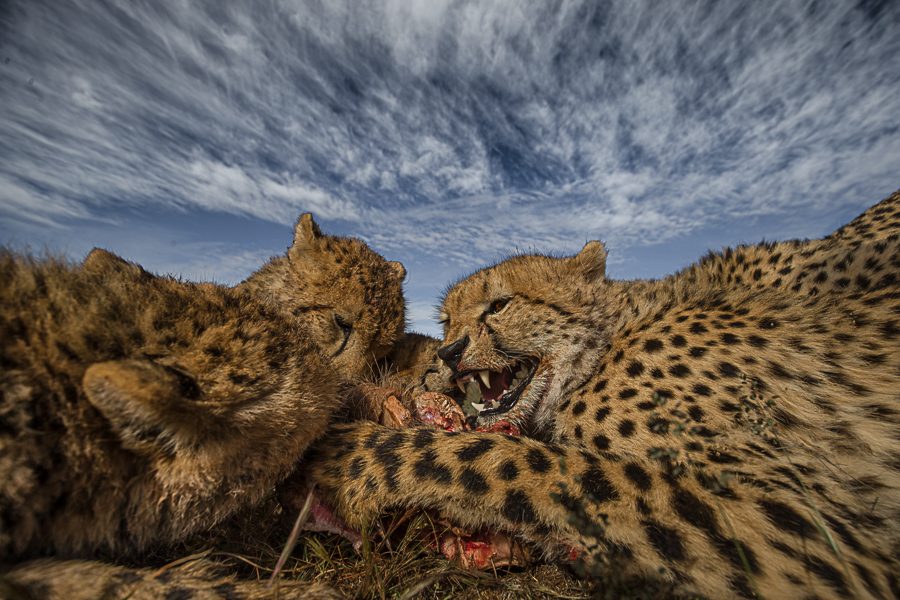 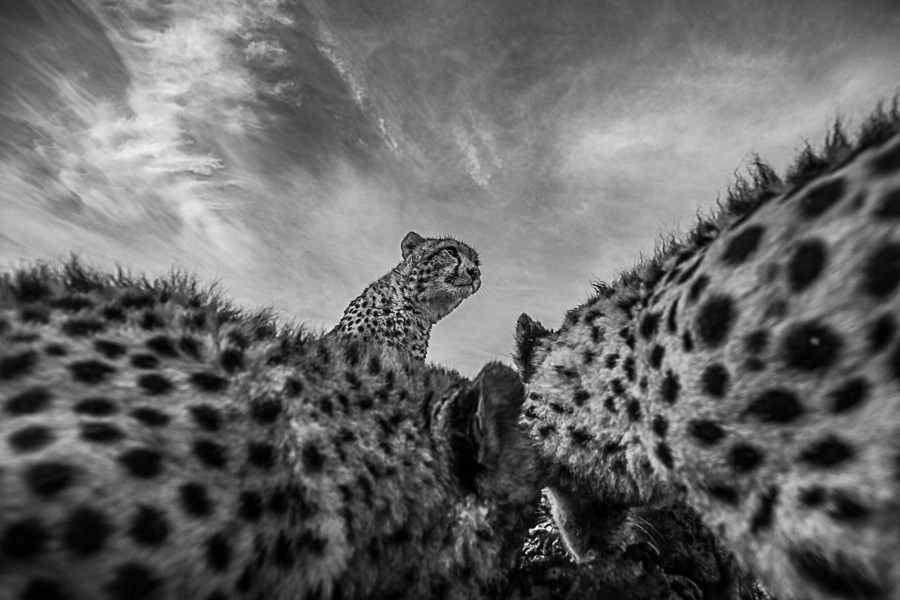 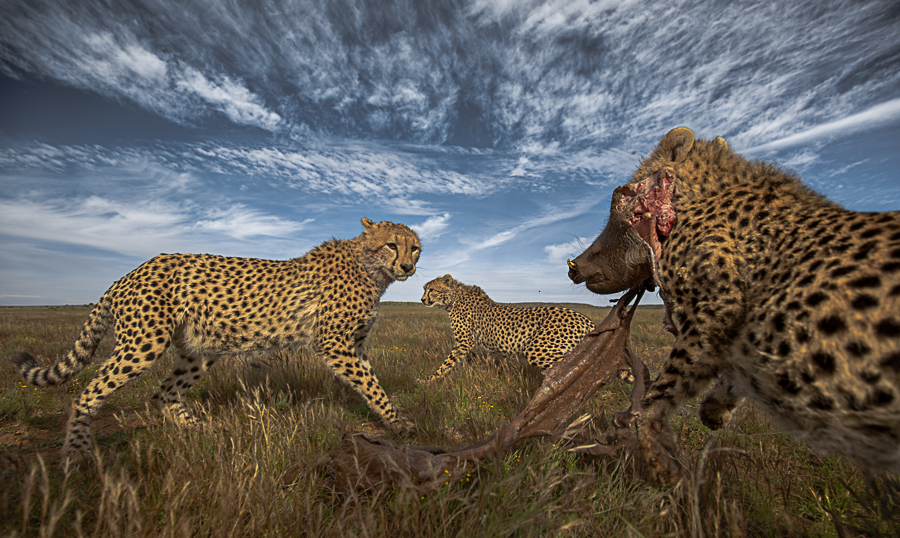 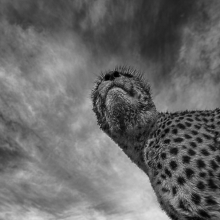 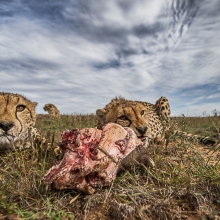 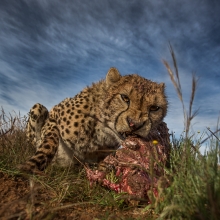 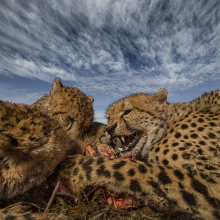 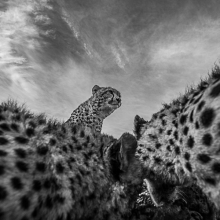 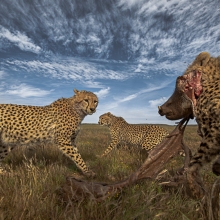 Animals are born into a dangerous world and thus surviving is part of a complex competition. I could witness that in the unending plains of the Karoo, in South Africa, in a wildlife reserve called Tiger Canyons, where a cheetah mother lead her 5 sub-adult cubs on a warthog hunt. In a swift movement, the experienced matriarch grabbed a warthog that was nestling in its den. For her it was a matter of feeding the siblings as well as a lesson of survival skills for a later stage in life.

Cheetahs have a reputation for being docile in comparison with other big cats. For years I have photographed cheetahs and in some wildlife reserves in Southern Africa they let you approach them or they approach you: sometimes they jump into your car or use the bonnet as a hunting platform. This sequence of picture was taken at a very close distance without the use of robotic devices. To do this, you need to observe the cheetahs for quite some time to find out whether they will let you approach them and be guided by an experienced ranger who knows well the these animals’ habits.