Sandra Hoyn (Germany)
A Place on the Train 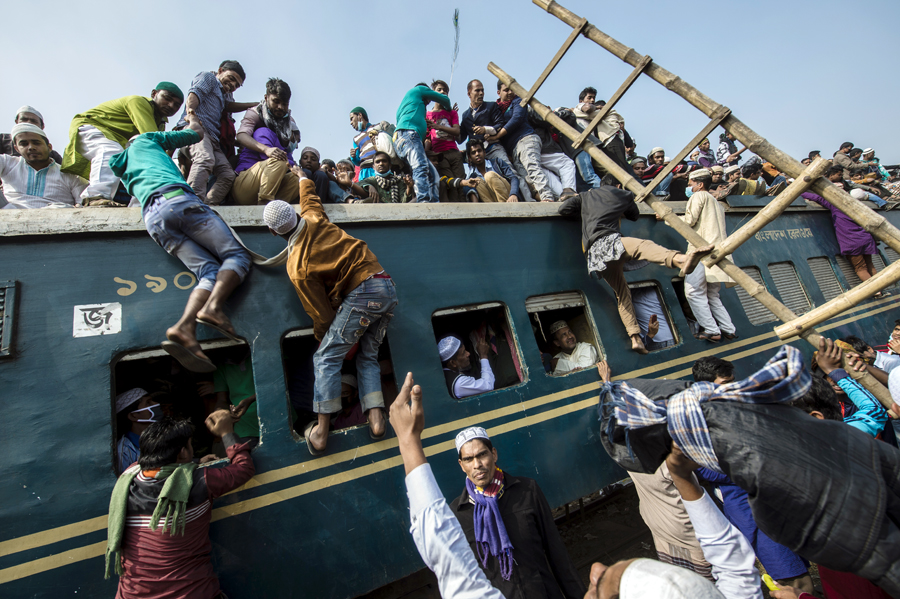 People try to get a place on the roof of the train after the end of the Biswa Ijtema, the second largest Muslim gathering in Bangladesh at Tongi near Dhaka. January 17, 2016

Sandra Hoyn studied photography at the University of Applied Sciences Hamburg, Germany, graduating in 2005. She started working as a freelance photojournalist for magazines, NGOs and on her personal projects, concentrating on social, environmental and human rights issues. She worked in various countries in Asia, Africa and Europe. Since 2007 she has been represented by laif, agency for photos and reports.