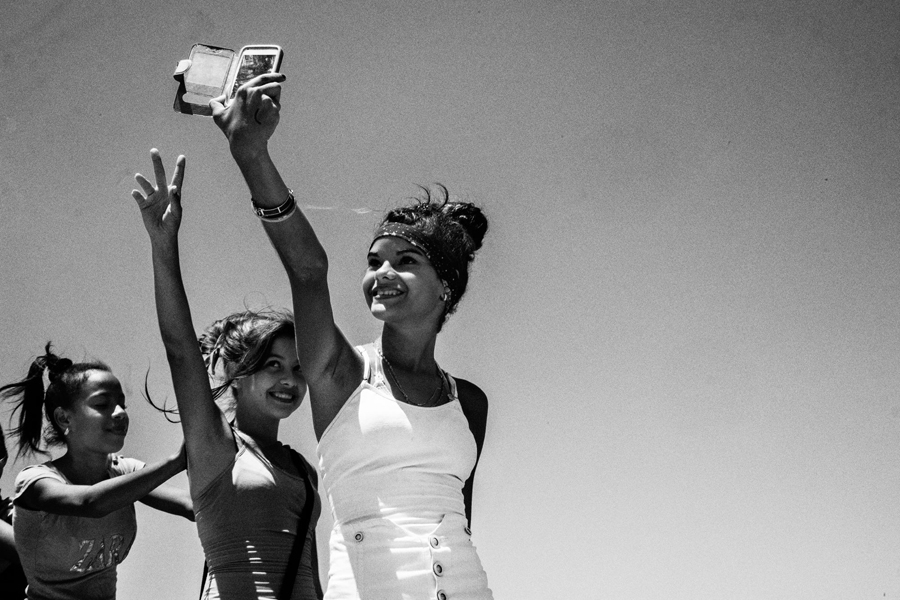 Selfie Time. The Cultural Revolution in Cuba.
The Havana, Cuba, May 2016

Luciano del Castillo, Palermo 1960, started working in 1980 as a photojournalist in Palermo for daily newspaper “L’Ora” and the agency “Informazione fotografica” by Letizia Battaglia and Franco Zecchin. In 1987, Castillo collaborated for "Action Press" in Hamburg on issues in Eastern European nations such as Romania, Poland, Hungary, and Yugoslavia. In 1986 and also from 1994 to 1996, he realized monographic dossiers for Iberian television TV3. In 1994 in Rome he worked for national and international newspapers and magazines. From 1995 to April 2002, he worked for Agenzia Internazionale Stampa Associata (a.k.a. ANSA), an Italian news Agency in Rome. From June 2002 to January 2004, worked for the Associated Press in Rome. He has been working for ANSA since December 2005. In 2012 he published the photographic book“Poesia escondida, La Habana Cuba” (awarded Second prize in the Tokyo Foto Awards 2016 Competition) Tempesta Pub.; in 2014 he published the photographic book “Dalla luna al vento (awarded Second prize in the PX3 2016 Competition), Tempesta Pub.
www.lucianodelcastillo.it
http://en.wikipedia.org/wiki/Luciano_del_Castillo