Christopher May (Ireland)
Between a rock and a hard place 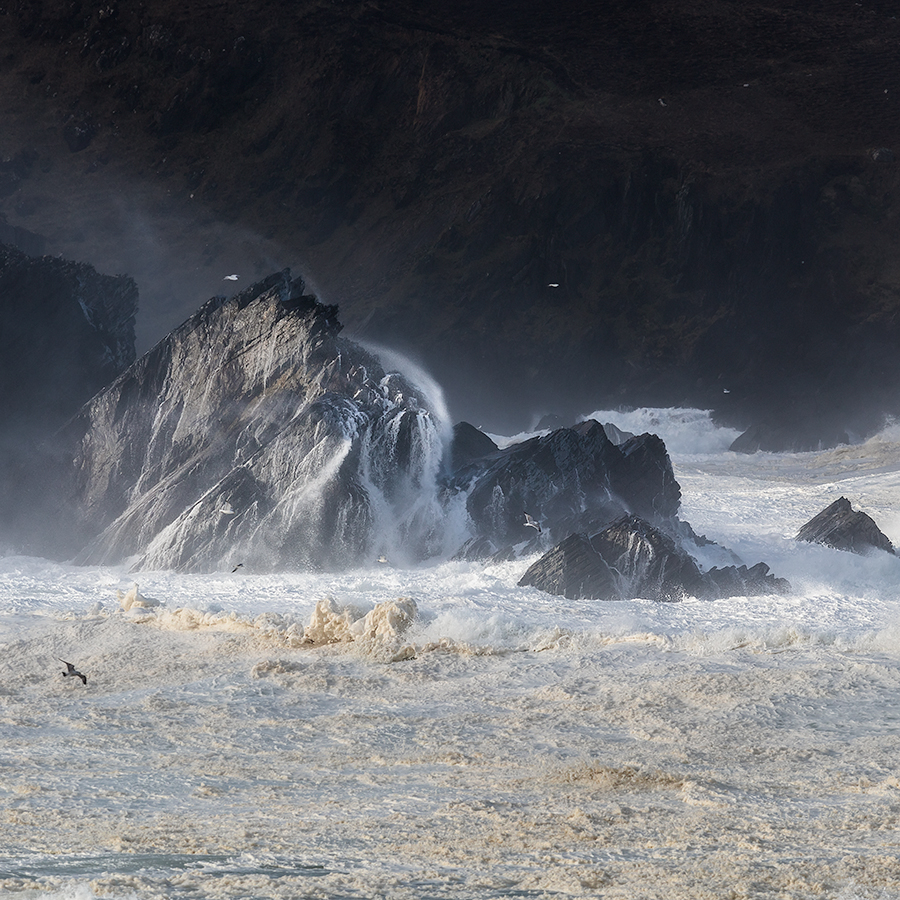 There is a saying used by fishing folk round here that originates from being caught between the rock and the shore where the tide race would pull a boat apart. Between a rock and a hard place, they say. This is the rock.

hris May is originally from Cornwall in the UK where he learnt the art of photography. He ‘blew’ into Ireland in 2002 and worked for seven years as a theatre photographer, allowing him to explore the developing world of digital photography through the highly creative world of the stage, before going freelance.
He won the prestigious An Taisce heritage photo award 2011, Multiple Deviant Art Daily Awards and the Mountaineering Council of Ireland Award in 2013 in spring of 2014 he was shortlisted by National Geographic for a photographer of the year award and his work has been featured in the National papers; Irish Daily Mail and The Examiner newspaper. He has received Gold awards from the Society of Landscape Photographers 2014 and first prize from the Alien Skin photographer of the year Landscape section. His photographs have since been recognised by several more awards and publications.
Chris’ work seeks to capture the emotions and the moods of nature, reflecting the power within our environment and evoking its beauty. He specialises in landscapes, events, people and his passion - seascapes.
He lives in Ballineanig on the Dingle Peninsula with his partner, Ursula, and his young son, Julian.
“I push the limits of photography to try and capture the time and space of the moment, exposing the underlying emotion of nature and the quiescent feeling that the location evokes. The very reason why the Dingle peninsula is pure magic.”