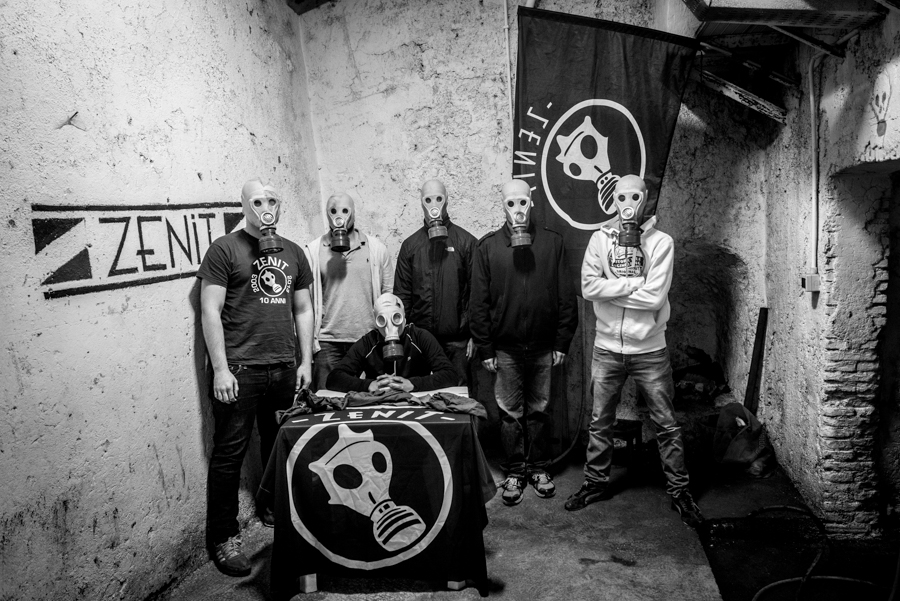 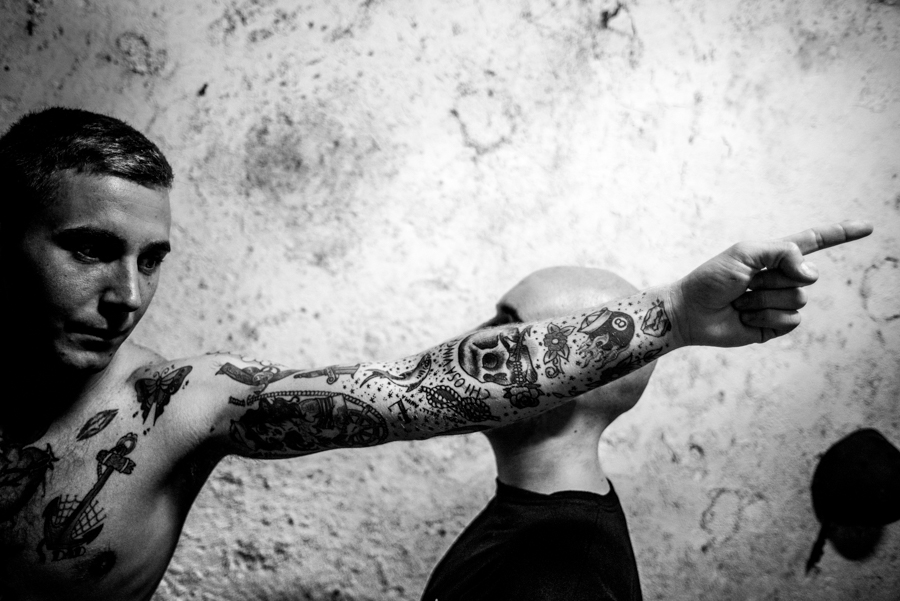 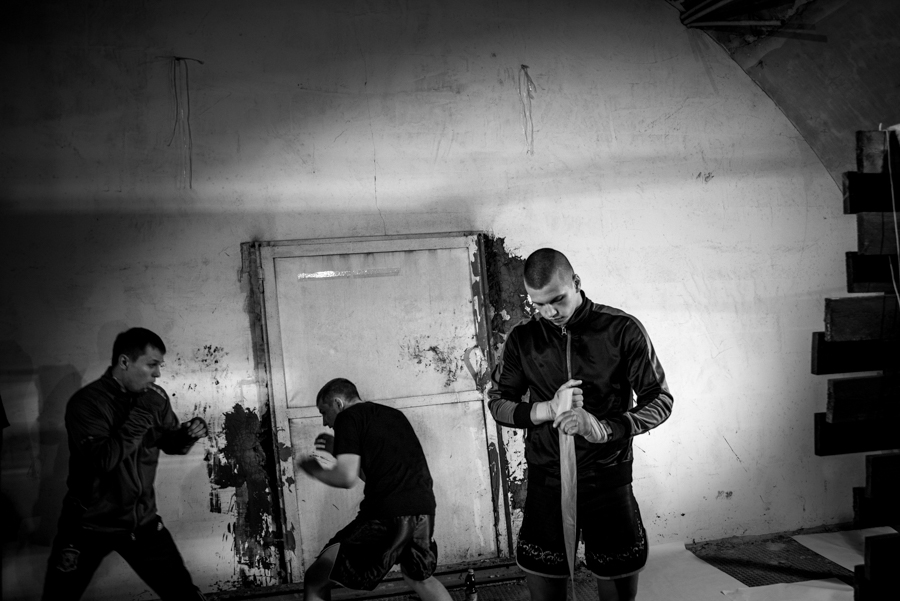 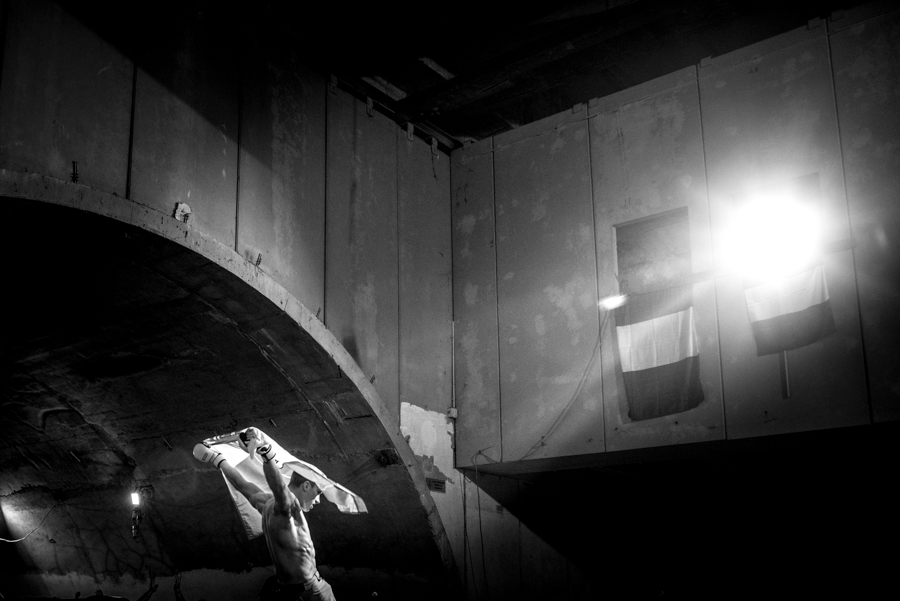 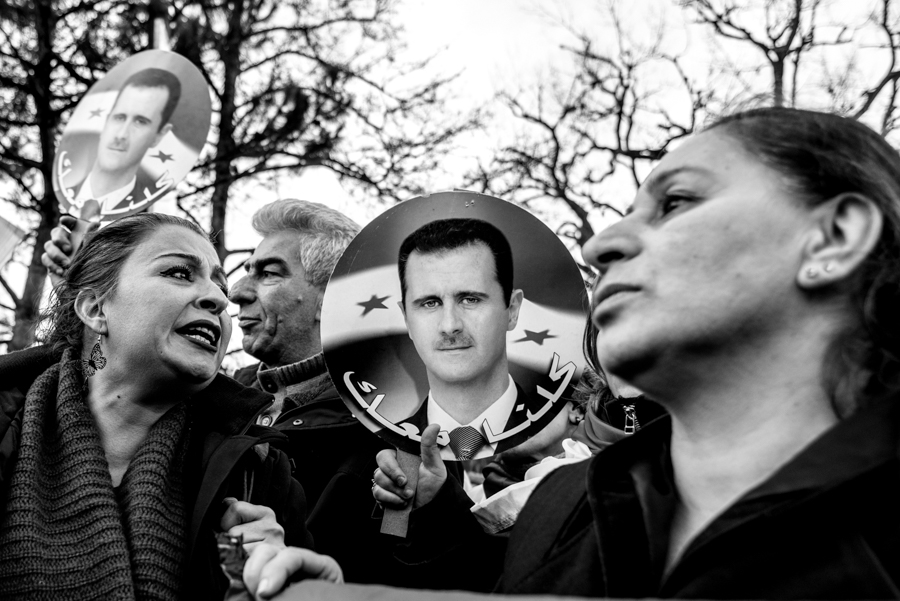 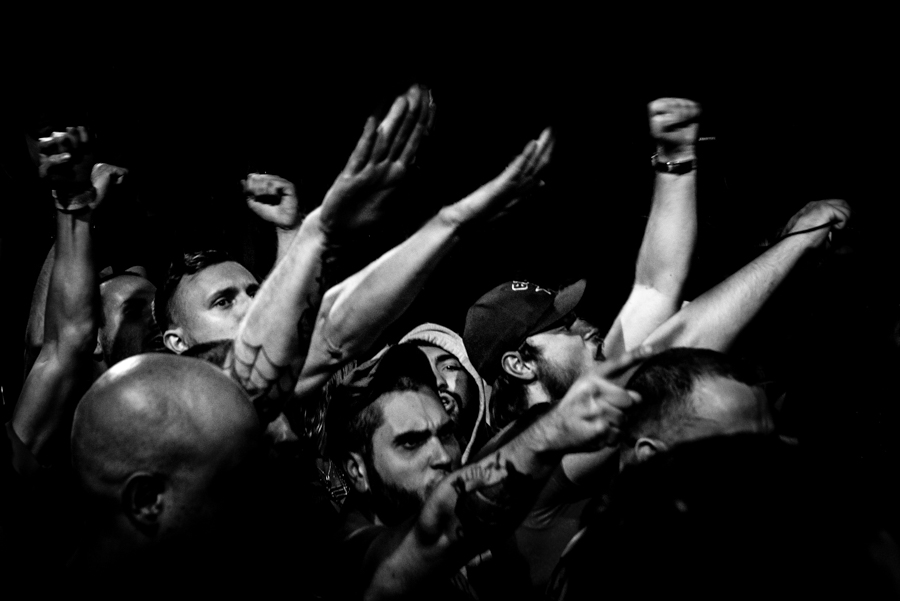 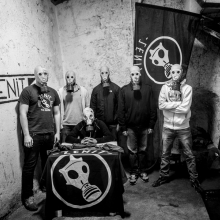 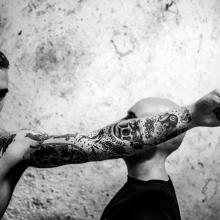 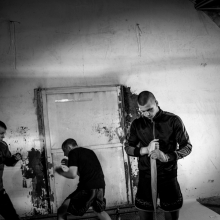 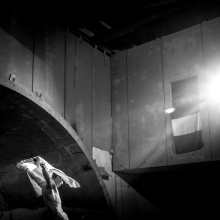 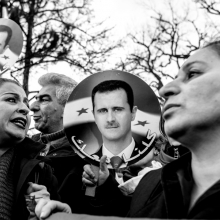 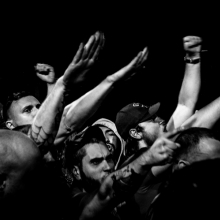 A trip into the complex dynamics of a group, inside the "non-compliant" realities of the far-right in Rome, which is one of the leaders of a political European network that connects all of the communities sharing the same extremist political views supporting various common causes (among others Assad in Syria - European front for Syria, Kosovo pro-Serbia, supporting the political position of the Serbian radical party - European Front for Kosovo).
This work, focuses on the official activities during the day, on the other side, it is an endless march in the night through Italy and Europe following many young boys and girls for whom words like "comraderie" and "ownership" become a sacred code. symbols are very important for them and sometimes are also impressed on their skin, the alliances are multiple and frequent. For most of them take one side in a battle and make "group" is an obvious choice and a fundamental value.
A travel through Belgium, the Czech Republic, France, Italy, Poland, Serbia and Switzerland that portrait members of these groups from the aforementioned European countries and a few others.

Today in Italy the far right realities are extremely divided and, unlike other European countries where there is a rise of nationalism, they dont refer to a single party able to obtain a number of votes enough to gain strength and voice into the Parliament.
A universe of associations, many of which are released by the dynamics of the parties, divided for political current of inspiration, history and religion. There are clubs, libraries, music genres, sports, student movements and even tattoo artists in this underground and hidden world.
Filter the truth from the media lies is their mission and the gas mask is a real identifying symbol as well as a way to protect themselves from the

Karl Mancini (b. 1978) is an Italian photographer based out of Rome. He started traveling in 1997, when he first moved to New York to undertake classes at the International Center of Photography. He has visited more than 80 countries, with a particular preference for Asia and South America.  He has worked as a freelance photojournalist and writer, following socio-historical and political events and focusing on issues such as child labor, violence against women, the tragic story of landmines (to which he has dedicated years of work) and genocide, which he reported on from eight different countries.
He continued studying photography in Rome, and pursued a Master’s in contemporary journalism.
His works have also been exhibited at the Visual Art Gallery in Delhi, Fotoleggendo Festival in Rome, Head On Photo Festival in Sydney, Athens Photo Festival, PhotoVisa  Festival of Krasnodar (Russia), earning him awards at IPA - International Photography Awards and MIFA - Moscow International Awards.
He was selected as one of the Emerging European Talents by the online magazine LensCulture and was one of the finalists at Portfolio Italia 2014-Fiaf.  In 2015 he published his first photographic book "ITALIANSKIJ". Since January 2014 he has collaborated with the agency Echo Photojournalism, and in 2015 he has been appointed staff photographer.