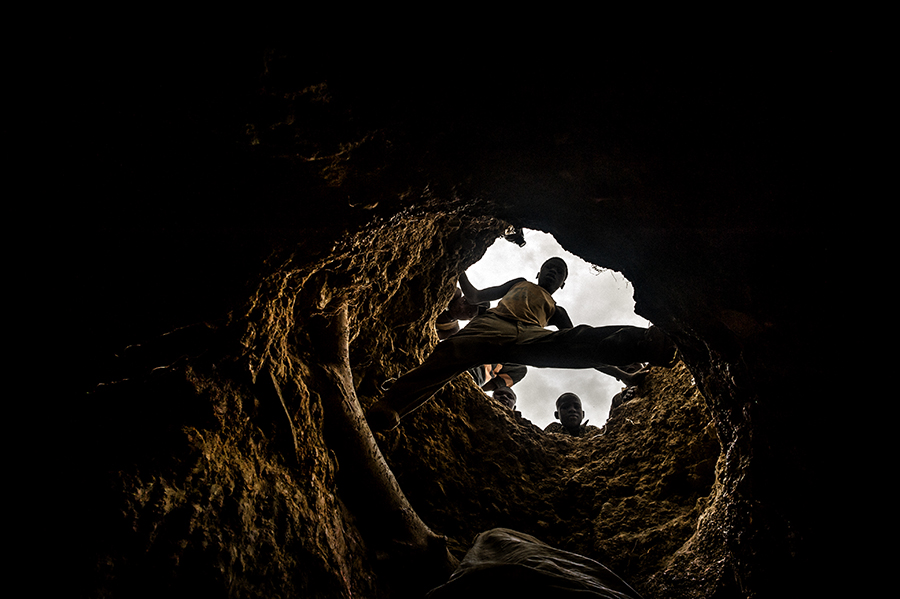 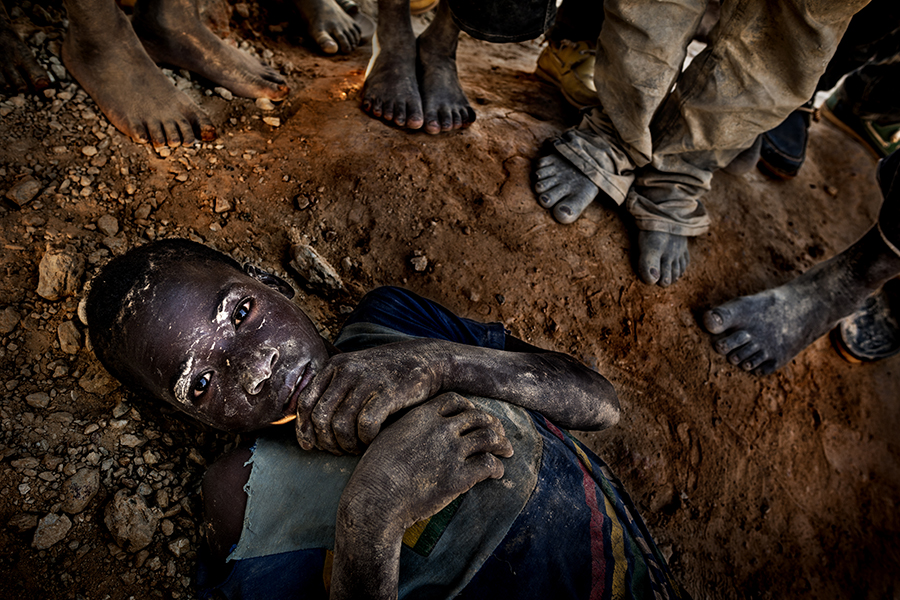 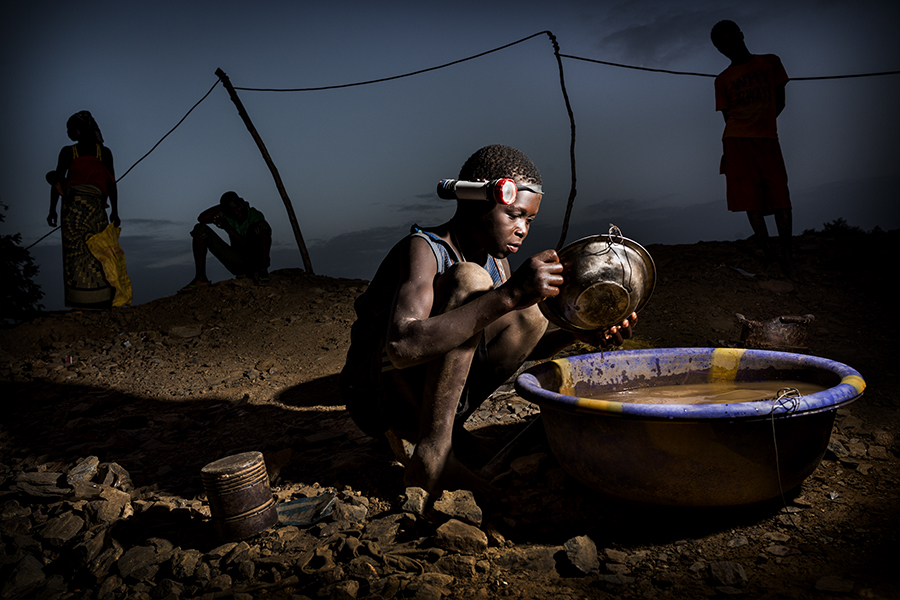 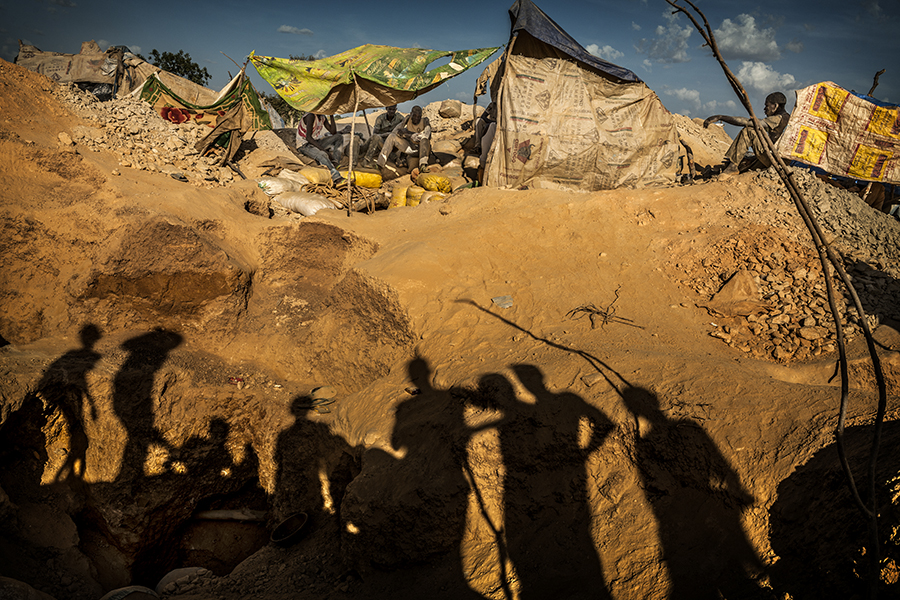 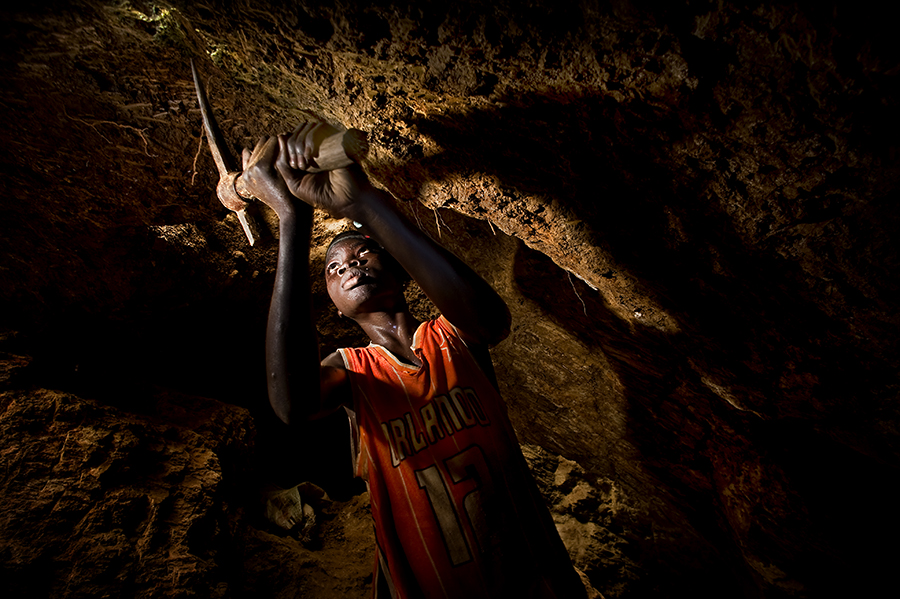 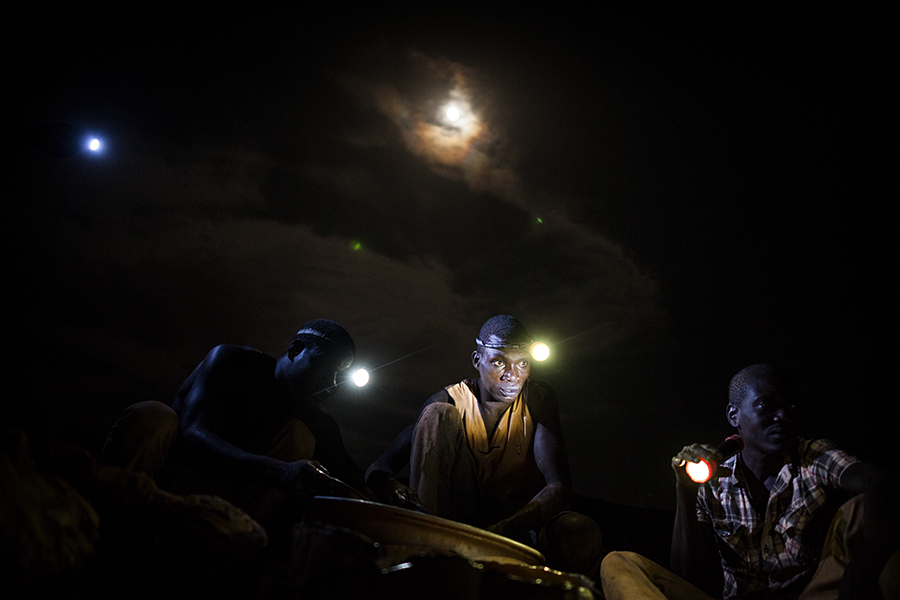 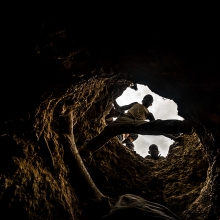 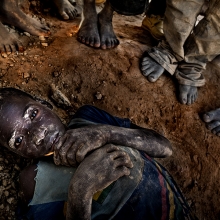 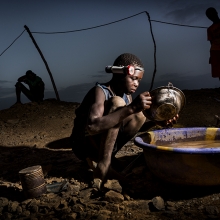 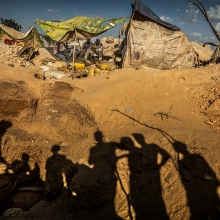 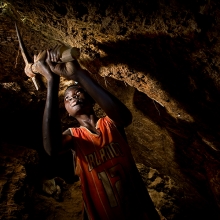 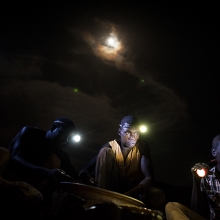 And there it was, amid the absence as a savanna. Hidden among rough rocks, among weeds and trees scattered starving the hot plains. Under a blazing sun hammering the senses. No rest, no mercy. A million light years from known safety and comfort. In Africa, always in Africa. Always in the distance, always in the middle of nowhere.

The hole, "le trou ".
Wandering of battered bodies out of necessity. Burly, sweaty, hungry. Men, women, children. Many children. Too many. Back in the harsh and inhospitable place of grief.
There are places in this sometimes beautiful planet that we live fighting for survival and it becomes simply too hard and pointless. The hole. Wandering frantic bodies in and out of the depths. No rest. Day and night. Eternal. Endless. Heat, stones and more stones. Hours and hours. Tons of red dirt coming out relentlessly from the bowels of the earth. The sound of improvised mortar fills the air, surely. Blimmmm blimmm blimmm... Stones and more stones. Hits and more hits. Blimmm blimmm blimmm... Sun. Heat. Holes and more holes. Earth and earth. Red like blood. Blimmm blimmm blimmm...

Sanna'm. "Gold" in Mòoré language of the Mossi tribe.
Sanna'm. It is very difficult to describe what it means for the inhabitants of the hole, the meaning of that unknown word for me. Life, food, comfort, hunger, sweat, tears... death. All for a handful of gold dust with which to feed the family. Taken with much sweat inside frayed pockets of gladiators in the caverns. Climbing barefoot through the narrow passages of the underworld about to succumb. From hundreds of feet deep. Playing and gambling with death about to collapse. Hours and hours of work into the abyss devoid of fresh air, light, security. Without eating. Almost without drinking. Only hitting the wall of the hole. With eyes dilated about to explode for the elusive glow of a piece of stone. Hour after hour. Day after day. Endless.
Blimmm blimmm blimmm...
Constant hammering. In search of precious golden granites . Ascension of the underworld. Again and again. Constant hammering. Sweat. Hunger. Perennial cough. Disease. Absence, pain... death.

Sanna'm.
Gold.
Somewhere beyond the harsh and inhospitable plains full of rocks...

… A great light at the end of the tunnel.

In 2003 he founds, and since then he presides, the NGO OASIS.

He has exhibited (more than eighty exhibitions) his work in Galleries and Museums.