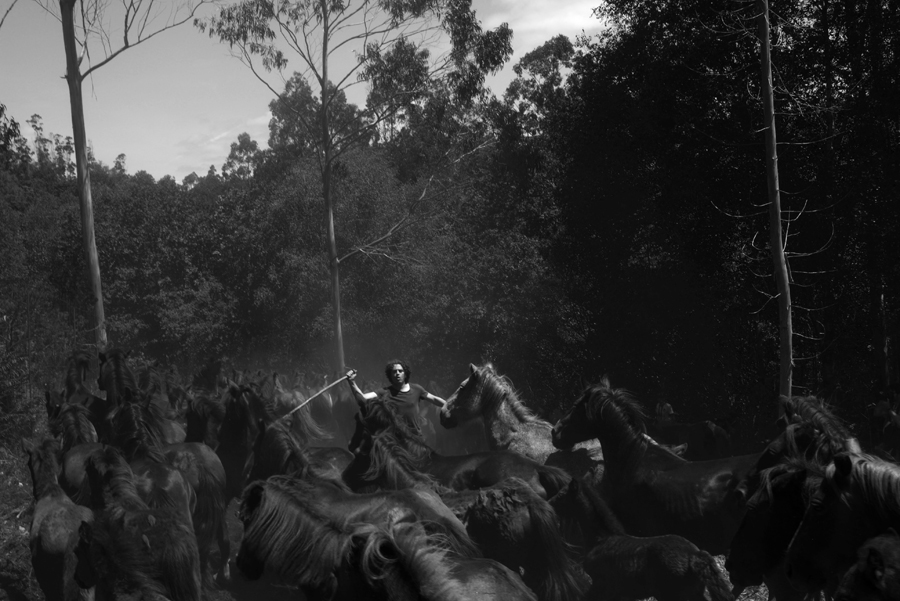 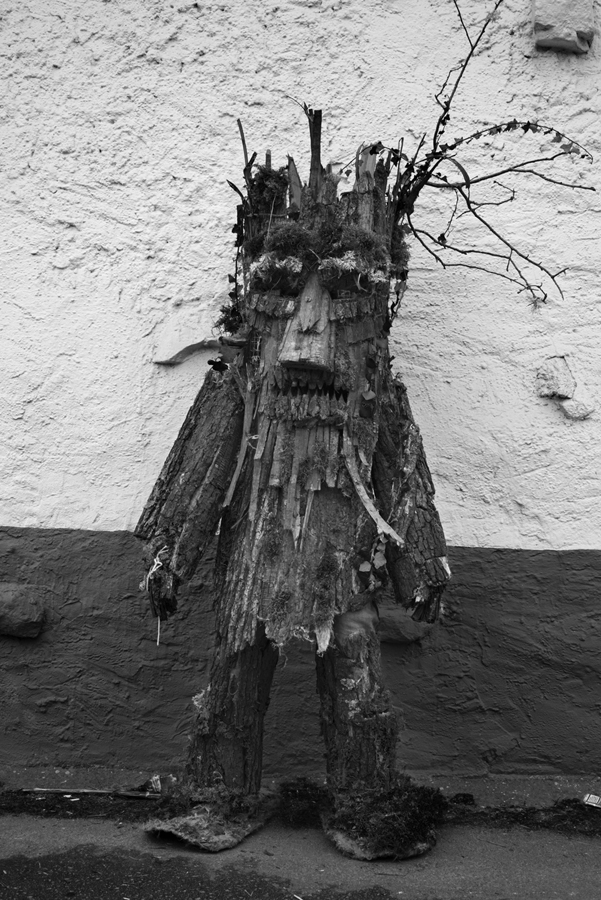 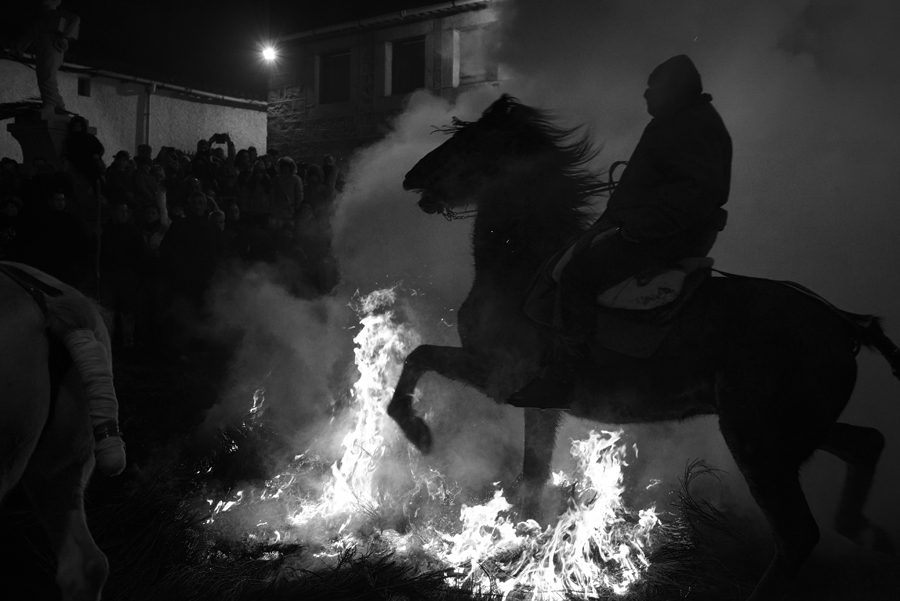 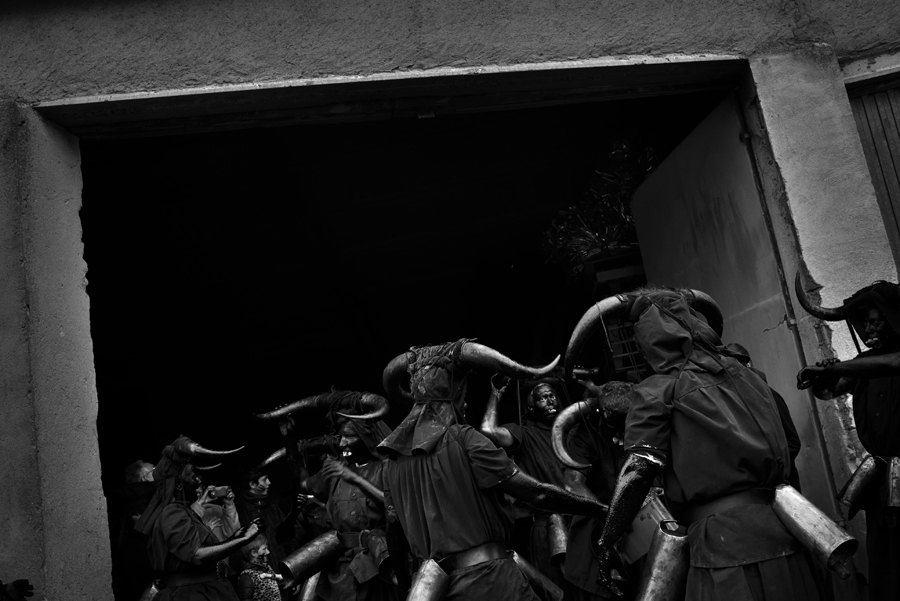 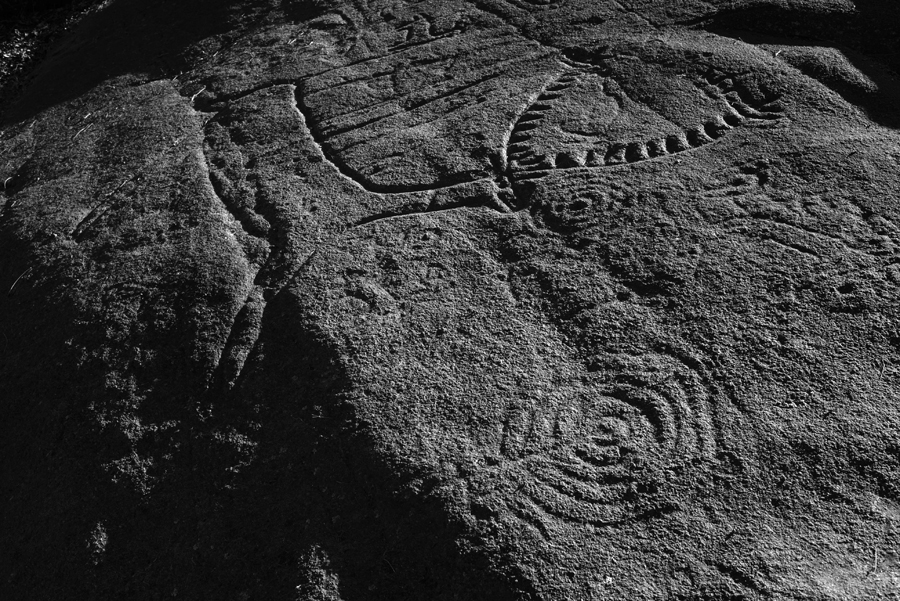 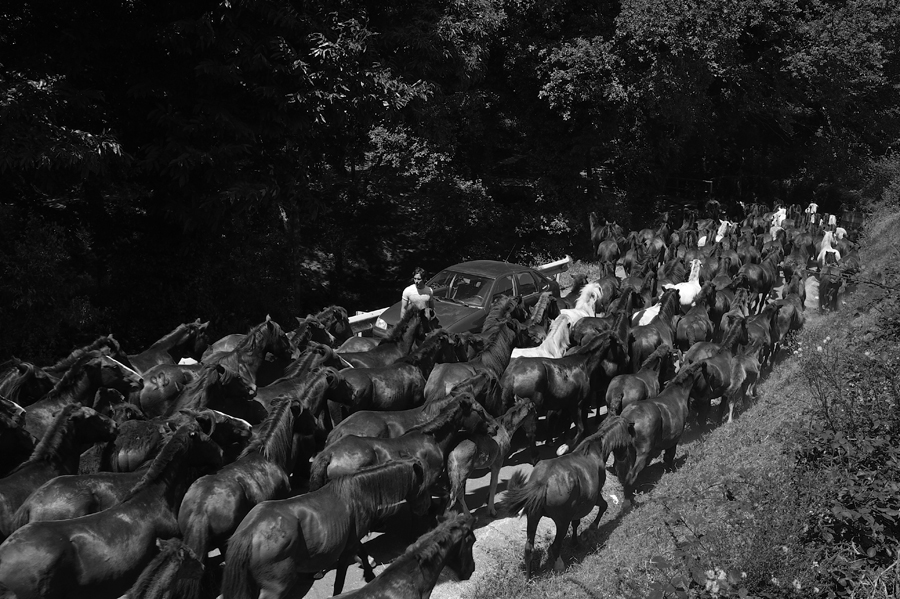 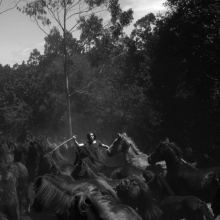 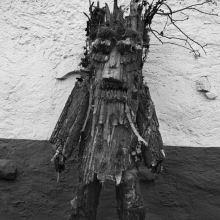 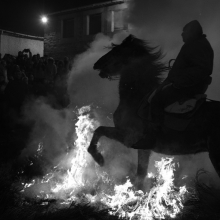 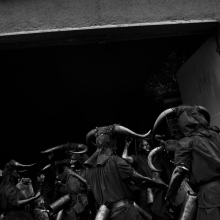 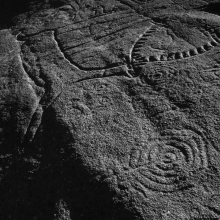 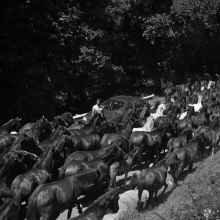 The Iberian isthmus has a great biological diversity united to its peoples since Celtiberian (also petroglyphs by Neolitic communities representing animals were found). It's the West-Europe nature reserve with more than half of animal species and major representative forests. There are several old-established traditions across the Peninsula where animals and environment become protagonist; the horse, the bull or the oak (among others) enrich cultural and environmental heritage in custom affairs that symbolizes, represents and conveys our ancestral linkage to wild nature.
This series is a piece of WeLAND long-term documentary project; on the Iberian Peninsula and its ecosystems, observed from an anthropological perspective that primarily explores social, cultural and environmental issues. The project enquires into us as a species, into our roles with nature as social beings, and into the culture and folklore derived from primary bonds. We are living a crisis as a species, our economic and social systems have reached their limits. Exodus and migrations alert us that there are places where we cannot live anymore. However, nature escapes our whims and will not be expecting us. The rural world is still home to 20% of the world’s population and occupies 80% of the territory. Undoubtedly, we face a decisive time to move forward or backward. If we are to transcend this impasse, we ought to become more involved with the elements, where our emotions awaken spontaneously and where we can get to really feel like ourselves.

Documentary photographer interested in the anthropological kind of contemporary matters. Since early work he shows a boost to border issues with a strong nature characters and stories. He has studies of Philosophie (UCM) and Anthropology (UNED) and starts contributing to international publishing groups as Condé Nast, Gruner&Jahr or Hachette. Currently carries out his projects around worldwide but focusing special attention to local events. Publishing in media as El País, The Economist, Esquire, VICE or Forbes, among others. Adrian’s pictures has been exhibited in countries from Japan to USA and some of these are present in several books and major collections.