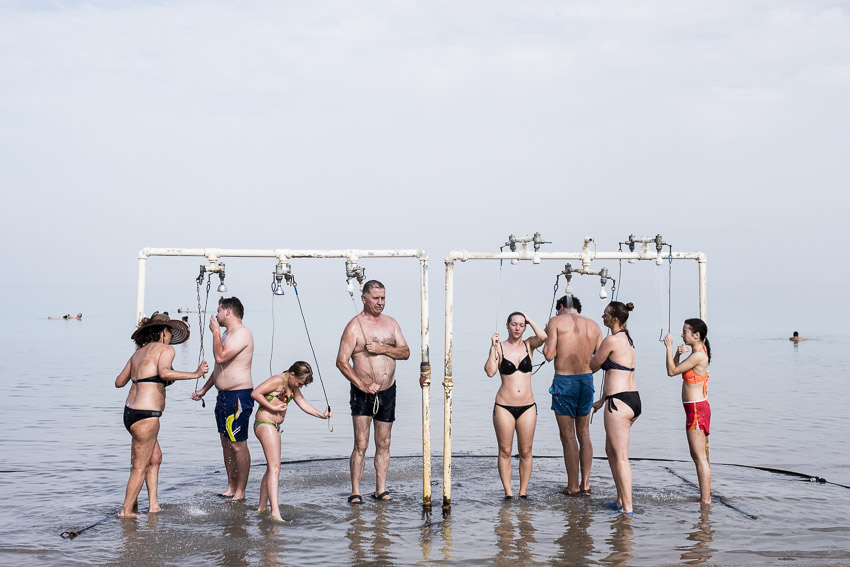 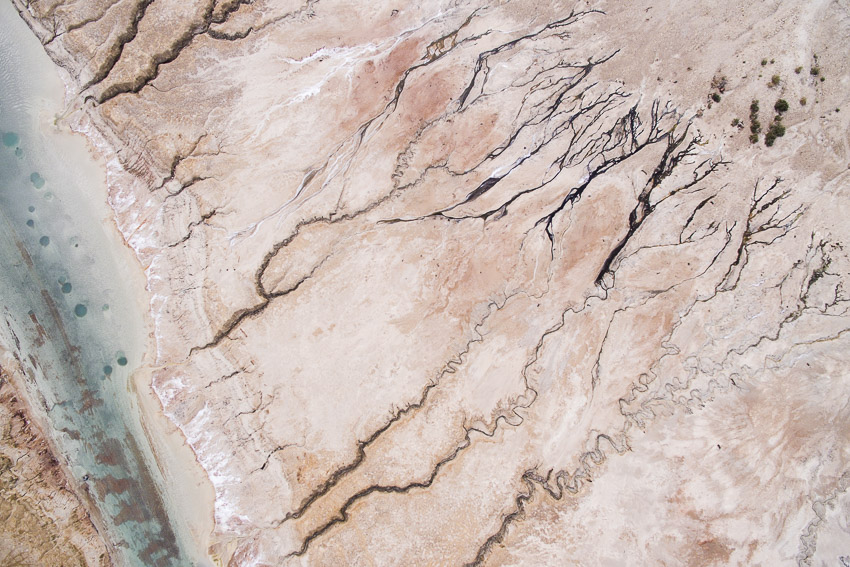 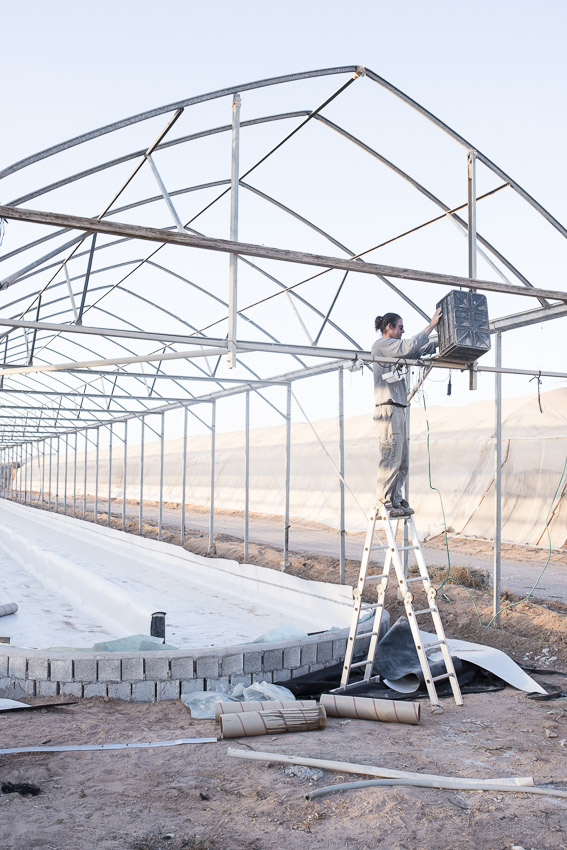 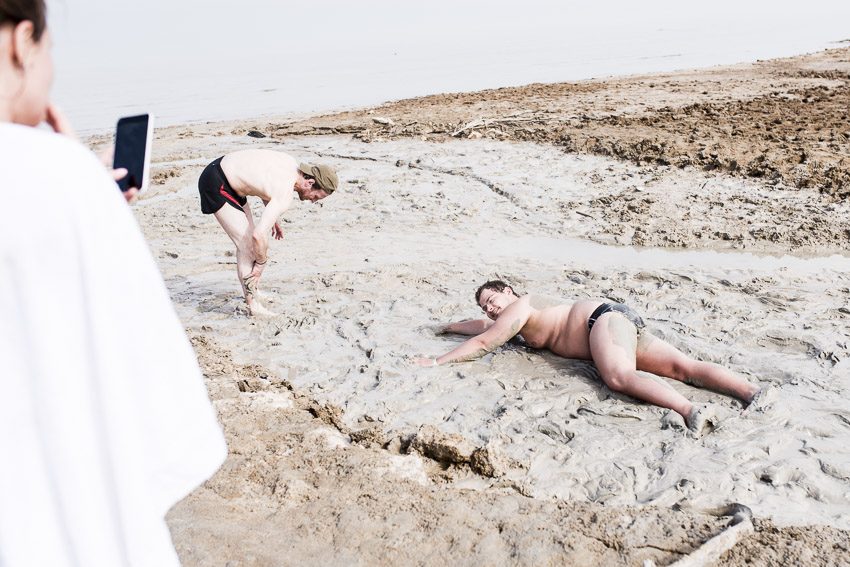 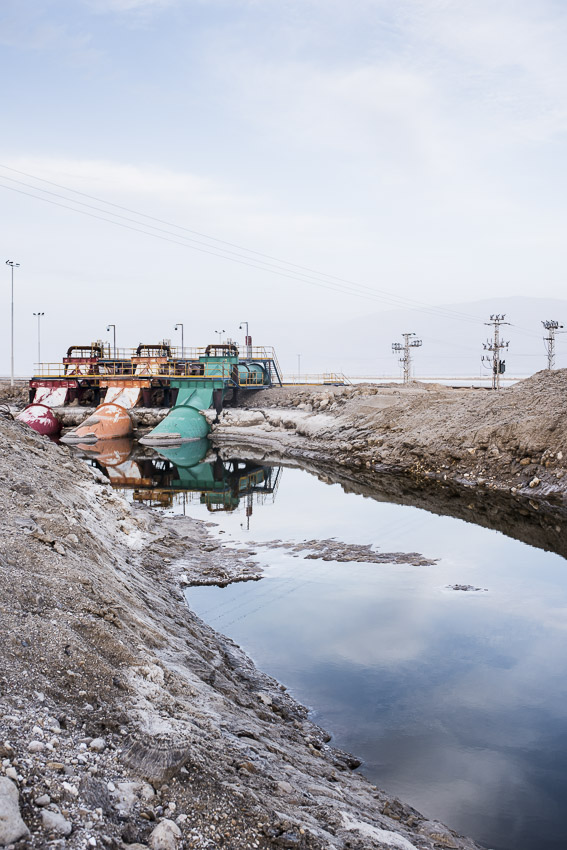 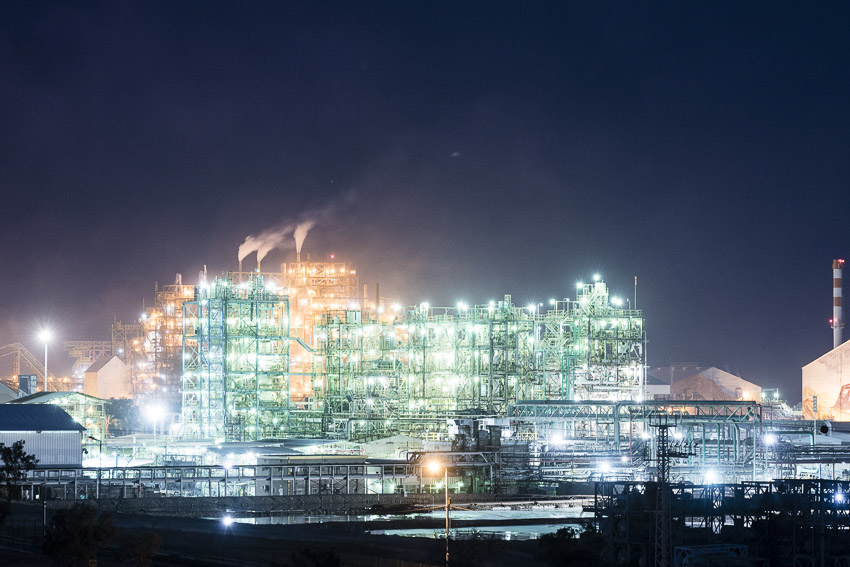 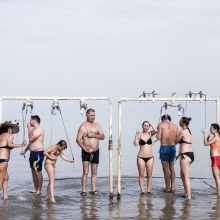 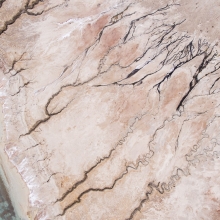 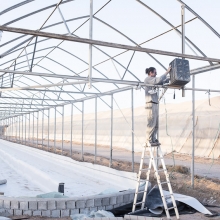 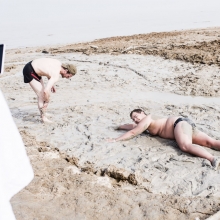 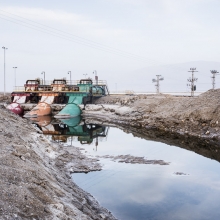 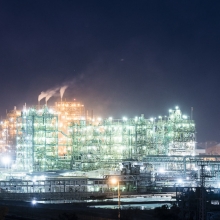 When the wellness resort “En Gedi Spa” opened 30 years ago, the guests could jump right in to the salty water of the Dead Sea. Nowadays they have to take a small train to reach the coastline that lies 1.5 Km away from the changing rooms. Every year the water level of the Dead Sea falls around 1 m and thereby puts the unique ecosystem in existential danger. Sinkholes on the shore are one consequence of the over use from the Jordan River, the main water sours of the Dead Sea. The river is stowed and provides Isreal and Jordan with drinking water. The rapidly growing agriculture also consumes vast amounts of water and the one million Syrian refugees, that have fled to Jordan do their part for an increased demand in fresh water. To save the Dead Sea and produce water for Jordan, Jordan and Israel are working on a huge infrastructural project to transport water from the Red Sea to the Dead Sea – through the middle of the desert. The project carries an estimated cost oft ten billion dollars and is supposed to produce hydropower to run a desalination facility, which provides Jordan with water and the left salt water could fill the Dead Sea. Environmentalists see this plan critical, because of the impacts it could have on the fragile ecosystem from both, the Red and the Dead Sea

2015 scholarship VG Bild-Kunst
2015 Group exhibition Poznań Photo Diploma Award in Poznań and Lille
2015 Bachelor in Photojournalism and Documentary Photography
2014 starting to work as a freelancer
2013 Internship at the newspaper Hannoversche Allgemeine Zeitung
2012 study at the Danish School of Media and Journalism in Aarhus, Denmark
2011 Group exhibition “Streetphotography” Visa pour l’Image / Off Festival in Perpignan, France
2010 starts to study Photojournalism and Documentary Photography at the University of Applied Sciences and Arts Hannover, Germany
1989 born in Erfurt, Germany