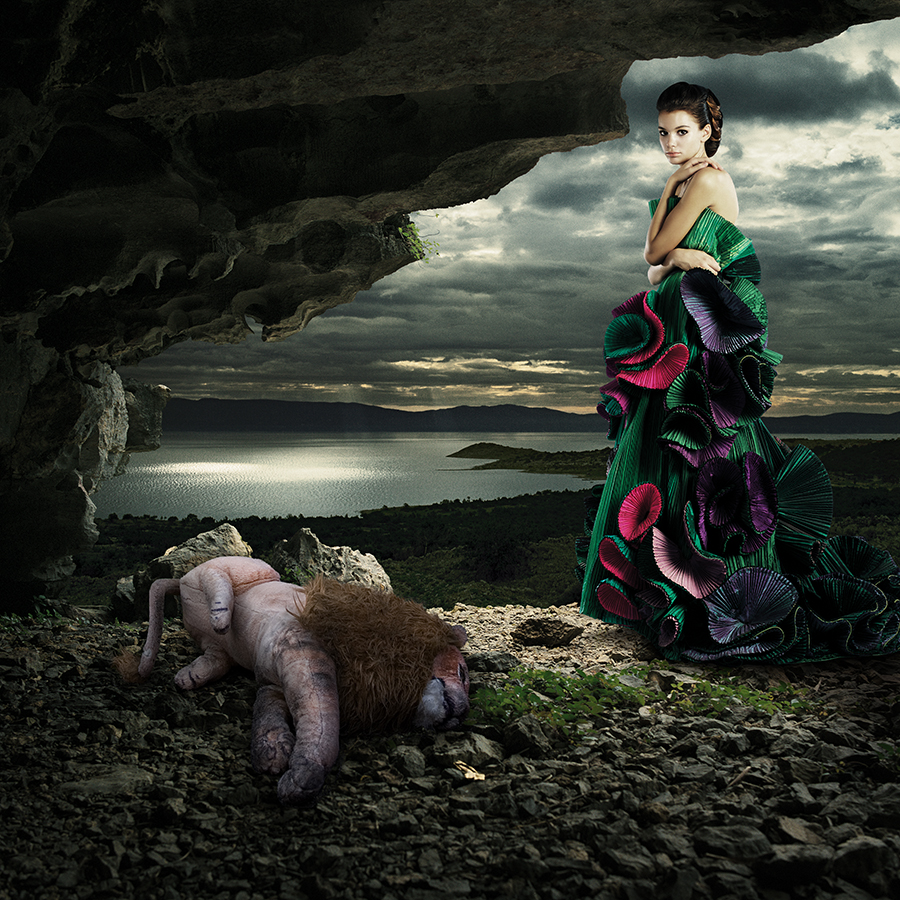 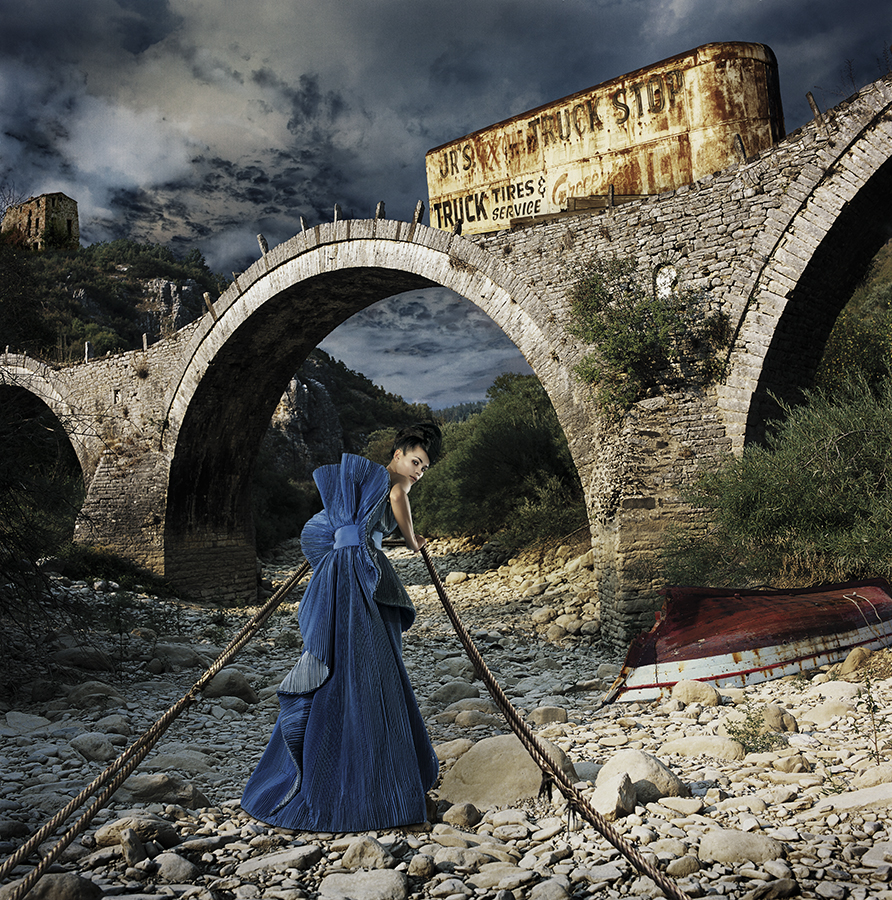 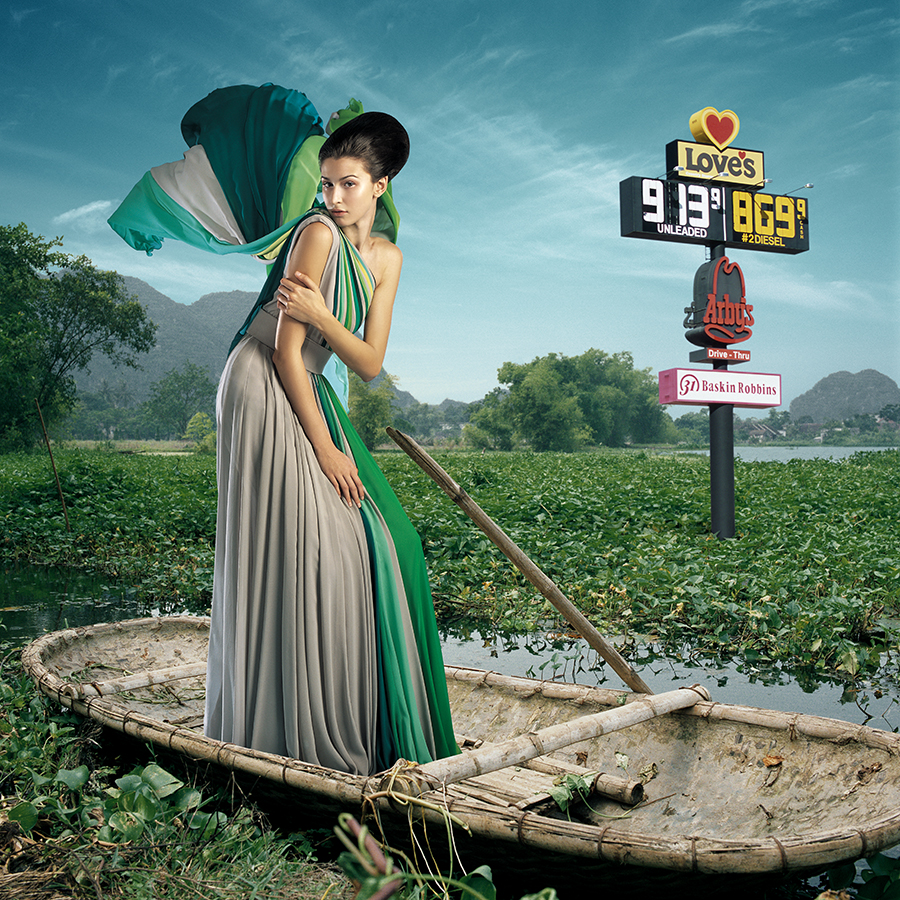 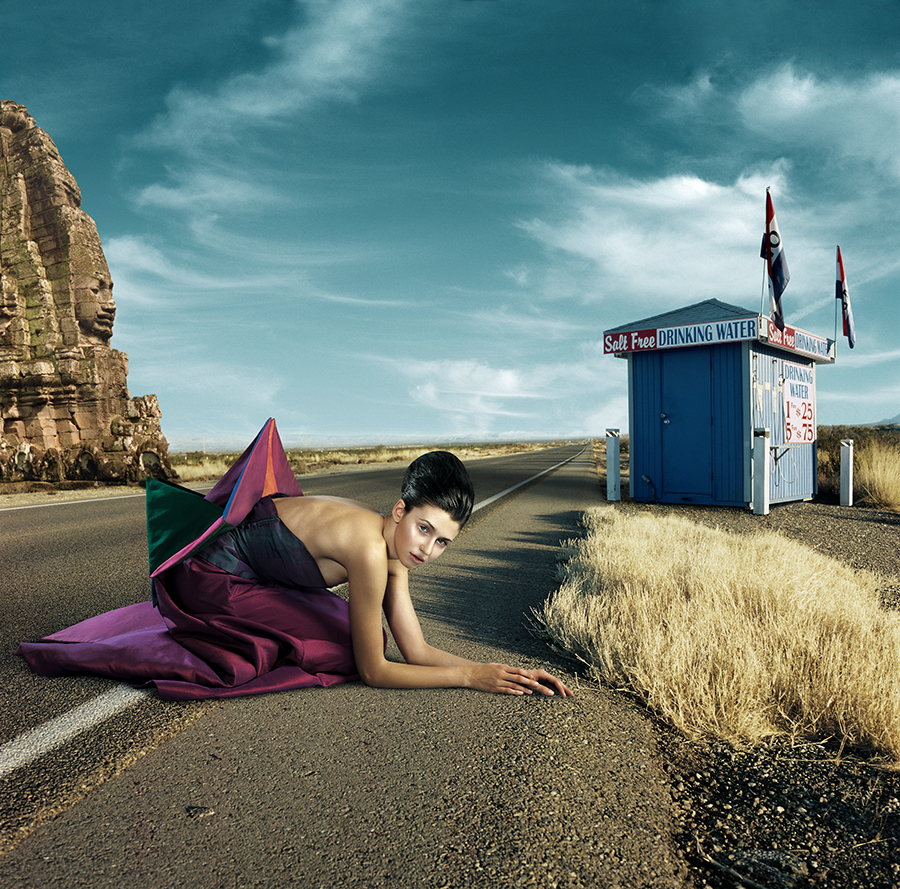 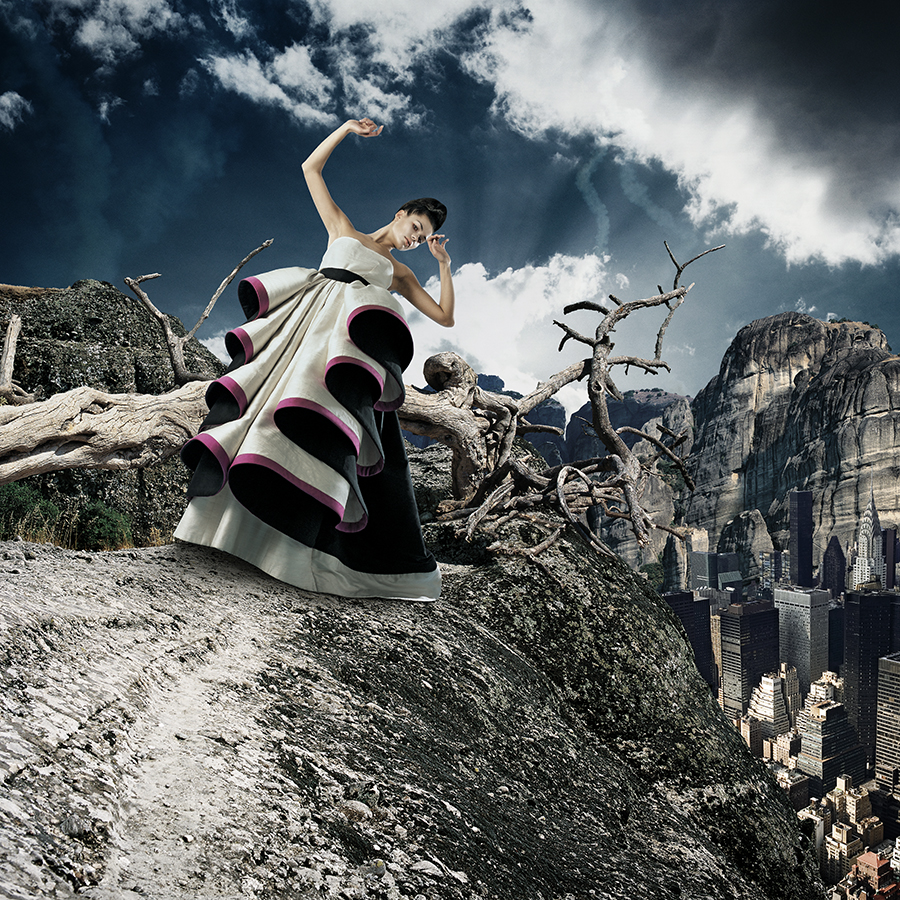 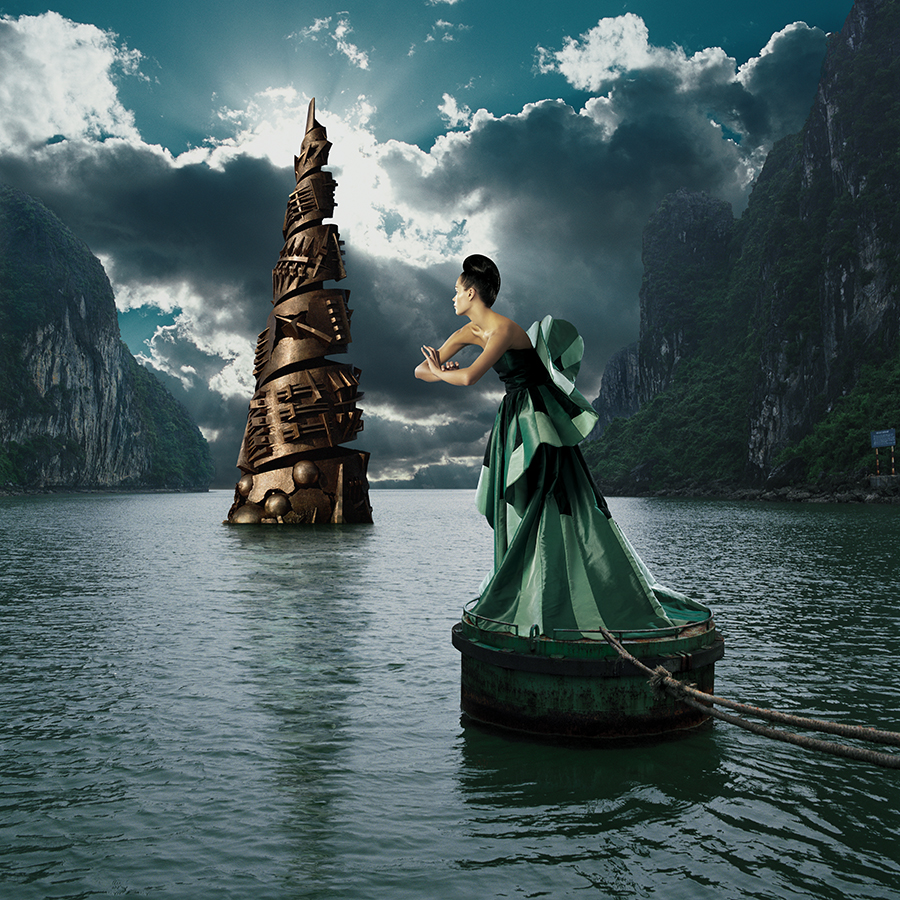 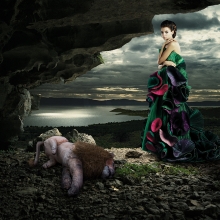 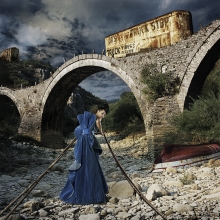 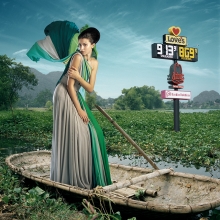 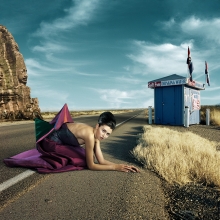 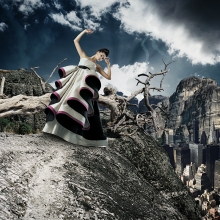 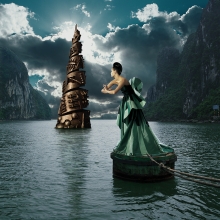 The Wavering Balance. This photographic project began following a meeting with the stylist Roberto Capucci.

All the photographs that make up each individual image are shot on photographic film and entirely constructed according to the idea or inspiration. The absence of time, the indecipherable hour of day and period are constant and re-occurring elements.

Often the female figure is the only living element and seems to represent a bridge between past, present and future, a link between historical and contemporary ages. The other human presence is felt not only through works of art such as sculptures and architecture but also by urban constructions and other obvious contemporary references which make a strong impact on the scene creating powerful and contrasting optical effects.

In some of the works the inspiration is from classical art mixed with contemporary. In these images
mythological figures such as Danae appear, she gazes towards “Novecento”- bronze sculpture by Arnaldo Pomodoro.

The women are the narrators, their elegance guides us through surreal landscapes which on close inspection reveal messages of our time. Some works show the contradiction of progress, highlighting an account of past events or future premonitions. Some lead to our most inner and sacred corners.

All these elements dwell under one roof in our imagination as if in a dreamlike vision.

Sham Hinchey Anglo-Italian photographer & DP and Marzia Messina Italian creative meet in 2002 in Rome where they begin a full-time collaboration. Together they create the “Marshamstreet” agency under which they shoot fashion and advertising campaigns. In 2013 they move to NYC to pursue their professional and artistic careers.

They often stage surreal images of a fantastical universe while Juxtaposing various art forms. Social issues often play an important underlying theme to their works.
In the series “The Wavering Balance” Marzia and Sham collaborate with historic Fashion Designer Roberto Capucci, in two of the images they sought the partecipation of two renouned Italian Artists: Arnaldo Pomodoro and Michele De Lucchi.

In December 2009 they open their studio in Rome: Backspace. An open space where they collaborate with other artists and commence their powerful 2 year project 365D “365 days of a woman” in which they interview and photograph 365 women, all of whom write a short story of a day in their lives. The project becomes a book published by Silvana Editoriale (part of the proceeds go to the Non For Profit “Susan G. Komen Italy”) and a huge exhibition with all 365 portraits of the women is held in Rome at Centrale Montemartini Capitoline Museum and at Fondazione Forma per la fotografia in Milan. The project is granted the patronage from the Ministery for equal opportunities and Rome province’s cultural dept.

Their work has been exhibited internationally.