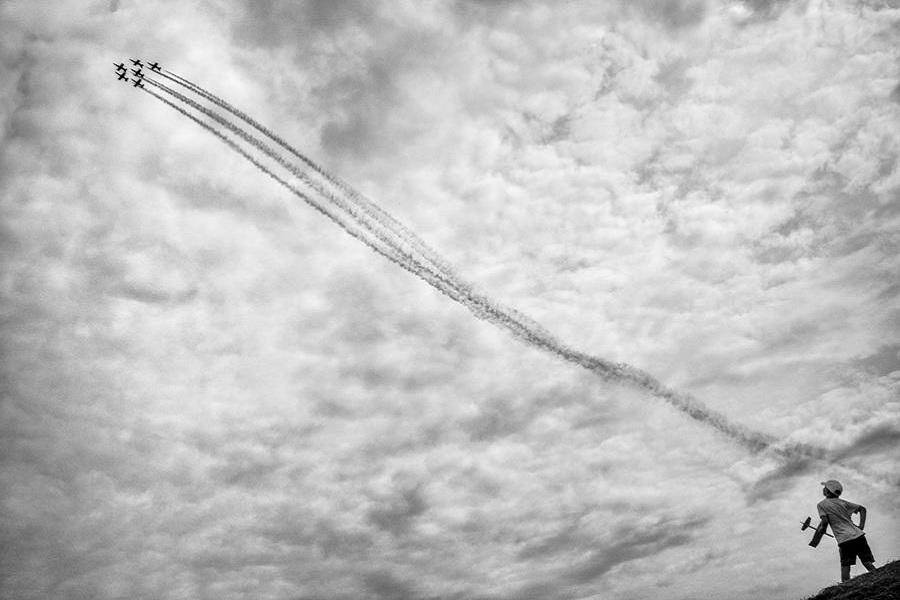 The picture is from the photo series 'Airshow' which documents the unique atmosphere of air shows from the perspective of spectators. Each year, thousands of civilian and military aviation fans come together to materialize their childhood dream to fly into the sky, at least for a while.

About:
Michael Hanke was born in Kladno, Czech Republic, in 1972. His photographic career began when he was 40 years old. However, only one year later he began to receive prestigious awards for his work, both at regional and international levels. From the very beginning of his career, he has dedicated his work to the humanistic and social black and white documentary photography, focusing on long-term projects. His work has been awarded four times in the recognized Czech Press Photo competition. In 2016, he was shortlisted at the world's biggest photography competition the Sony World Photography Awards with the series documenting a thrilling atmosphere of youth chess tournaments. His work was exhibited in several solo and group exhibitions.