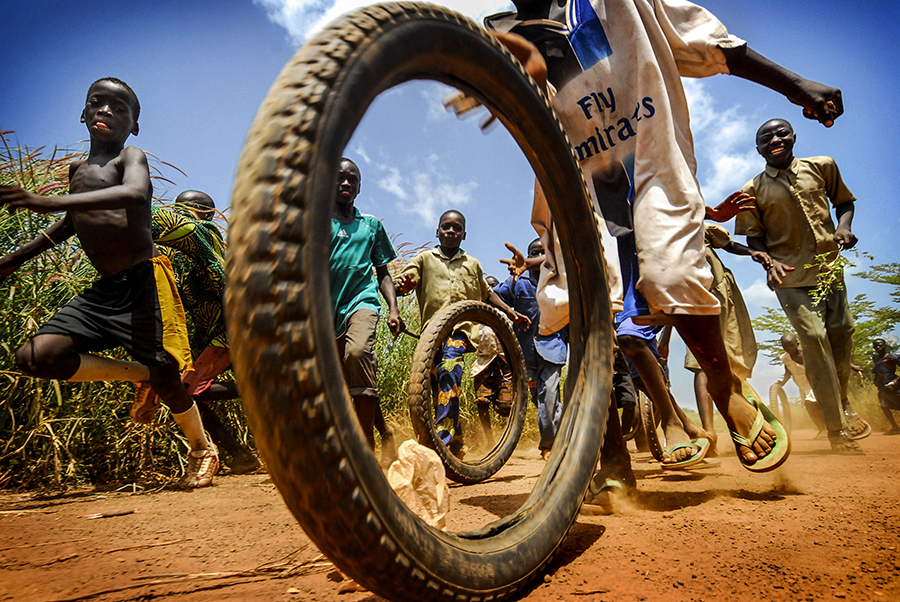 A group of children happily playing with old tires. We arrived to a small village in Togo near the border with Ghana (West Africa) called Takpamba, to pass the medical consultation that we had scheduled for that day with the doctors of our NGO.
It was a very small settlement. Away from everything. During the rainy season that becomes it farther if that is possible by floods that multiply the diseases in those patients who had been arrived to the improvised medical station under the shade of a large mango tree. In the middle of nowhere…
By mid-afternoon, after spending all the day coexisting with illnesses that in many cases not even appear in the textbooks, I decided to go out and breathe some fresh air trying to escape from suffering that we had been watching all day in the faces of that sick people.
And there it was. A group of children. The sons, nephews and grandchildren of our patients... playing happily. Running behind those old motorcycle wheels in that red dirty track full of dust. Smiles and more smiles. Noisy joy. Pure happiness...
It is curious to note, there are times when the line between suffering and happiness is so small and fuzzy that scares...

In 2003 he founds, and since then he presides, the NGO OASIS.

He has exhibited (more than eighty exhibitions) his work in Galleries and Museums.