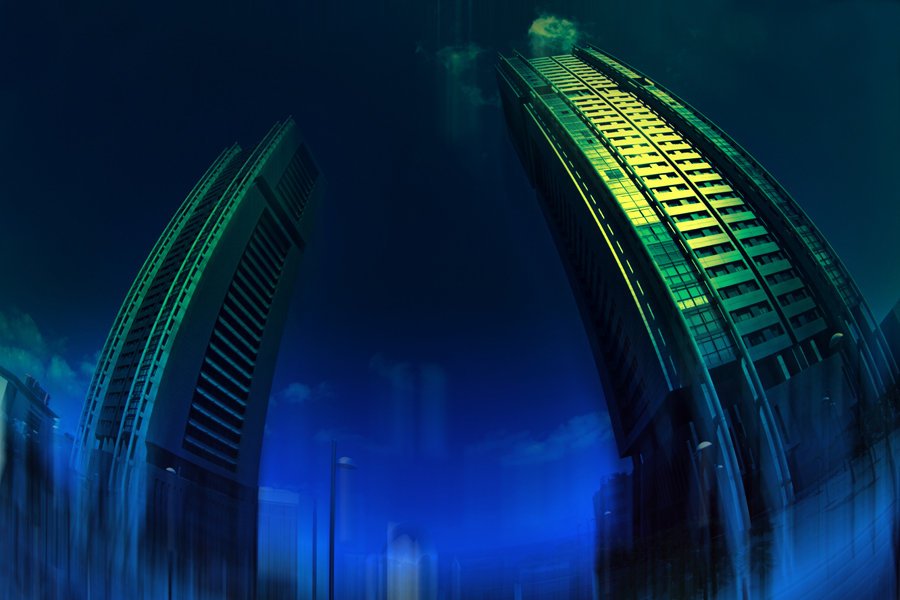 Image taken with a Canon 5D Mark II and a Canon lens EF 8-15mm F4 L Fisheye USM. Focal length of 15mm. The raw file was developed in Adobe Lightroom 5. I considered taking this picture using a fisheye lens to add a dramatic distorsion to the skyscrapers, just as if they were living, bending or on the verge of crumbling.