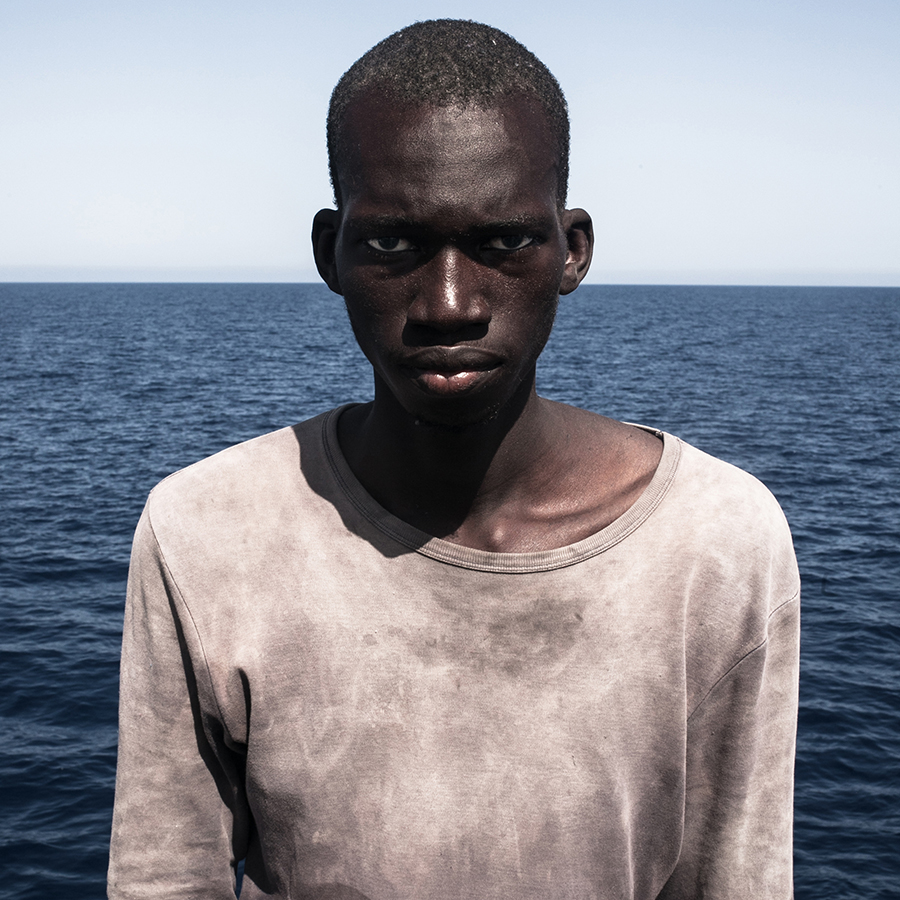 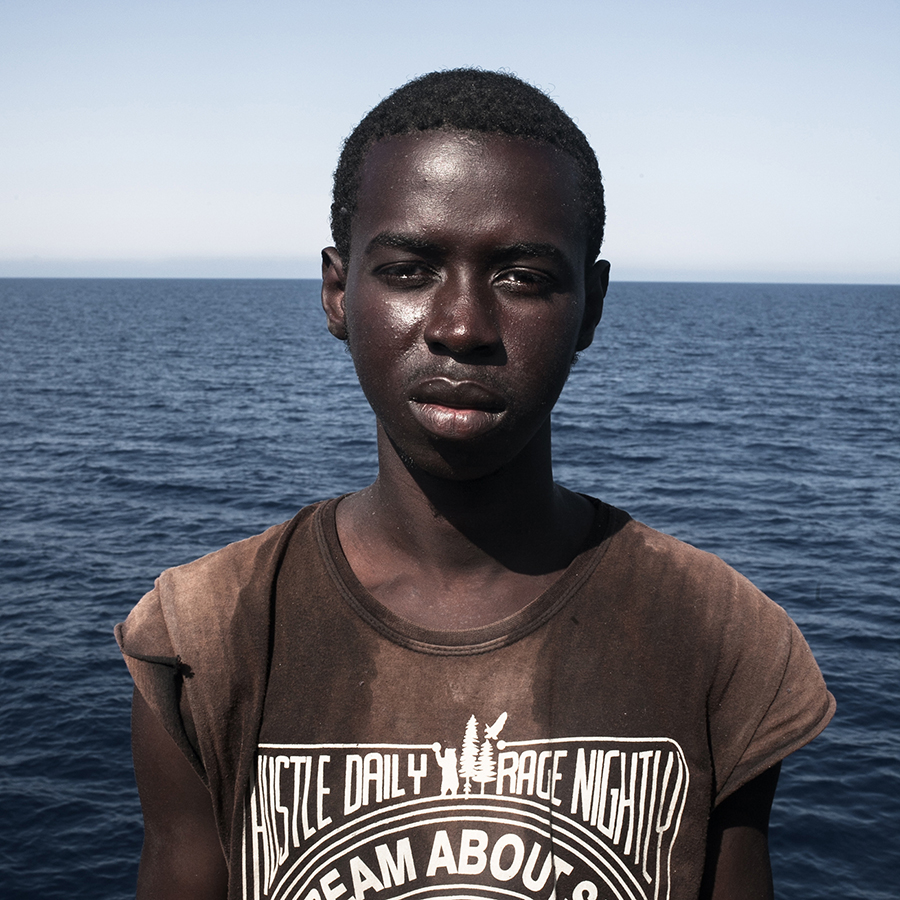 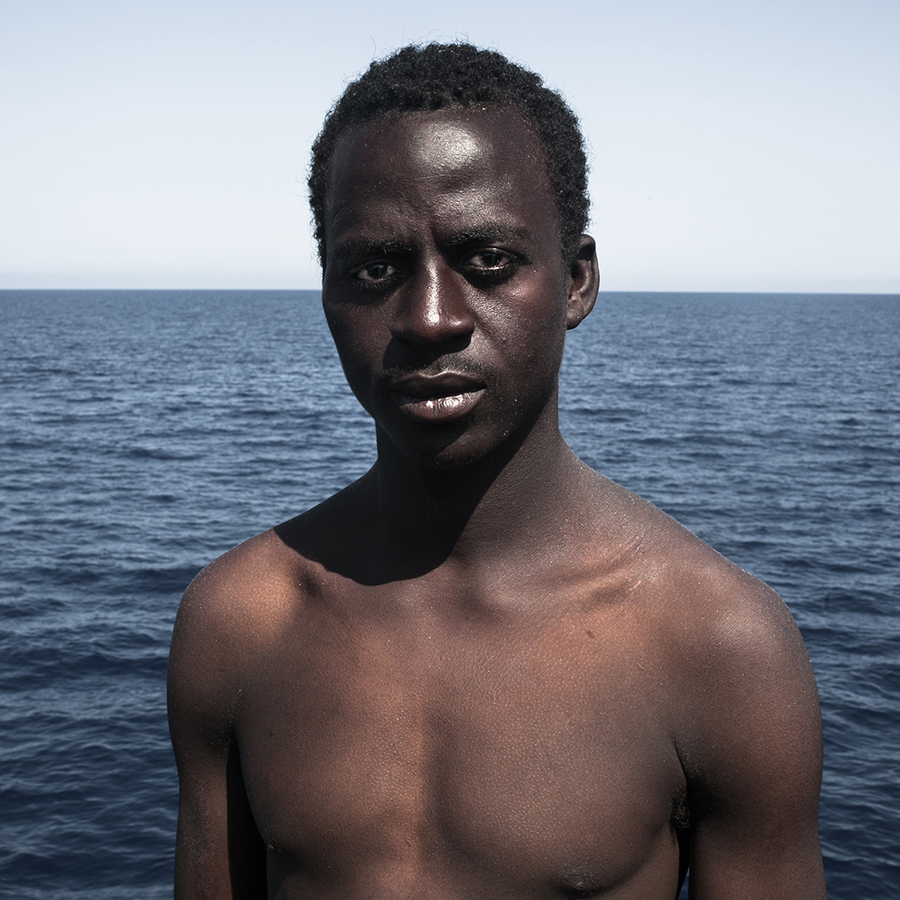 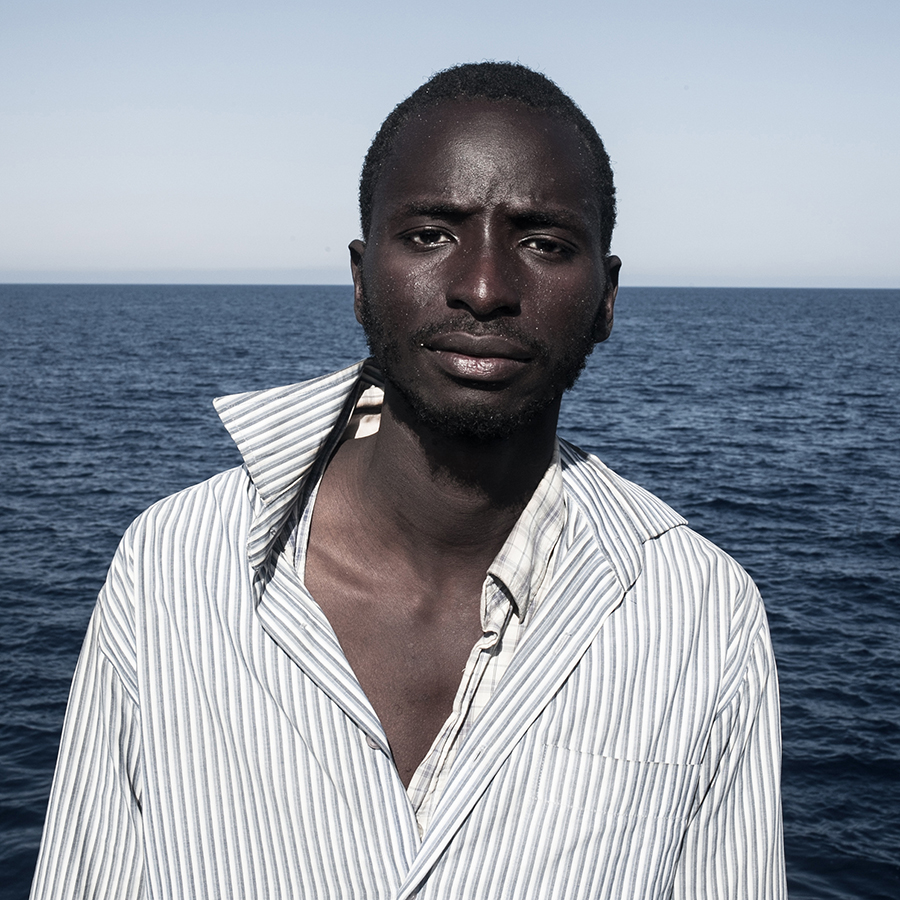 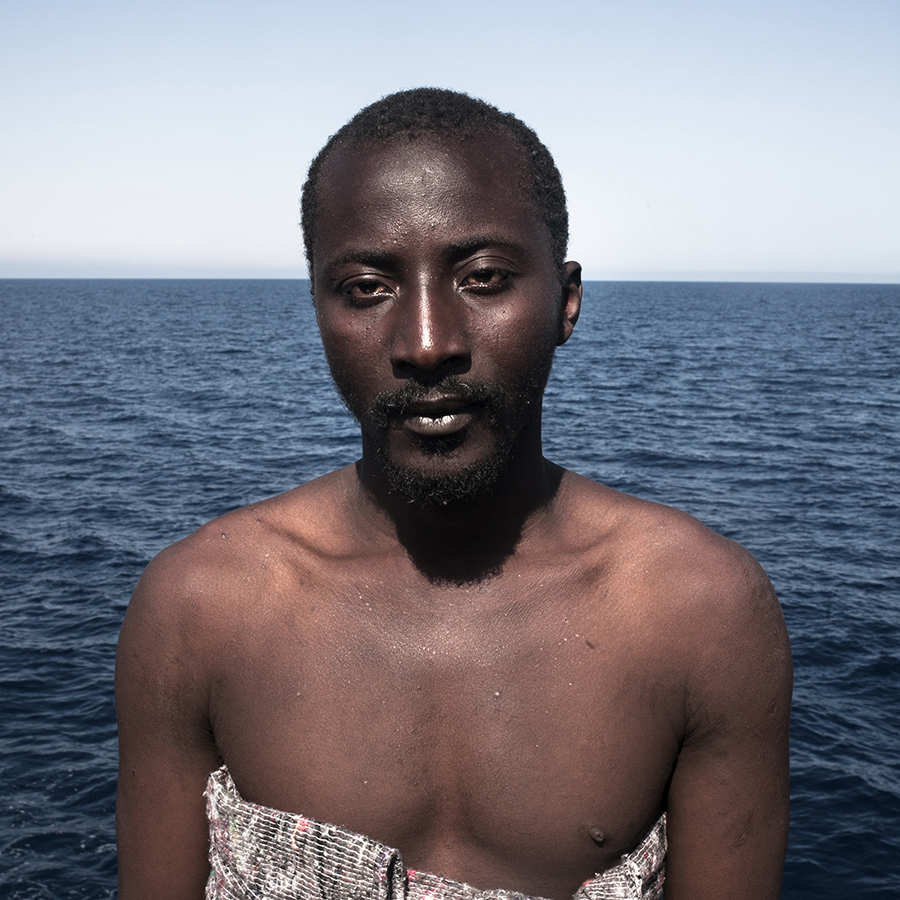 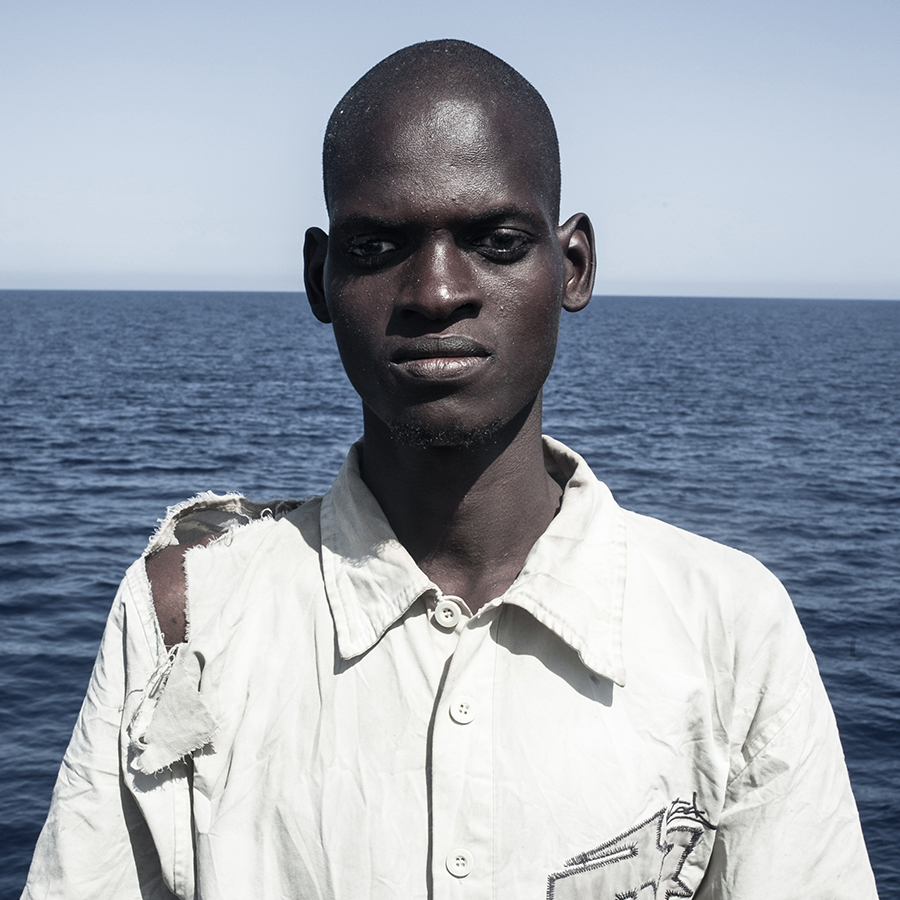 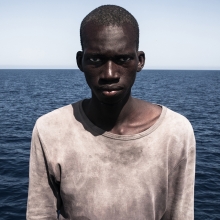 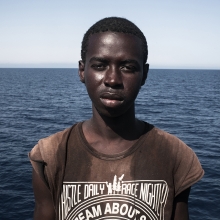 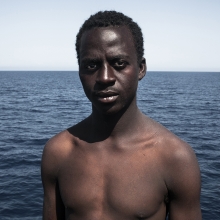 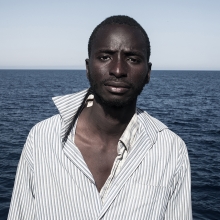 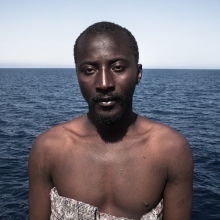 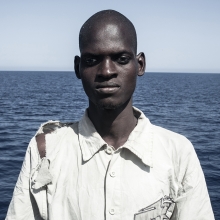 On 1st August 2016, 118 people were rescued from a rubber boat drifting in the Mediterranean Sea, 20 nautical miles far from the Libyan coast. One more of the hundreds of boats that have been rescued by the Italian Coast Guard and NGO´s working in the area in the past years.

Every day since the humanitarian crisis began in the Mediterranean, already for years, similar numbers are exchanged by the authorities in charge of the rescue and spread through the media. But, who is behind these numbers?

These portraits, taken minutes after the end of the rescue, once every person was safe and on board of Iuventa, the rescue vessel that took care of their rescue, are an attempt to put face and name to the numbers. A search for the humanization of this tragedy. They are the protagonist and passengers of that rescue, that one more rescue, that took place in the Mediterranean Sea on 1st August 2016.

Born in Madrid in 1991, in a context of cultural mixture given by my Spanish-Persian origins, it soon awakens on me an interest to know different social and cultural realities. This will suppose that during my training at the University Rey Juan Carlos, where I study a Double Degree in Journalism and Media Studies, I decided to specialize in the international arena, with two exchanges of studies in Poland and Argentina.

After passing through the newsrooms of daily 20minutes and El Periodico de Catalunya, my work as journalist has focused on documentary and investigative reports, mainly dealing humanitarian issues, but also international politics and anthropological research. I combine work as written journalist with photographic reports. In the last years I have specialized in the practice of photojournalism as a complementary tool, having done a Graduate in Photojournalism at Universitat Autònoma de Barcelona, and several training workshops with photographers consecrated as Gervasio Sanchez, Peter Andersen, or Samuel Aranda.

My work has been published in media such as The Guardian, The Atlantic, De Groene Amsterdammer, El Mundo, El Pais, BBC, Deutsche Welle TV, The World PIR, TVE or Cadena SER.