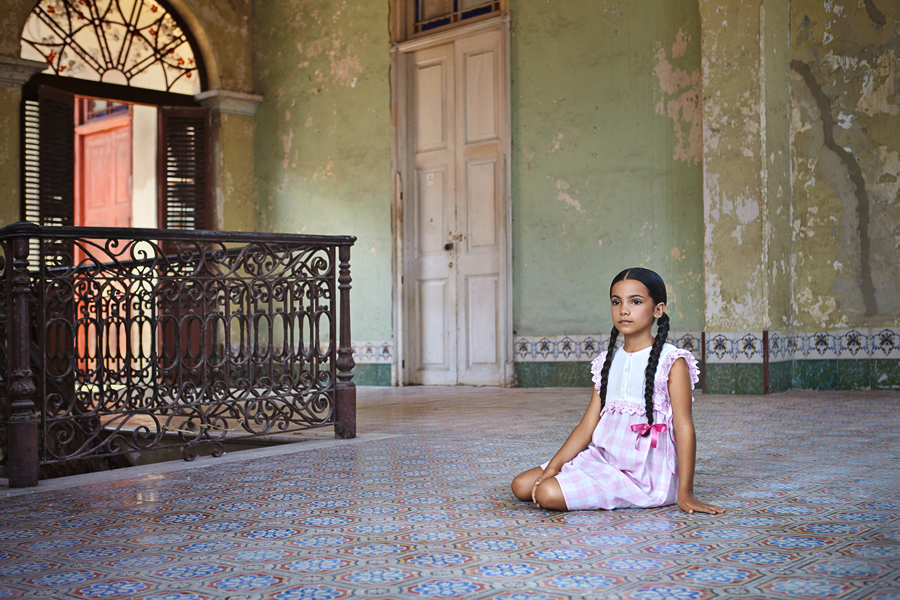 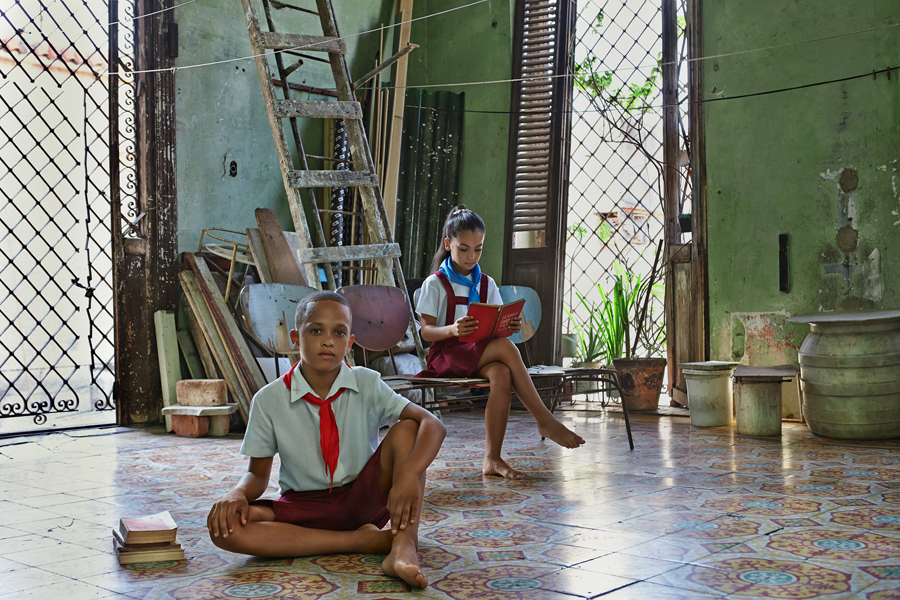 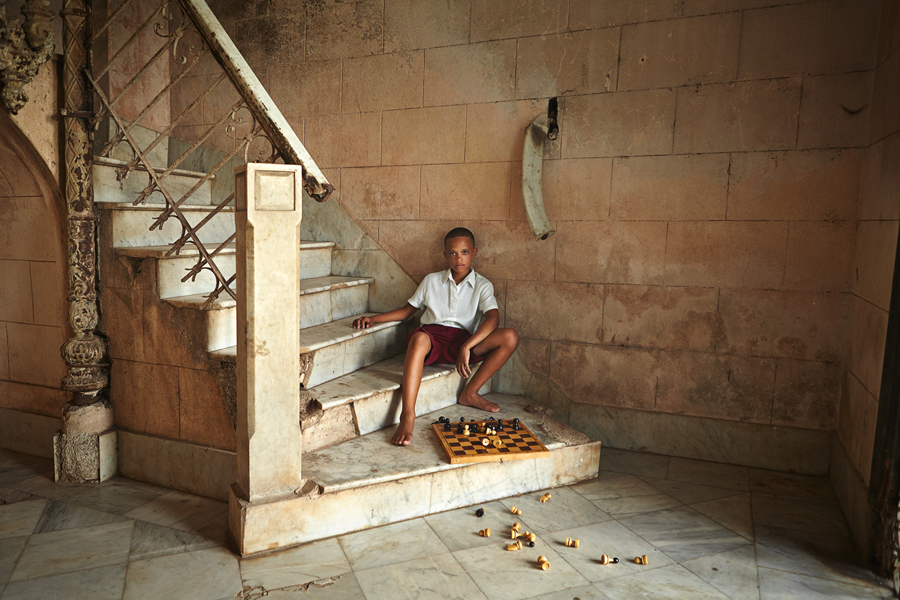 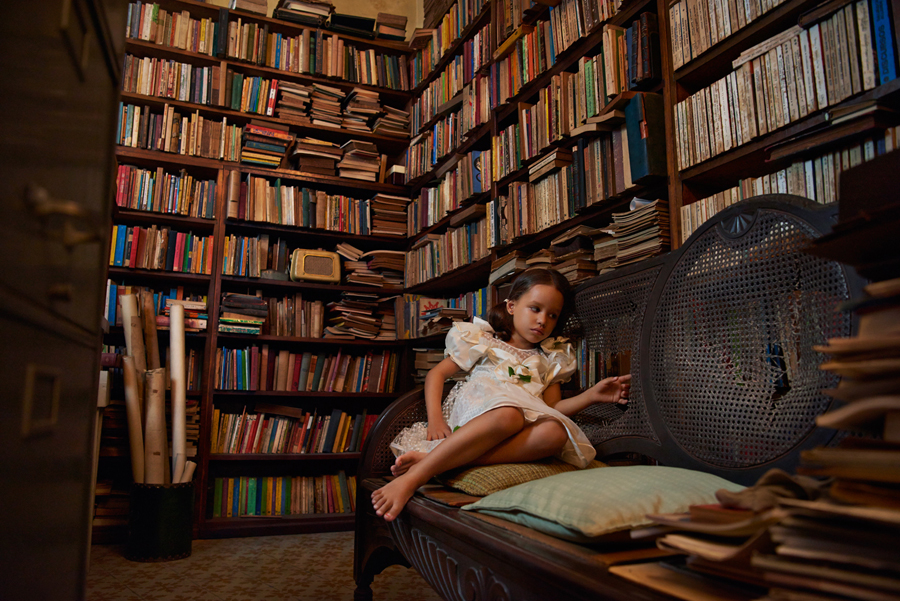 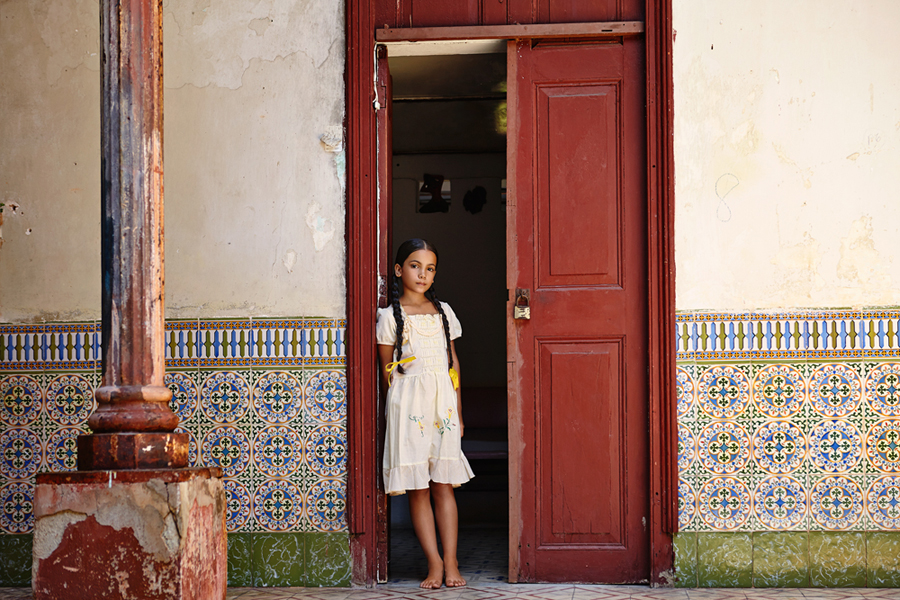 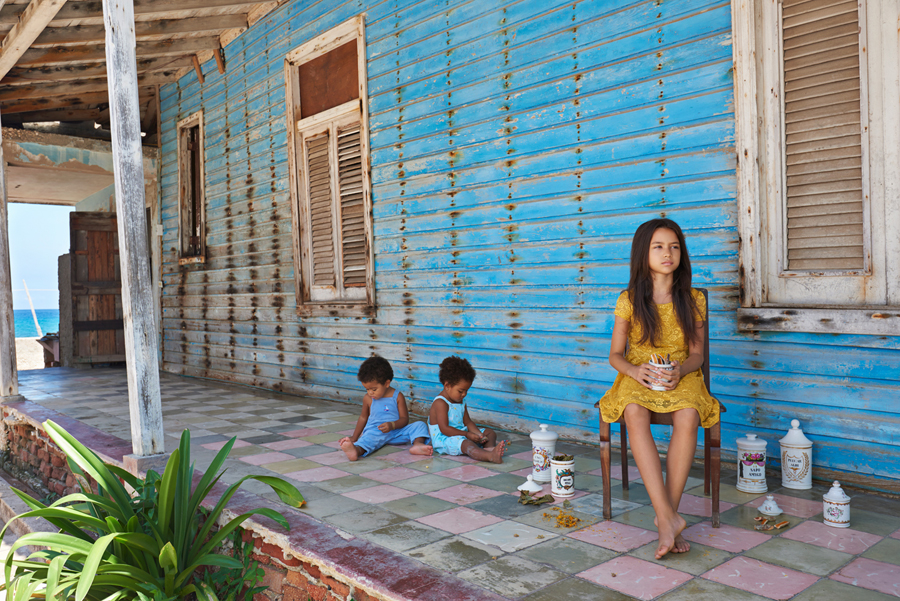 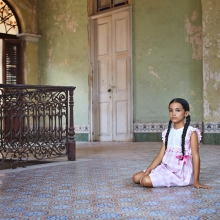 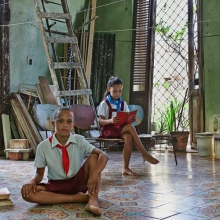 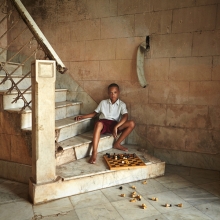 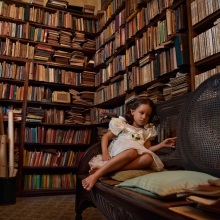 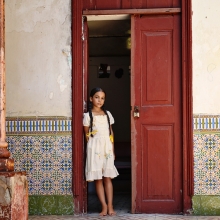 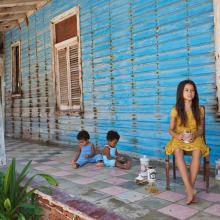 My creative process has always involved narratives as the basis of the photo, my aim has been to capture an emotional moment in a way that pulls the viewer in and drives them to feel and question what they are seeing. Up until recently I’ve drawn inspiration from my own personal experiences but earlier this year I decided to travel to Cuba to do a photo series.

There were several enticing reasons why I picked Havana, the country has this nostalgic air to it seen through it’s architecture and social behaviours, the people have lived in a very different society then us and now it’s at a crossroads. It’s still unclear where the new open boarders will take it and how it’ll impact a country that has been cut off for so long.

I took a risk by going there with little contacts and not really knowing how I was going to produce a shoot. The first few days I devoured the streets totally entranced by the chaotic range of buildings, the varied styles all sitting next to each other, and the faded grandeur of a city once soaked in money and glamour. The vibrancy of the people oozes out of them in every sense, from the way they walk, dance, talk and laugh, they enjoy life and live in the moment.

This series of images are little windows into Havana, and capture just a drop of the spirit you feel from the city and it’s people. Each picture is a story influenced by who I met and what I saw, I’ve chosen the images with children as their innocence shone through whilst I was there.

Gillian Hyland is an image maker, she personally composes every aspect of her pictures. Gillian has worked in the visual industry for 14 years as a stylist, art director and set designer. This diverse background helped her realise and develop an artistic, photographic approach which led to the creation of the series ‘Words in Sight’.

Originally from Ireland, Gillian started out in publishing where she worked as a fashion stylist and feature fashion journalist for U magazine. Here her passion for creating images grew. Shortly afterwards she became a contributing fashion and interior stylist for leading TV shows 'Off The Rails', 'Ireland AM' and 'The Afternoon Show’.

During her time in Ireland Gillian was also the interior stylist for the weekly magazine, 'The RTE Guide' and art director/ stylist for 'Hot Press' music and lifestyle magazine. Her visual flare and zealous nature soon led to work in feature films, T.V. documentaries and programmes where she undertook various positions ranging from styling, art direction, set design, costume and props buyer.

Since 2007 Gillian has been living in London where she still resides. This period has seen her create imagery for fashion shoots, advertising campaigns and commercials around the world for International brands, magazines and agencies such as; Ford, Sky, IKEA, P&G, WCRS, Ogilvy, BBC, British Airways, Smirnoff, Dove, HSBC, JWT, Vodafone, L’Oreal, The Times, Fortune Magazine, Hearst Publishing