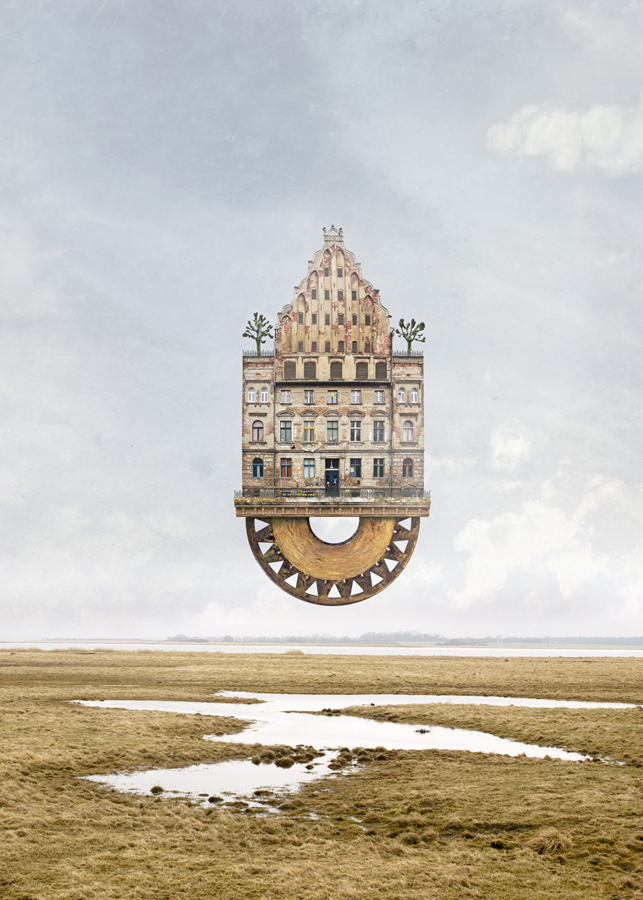 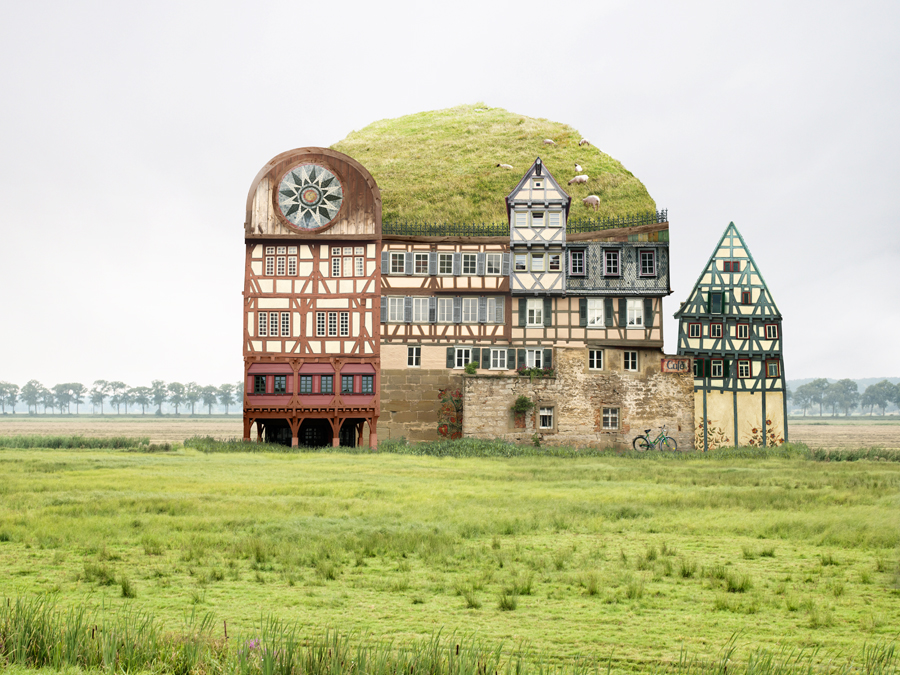 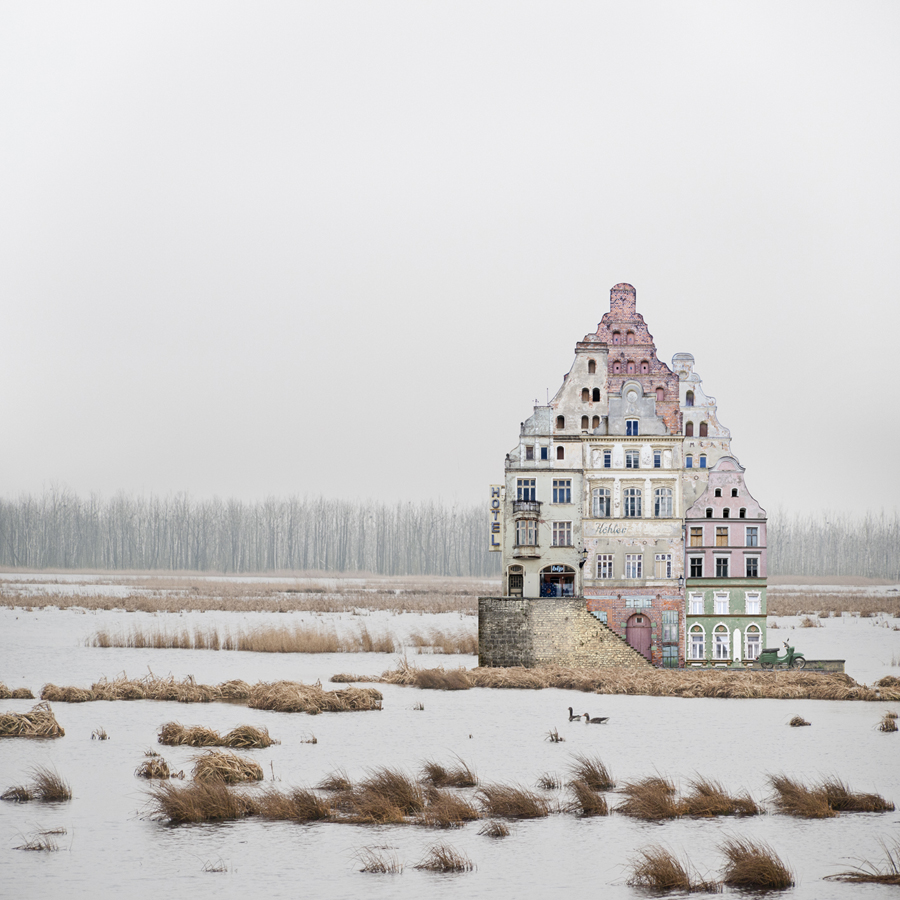 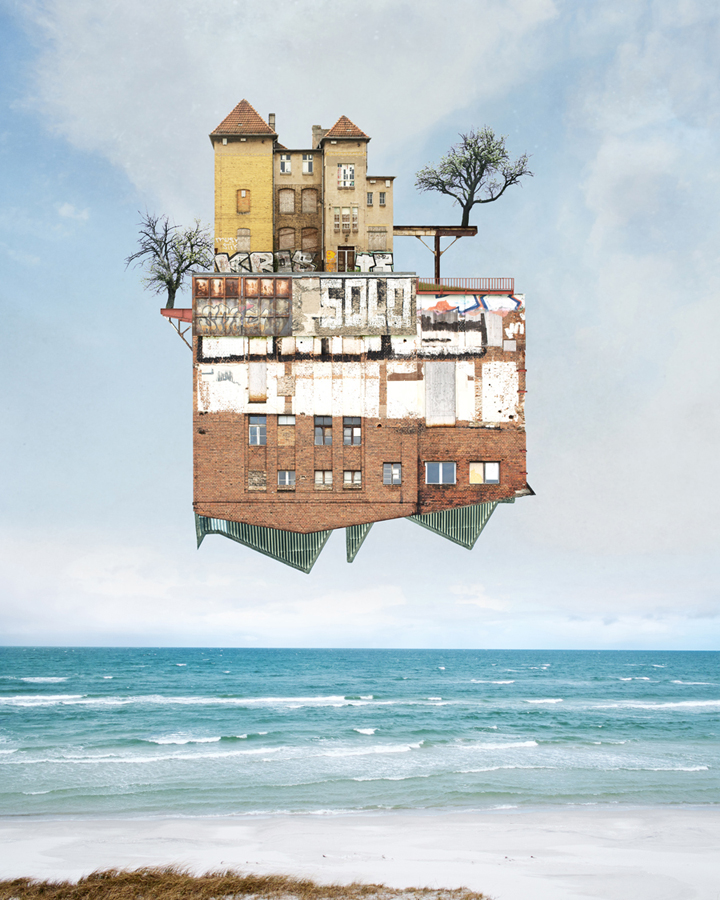 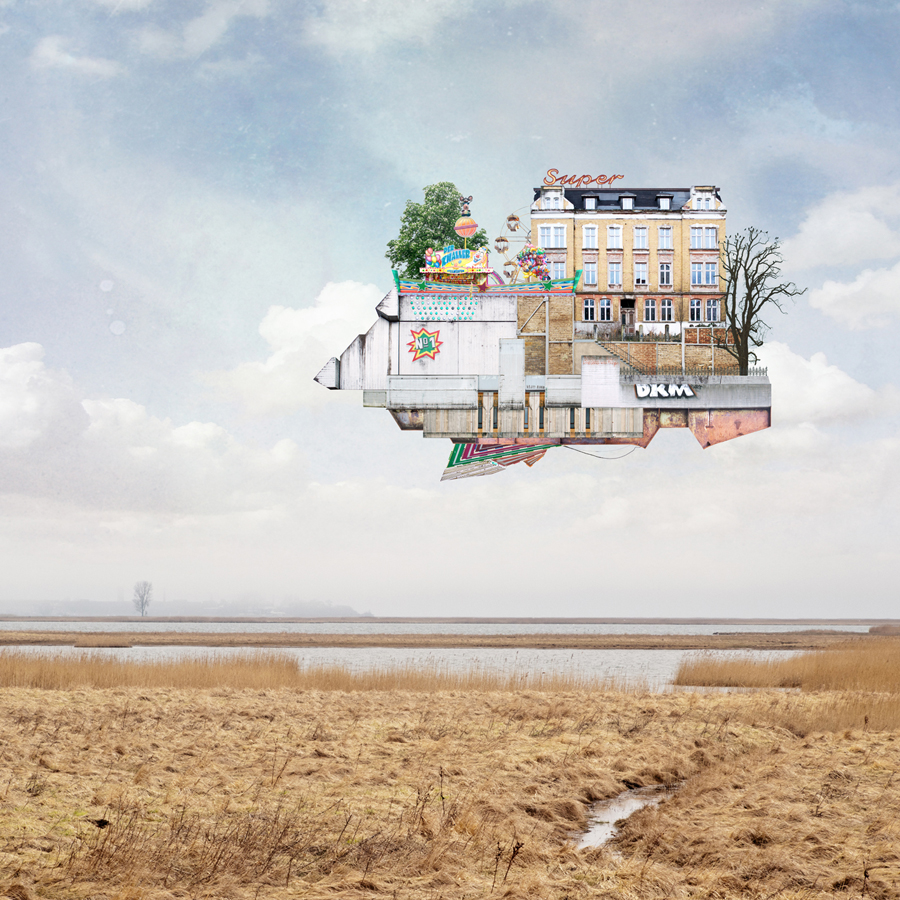 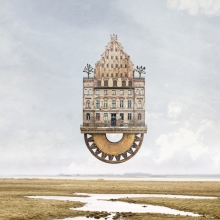 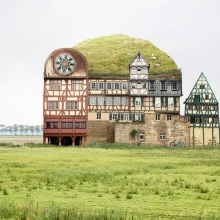 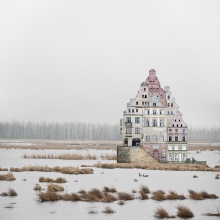 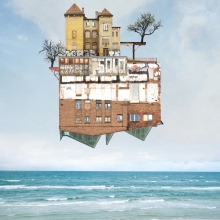 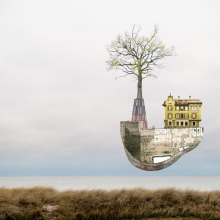 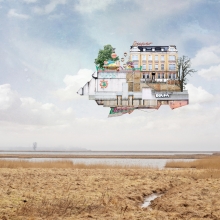 Collages have fascinated me ever since I was a child. It all began in the photo lab of my father. With scissors and glue, the first fantastic buildings were made. Basically, I don’t do anything differently nowadays. I cut apart my photos and make them into new shapes.
The digital possibilities in the realm of image processing have led many to be artistically impressed with Photoshop. I don’t want that. The computer program is only a tool. It should not determine the content. My pictures should reflect reality.
I am always amazed at how architectural details can evoke certain associations and feelings. This is how a latticed window conveys coziness; one might even say it is soulful. Framework is soothing, sometimes touching. Antennas have something sinister about them. They point to something outside the picture. Concrete is cold and foreign – but maybe interesting for just that reason.
I began with the series „Houses“ in January 2015.
The composition of the individual elements correlates to a logic, as if in a dream. Basically, dreams are collages. In order for my work to function properly, I also have to consider design rules. Thus, the relationship between order/disorder and homogeneity/diversity must agree. A building has to first be stable and credible before I can add some “disorder”, to let it fly for example. One such disorder refers to another, only hinting at reality. I weave, so to speak, spiritual realities into everyday things.

I live near Stuttgart in Southern Germany together with my wife and our little son. In 2007 I started to create digital collages. After many years as a business economist I decided to study graphic-design. I work in that profession since 2013. For me life has never become self-evident. For this reason I‘m open for new perceptions and experiments.