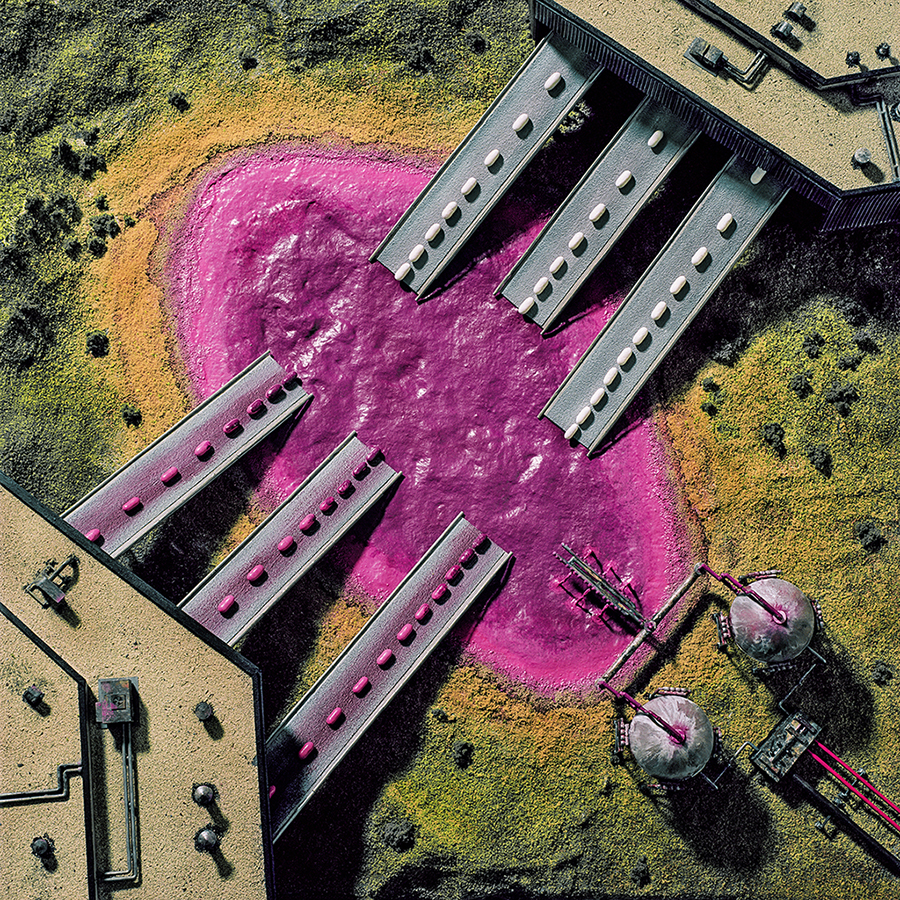 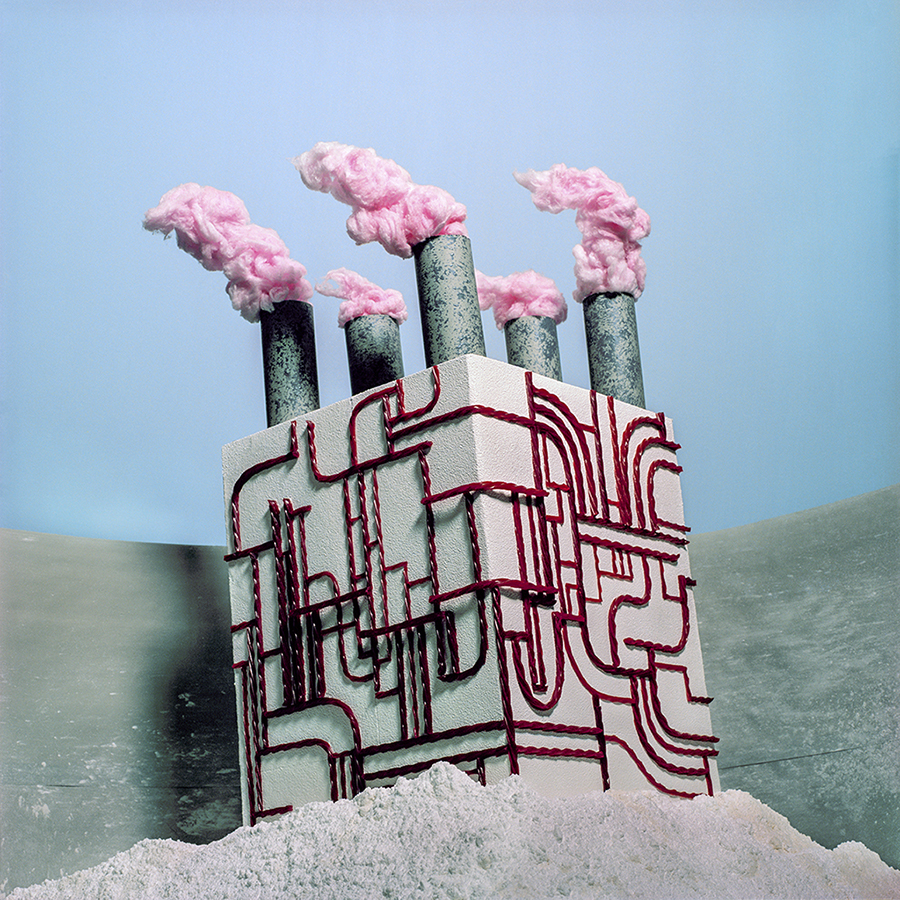 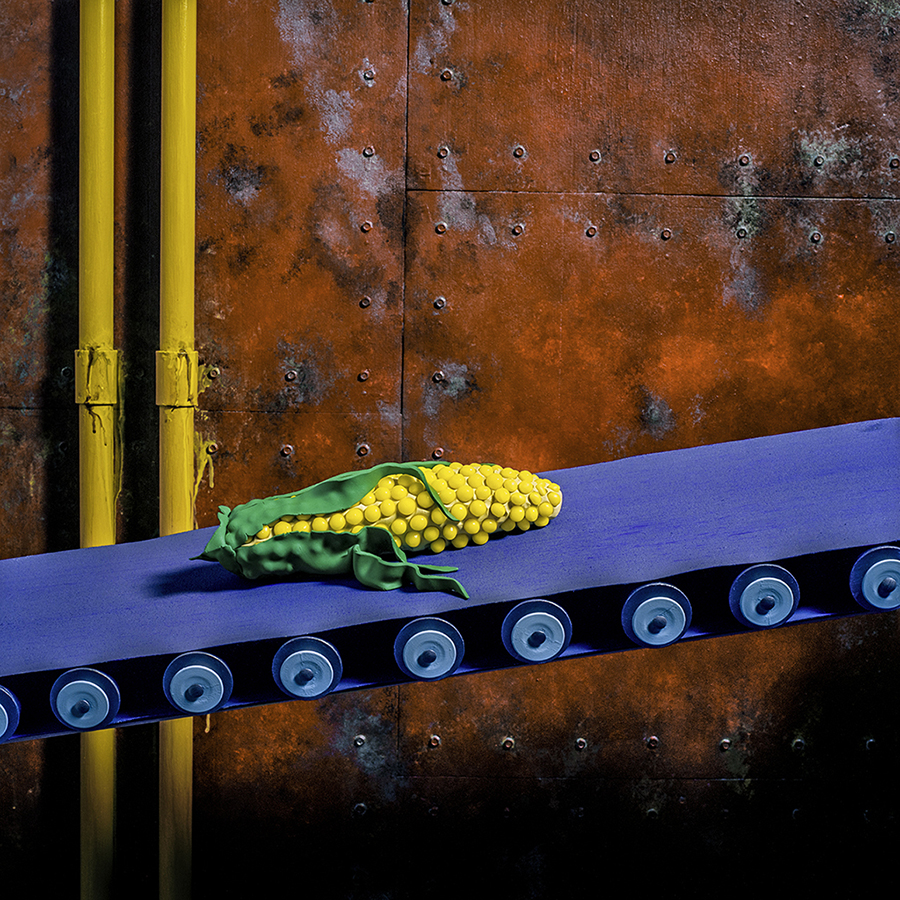 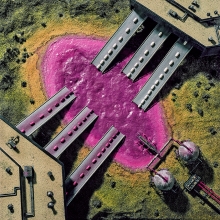 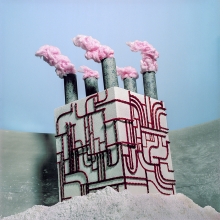 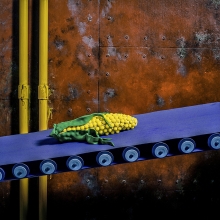 Sweet Tooth features photographs that consider the role of synthetic dyes in popular candy. The genesis of this idea began with a report I heard on National Public Radio; it featured a group of American mothers petitioning the candy manufacturer, Mars, to remove artificial dyes from the M&Ms candy product. What peaked my interest was that Mars used (and continues to use) natural dyes in their production of candies in Europe and the U.K., but not in the United States.

I began the process for this project, by basing the selection of candy on the types I used to consume, taking into consideration the quantity of candy available in each bag or packet, as sold over-the-counter to children and adults. From 2014-2016, I designed, built and photographed dioramas that hint or suggest the role of industry and artificial production of these candies. As the project neared its final stage, I learned that Nestle had decided to incorporate natural dyes in certain candies. The company switched to using natural dyes in the latest production of the Butterfinger candy, just prior to the completion of this project in 2016.

The photographs in this series are not meant as a condemnation of any industry. I offer them up as kitsch motifs¬—similar to the shapes, colors and forms used by candy manufacturers to stimulate and entice the viewer—to reflect on how far we may be willing to go in order to satisfy our craving.

Born in Bombay, India, Neil spent part of his childhood years in Dubai. There he witnessed the transformation of a barren desert landscape into a thriving, manufactured oasis that sparked his interest in modern design and architecture. He moved to the United States in 1994 to pursue a BA from Indiana State University, where he concentrated his studies in conceptual design and urban architecture.

From 1998 to 2010, Neil worked in Chicago's IT industry while immersing himself in the city's prolific art communities, unique history and diverse cultural roots. This exposure would ignite a passion and lay the groundwork for his exploration in photography. He describes these years as fundamental to his maturation from a casual snap shot observer, to a photographic and print artist. In the summer of 2010, Neil resigned from his tech career, removing the safety net of his IT job in order to focus on expanding his creative capabilities, and artistic vision as a photographer. He left Chicago later that year and continued his artistic exploration in other cities including Vancouver, Bombay and Los Angeles, as he began developing a body of work that would define his approach and style.

In 2013, Neil moved to Philadelphia where he continued to expand on this body of work leading up to his latest photographic series, Sweet Tooth. Together with the launch of his recent exhibition, Neil has collaborated with Philadelphia street photographer, Ronald Dean Corbin, on the release of Corbin’s self-published photographic book, “Photographs My Way” (2016), currently available through Amazon.