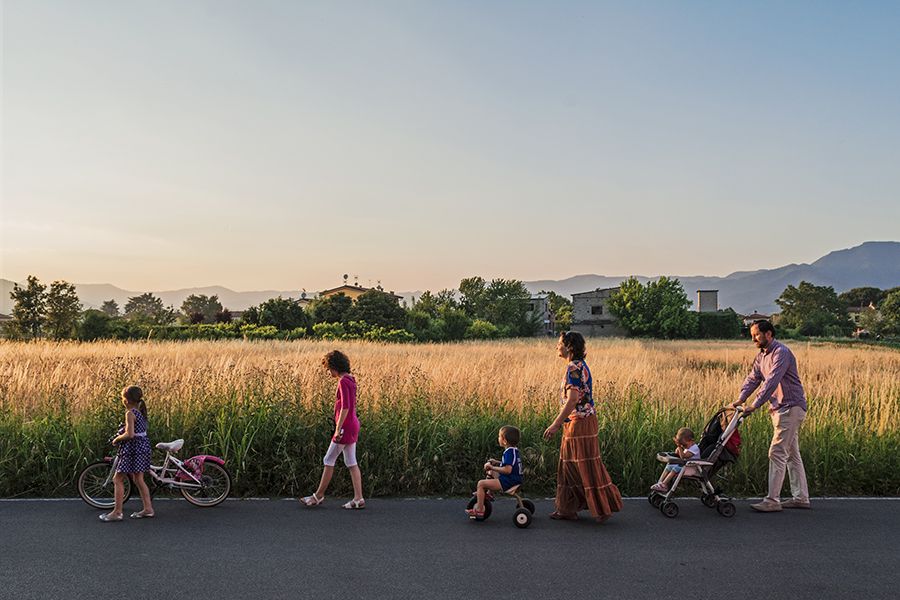 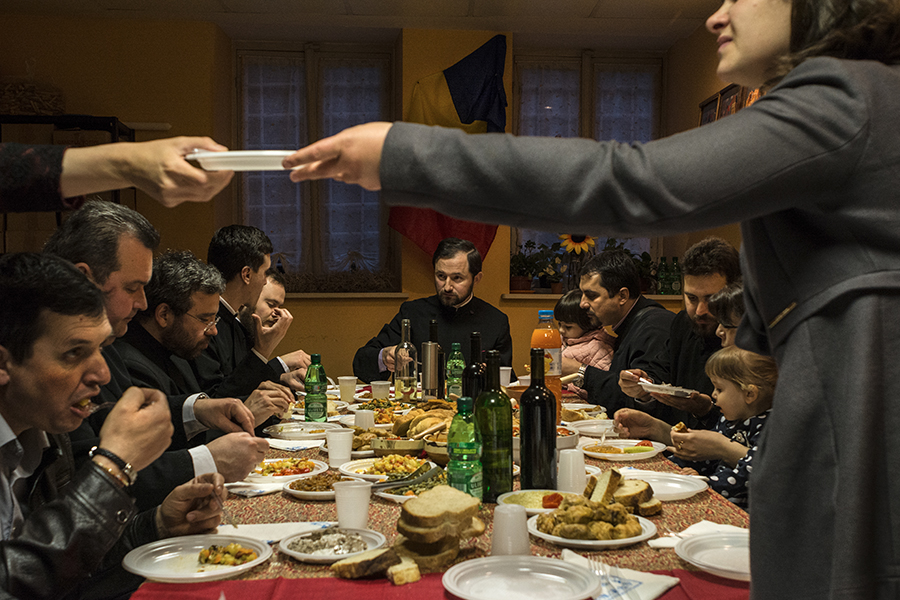 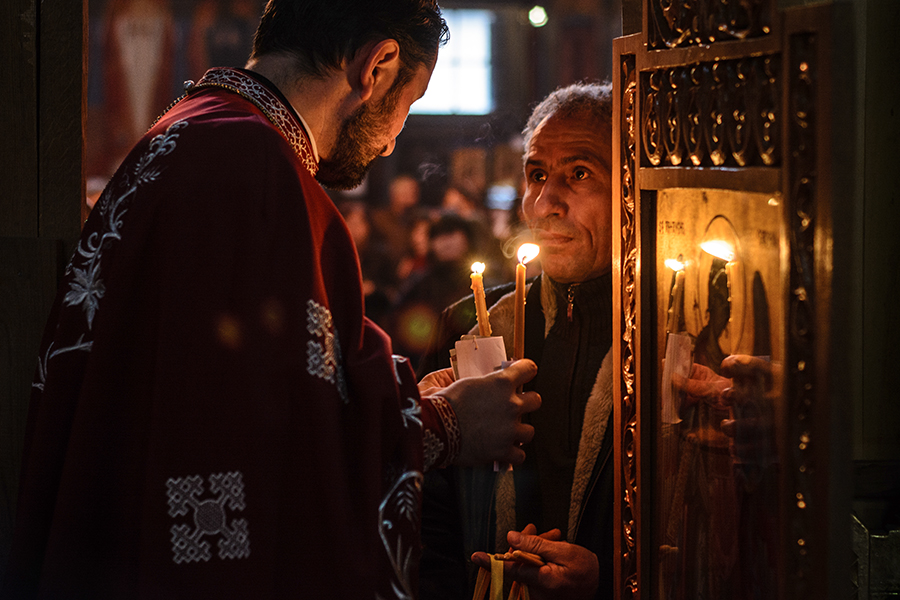 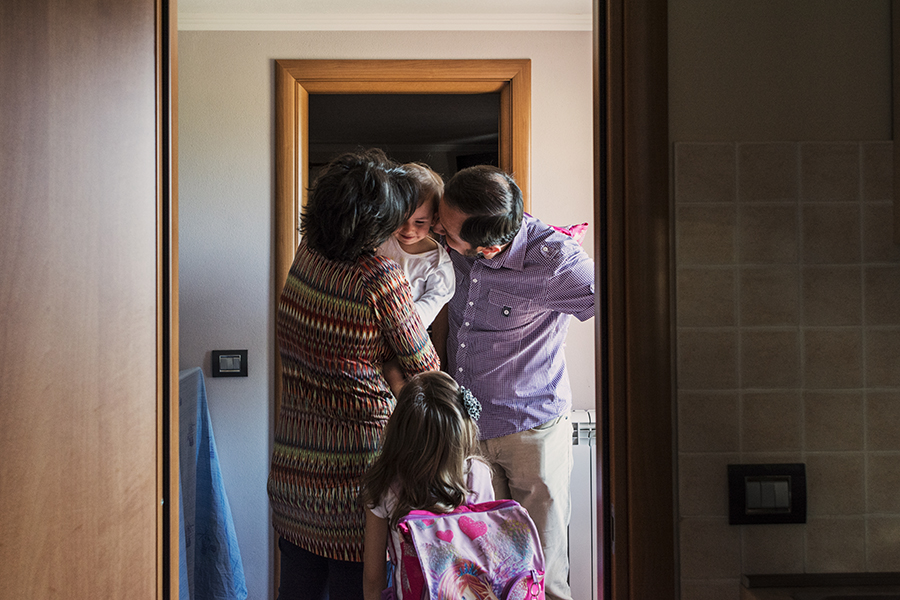 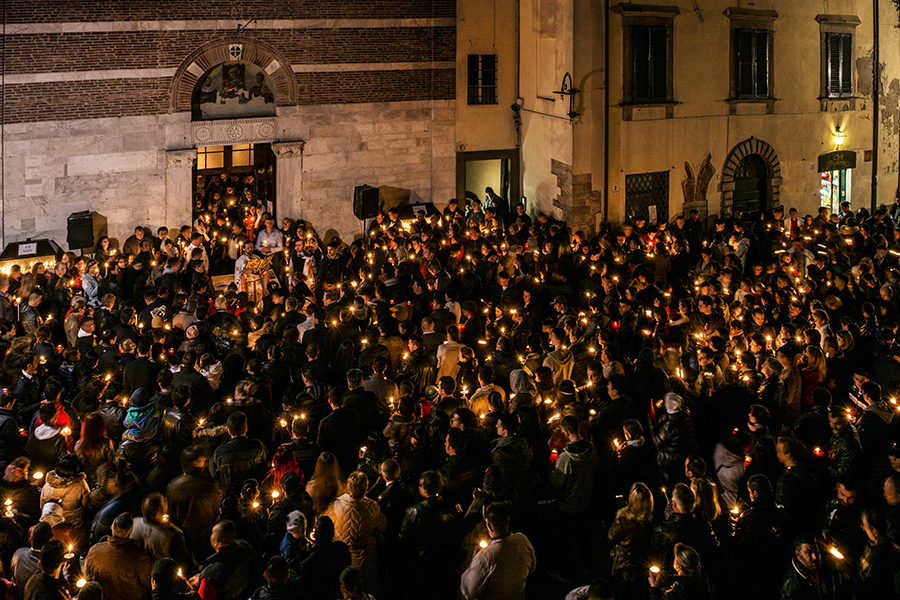 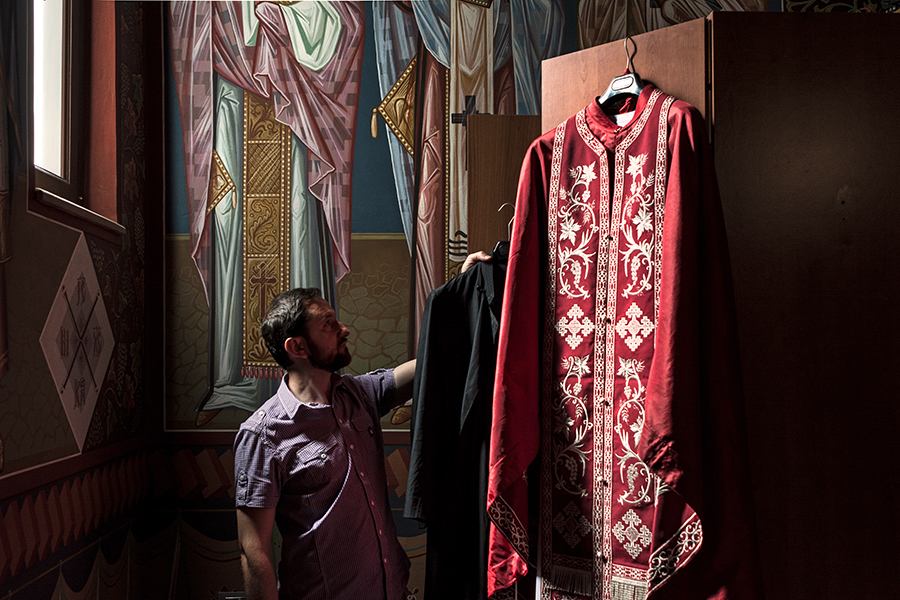 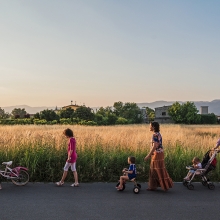 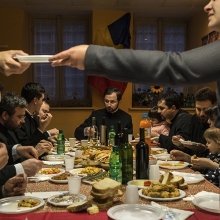 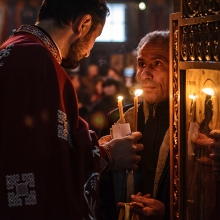 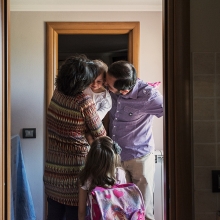 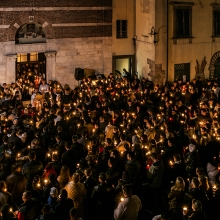 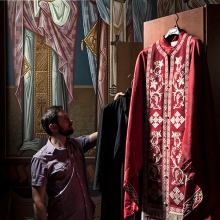 Father.
A word that encompasses human and sacred, in which the divine relationship is premise to give meaning to being ground. Light and matter.
A father is the begetter of life on earth, and the Father is the One to whom life itself is returned when the time is over. It longs as a refuge, saving hero who can do all and denies, in daily steps as a parent and as eternal as God.
And here is a young man, little more than a boy, covered with religious authority and conscious householder inspired by rigor and idealism in the sacrament of marriage, represent the dual aspect of his father in his everyday gestures.
It comes from Romania, where Bucharest was devoted to theological studies of the Orthodox Church. Since a few years as a priest was sent to cure an Orthodox community in Italy, with the mission to carry on the tradition of the Byzantine liturgy.
The sanctity of his life among the people and in the home, between the faithful and their children, is enhanced in accordance with the religious and moral traditions that express love and continuity.
A Father, always and everywhere. Father Liviu.

I was born in Pietrasanta (Lucca) on Aug. 29,1979 and I currently live in Lucca where I work as a restorer of cultural goods.
In 2015 I obtained a master in photojournalism and documentary photography at “Fondazione studio Marangoni” in Florence.
Sensitive to the communication through the artistic expression, I discovered my passion for the photography just few years ago.
Togheter with my innate curiosity as a traveler who I am, photography changed my life giving her a deep meaning.
Travelling and transmitting traditions and emotions by a picture means offering an emotional and cultural heritage for the posterity, fixing the memory of the humanity’s roots; as far as I’m concerned travelling is the most powerful way of knowledge.
I’m particularly keen on the anthropologic and environmental aspects and I really love the world and anything which is part of it. With my photographs I try to capture the sensations given by light which involves everything.
The human being and his traditions, all around the world even in the most remote corners of the planet, deeply fascinates me.
“I personally consider this world just like a great book full of stories which I’m just trying to attach some illustrations”.