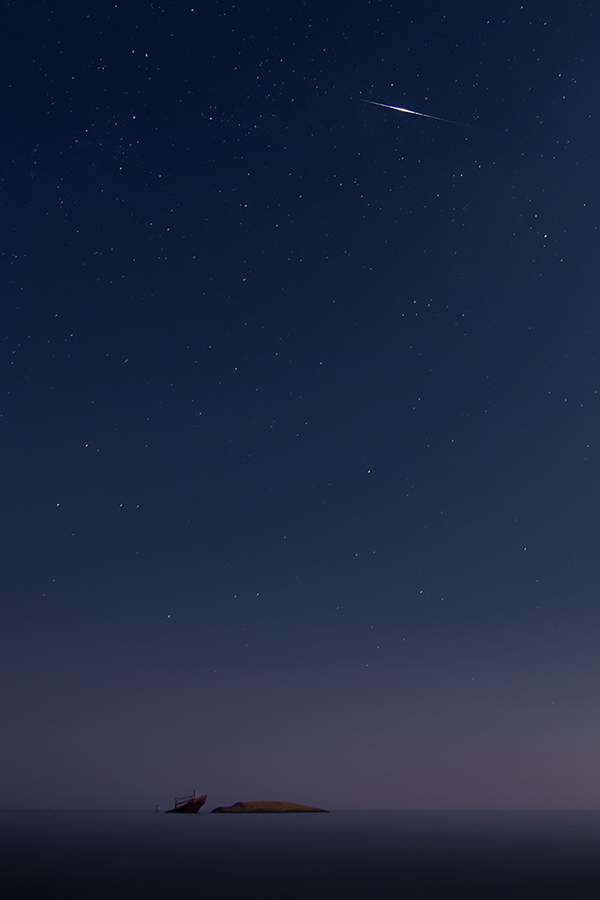 OLD AND NEW TECHNOLOGIES:
An old wreck of a half sunken ship near a Greek island is opposite to a trail of light imprinted on the upper right. The latter was produced by an "Iridium Flare", that is an intense but fleeting glow created by the iridium surface of a satellite in orbit around the Earth hit by sunlight.

Simone Arrigoni is a classical pianist, Freediving World Champion (he set 20 World Records in the sea, lake, under the ice and with dolphins), and awards-winning photographer.

One of his astrophotographies was published as EAPOD - European Astronomy Picture Of the Day (28 January 2017), and he has been appointed Italian Photography Ambassador in China.

A selection of pictures is featured in Saatchi Art Gallery