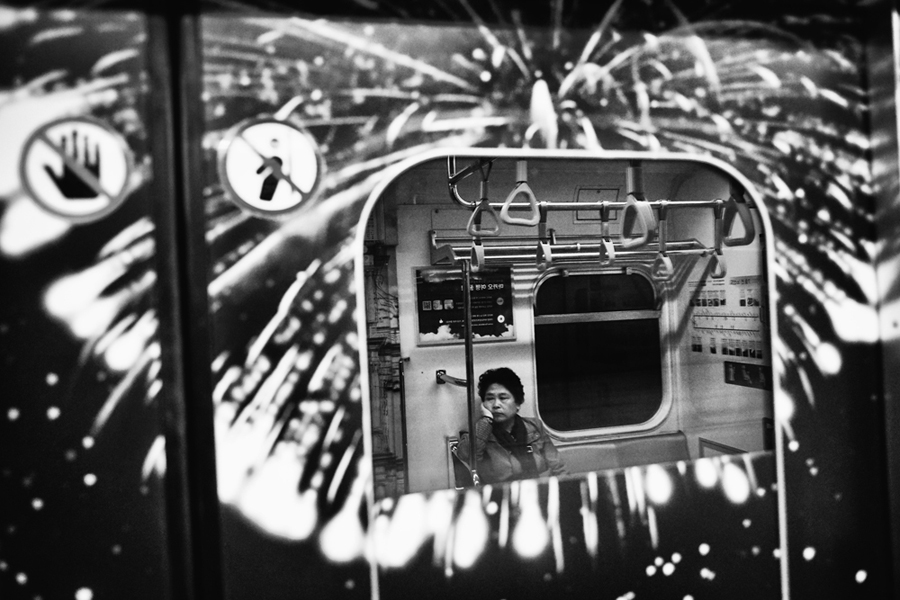 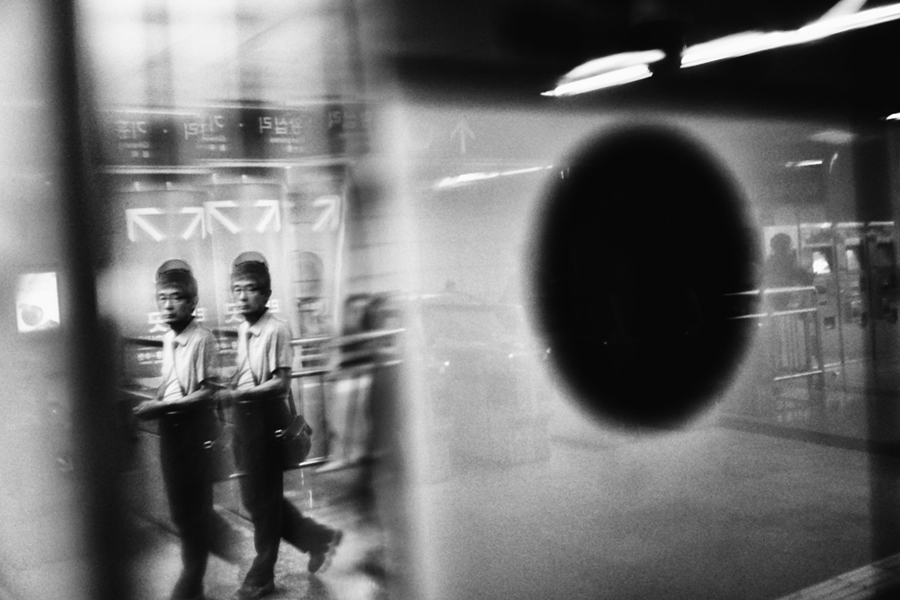 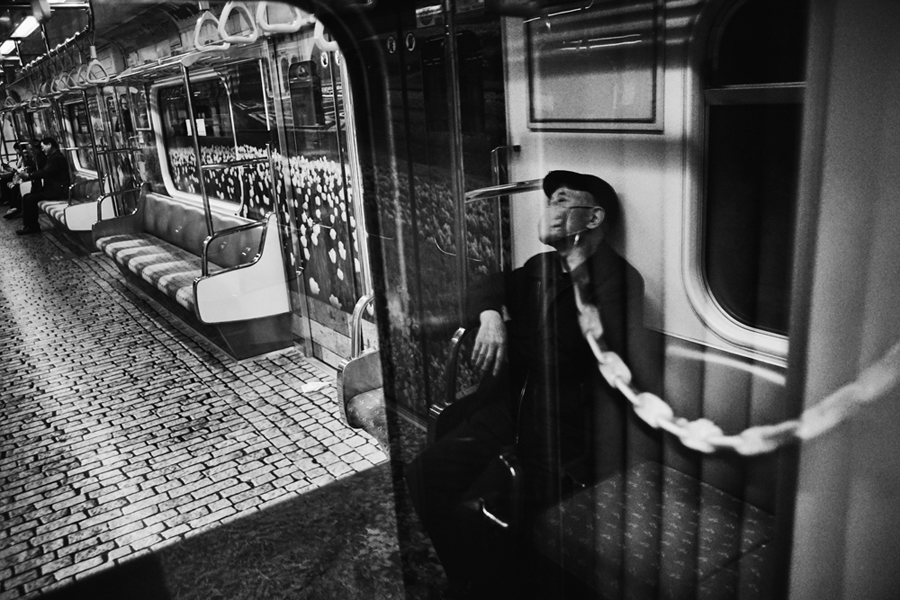 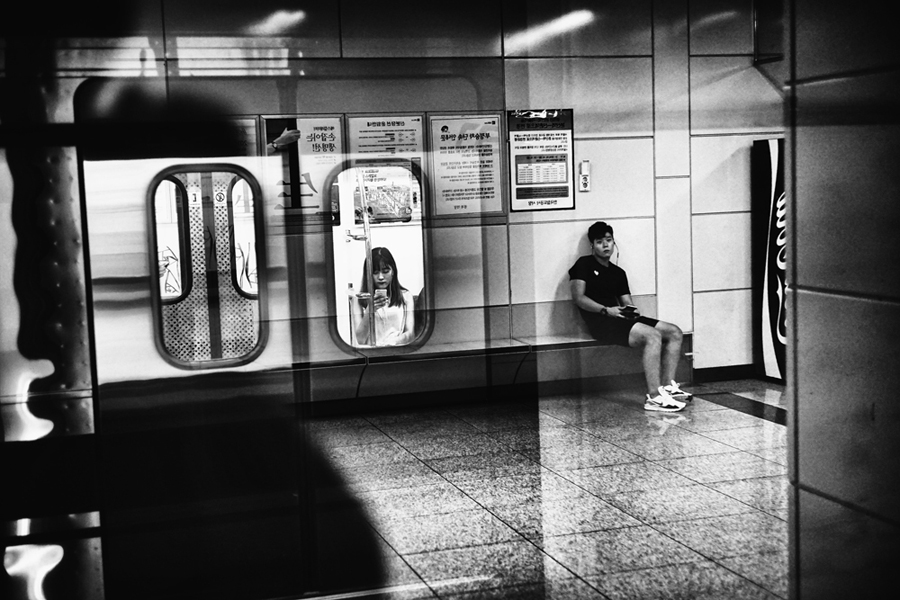 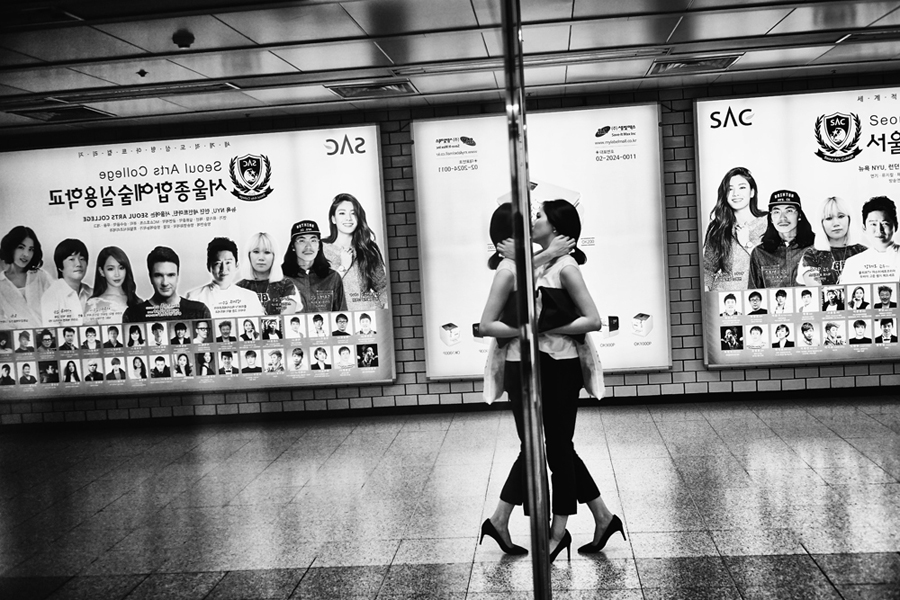 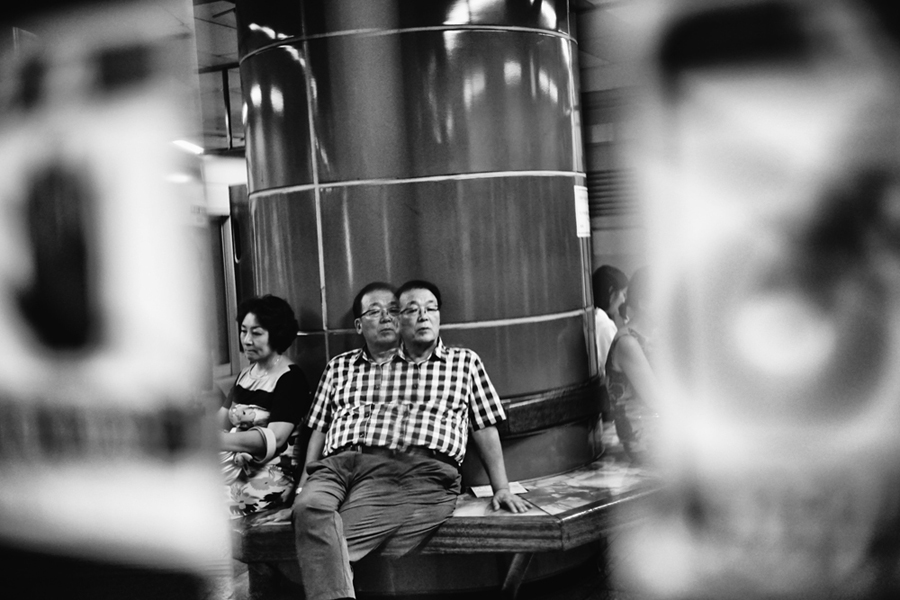 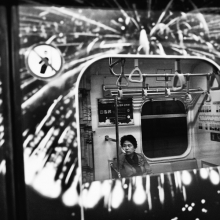 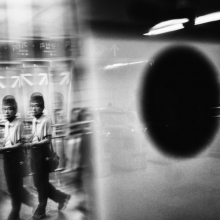 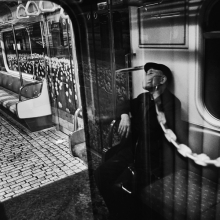 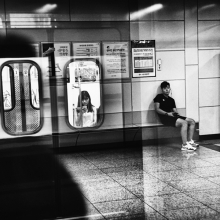 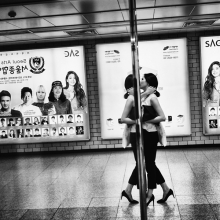 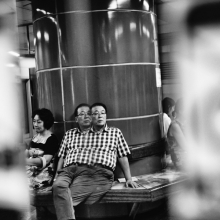 Photographing the Seoul Metro is a time of reflection for me.

Although I was born in South Korea, I was raised in a rural, predominantly white area of the United States that culturally distanced me from my mother’s country. Since moving to Seoul, I’ve made a habit of haunting the metro. I can spend days jumping from line to line, taking in as much as I can. I could say it’s because I want to go somewhere new but that isn’t the full truth; I’m exactly where I want to be.

The metro is where the “real” Seoul congregates: true lives that won’t be portrayed in tourism ads or K-pop songs. Travelers on our own journeys, we pass and disappear in a blink of an eye. Here we are all away from home.

Is that where our similarities end? We may share heritage and fleeting travels, but as a foreign gyopo, I fear I won’t be able to overcome my sense of separation.

The people of South Korea remain to me as apparitions, echoes of light and shadow on the subway walls and windows. Is it an otherness I feel inclined to understand or facets of myself? All I know is I must raise my camera — Click.

I am left amid reflections as trains of thought prepare to depart.

I’m an emerging photographer currently based in Seoul, South Korea. As a Korean-American who grew up in a rural area of Virginia, I have a unique perspective of Korean identity and its relationship to both global and regional communities. I studied photography as an undergraduate, but set it aside during my MFA program at James Madison University to concentrate on intermedia. After moving to South Korea I rediscovered photography, using it as a means to document and share my experiences. In 2016, I mentored under David Alan Harvey to further study photographic philosophy and authorship.

More of my work @ www.arguspaul.com