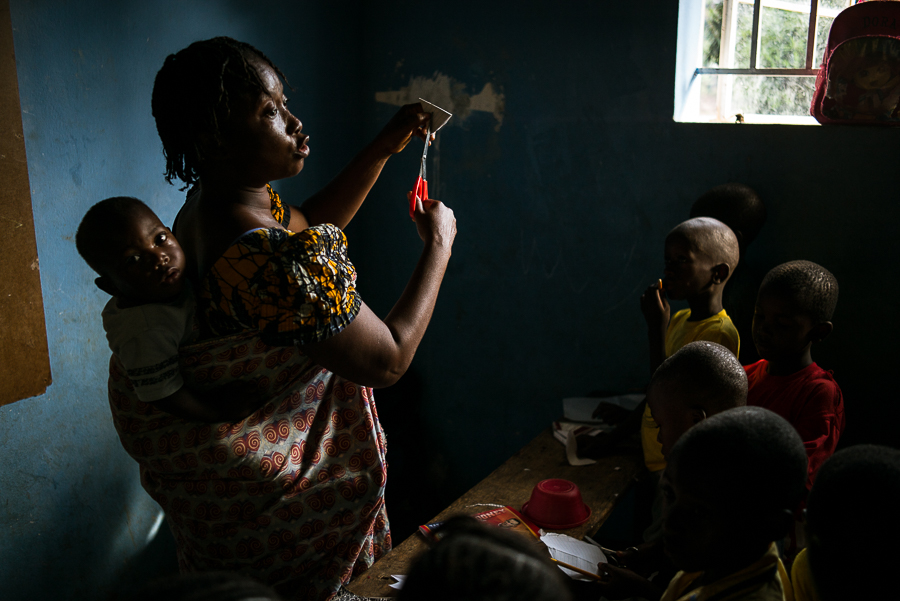 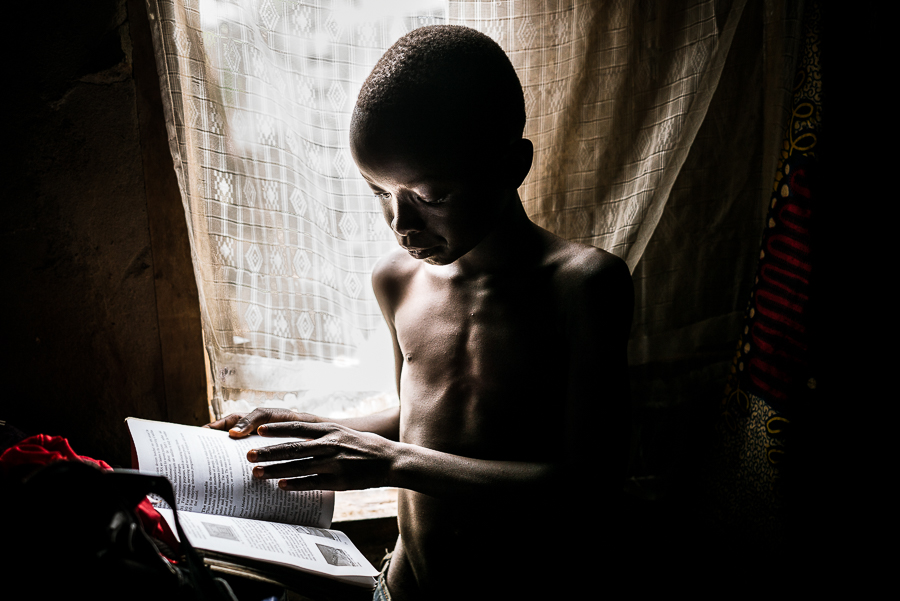 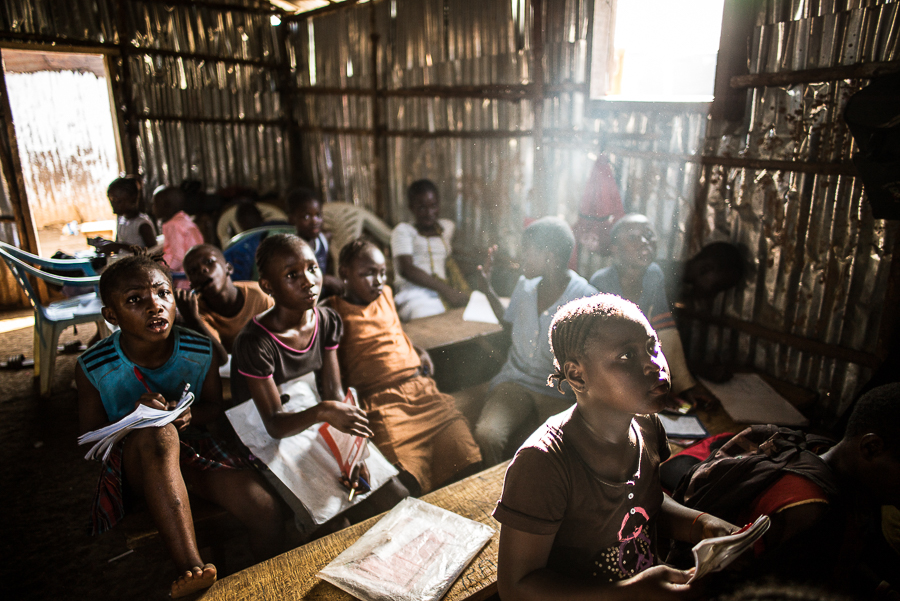 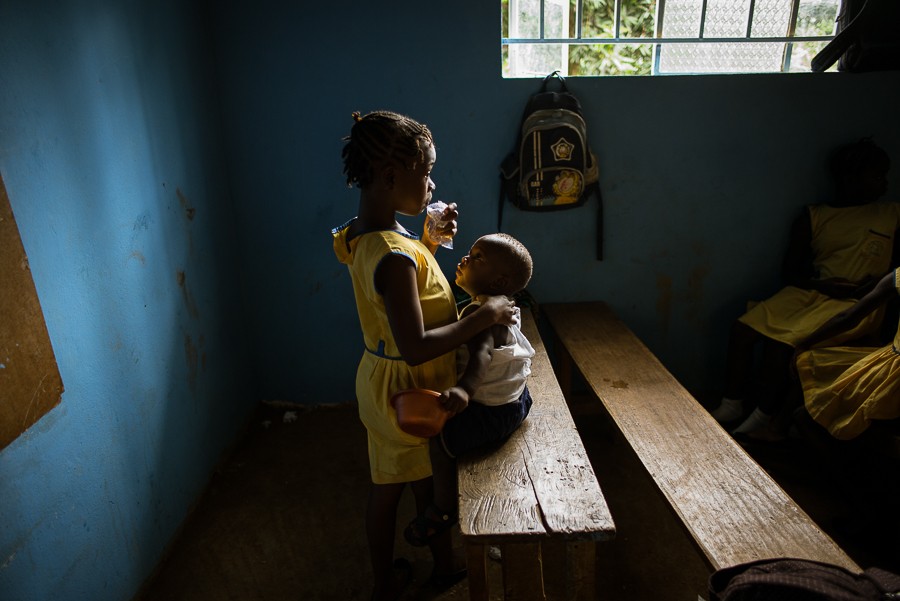 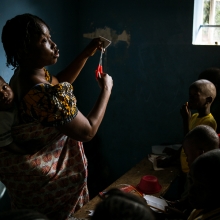 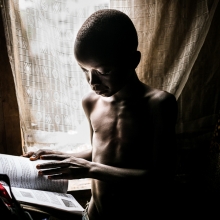 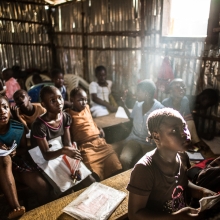 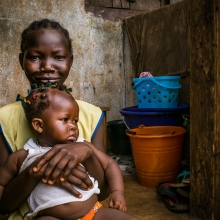 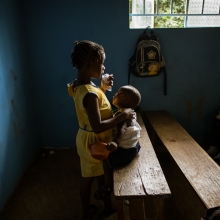 This series of photographs follows the lives of a series of Sierra Leoneans in Freetown, Sierra Leone in November of 2015, struggling to keep their lives on track in the immediate wake of the Ebola epidemic. Their stories illuminate the universality of the process of recovery—human resilience in the face of adversity, overcoming despair, suffering setbacks, celebrating success. Teacher Edna Boyle, unable to afford child care but committed to providing the children in her community with an education, carries her son on her back to her job as a primary school teacher at a local school in the George Brook neighborhood of Freetown. In another photo, a student cares for the teacher's son while teacher Edna supervises recess outside. Unable to return to school following the Ebola epidemic due to his family's financial struggles, a young boy longingly leafs through a textbook belonging to an older brother, which the boy himself is unable to read. In the neighborhood of Kroo Bay, thrilled to be back in class following the months-long school closures during the epidemic, a young girl sits raptly absorbing the day's lesson on how to read a clock. Orphaned during the Ebola epidemic, Adama Koroma smiles proudly as she holds her younger sister, born to Adama's adoptive parents 2 months after Adama was adopted.

Sara B. May is an international documentary photographer and humanitarian photojournalist whose work has included post-Ebola Sierra Leone, Typhoon Haiyan in the Philippines, and the US/Mexican border. She has also produced work for non-profit organizations in Sierra Leone and the United States. Her work has been published on PBS and TakePart.com and her recent project “Recovery: Life in Sierra Leone after Ebola” was named a finalist in this year’s Social Documentary Network competition, “Visual Stories Exploring Global Themes.”