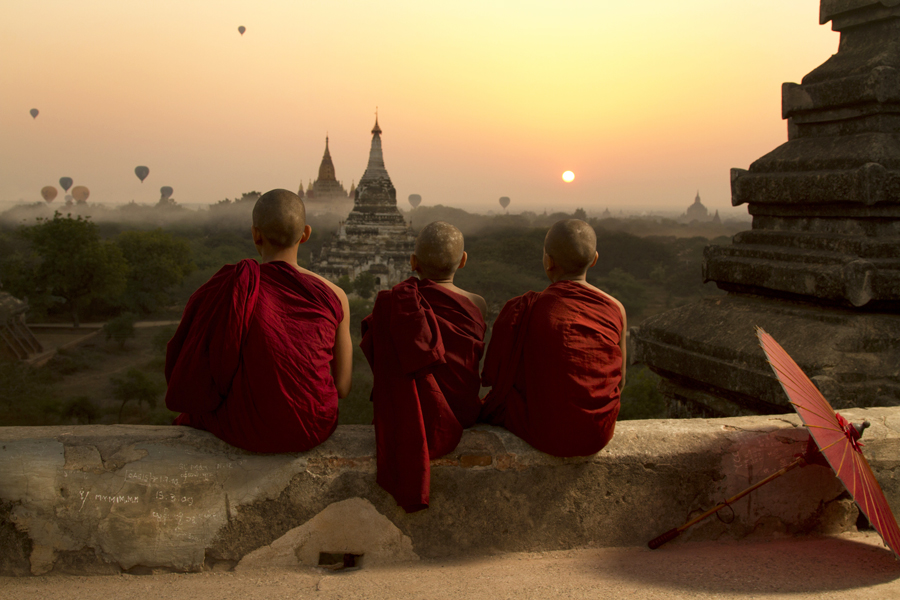 I headed into an abandoned temple hours before dawn, in the lost quarters of the archaeological zone in Bagan. Three novice monks led me barefoot with a single candle, through the crumbling tunnels that were almost impassable. The black of the temple interior echoed with the chirping and flapping wings of the resident bats. The air smelled of ancient decay and organic matter, accumulated over centuries. The monks prepared a candlelight ceremony at the foot of a grand Buddha that was invisible to the eye just moments earlier and began to chant. Following the ceremony we headed the the temple roof to gaze over the golden haze of the magical Myanmar sunrise.

Misha Masek is an International award-winning photographer with numerous sold out exhibitions in Canada, Europe and Asia. Her "Idea of Nature" photography series was voted the Must See exhibition at the Scotiabank Photography Festival in Toronto, as well as being featured in several magazines in Malaysia. She has been experimenting with Fine Art Metal prints for 8 years and is in the forefront of this innovative technology. Her infused Metal Prints have a brilliant luminescence and an industrial chic appeal. Misha is currently working on a 3 part series titled, "A Displaced Pendulum & Cultural Views on Equilibrium." Part one of this series explores Nature, Conservation and Sustainability. Misha is an avid traveller, adventurous risk-taker, naturalistic observer, wildlife enthusiast and passionate artist.