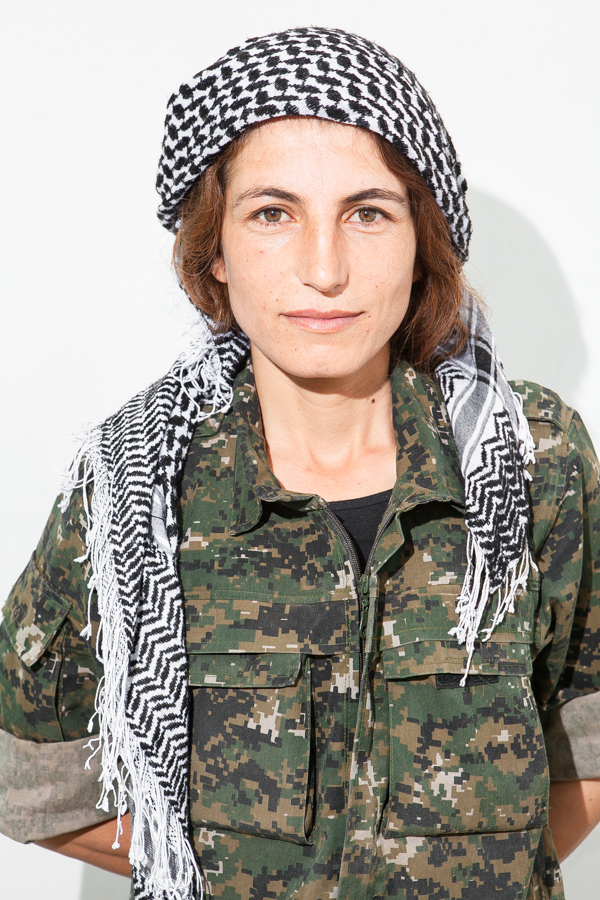 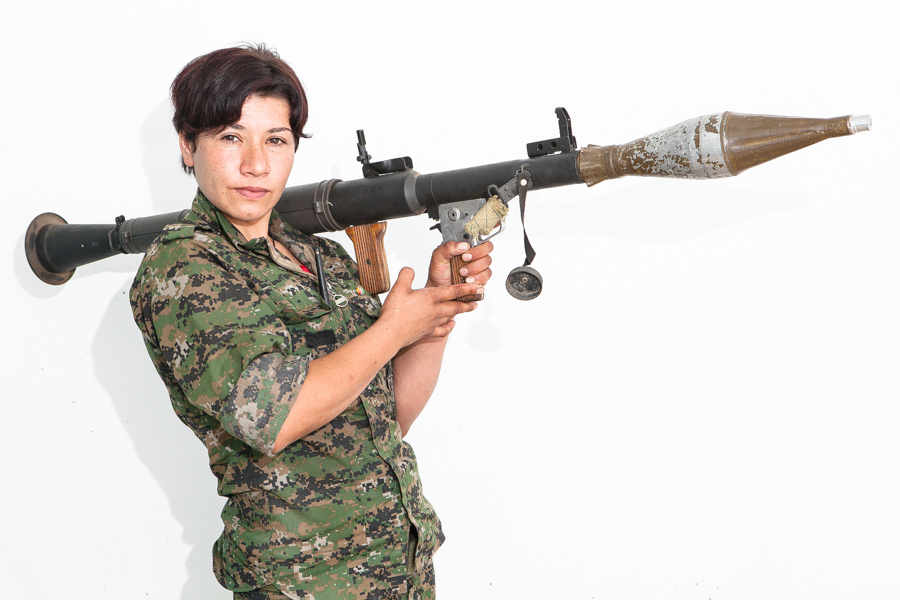 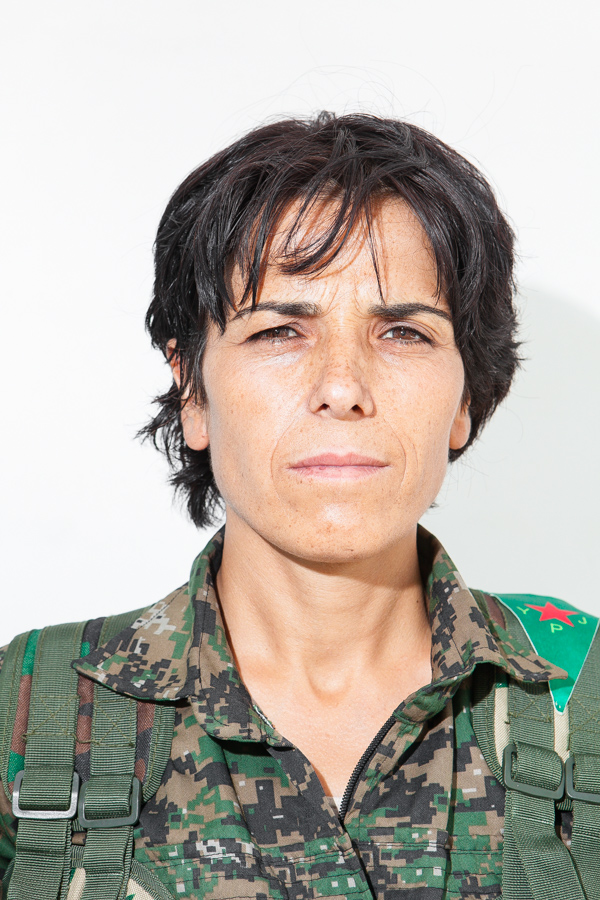 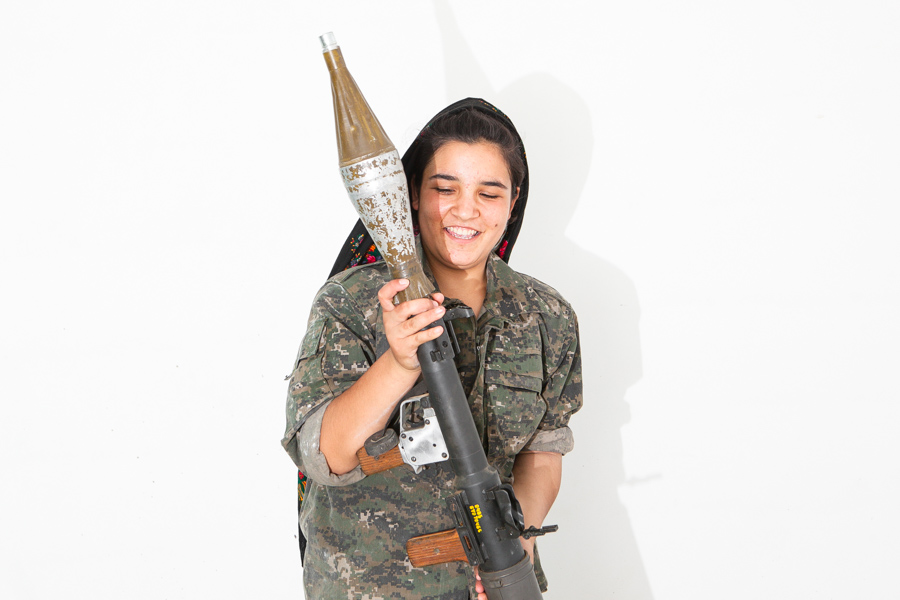 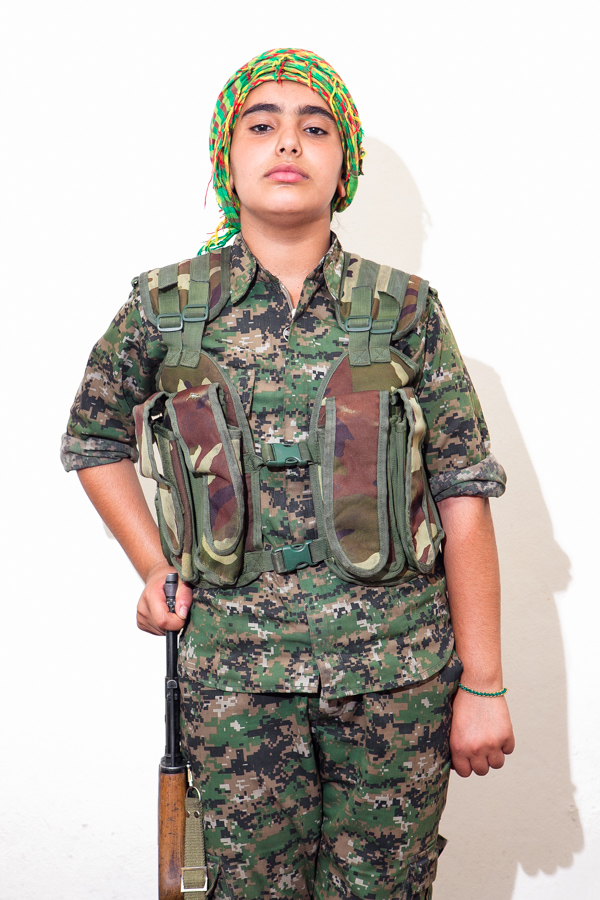 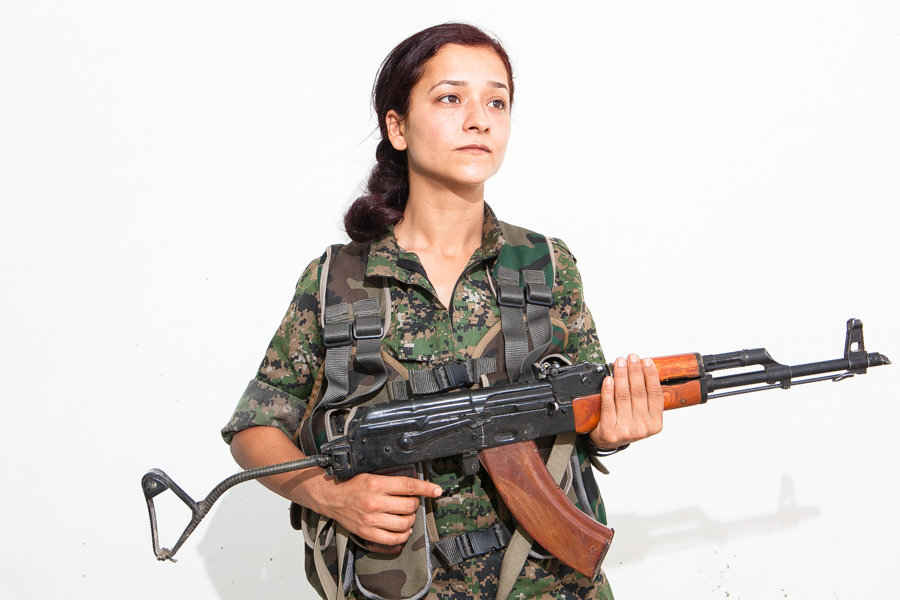 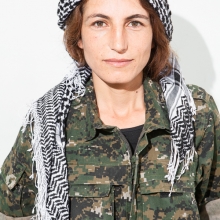 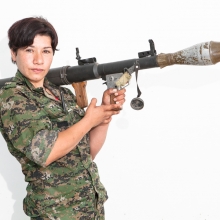 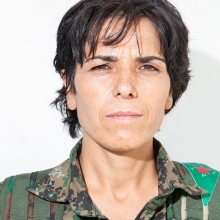 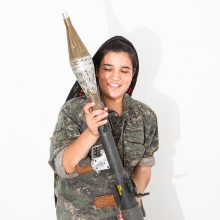 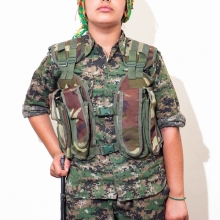 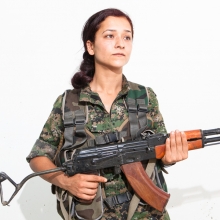 In the dry and desolate terrain along Syria’s northeastern border, thousands of female soldiers have been fighting an incalculably dangerous war for over two years. They fight despite daily threats of injury and death. They fight with weapons that are bigger and heavier than they are against a relentless enemy. And yet they continue to fight.

They are the YPJ (pronounced Yuh-Pah-Juh) or the Women's Protection Unit - an all-women, all-volunteer Kurdish military faction in Syria that formed in 2012 to defend the Kurdish population against the deadly attacks led by Syrian President, Bashar al-Assad, the al-Nusra Front (an al-Qaeda affiliate), and ISIS. Some 8,000 volunteers from all over Syria, Iraqi Kurdistan, Turkey, Iran and elsewhere have joined the YPJ, which grew out of the wider Kurdish resistance movement. For the YPJ and their families, fighting is less of a decision more a means necessary of survival. As many of the YPJ have voiced, “If we do not protect our families and defend our land from ISIS, who will?” ISIS militants, who believe they will be deprived of heaven if killed by a woman, fear being killed more by female YPJ more than they do male soldiers.

The YPJ movement is a feminist movement. Choosing the life of a female soldier provides an outlet for women to play a role counter to the traditions of their culture. They are celebrated by their community, which is unexpected in a part of the world where women are often seen as inferior to men. As one soldier, Sael Morad, 20, put it, "we can do all the same things that men can do; women can do everything, there is nothing impossible for us.”

Erin Grace Trieb grew up in Dallas, Texas and earned a Bachelor’s of Science degree in photography from Texas A&M University-Commerce in 2004. She began her career photographing in Israel and the Palestinian territories in 2004 – 2005. Throughout 2005 – 2008 she was a stringer at The Dallas Morning News and The Houston Chronicle in Texas. Since 2007 she has worked professionally as a freelance photojournalist, editorial and documentary photographer. Erin is deeply committed to social issues; her work focuses mainly on cultural identity and trauma, spanning a diversity of subject matter from international conflict to feature stories.

Based in Istanbul, Erin photographs for a wide variety of clients including The New York Times, ESPN Magazine, Rolling Stone, NBCnews.com, Newsweek, The Times of London, TIME Magazine, Harper’s, Stern Magazine and many others. Her work has received international recognition and awards from World Press Photo, Pictures Of The Year International, The Art Director's Club, and the FotoVisura Foundation. In 2011 she founded The Homecoming Project, an awareness campaign highlighting the effects of the trauma of on US military returning home from Iraq and Afghanistan; The Homecoming Project is consistently featured in the media and has exhibited in over 30 exhibition platforms worldwide. In 2014, at age 32, Trieb received the distinguished Alumni Award from Texas A&M University-Commerce.