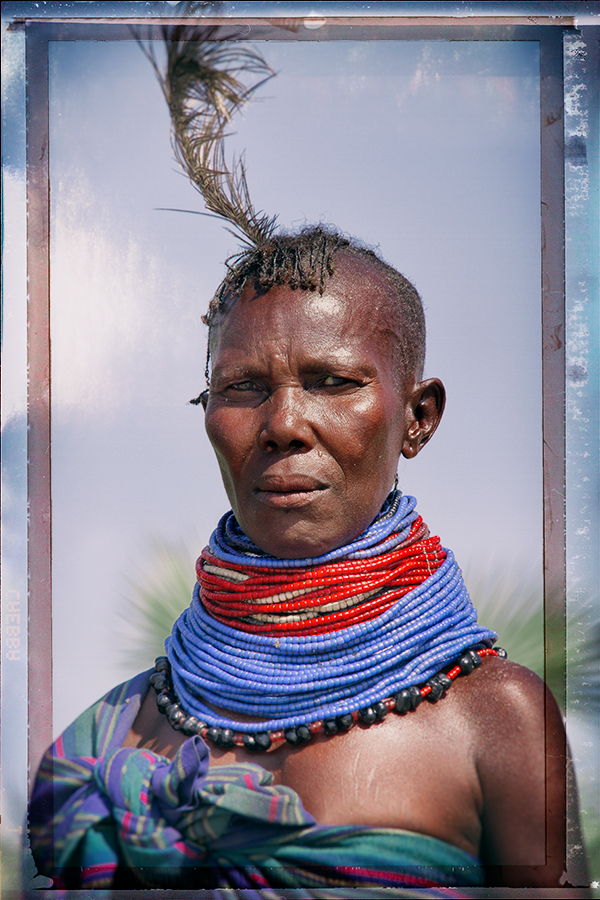 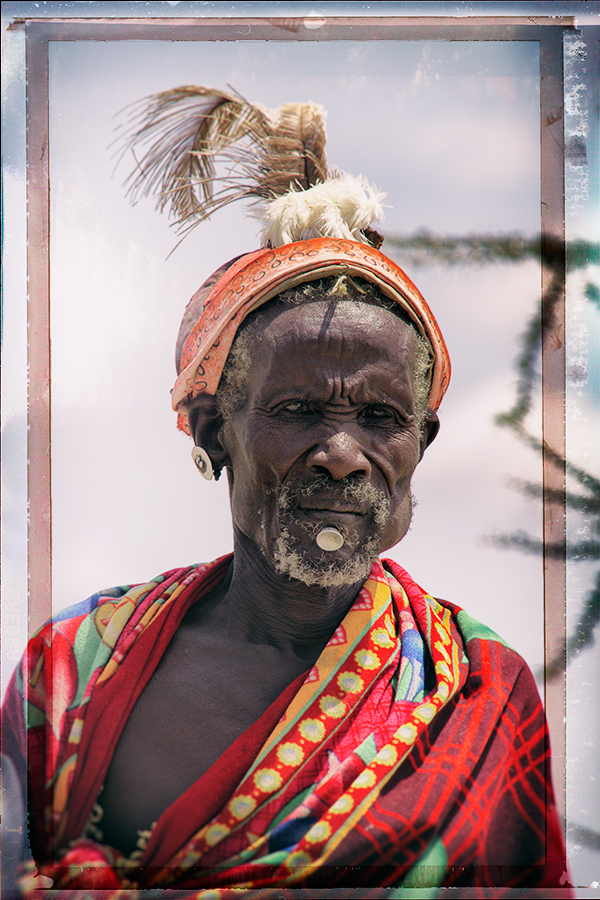 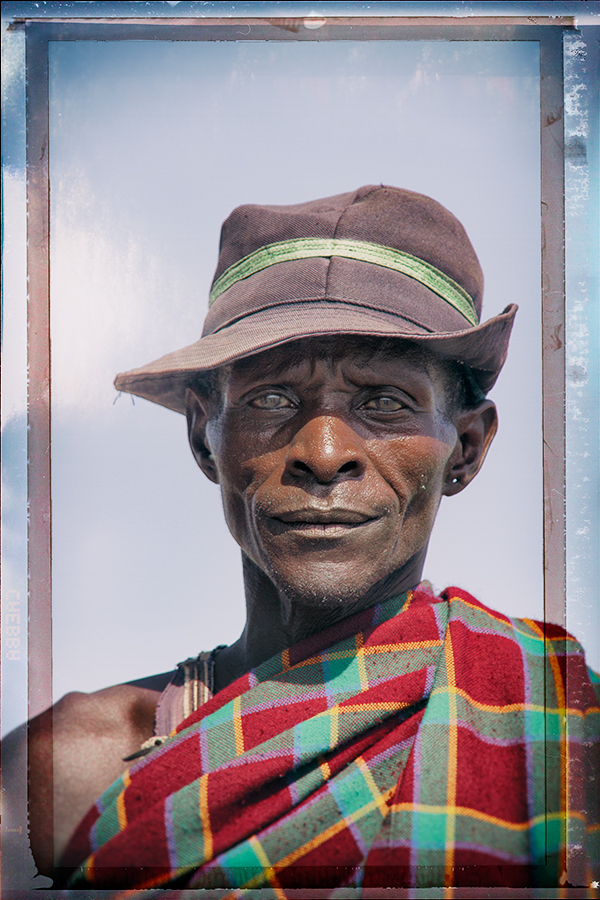 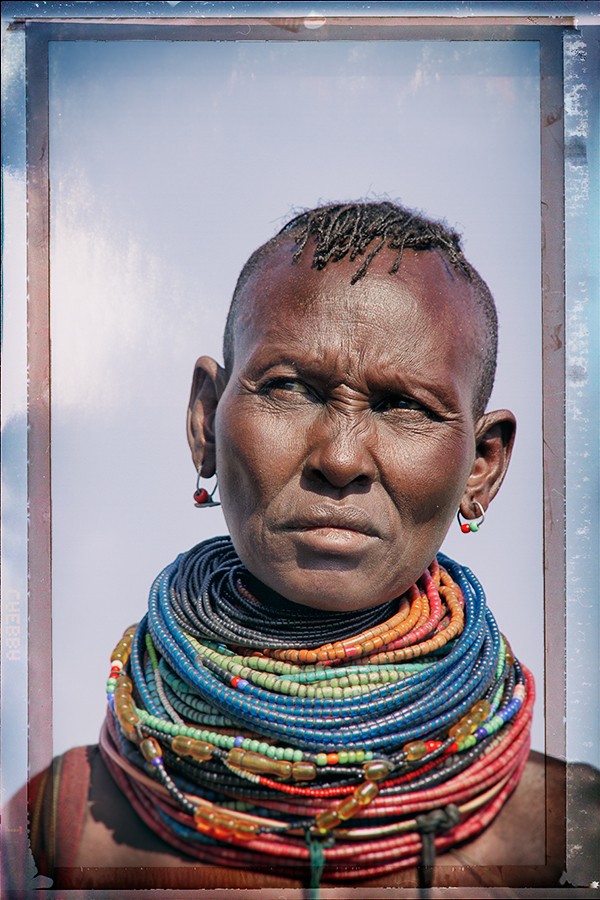 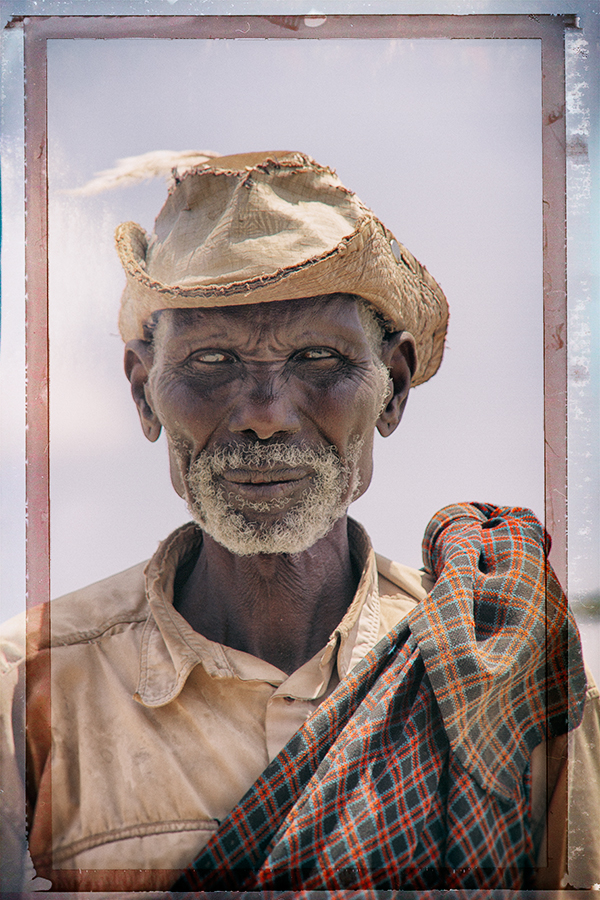 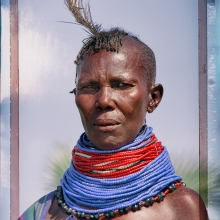 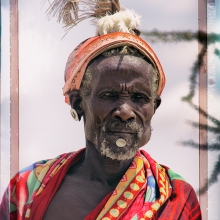 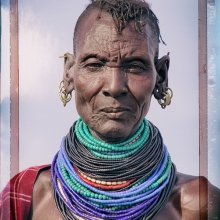 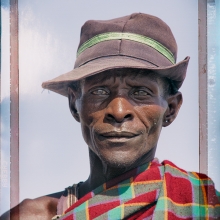 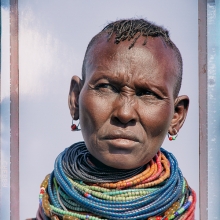 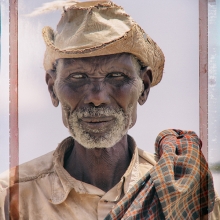 Turkana is a strong tribe living in the North of Kenya, in a very hostile desert, near the Lake Turkana. The drought makes life very hard, there is no water, it's really very hot, it's impossible to cultivate, it's difficult to rare animals, but Turkana men and women are strong, and able to overcome the difficulties. Women wear big necklaces, as symbol of richness, men are always wrapped in their blankets, have beautiful hats with big feathers, get a stick and a small stool. I've wanted to show, in this series of portraits, the real identity of this people.

Italian photographer based in Rome. Graduated in Economy with a passion for writing since her childhood.
Although grew up in front of her own father’s Rolleiflex, she only shoots her first photos after spending most of the life doing completely different things. Then, Africa and photography radically change her approach to life.
The passion for social issues and the non-profit organization Italia Solidale, in which she's involved for over 20 years, bring her and her first camera to Uganda, in 2003, among the poorest and most suffering of the planet, where she realizes that she has always had Africa inside. Getting back there over and over again become a paramount need. In the last 6 years she spends most of her time in Kenya and Ethiopia, living in close contact with some of the strongest tribes, like Turkana, Masai, Pokhot, Kikuyu, Guji, Gedeo among the others.
Her photography education starts after a publication on Namibia for an Italian magazine. Initially focused on naturalistic photography, soon she begins to shift its focus from wilderness to human nature, dedicating herself to social and anthropological reportage.
Her greatest resources for inspiration and story-telling are the relationships with the people and the places she portrays, the post-production in which she puts special attention, two little nephews constantly reminding her of how much openness is needed to actually see things, the Turkana and other African friends, constantly in touch with her.
Since 2010 she's a member of international network of photographers Shoot4Change, documenting many social issues.
Many of her works have been awarded and recognized in several international contests, as PX3, IPA, IPOTY, MIFA, IPPAWARDS, MPA.