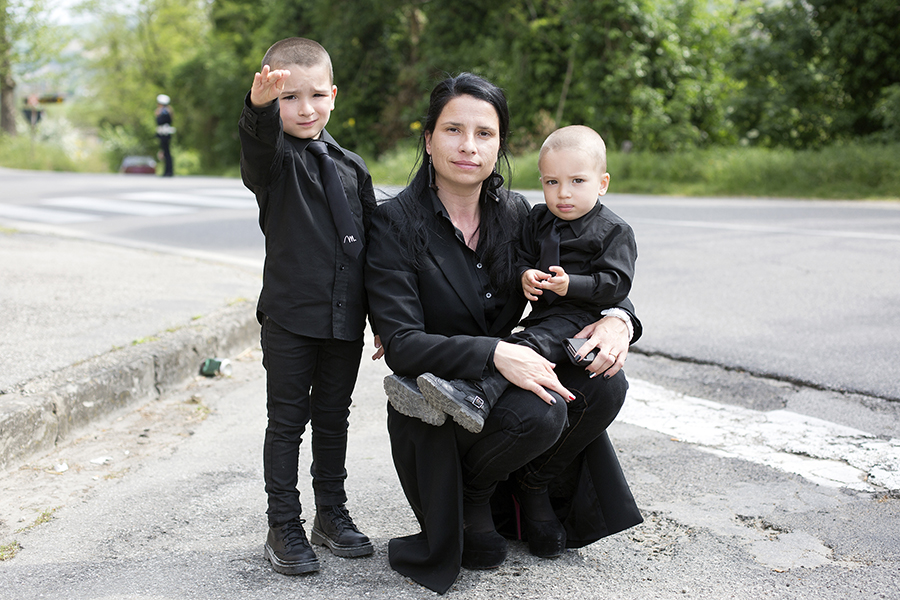 26 april 2015, S. Cassiano Cemetery in Predappio (Italy).
Nostalgic fascists at 70th anniversary of the former Italian leader Benito Mussolini.
Mussolini seized total power of the country in 1926 as dictator and ruled Italy as Il Duce from 1930 to 1943.