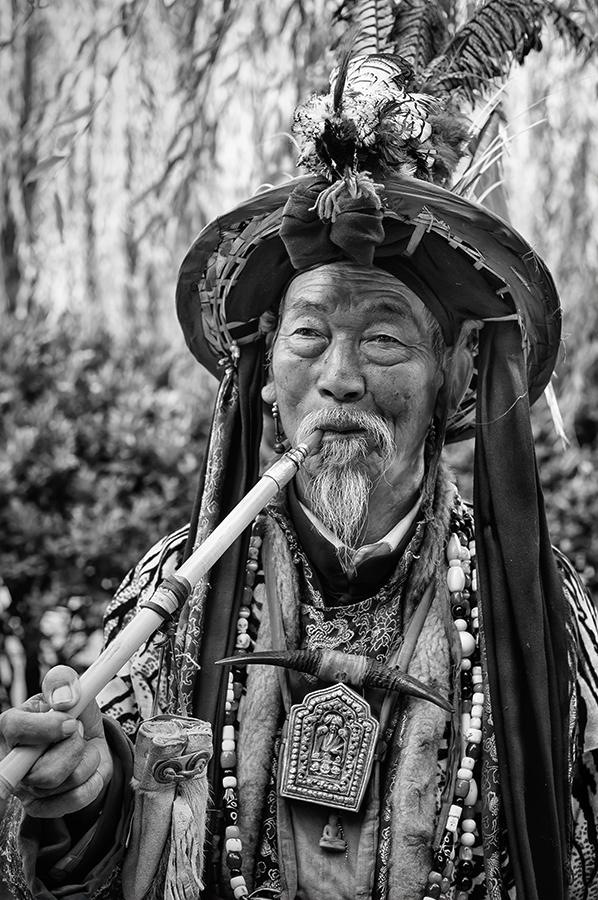 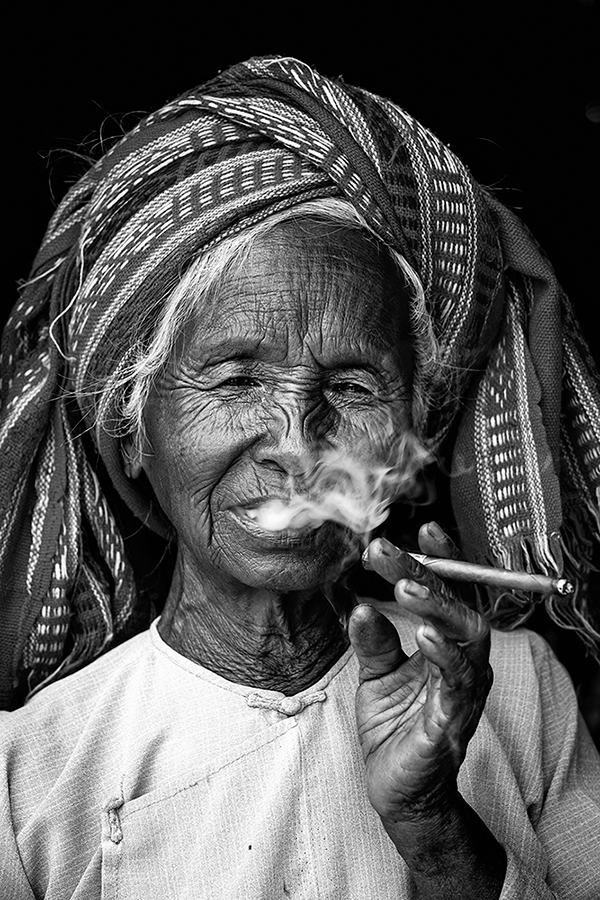 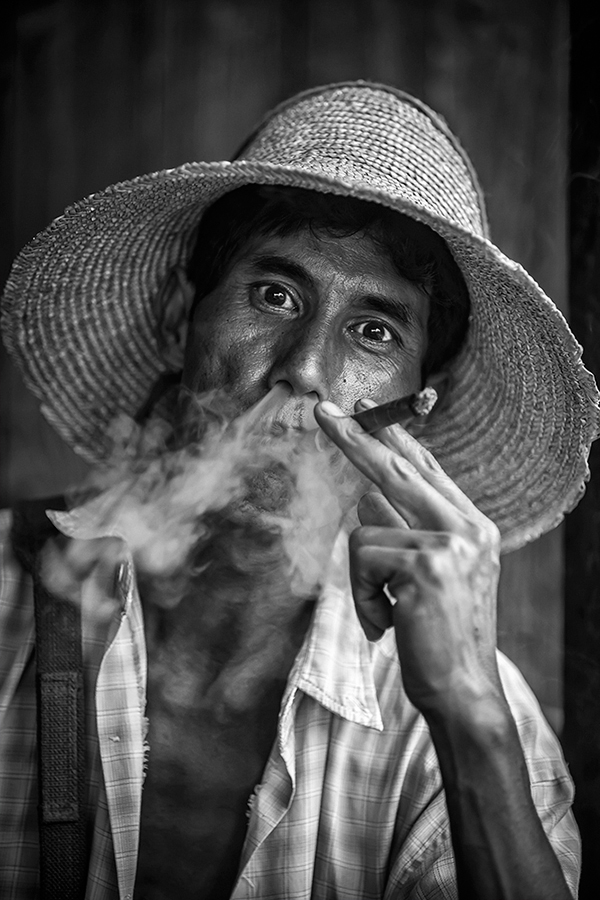 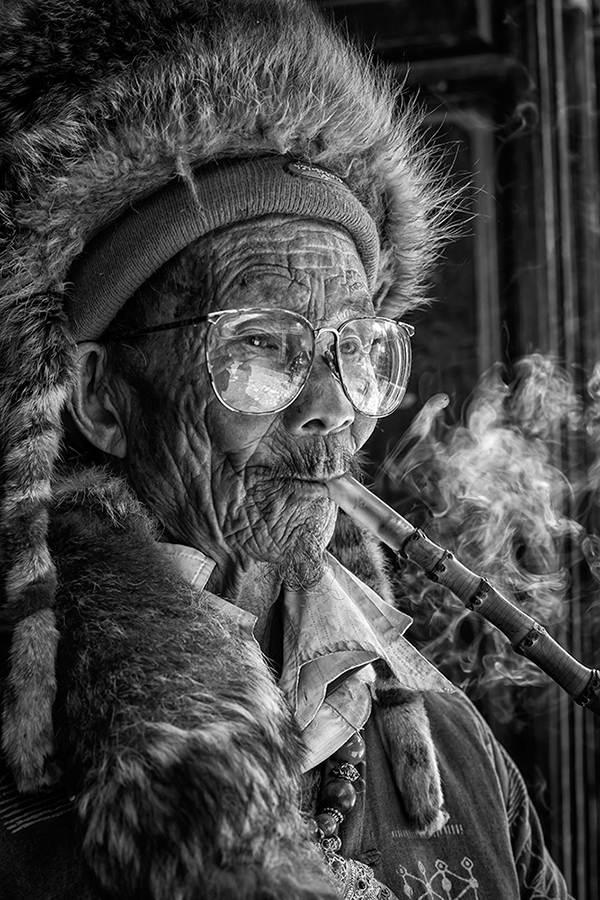 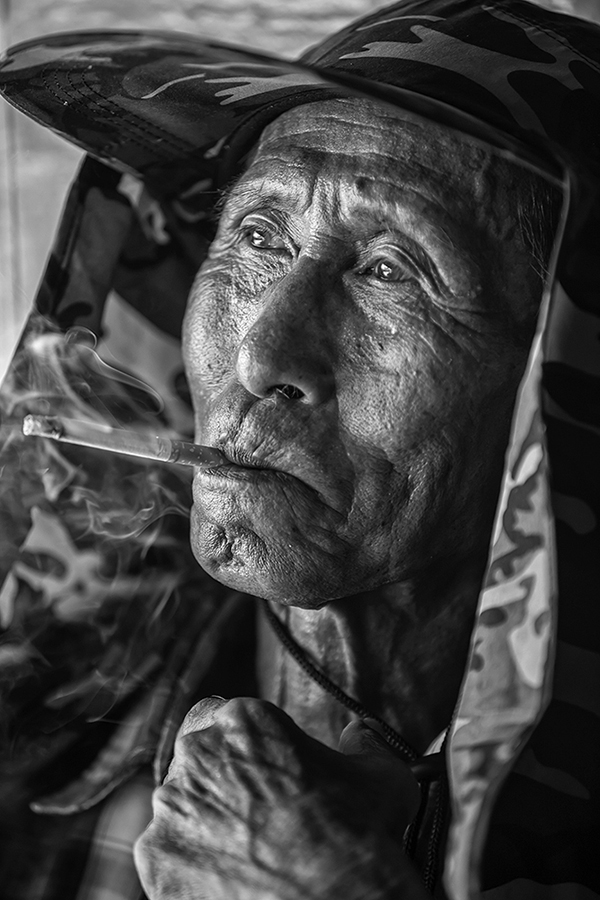 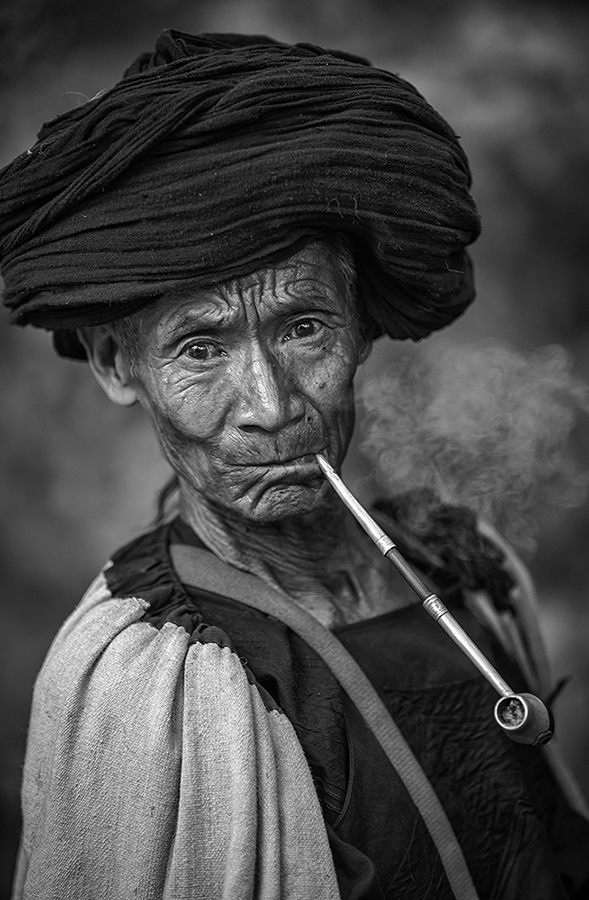 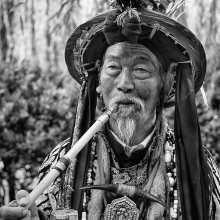 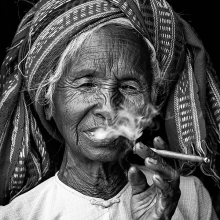 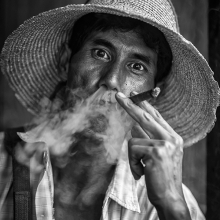 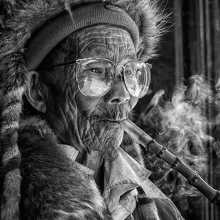 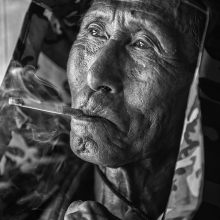 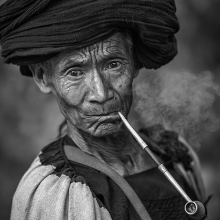 All the people portrayed in this series, although belonging to different ways of life, culture and social status, share one condition; they all smoke. and they are all Asian. This portrait study combines the use of smoke with expressions, which meet the observer's eyes in a unique way, making him feel in the need to know more about the character portrayed in the series.
There is in fact a story behind each character which makes adds up to their interesting personality: the first one belongs to a Nashi Shaman , the second to a fisheman's wife of Myanmar, the third to a buffalo seller, the fourth to a Chinese trapper and the fifth to a retired army boxer from Myanmar and the sixth to an Yi Shaman(China). It was difficult to achieve this sense of relaxing intimacy with the characters, and that was done after some long talks ,sometimes with the help of an interpreter.