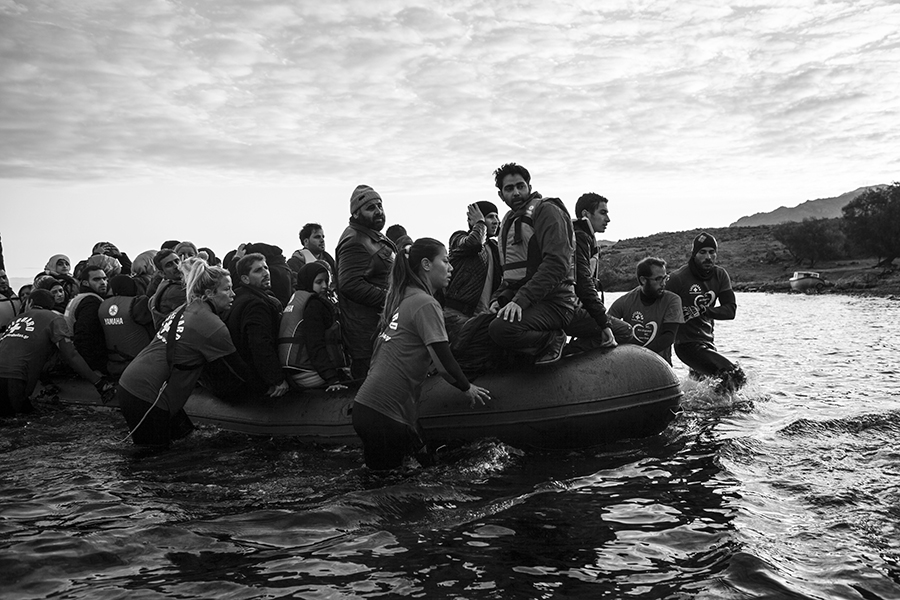 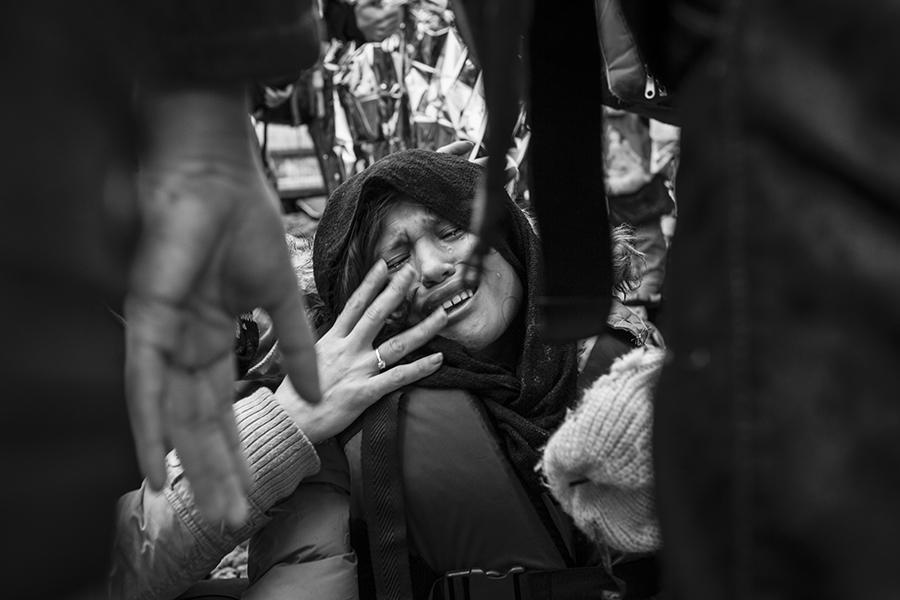 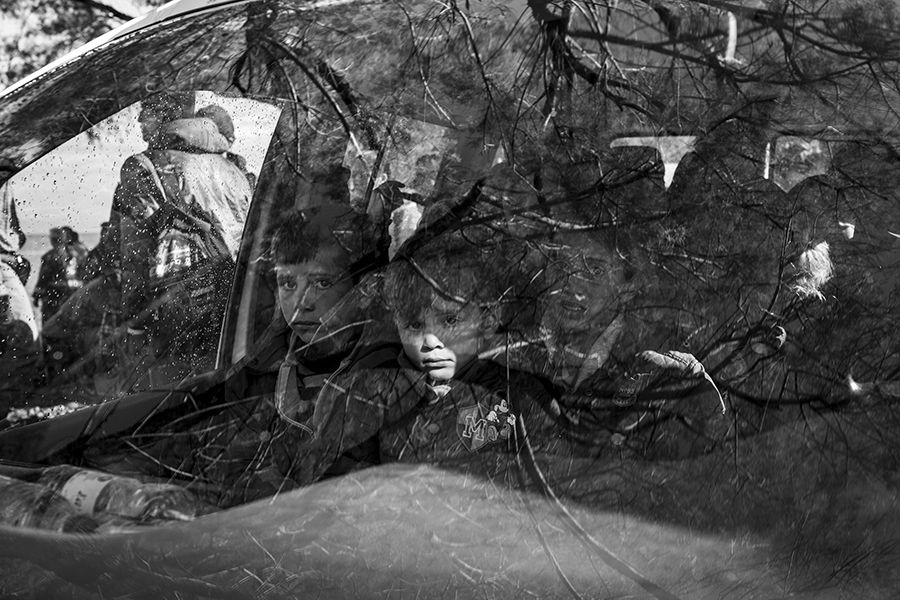 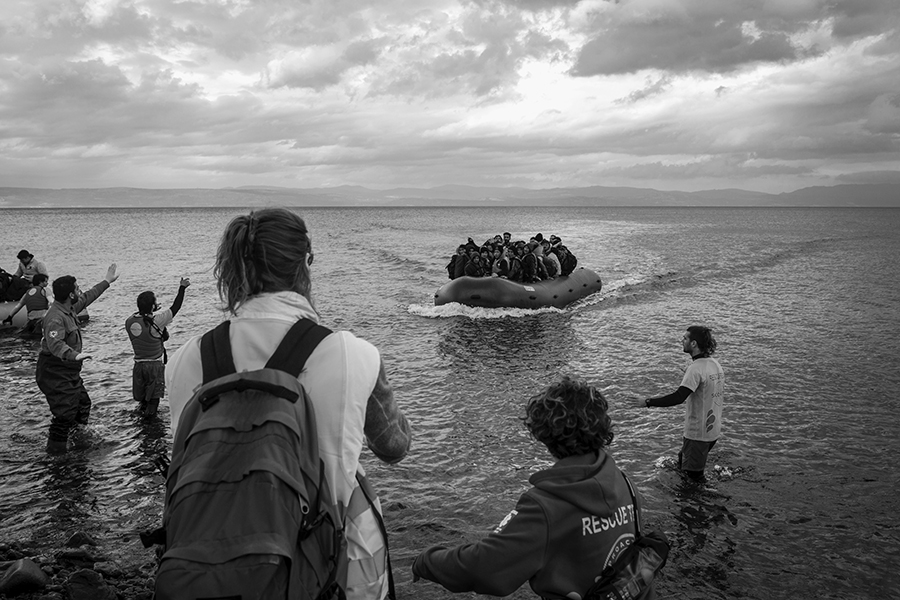 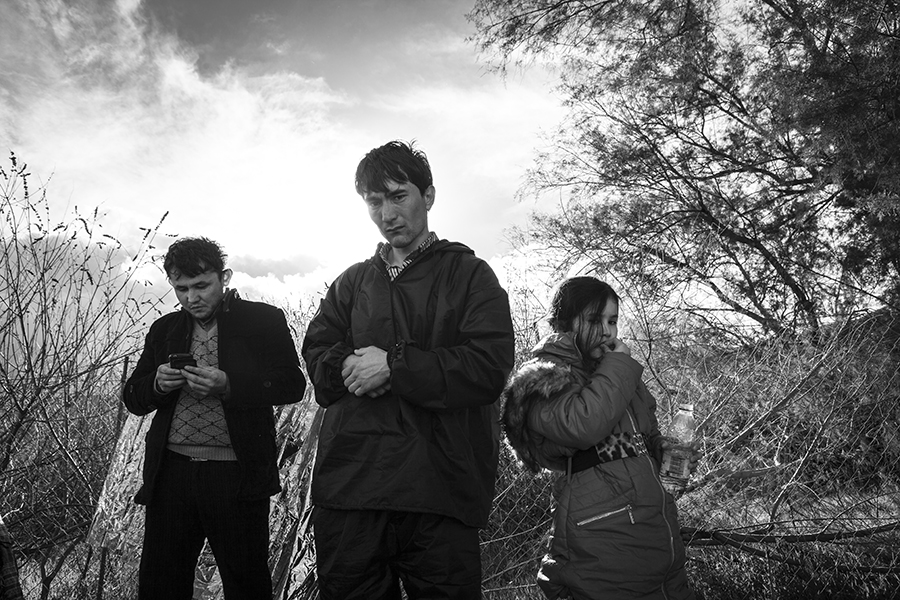 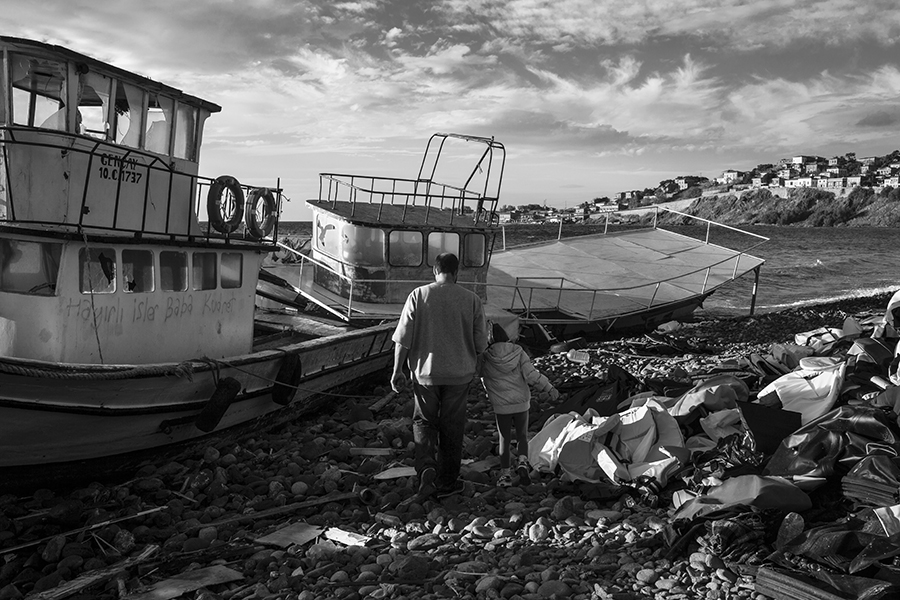 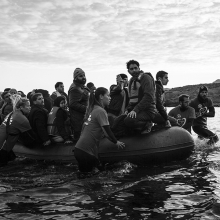 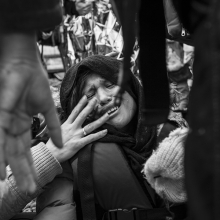 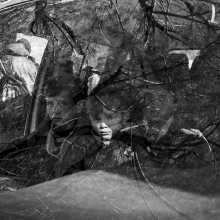 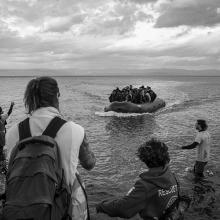 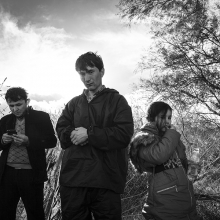 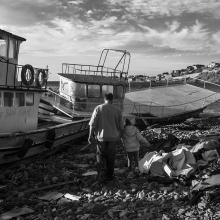 In the year 2015 the island of Lesvos, Greece, in the Aegean Sea - became the new frontline for migrants to enter in Europe. The increase of the migration flux rose up to 500% since the past years, so that the island gained the name of “Greek Lampedusa”. Just six miles divide the Ellenic shores from the Turkish land, where the desperate journeys starts and where the smugglers on the beaches of Ayvalik attempt to migrant lives willing to escape from the war zone of Syria, Iraq, Afghanistan, Kurdistan. Many humanitarian charities and single volunteers decided to rush on the island - spot of the biggest wave of mass migration since the Second World War- in order to help in the dinghy landings, rescue people in the freezing water, provide first aid and welcoming of the migrants distributing hot food, survival blankets and dry clothes. The volunteers – spotting the boats from Lesvos from the binoculars lens, looking at the Turkish shoreline, day and night, always on shifts - are the exclusive support to migrants in a State close to collapse, already waved by the worse economical crisis that recently reached Europe. Out of poverty, close to the small criminality world, many rubbers and thieves steal the dinghies carrying migrants as soon as they reach the beaches of Molyvos, Eftalou, Skala Sykaminia. Once reached the island, the migrants look back to Turkey and the six miles water that separated them from Europe. Six miles is the distance to the salvation or death in deep and perilous water, where thousands refugees, especially women and children, fell from the inflatable dinghy or wooden boats and ended their live because of hunger, cold and storms of a cold autumn.