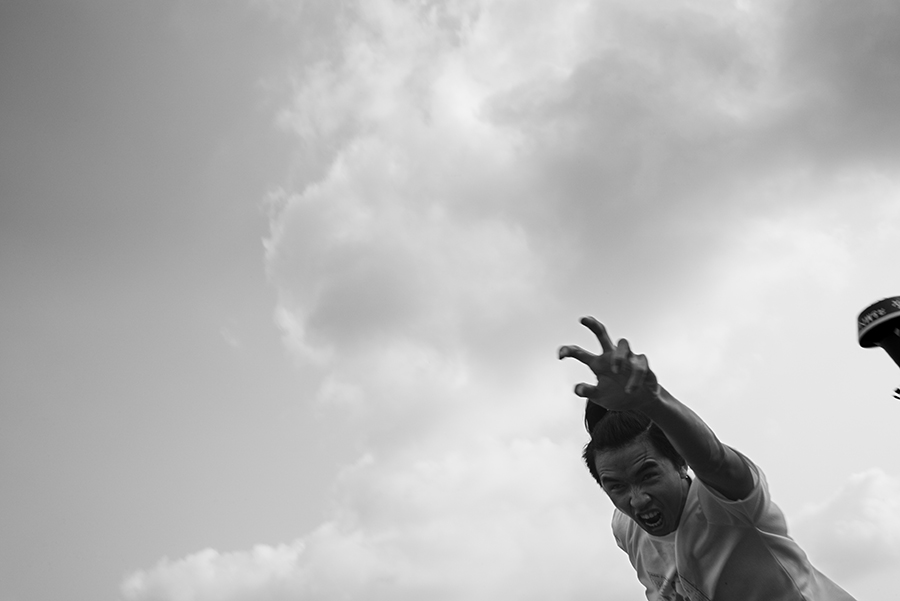 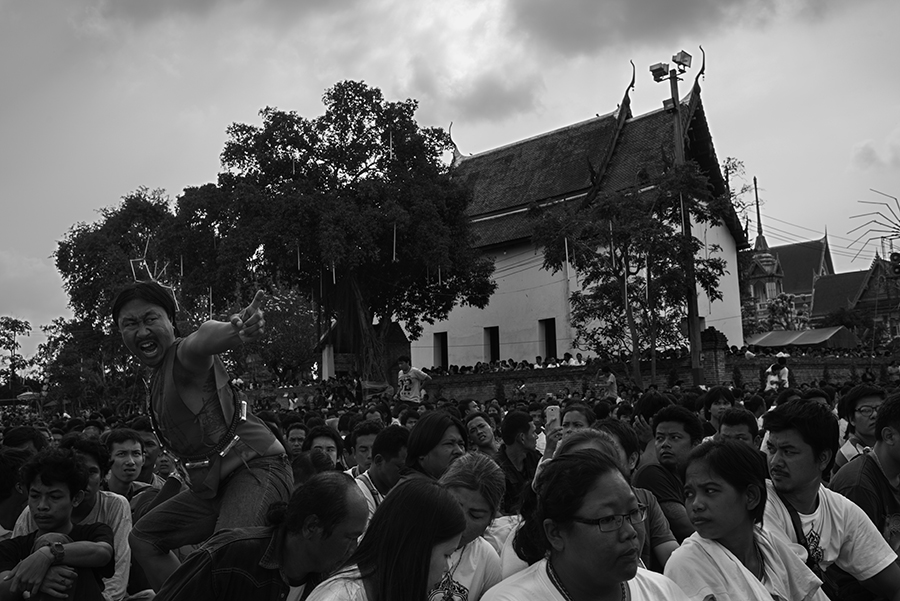 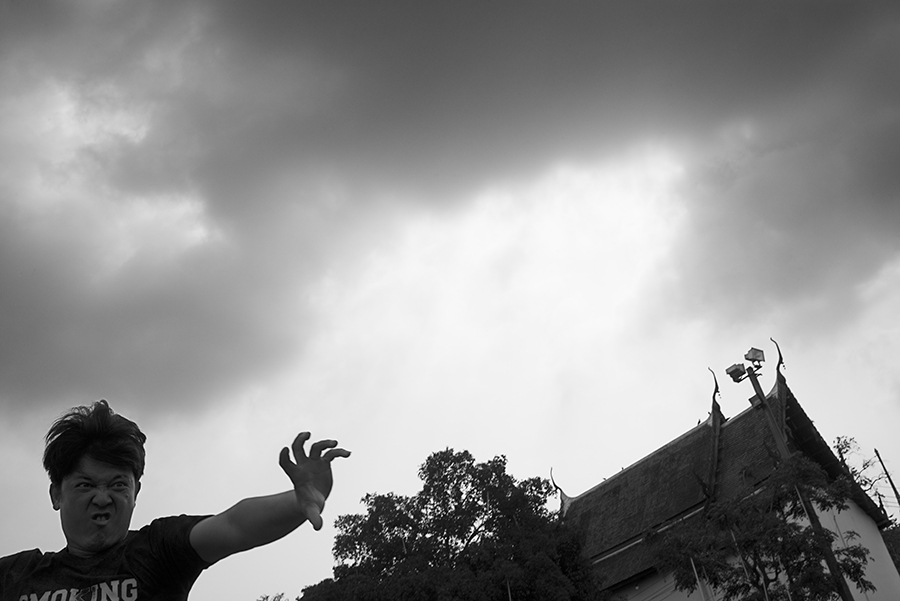 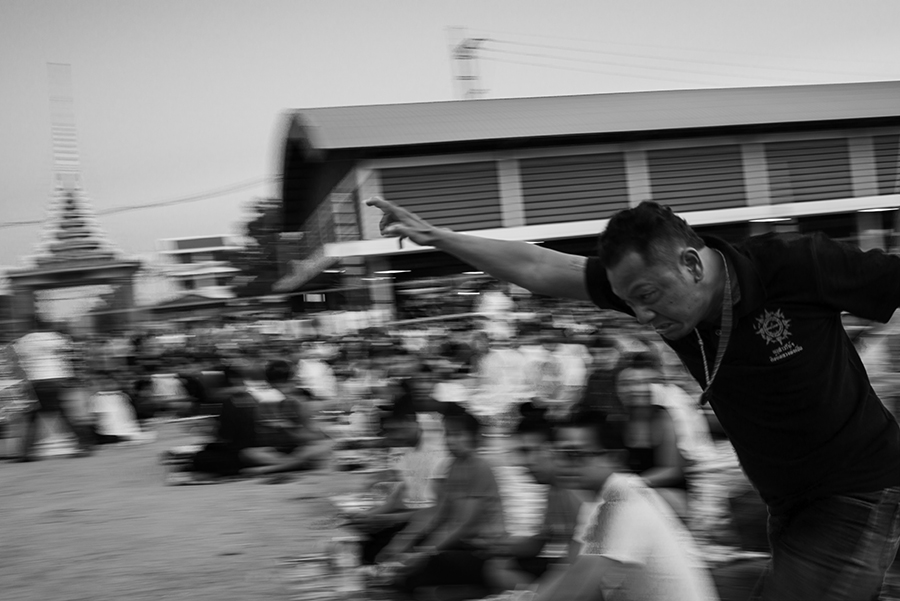 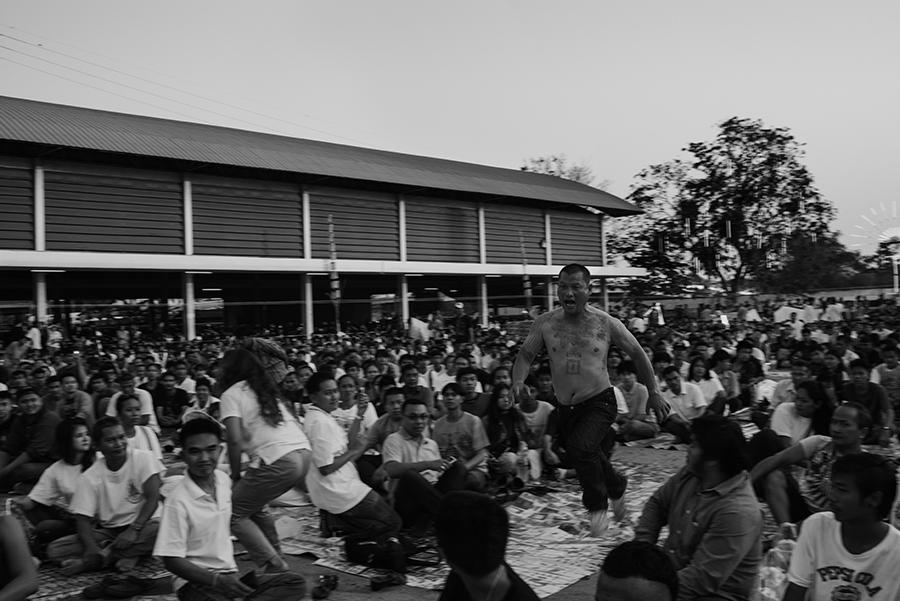 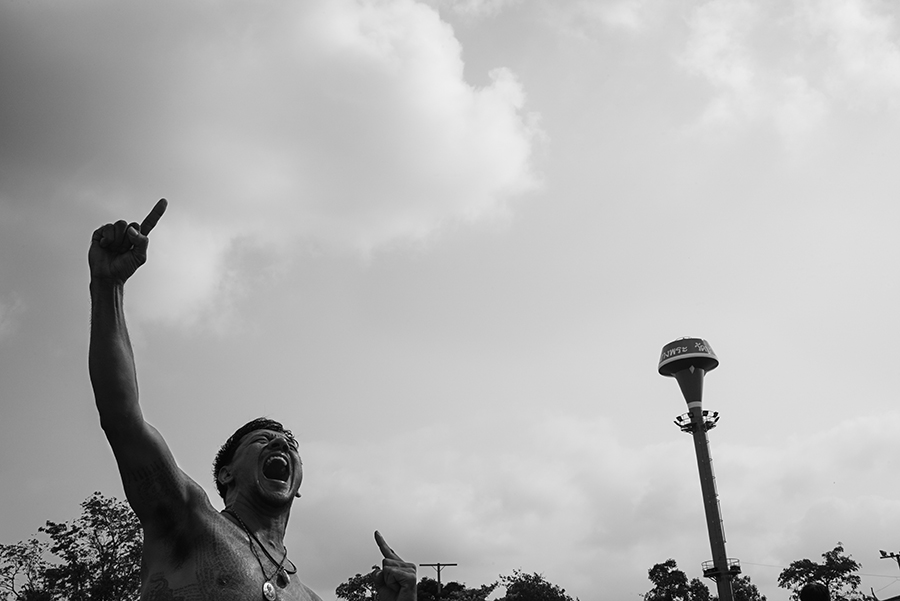 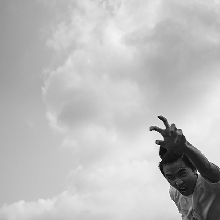 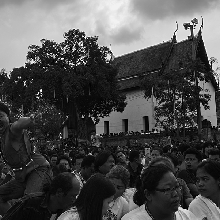 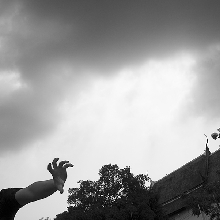 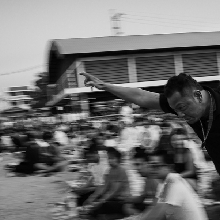 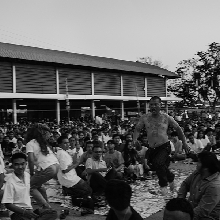 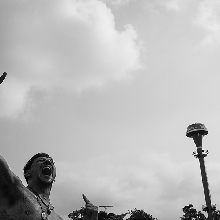 Tiger Men (Wai Kru Yak Sant)
Dawn breaks and the first rays of sun touch the complex of Buddhist temples at Wat Bang Phra, in Makon Pathon. The area is not too far from the Thai capital of Bangkok. Every year, thousands of followers of an ancient tradition gather in silence and in an organised way. The first glimmers of light wake the sleeping souls that have spent the night together on the esplanade. The patient vigil is coming to an end.
Little by little, the first soldiers of ‘Yak Sant’ (mystical tattoo or amulet) stretch their bodies and launch themselves at the stage occupied by a handful of tattoo masters. Patient monks charged with preserving a tradition which decorates the bodies of their dedicated followers with ink under the skin.
The ritual is repeated every year. At dawn, hundreds of men enter into trance, their naked torsos covered only by the spiritual writing which decorates their skin, an ancient tattooing tradition, of Cambodian origin, called ‘Khmer’. The liturgy now has a large number of followers in neighbouring Thailand. Each diagram is drawn with a sharp bamboo stick or long metallic point, the ‘Ajarn’. The tattoos are endorsed by a tradition going back hundreds of years and have their own lineage.
Their owners imitate the animal whose image they bear on their skin: tigers, crocodiles, monkeys and frogs, which for a few minutes take hold of a handful of men, secure in the belief that their war paint gives them an unbreakable authority. The tattoos have mystical powers and protect their bearers during battle. They also have occult properties and magical benefits. Today, many soldiers, policemen and firemen in Thailand practise this unusual cult.
During the ceremony, Buddhist songs and prayers can be heard. The leaps and dashes are repeated incessantly for several hours in front of the impassive gaze of the tattoo masters, unflappable on their stage and seated beneath a vast Buddha.
Thus, the ‘Wai Kru’ (the student’s homage to the master) reaches its finale, but first all the participants are splashed with blessed water. Until next year, protected by the magical ink.

My first contacts with the world of communication were in radio while I was studying at university. Soon after, I started to edit and present news bulletins. I liked radio very much, but one day I felt the need to try what really had motivated my choice of profession. I decided to travel. I bought my first camera and flew to the Afghanistan of the Taliban. The fundamentalists had just taken power and imposed sharia law in the country. In 1997 it was an enigmatic place. That experience marked my life for ever.
At first I combined visits with work in the media: agencies, radio channels, national and international newspapers and magazines. Finally, in 2004-05 I abandoned almost totally my relationship with the mass media.
Since then I have focused my efforts on tackling personal projects, with the only reference being the human beings that I know. Their difficult environments are really only backgrounds to their lives, which is really what matters.
For two decades I worked in places such as Afghanistan, Iran, Iraq, Israel, Palestine, Senegal, Morocco, Turkey, Kurdistan, India, Kashmir, Vietnam, Thailand, Cuba, Haiti, Peru, Tunisia, Libya, Bosnia, Macedonia, Albania, Kosovo, Serbia…etc.
I try to show all those experiences in projects geared towards the publication of books and the staging of exhibitions. In spite of the time that has passed, returning to work in the mass media is always an option, when the right opportunity presents itself. I never forget all I have learned in its newsrooms nor the colleagues I have known.
I do not want to let slip the opportunity to thank you for your interest in me and my work, through my personal website.