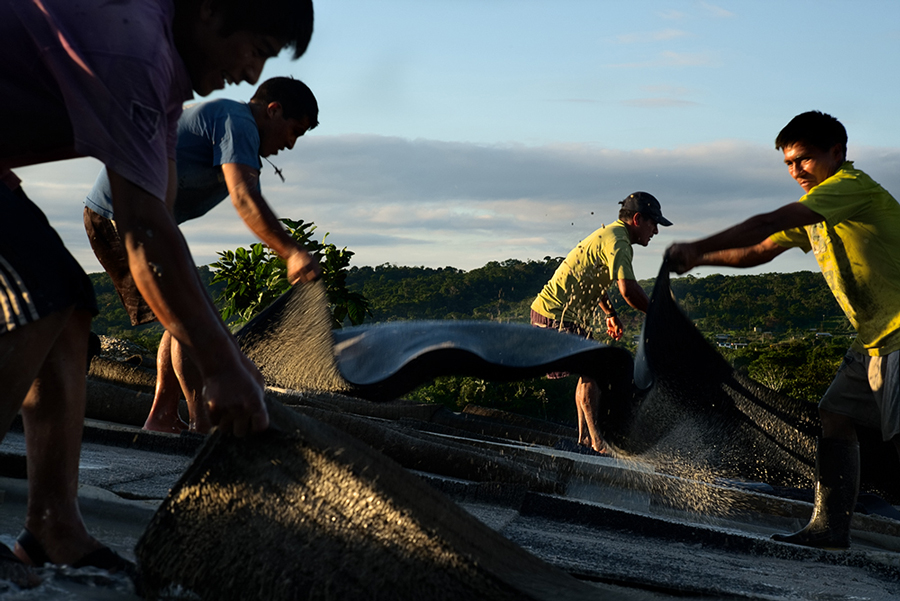 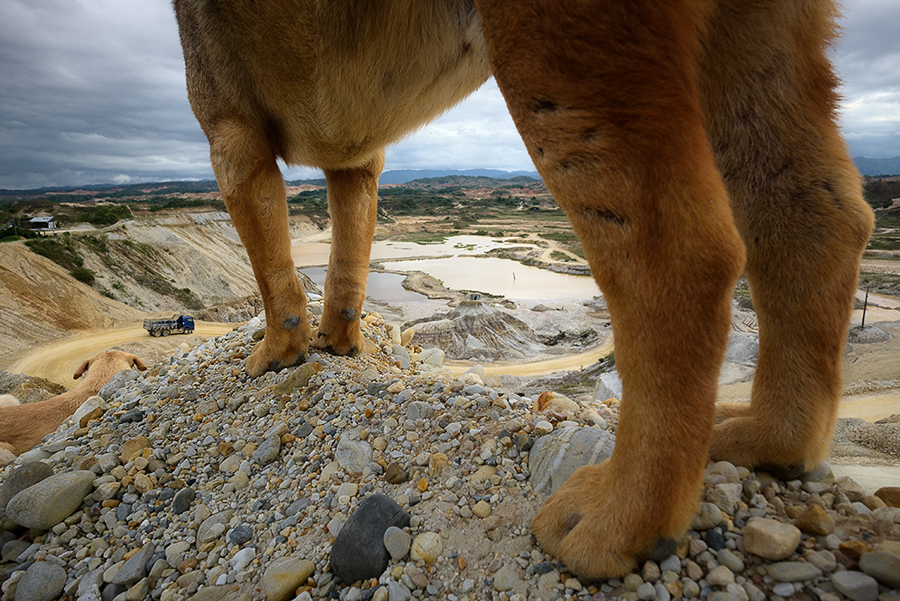 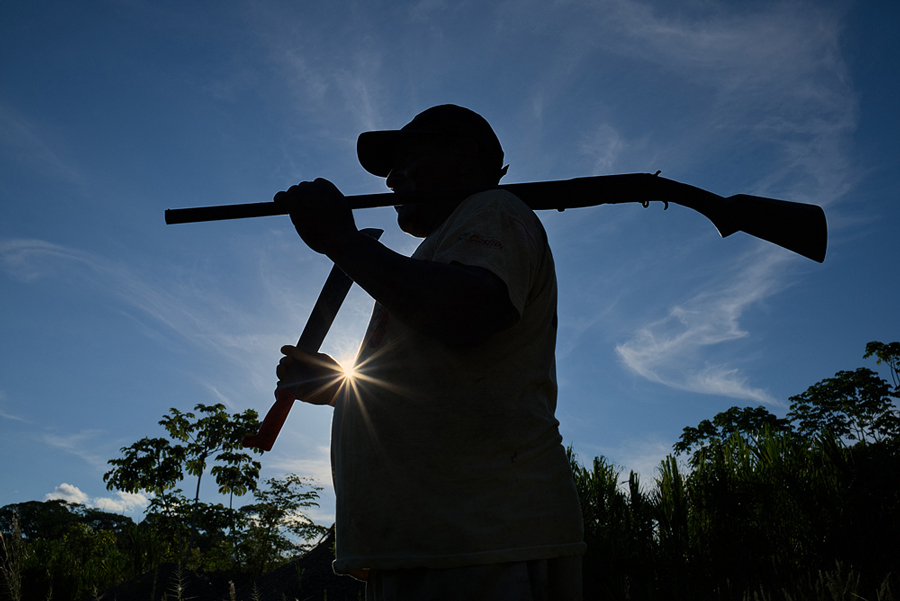 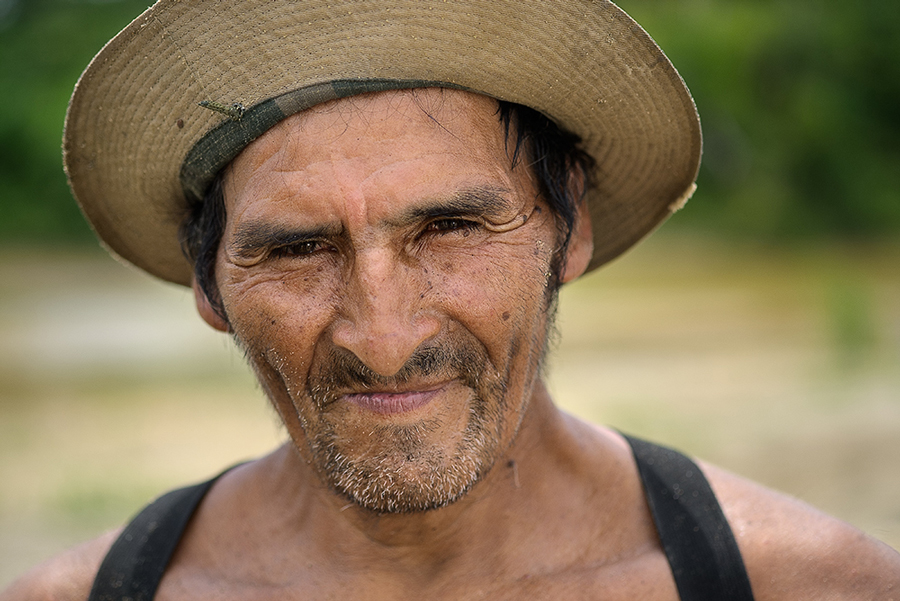 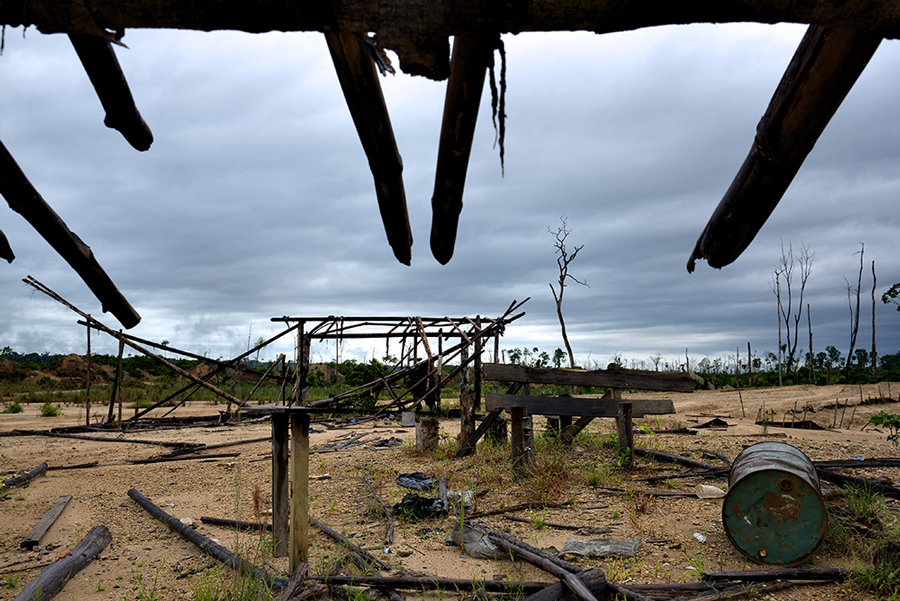 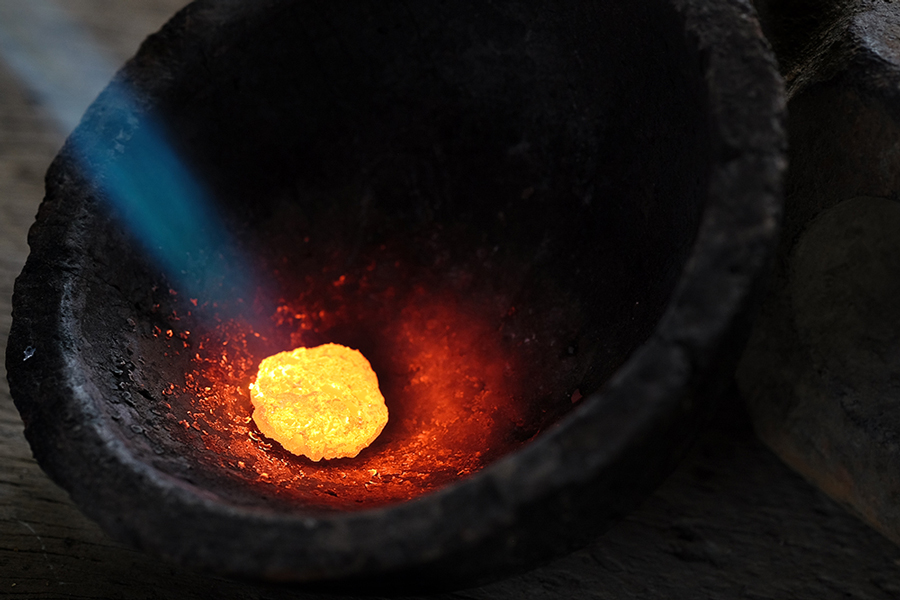 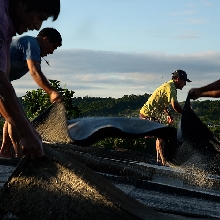 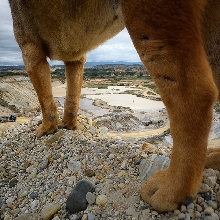 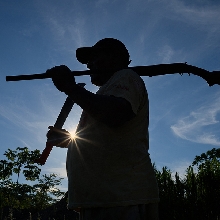 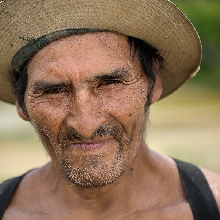 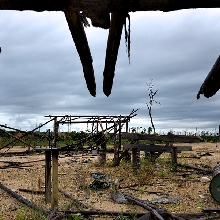 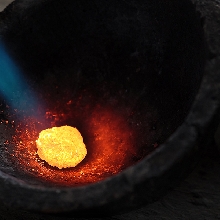 «Quickgold» is a project about the origin of gold as a universal symbol of wealth and its connection to human labor, human condition and human identity. Although it is based on observation of illegal gold mining in Madre de Dios region in Peru, this experience can be applied universally. The word “quickgold” is a derivative from “quicksilver”, used in the gold processing.
The gold which we all know in shape of high-tech and costly objects comes from ordinarily looking soil and gets its shine virtually shaking off the mud – all with the help of bare hands. Much of the gold mining and processing is illegal, which is widely criticized due to environmental hazards and ethical questions.
Behind the scene of the gold production process we trace the lives of miners, their stories and beliefs, trying to stay away from condemnation or justification and suggesting that behind the gold production process there is a human life, worthwhile to observe and understand.


Peruvians call their country pais minero, “the mining country.” Gold mining and processing are the foundation of life in the Madre de Dios river valley. On varying scales, with the help of water the soil is separated into stones and gold-containing sand known as arenilla. To extract the gold, quicksilver (mercury) is mixed into the arenilla, binding the gold particles together. Then this mercury-gold ball is heated in a retort and the quicksilver evaporates, leaving pure gold. Up to 20 tons of gold are produced in Madre de Dios annually by 60,000 miners scattered around more than 85,000 square kilometers. Currently, no miners can legalize their activities in Madre de Dios because of contradictory laws. Fifteen percent of the gold mining in Peru is illegal, generating twice as much profit as drug-dealing.

Andrey's focus is on documentaries, daily life and street photography. During recent years his main interest is in telling visual stories. His exhibited series include ”The Other Side of China,” “Calligraphy,” “Tutaev,” “Couples, Paris,” “Guizhou & Gansu,” “A Day in Dwarka,” “Lord Shiva’s Necklace”, "La Habana - Portraits on the Road", "Crossings" and others. He was the first Russian photographer to hold an individual exhibition with Leica in Russia (“14 Pieces of India”) and holds four nominations in the Silver Camera photography competition in Moscow. He has given lectures and seminars on photography for MAMM (Multimedia Art Museum Moscow), MGU (Moscow State University), RGGU (Russian State University for Humanities), Fujifilm Russia, Leica Akademie Russland, Canon, Panasonic, Kodak-Prolab, Academy of Classic Photography, School of Visual Arts and others. His book “Crossings” (2014) received international awards in the IPA, MIFA and One Eyeland photography competitions in the categories “Book, People” and “Book, Documentary.” Personal website: www.gordasevich.ru