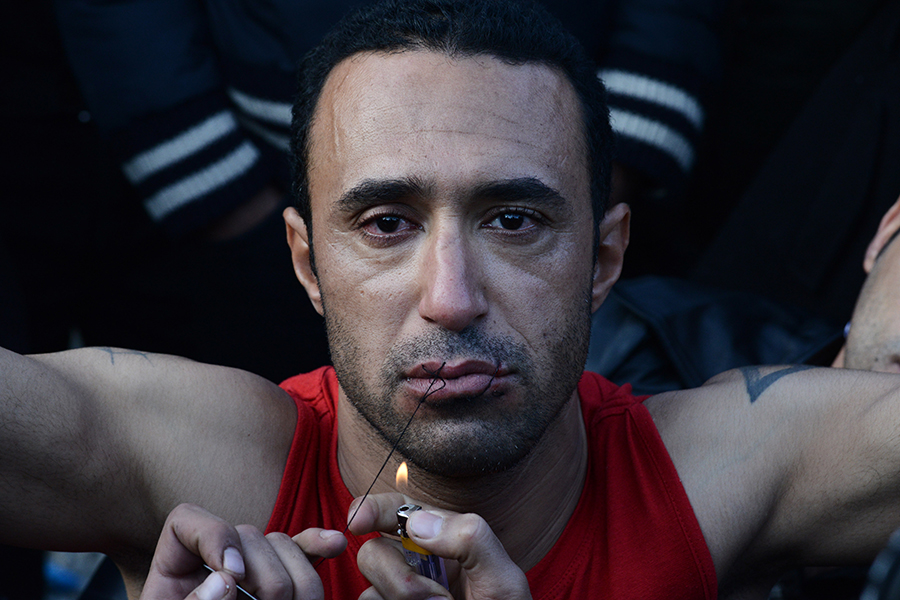 An Iranian migrant has his mouth sewn shut as he starts a hunger strike, during a protest near the village of Idomeni at the Greek-Macedonian border, on Thursday, Nov. 26, 2015. After Macedonia and other Balkan countries toughened criteria for migrants and asylum seekers hoping to travel across the region to northern Europe, thousands of migrants stranded at the Greek Macedonian border were protesting for days. Several of the Iranian migrants started a hunger strike. After 22 days of demonstrations, clashes with the police and total chaos, the situation ended with a police operation, when more than 200 riot police officers cleaned the area and moved the stranded migrants to Athens.

Giannis Papanikos is a Greek freelance photojournalist based in the city of Thessaloniki in northern Greece. In 2011 he started photography lessons at the school of Stereosis in Thessaloniki. He started working as a freelance photojournalist in 2013. In 2014 he became a staff photographer at the Greek photo agency Fos Photos. Since the end of 2014 he is a full time stringer of Associated Press. He has worked on assignments in Kosovo, at the Turkish-Syrian border and in northern Greece. His worked has been published worldwide such as in The New York Times, The Guardian, Wall Street Journal, Washington Post, Le Monde and many others.