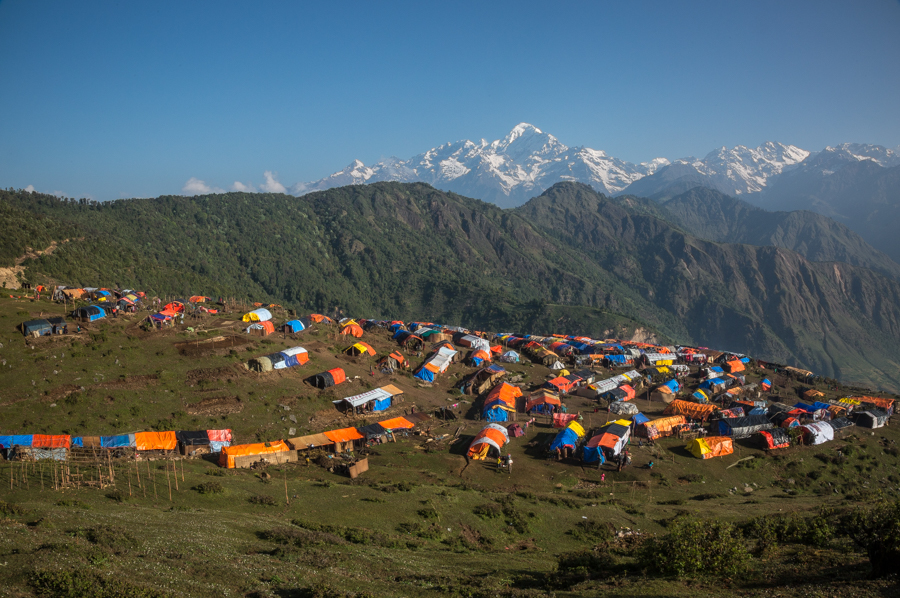 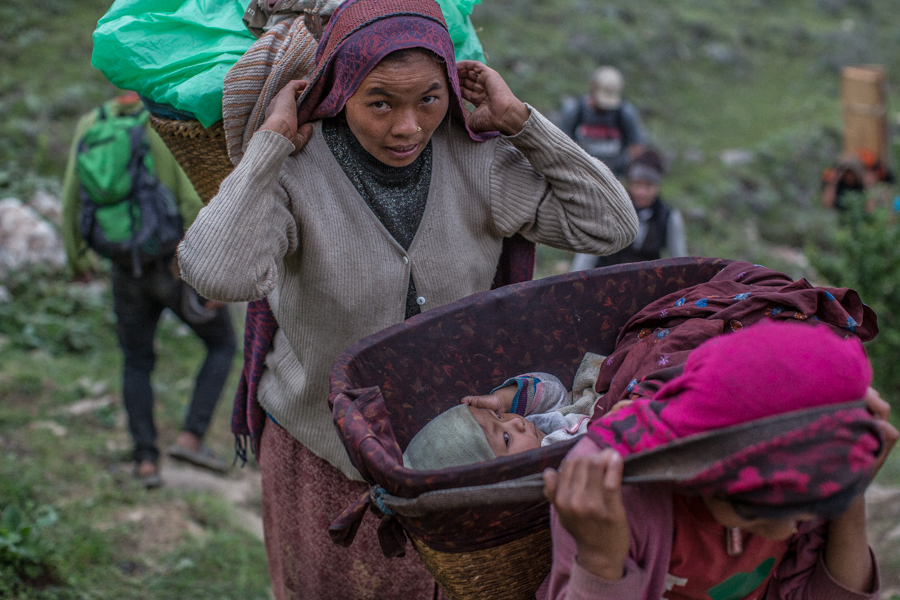 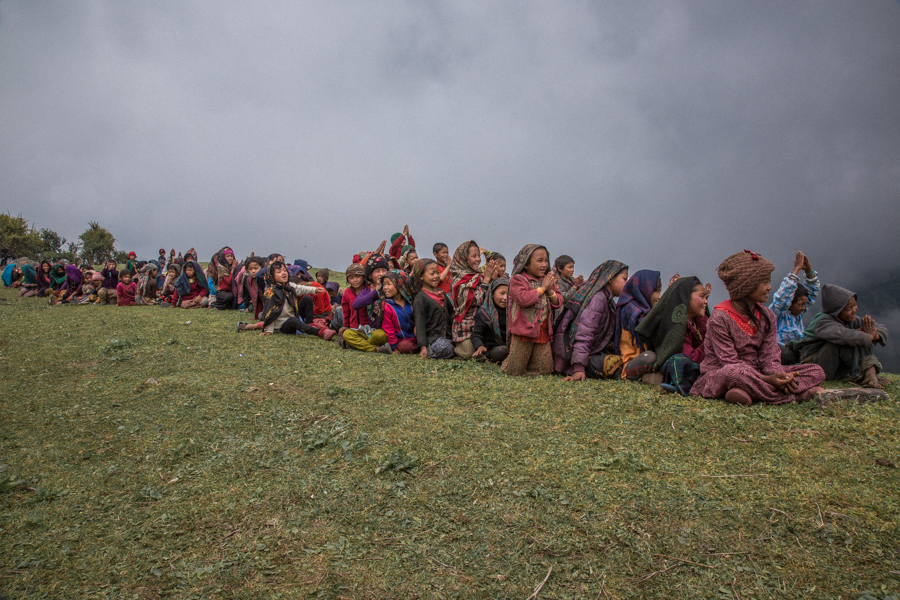 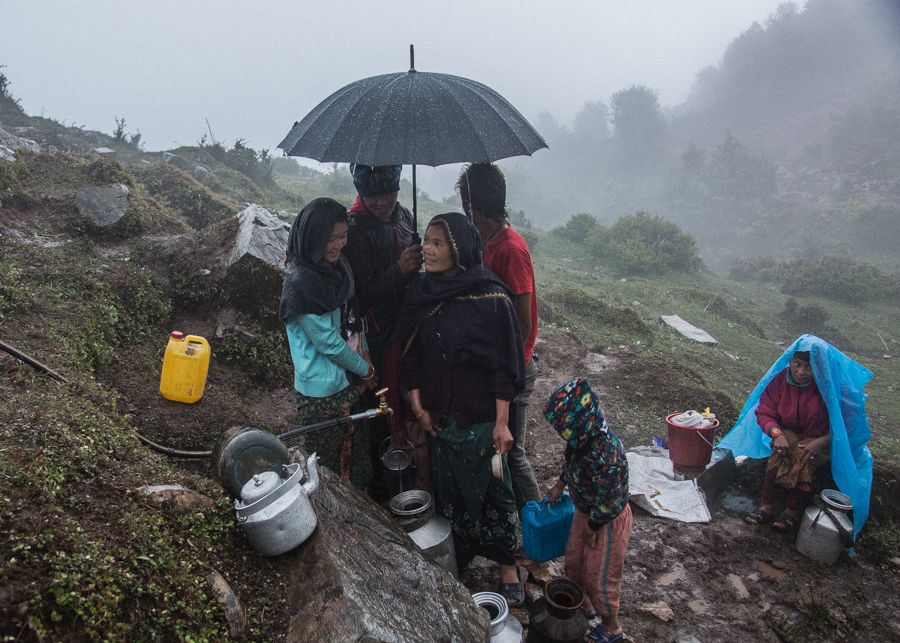 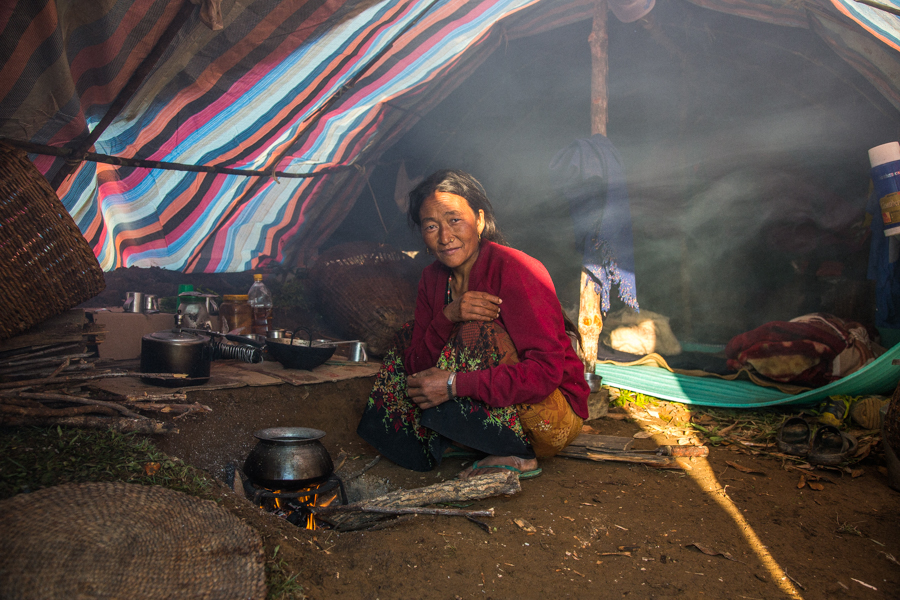 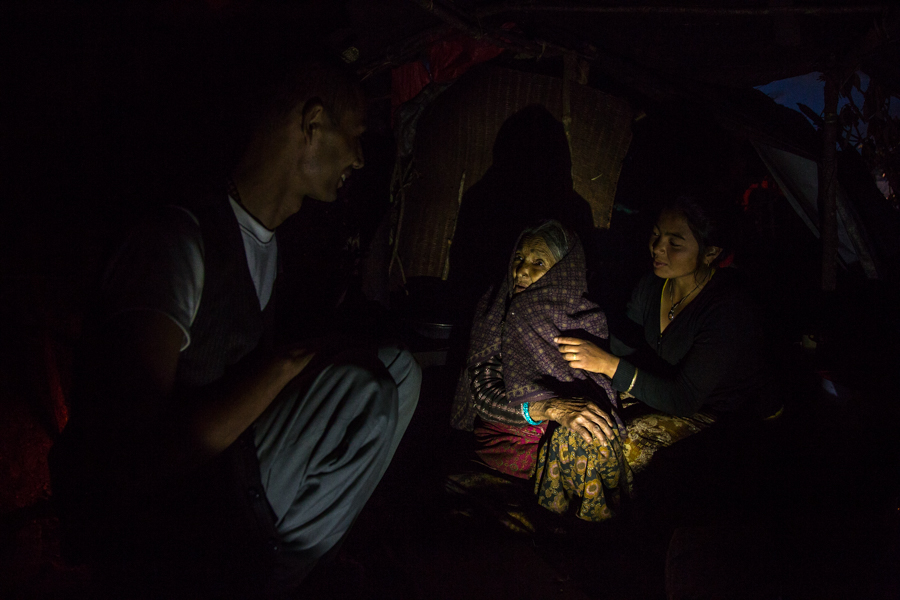 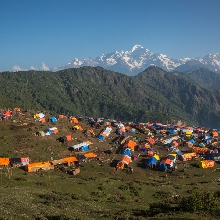 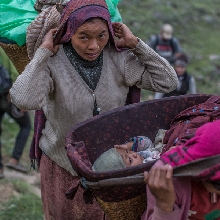 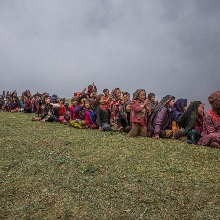 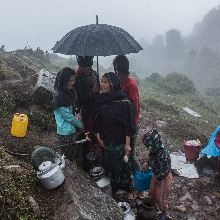 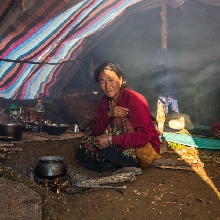 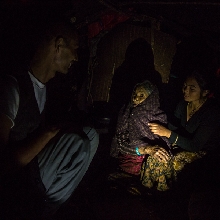 On Saturday April 25, a 7.8 earthquake shook Nepal, causing over 3,000 deaths and countless injuries.
Laprak, a town with a population of 4,000 located in the Manaslu Valley, was destroyed and the population forced to move
2,000 feet above its original location. The inhabitants of this town now live in tents made
of bamboo covered with tarpaulin, 8,200 feet above sea level.
Most of the roads were destroyed by the earthquake and the only way to deliver food and supplies was by walking. They managed to bring the assistance to remote areas that were difficult to reach even
by helicopter. People from Laprak used to work as porters for tourist and they knew very well all the alternative routes. Beside of all the difficulties in a few weeks they were able to crate a new village for their children. They called it New Laprak.

Maite is a Spanish Photographer born in Pamplona (north of Spain) and based in
New York.
In 2010 she graduated in Documentary Photography and Photojournalism
at The International Center of Photography in New York.
She was awarded with the "John & Ana Maria Phillips Foundation Scholarship for
Photojournalist.
Her personal work has been focus in Social issues an Human Rights.
In 2002 she graduated at Fine Arts at Bilbao University (Spain).
Maite is currently working as a freelance photographer.
Her work has been featured on the New York Times, The Wall Street
Journal, El Mundo, CNN news, Telemundo.