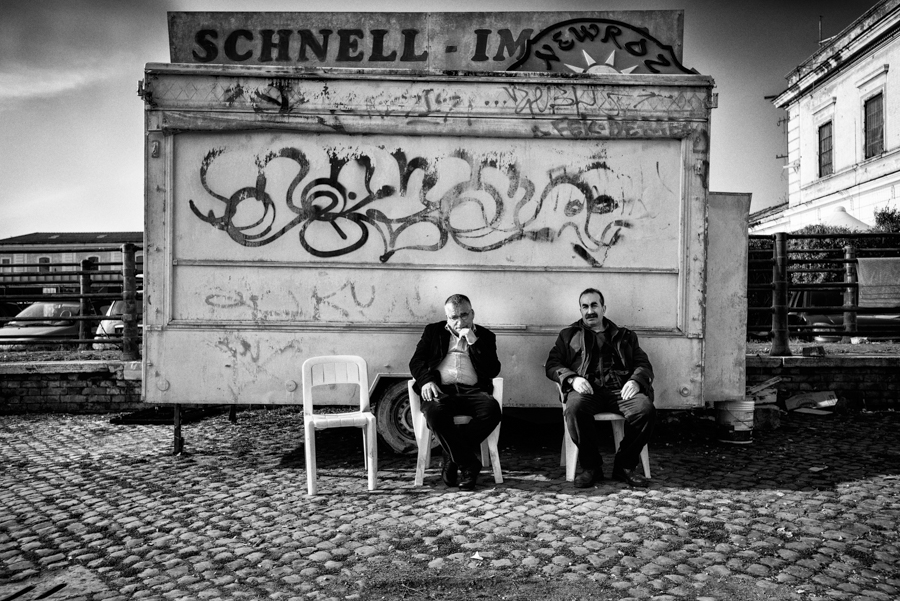 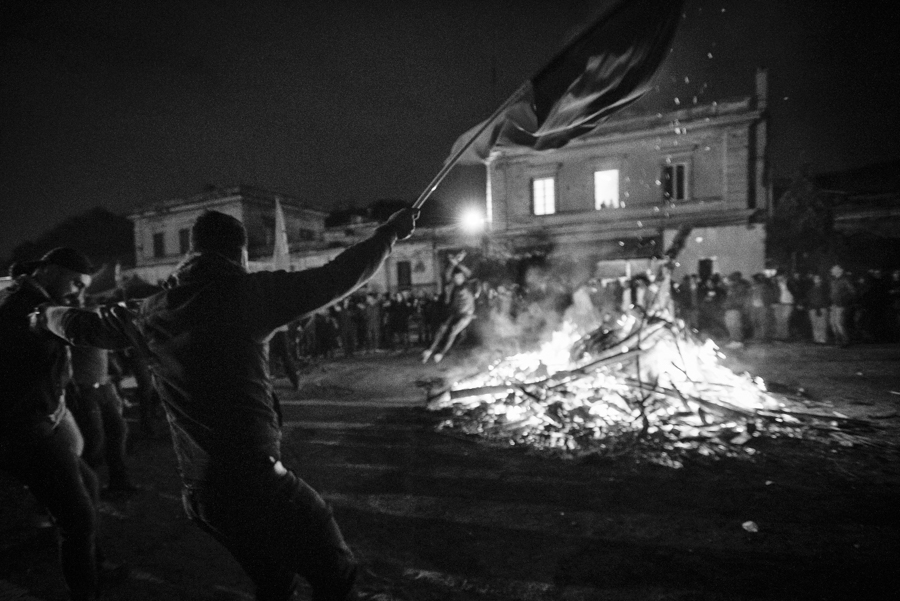 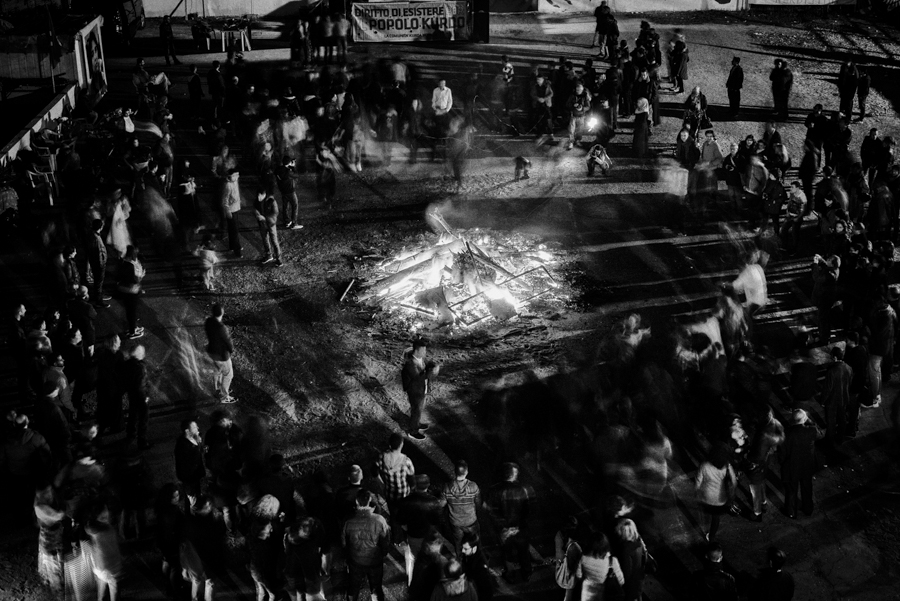 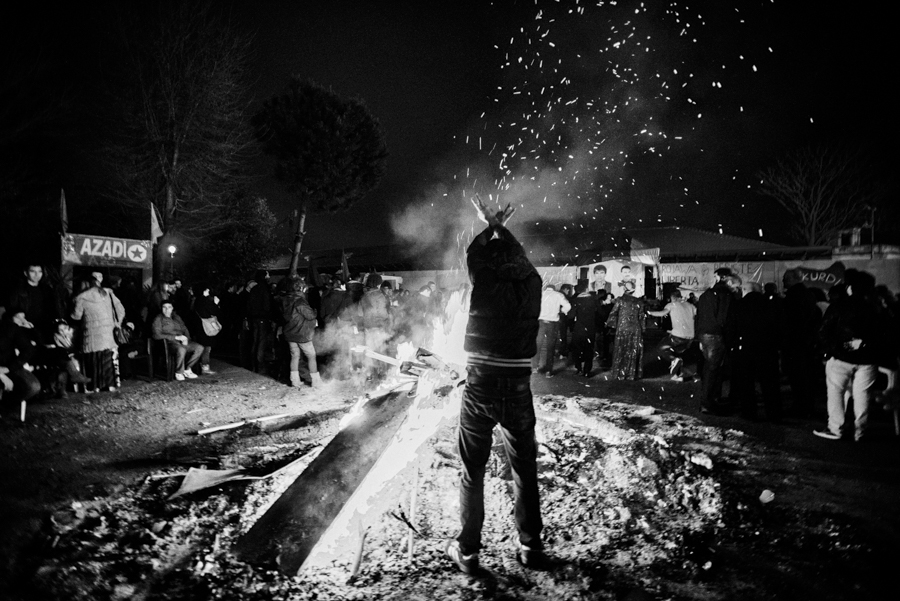 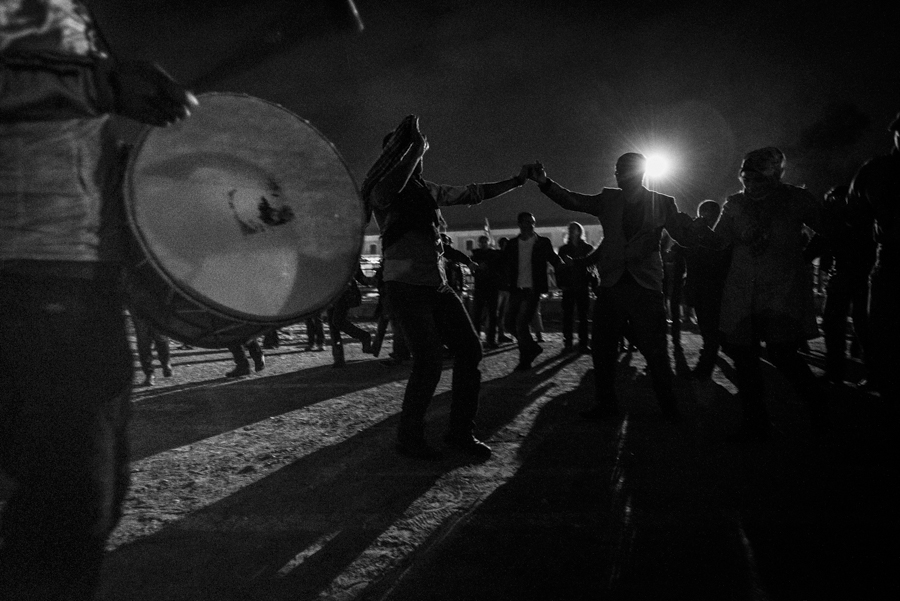 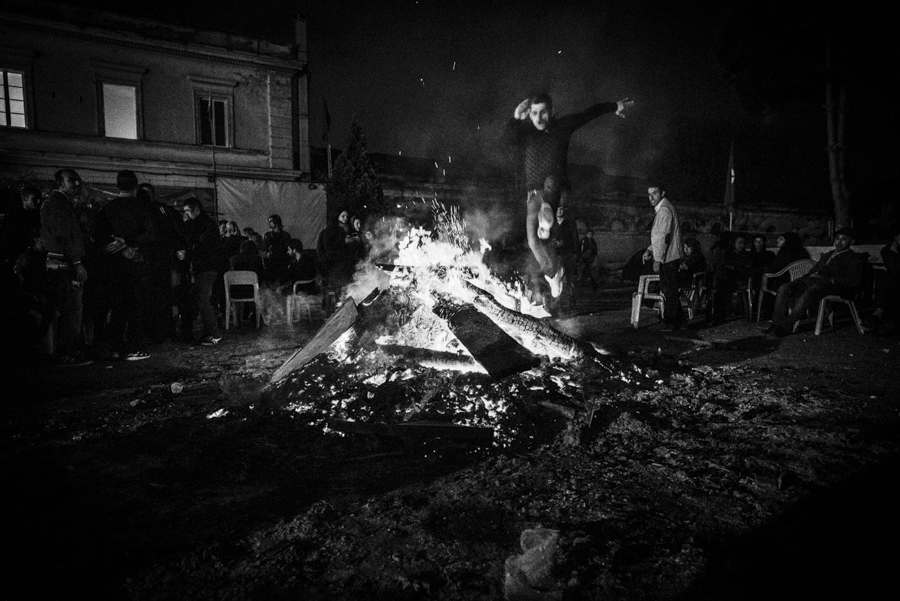 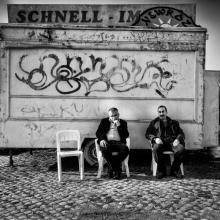 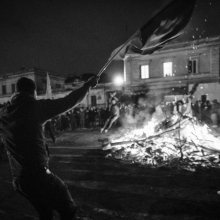 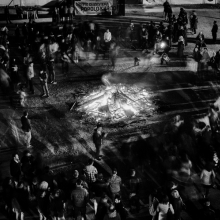 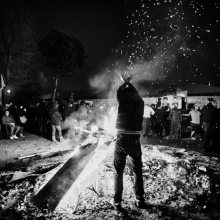 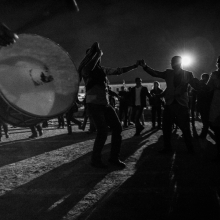 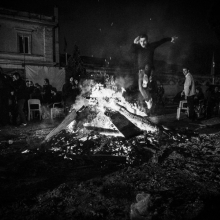 Spread out in four different countries, despite their unique and strong identity, culture, language variety and ancient history, Kurdish people are denied minorities’ fundamental rights. Most of the Kurds I met in Rome, were transferred from one prison to another, and often tortured even for petty crimes, which shows the level of repression they're subject to. Those who didn't suffer imprisonment themselves, had relatives who had. In Turkey, they're not allowed to speak their own language, listen to traditional music or celebrate their traditional festivities. Within these limitations, simple words or any daily practice, become resistance, taking up a significantly political meaning.
On the first day of Spring, Kurds celebrate the Newroz, their New Year’s day.
Every year, dozens of Kurds arrive in Rome. The Ararat Centre in the borough of Testaccio, formerly a slaughterhouse, became their pivotal meeting point..
The festival is very important for Kurdish identity, still neglected by many countries among which Kurdistan has historically been divided.
Newroz means both “new day” and “son of the sun”, and its celebration dates back to 21st March 612 B.C, when Kawa, along with people’s solidarity defeated the Assyrian tyrant Dehak, setting the Kurds free from the oppression and proclaiming freedom throughout the land. His defeat represented the success of modern rationality and civilized prosperity above cruelty, abuse, injustice and enslavement. Newroz is then a genuine celebration of freedom and peace.
This year, the Newroz fire burn brighter than ever, as it comes after the historic victory of Kobane, set free by the courageous men and women that fought for freedom. As in the ancient time of Kawa, Newroz represents light over darkness, freedom over oppression, peace over war. It is a festival of all the Kurdish population and their legitimate aspirations for freedom.