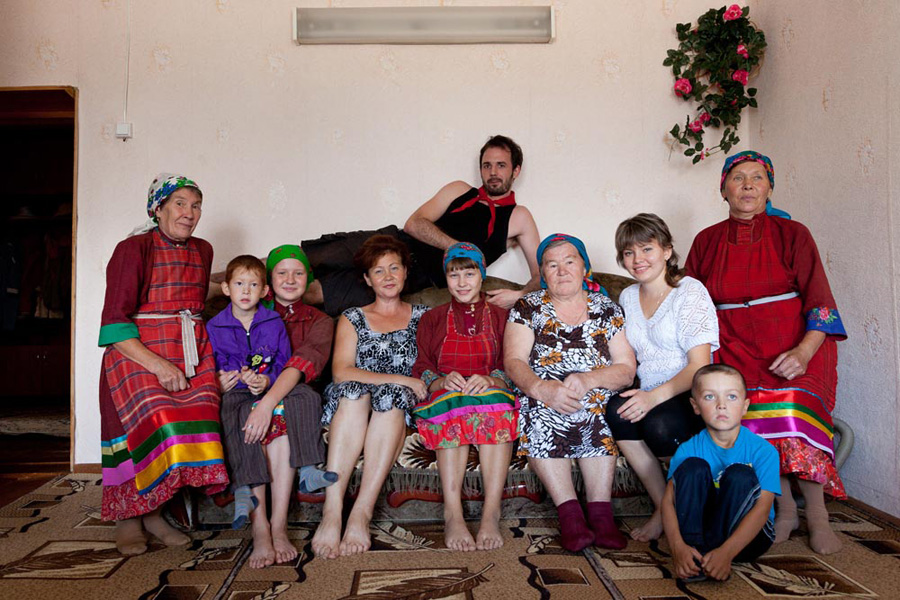 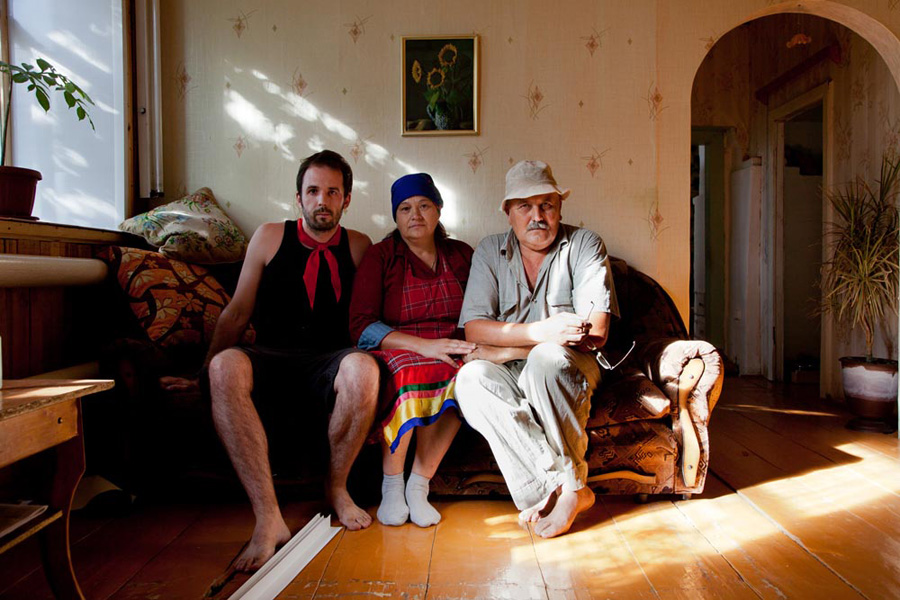 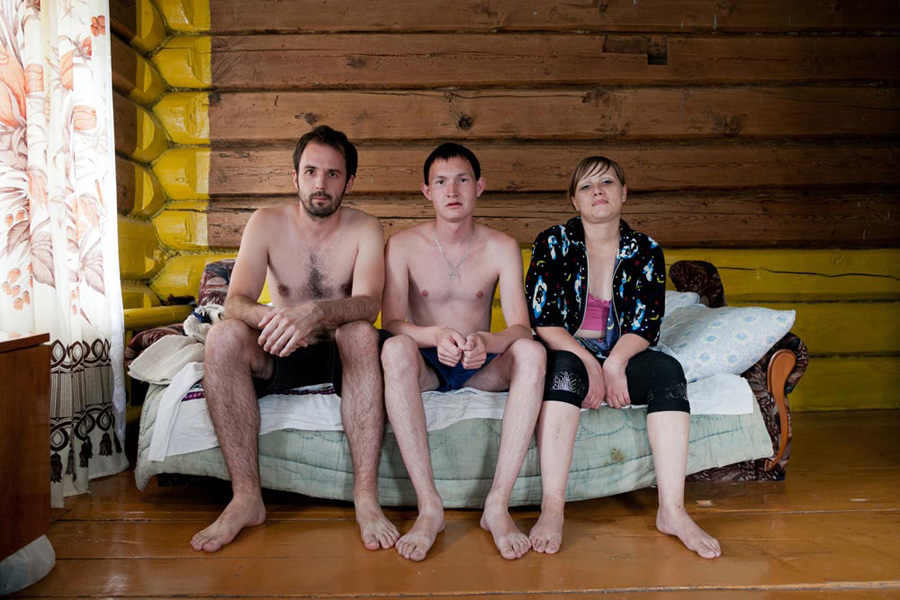 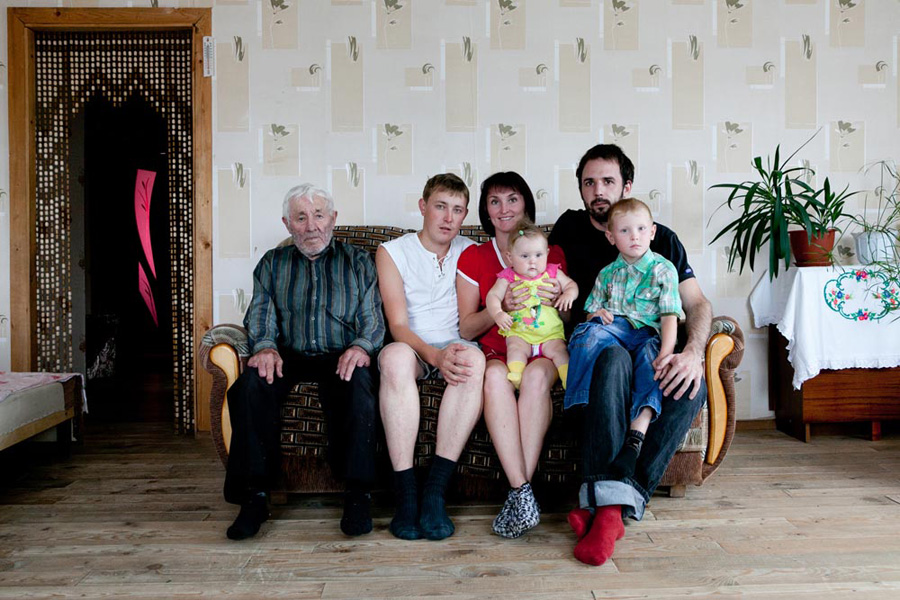 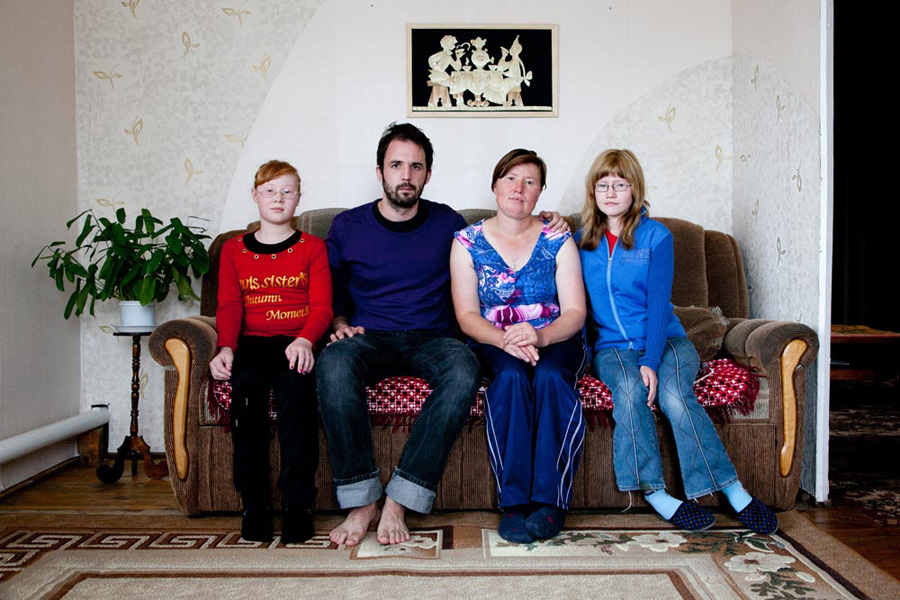 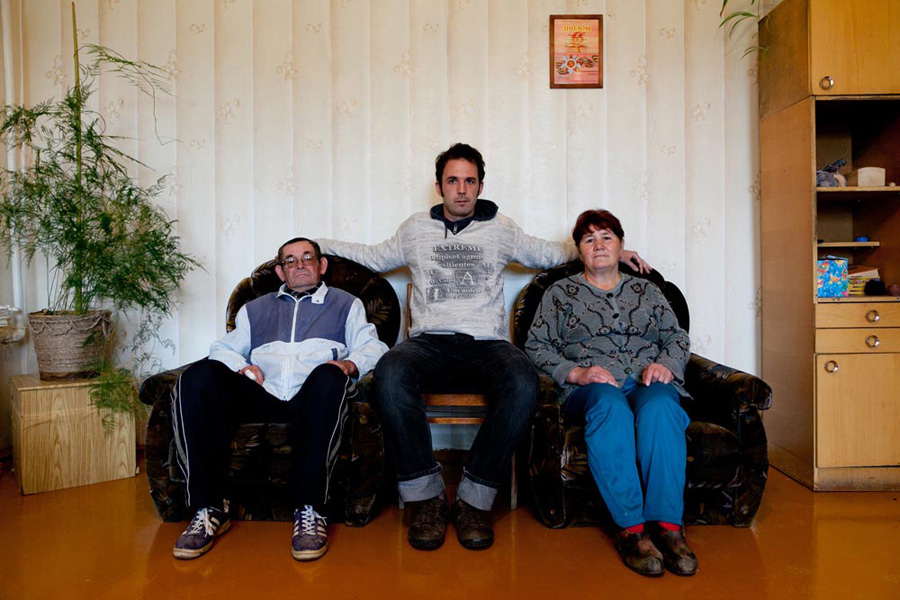 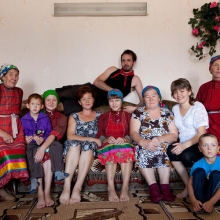 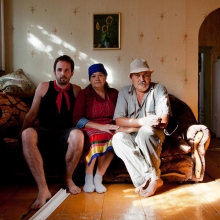 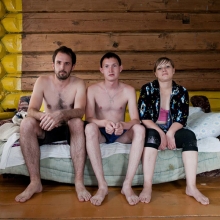 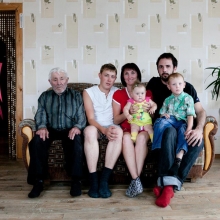 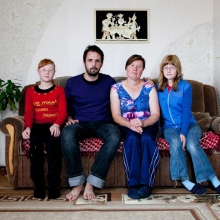 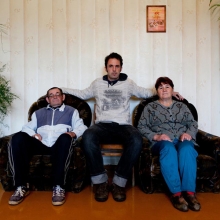 “These family portraits of ethnic Udmurts were taken in the Udmurt Republic of western Russia by Hungarian photographer Daniel Halasz. Sharp-eyed observers may notice that there is a recurring family member in all the photographs. In fact this is Halasz himself, sometimes with a child on his knee, looming over two elderly relatives or simply sporting a spiffy red neckerchief.

The starting point of Halasz’s project was the right-wing idea, widespread in his home country, that Hungarians originally came from the Ural region and spread from there to become the greatest and most feared warriors in Europe. Looking to create an ironic reflection on this idea, Halasz tried to find his supposed relatives among ordinary Udmurt families of the region. “Udmurts and Hungarians belong to the same family of Finno-Ugric people,” says Halasz. “Like the prodigal son in the Bible, I returned to the ancient land.” Depending on the setting, Halasz becomes a father, brother, uncle or son, temporarily older or younger. A wry take on questions of nationality and ideology becomes also an enquiry into the dynamics of family and the traditions of portraiture.”

Daniel Halasz is a Hungarian photographer and videographer who has traveled extensively around the world and is the recipient of numerous grand prizes, such as the Google Saatchi Photography Prize and the Epson Art Photo Award. With a conceptual approach, he tries to reimagine a wide scale of subjects in a multi-layered way and often tells a story about the effects of global and local cultural, sociological and political interaction.