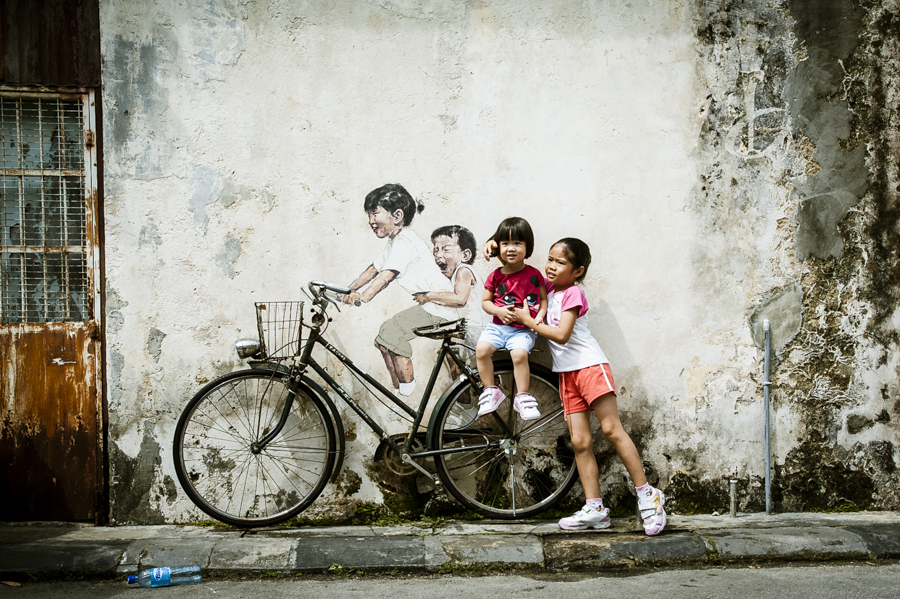 Ernest Zacharevic has painted some beautiful murals in George Town, the state capital of Penang in Malaysia.The Lithuanian street artist visited Penang in 2012 and has been back and forth to paint more than a dozen murals as part of the Mirrors George Town project. Matt from BA Street Art was in Penang and discovered how George Town is now on the map as much for its street art as for its colonial architecture and being a World Heritage Site.
Ernest's murals adorn the narrow streets and alleyways of George Town and the artworks have even become part of an urban art trail with tourists having a great time exploring the city and photographing his interventions that have been made with bicycles, motorbikes, chairs
and furniture.