Lucas Dragone (Belgium)
The dark side is never fare... 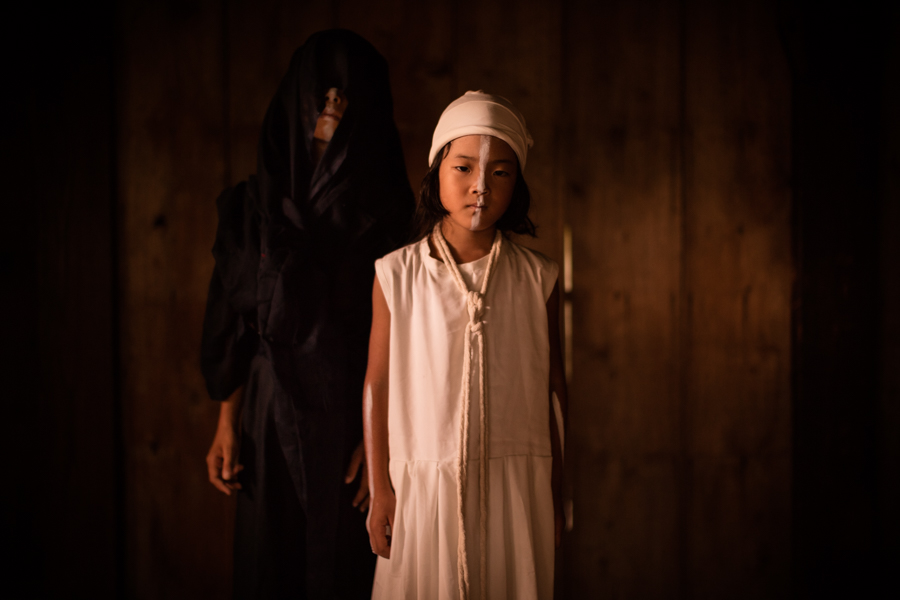 One of the 3 Kids of Mushimaru. Mushimaru is a great Butoh Master living out of time on a small island in south of Japan ( Yakushima ) He is an amazing, talented human being. The kids are following his path.
Photos is part of a work name: "Theatrical Anthropology" inspire by the great masters Eugenio Barba, Nicola Savarese, Ariane Mnouchkine and the others who past away like Grotowski, Artaud. I have initiated a project of documenting and capturing various forms of theaters from Asia and around the World. I am hoping to very modestly contribute to the documentation of theatre forms, to try and depict the transmission of this cultural patrimony to the next generations by witnessing and photographing the work of Masters, the craftsmanship of the Creators, enter the world of Actors, Artists and Director from preparation to the performance.
Through theater we can understand the « others » better, its about sharing even in its most basically and instinctive way, theater is about sharing at least the space on stage… All those practices demand a lot of rules and disciplines and in Asia it take a life time to achieve a good level to performer on stage. In Asia theater take part in every day life. There is something of a ceremonial quality of religious rite… Today everything go fast, today not a lot of people come to see those ancestor of theater. Theater is not only for the beauty of it but to try to understand a little of humanity.