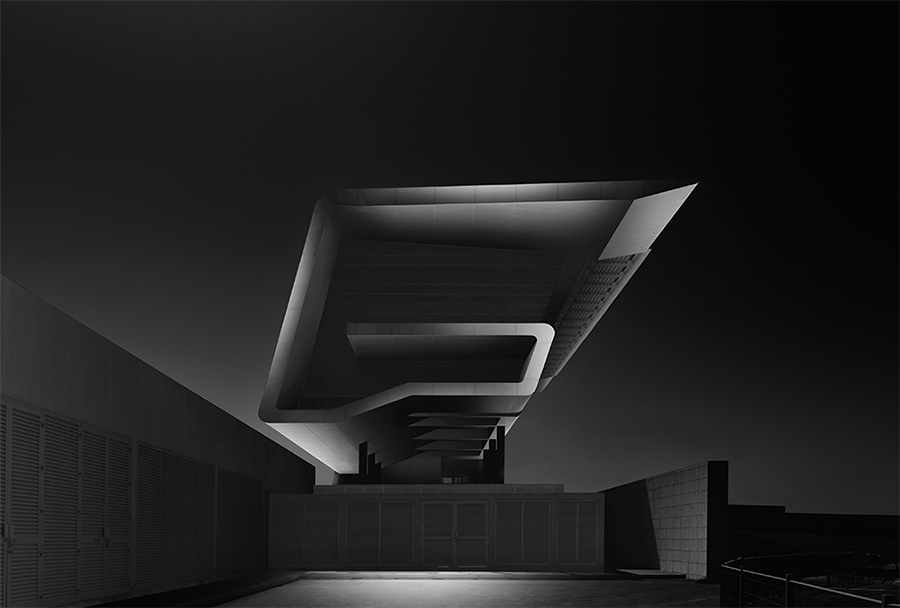 Featured here is the profile view of the Grand Stand at Dubai Autodrome. Through light and shadows I wanted to bring out the main element of the building. In a superhero world the building could work as the HQ of G-man.

An award winning photographer and architect based in Dubai, UAE. Recently he was awarded at the FAPA, IPA and PX3 international photography competitions.

Over the past few years Anique has developed the eye for detail which has greatly helped him in executing many projects for several clients around the United Arab Emirates.

His image "Rolling In", a shot of fog covering Dubai Marina, has been selected and published in the first edition of "Muy Visual Interesante", a magazine in Spain that has been launched to publish spectacular images from across the world.

He has also been featured in several magazines, newspapers and websites in UAE for his Architectural Photography work around the UAE.