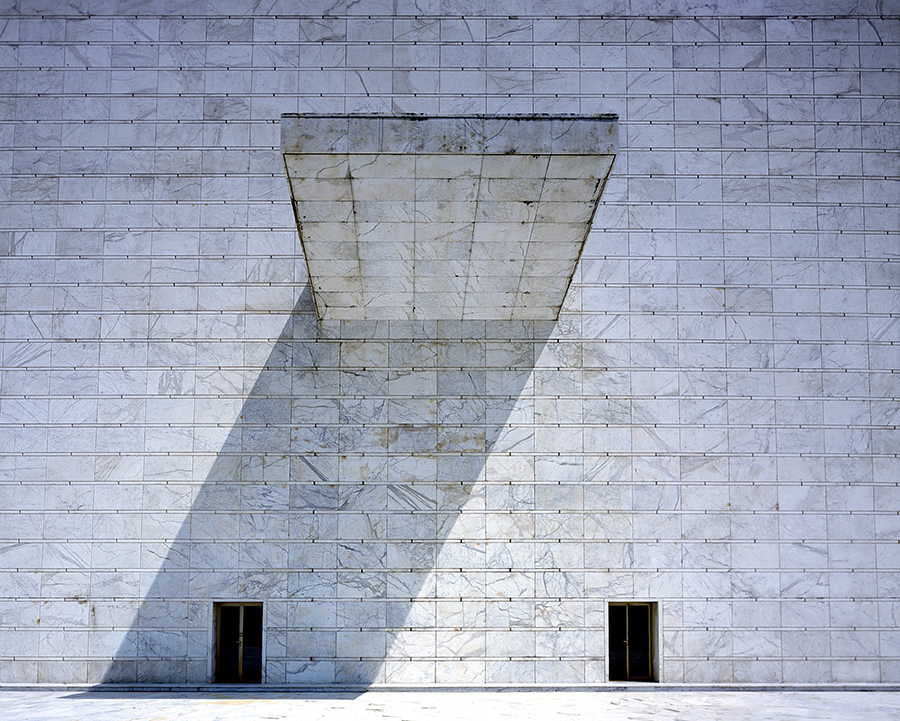 I took this photo in my hometown, Rome. It was taken with an old view camera (4x5 film) and manually developed, after it has been scanned and slightly post produced, to clean off a few dust spots. I took care of the entire process and working on film, it took me quite many tries to have the perfect shadow and exposure; I had to go back to the location several times to and always hope it was sunny enough, once I spent the whole day in front of that wall, just to check at which time of the day the shadow was looking more geometrical, eventually it was at 2pm. "

Martina Biccheri was born in Rome in 1987, she graduates in Photography & Communication and has her work published by international leading newspapers, like: BBC, CNN, Huffintgton Post, Bild, Moleskine, Daily Mail, Focus and many others.


In 2013 Moleskine launches a new and limited edition book series with her photograph as cover photo.