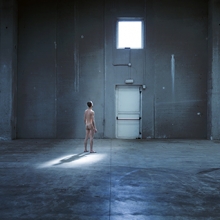 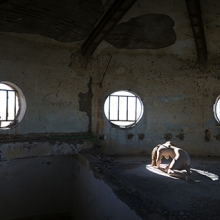 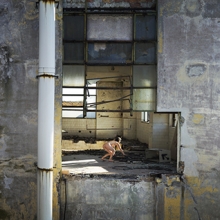 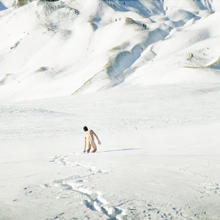 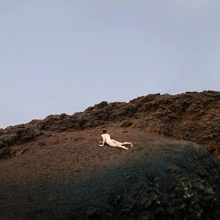 This project was born from a research lasted nearly 4 years (2011-2015)During the last years, I approached to psycotherapy and I developed a passion for the studies of psychoanalyst Carl Gustav Jung.He thought that everyone carries a shadow (the dark side of our personality we tend to avoid), and the less it is embodied in the individual’s conscious life, the blacker and denser it is and it will be.
I connected the human body to the outside, using abandoned places or surreal landscape as a stage for this shadow to show itself.
Some are places initially used by men and then later become extraneous and unknown, other places are hostile to the presence of man.
The intent of this project is to express the strenght of our weaknesses and to express the battle that each of us faces to overcome them and to feel complete as a human being.

I was born in 1989 in Castel di Sangro, a small town in Abruzzo, in Italy.
At age of 21 I took a degree in photography at the European Institute of Design (IED).
In 2015 I attended a masterclass in photography with spanish photographer Alvaro Deprit and photoeditor Annalisa D'Angelo.