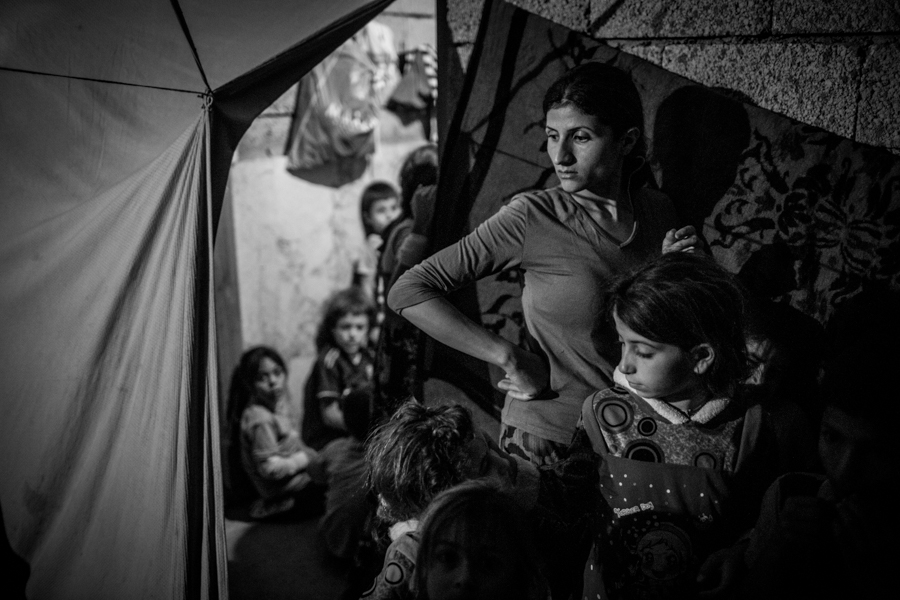 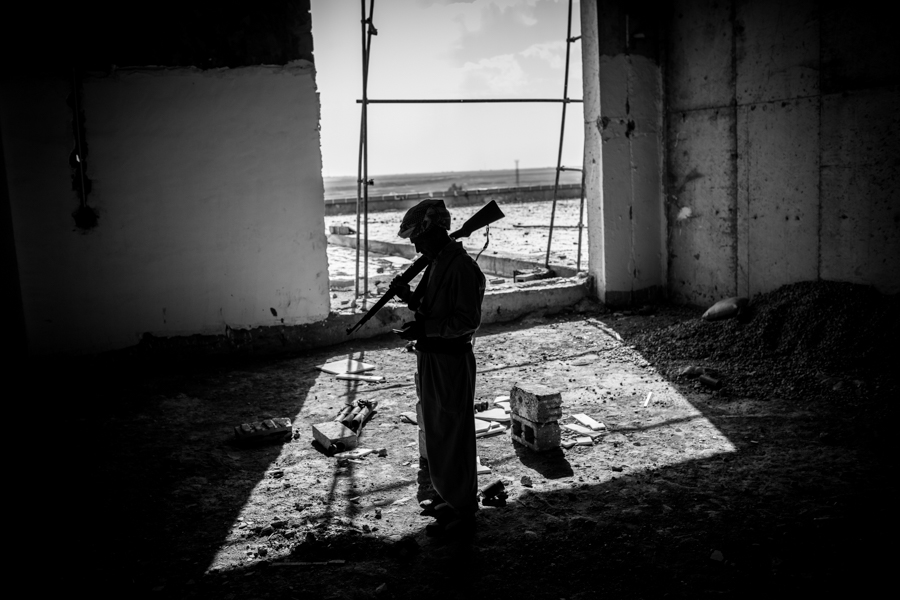 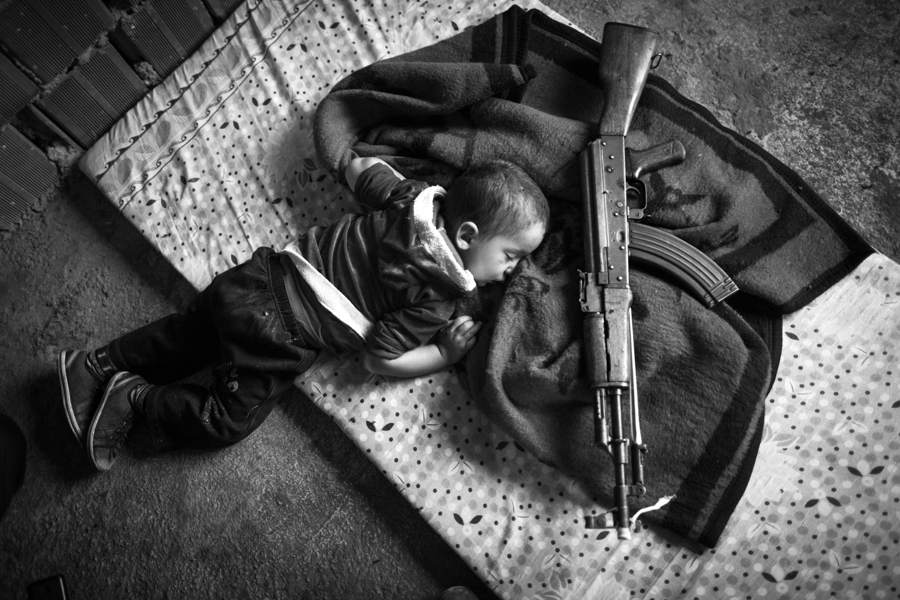 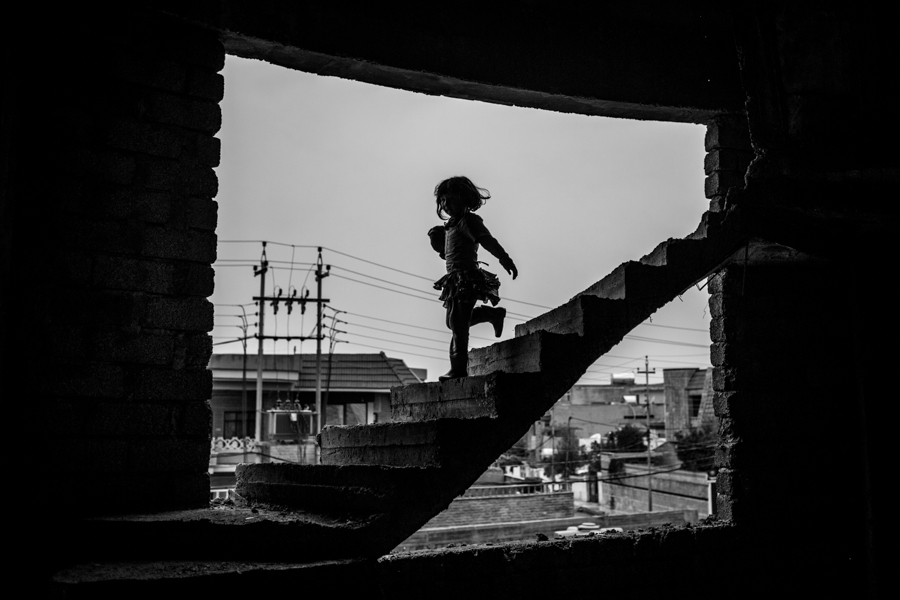 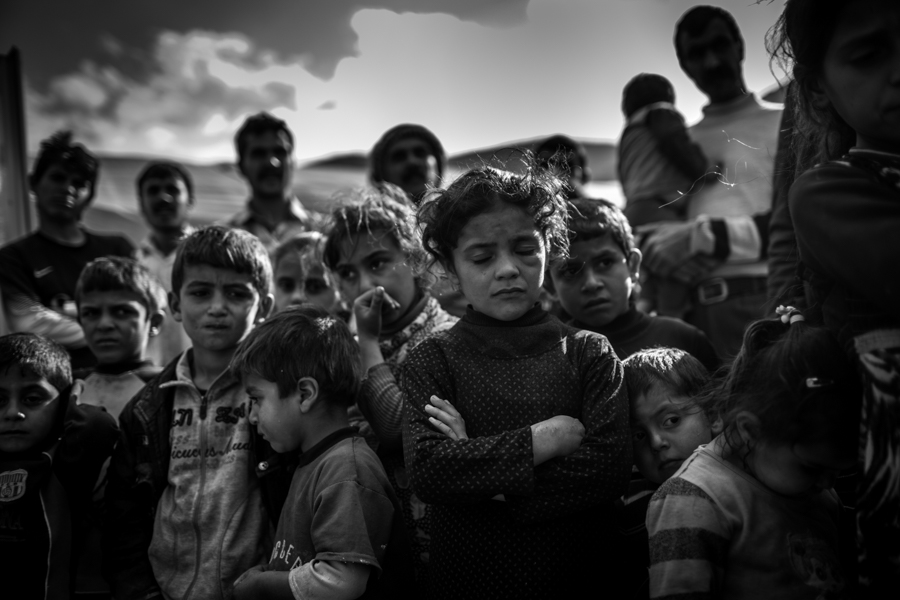 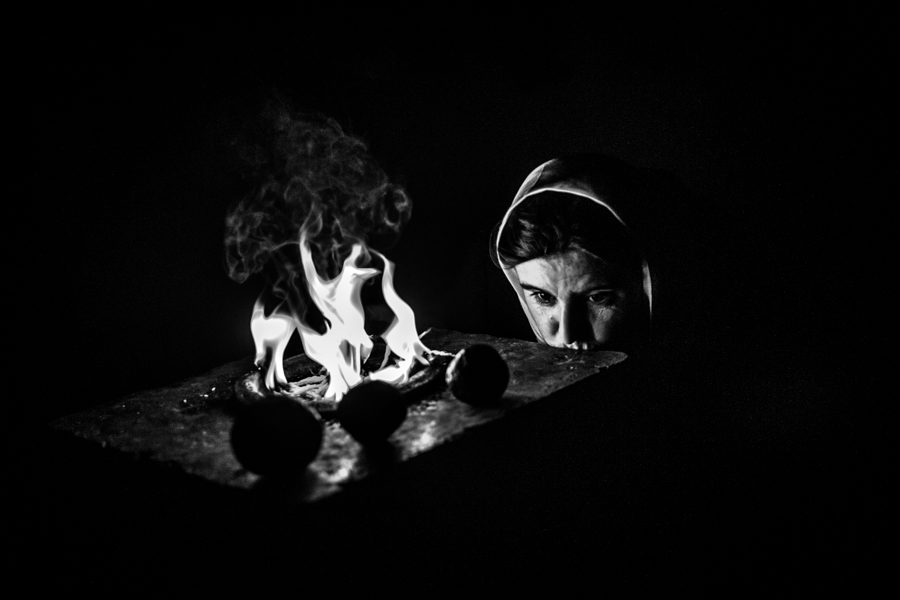 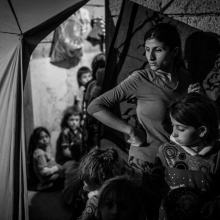 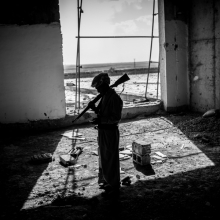 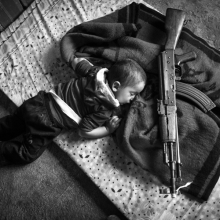 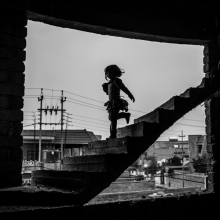 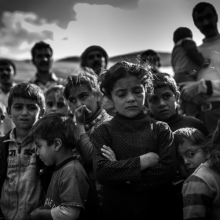 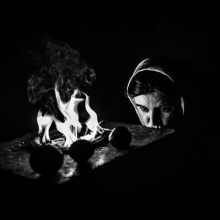 The Yazidis are a mostly Kurdish-speaking people who adhere to Yazidism, an ancient religion that melds various theological and mythological religious traditions. Throughout their long history, Yazidis have been singled out repeatedly for persecution. Under Islamic law as observed by ISIS, Yazidis are officially given the choice to convert to Sunni Islam or die.
In August 2014, Yazidis were targeted by the Islamic State of Iraq and the Levant in its campaign to “purify” Iraq and neighboring countries of non-Islamic influences, causing 30,000–50,000 Yazidis to flee into the mountains. Thousands of men and boys were shot and beheaded, women abducted and sold at auction as sex slaves. In extremely adverse circumstances, thousands of Yazidis managed to flee towards the Sinjar Mountains, where they remained trapped for four months, until Kurdish Peshmerga managed to open a land corridor, breaking the siege.
With this series of images, I would like to draw attention to the desperate situation of the Yazidis, who are the main victims of this ongoing conflict. I hope to convey a sense of the despair of the encircled, the struggle for survival, the war with all its horrors, and the role of religion.
This story is an ongoing longterm project. Now i want to focus on the girls kidnapped by ISIS. Some of them had the chance to flee. Many of them got pregnant by the rapes by the terrorists. I started this project in the beginning of 2014 and i will end it when the Yazidis can live a free life again.

Christian Werner is a freelance multimedia/photojournalist based in Boitzum, Germany. As a teenager he developed his interest in photography while traveling to foreign countries.
In 2014 he graduated the photojournalism & documentary photography course at the University of Applied Sciences in Hannover. His main interests are social diversity and global political issues. The areas of interest is mainly the arabic world and culture.
Chris worked in various countries in Asia, Africa, Eastern Europe and South America.
His work has been exhibited internationally. He welcomes assignments local and overseas.
Since 2012 Christian is represented by agency laif.