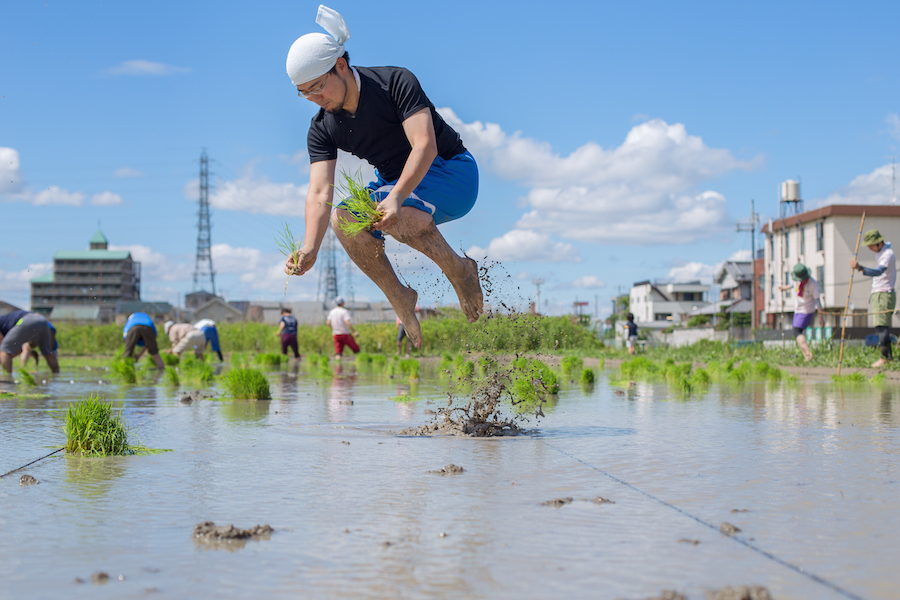 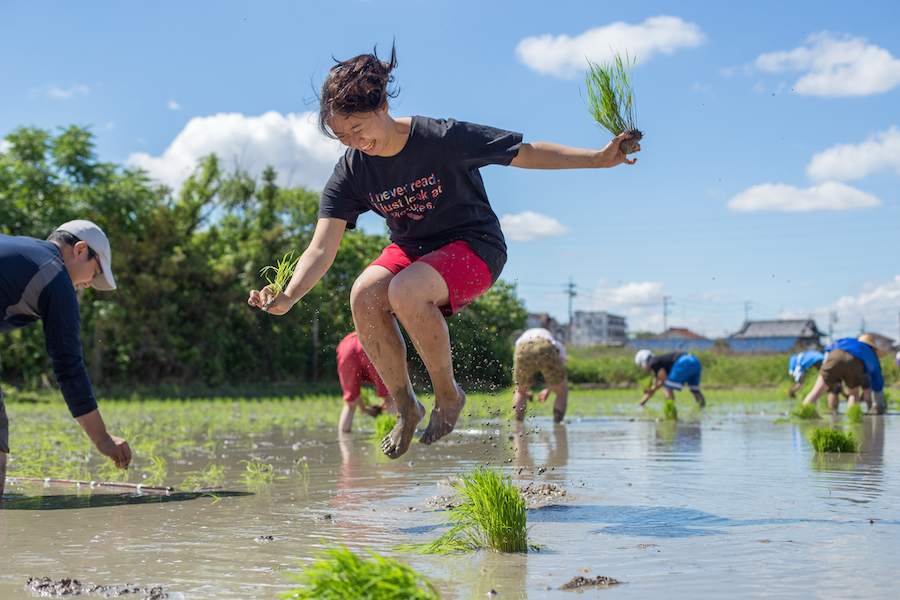 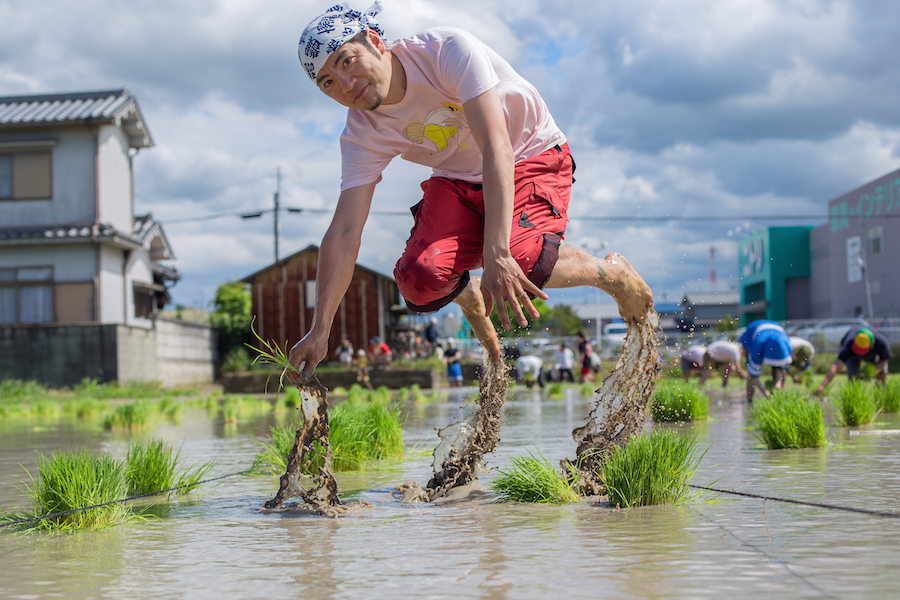 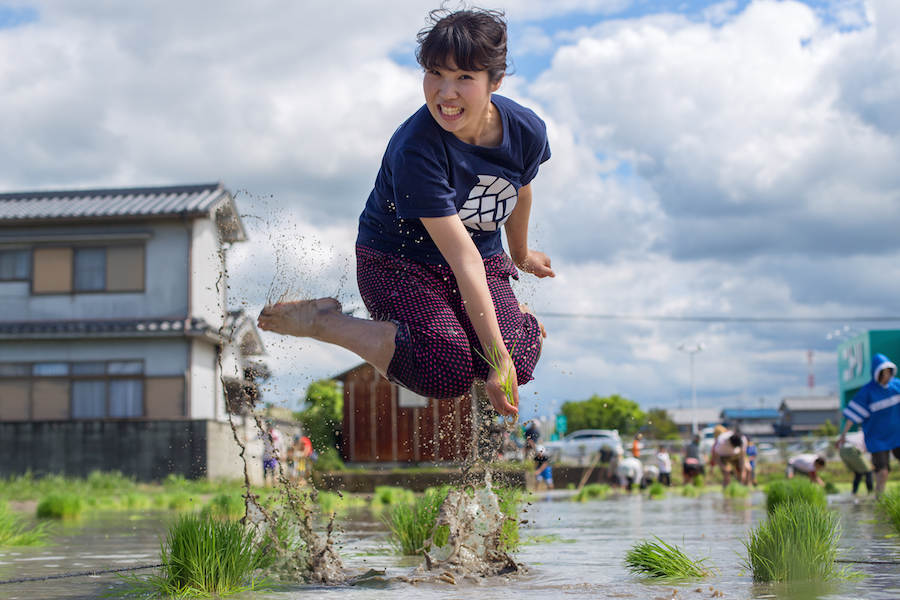 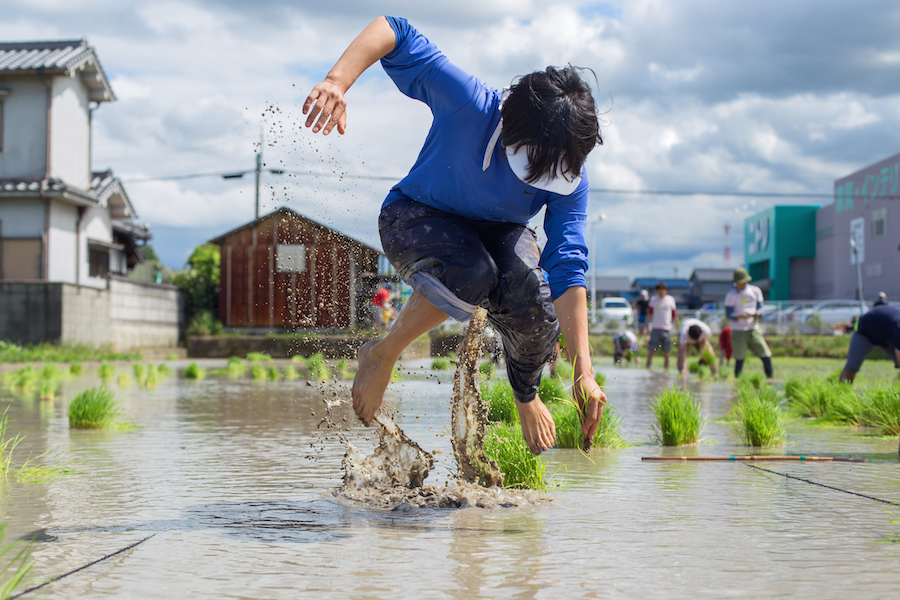 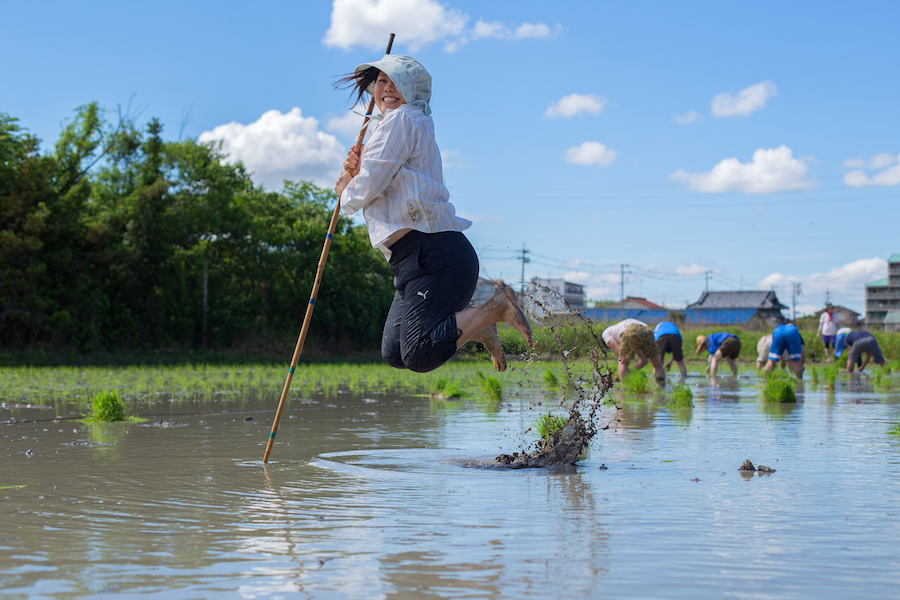 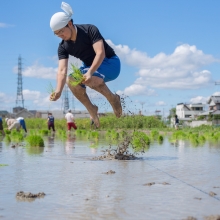 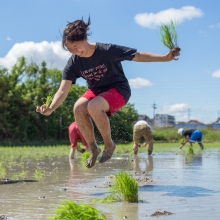 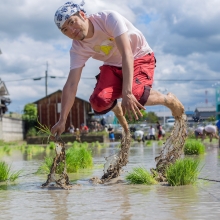 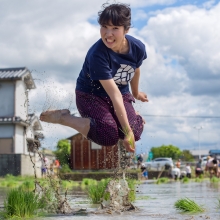 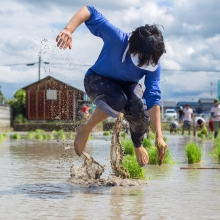 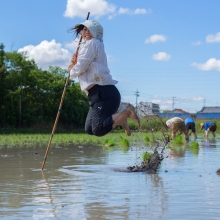 In the early summer of 2015, I visited this agriculture camp in Osaka, Japan. The camp and its rice fields are run by two former school teachers who resigned their jobs ten years ago to become farmers. They had a vision then to make attractions out of agriculture. They decided to do everything on their farm manually and to invite as many people as possible to come and enjoy the process of rice growing.

Thanks to the modern technology, we can find almost everything we want at supermarkets, though at the cost of losing the understanding of where our food is coming from. When we think about agriculture, we tend to associate it with hard work and boring labour. In reality, many people have left the agriculture industry to look for "cool" jobs in the urbanised communities and cities.

At this camp, me and other participants tried "air planting" in the rice fields. The technique is not easy, as it requires simultaneous coordination between the planter and photographer: levitating and planting at the same time. The various ways of rice planting can be seen in this series.

By the end of the camp, the participants, natives from the concrete jungle, finally embrace the feeling of the soil. They are restored back to their childhood and enjoy working and jumping in mud.

Documentary and commercial photographer currently studying documentary photography in London.
Previously worked for a commercial photo studio in Japan.
Also took photos of organic farmers, leprosy villages, an aboriginal ranch, and focusing on people living as they are.