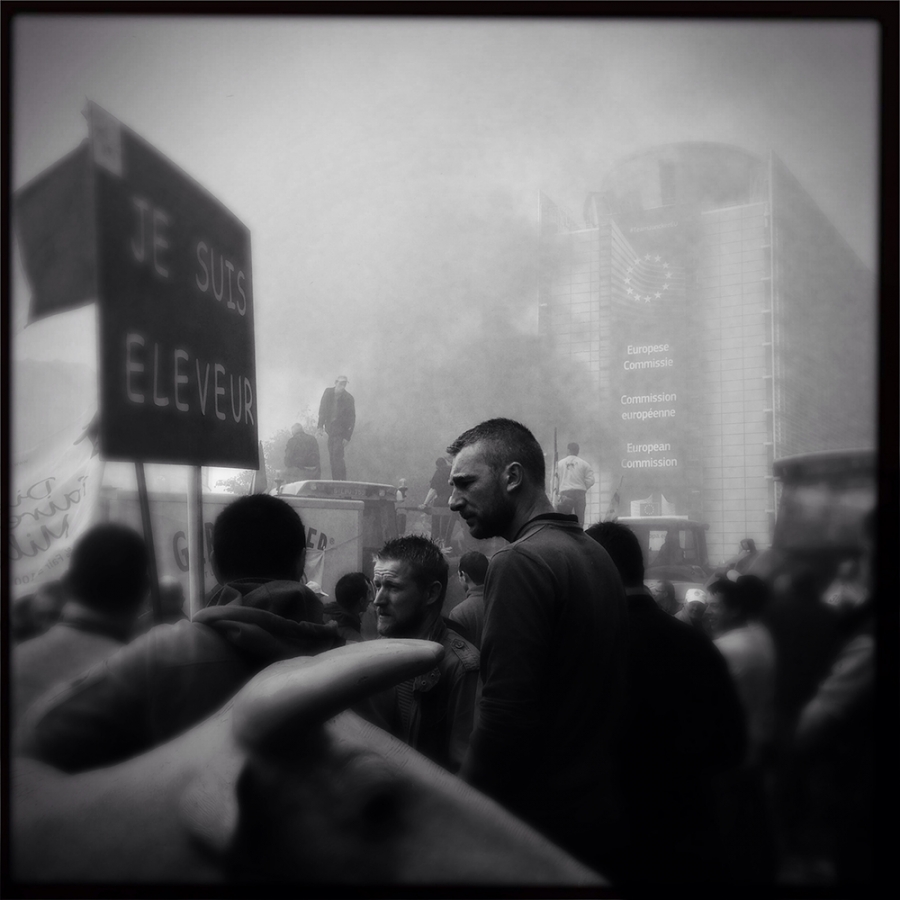 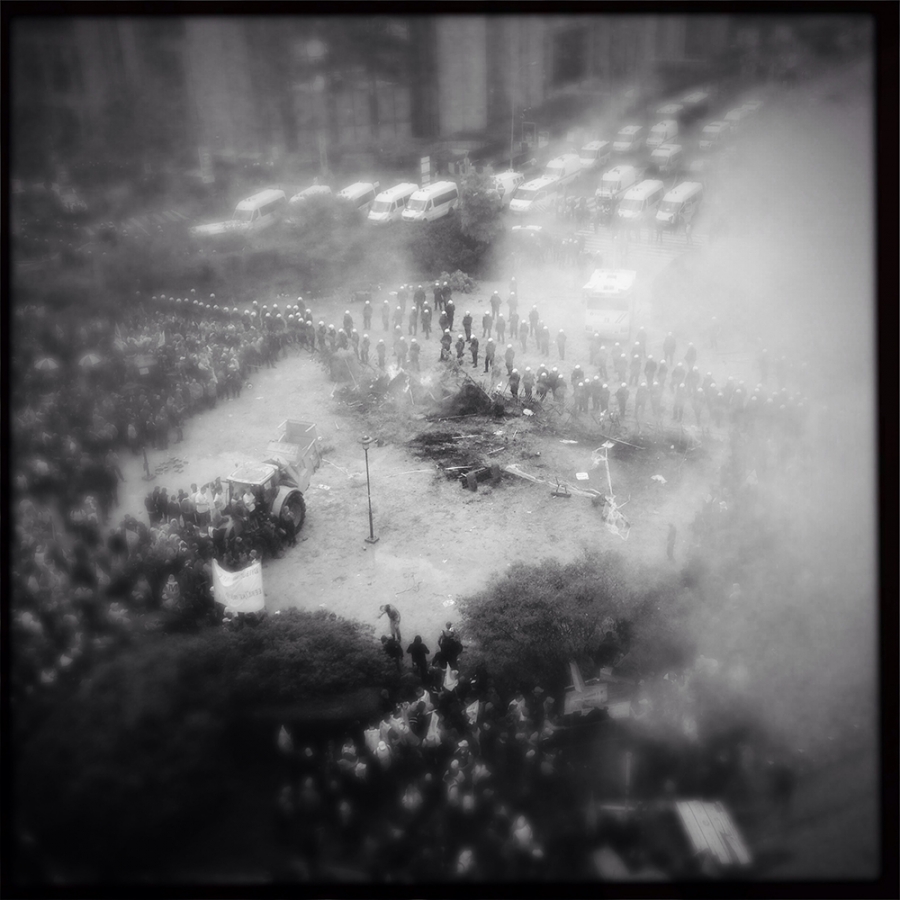 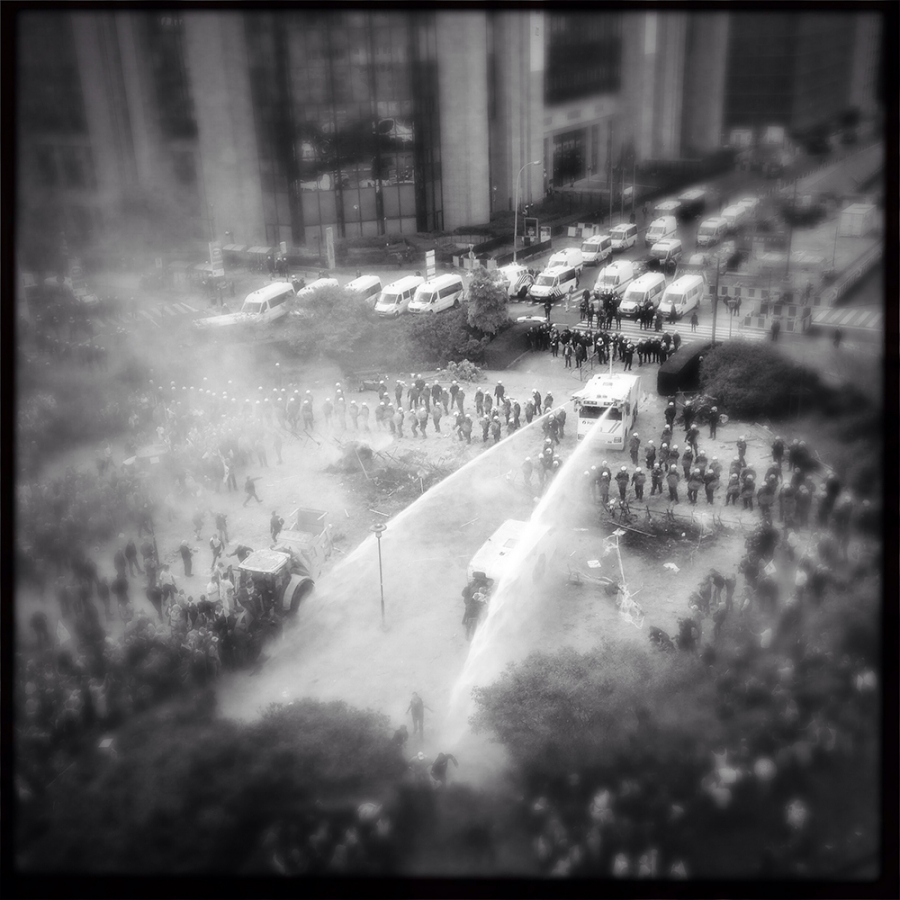 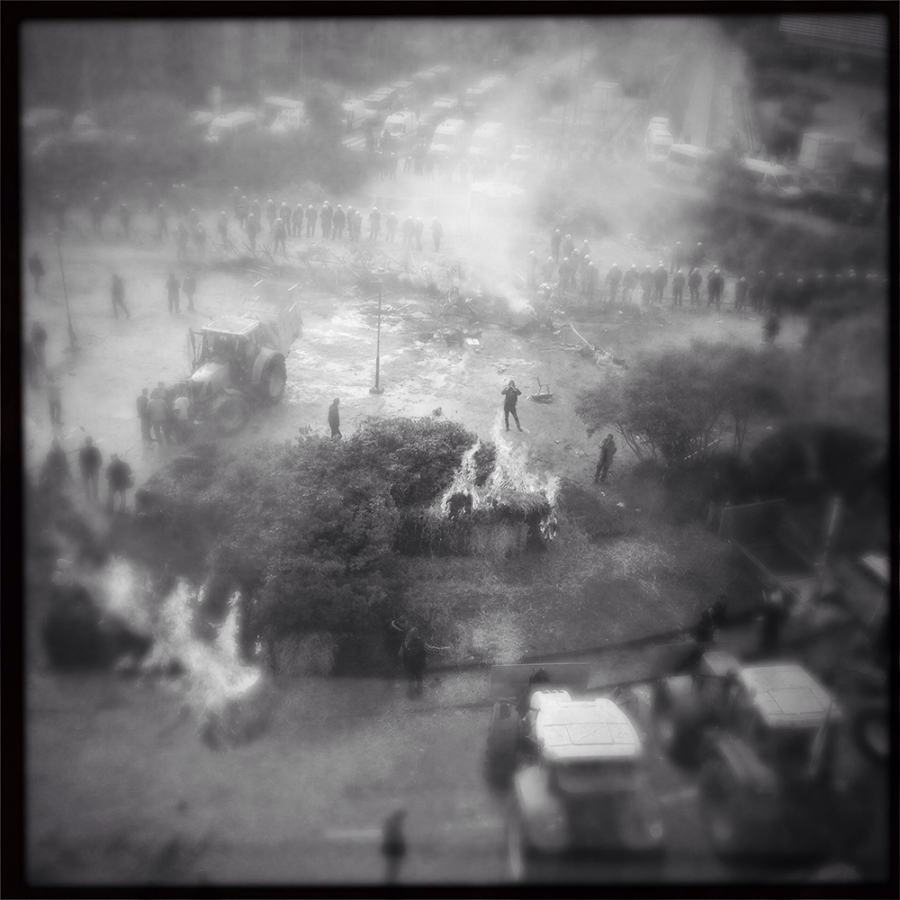 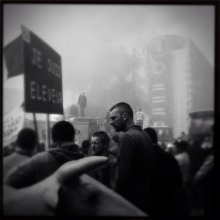 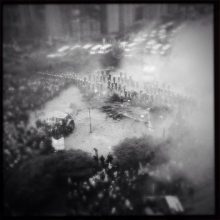 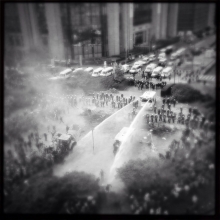 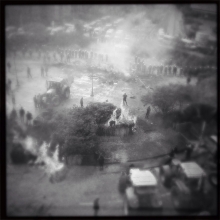 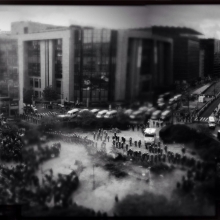 On 7 September 2015, thousands of European farmers meet in Brussels calling for remunerative prices
A 4,800 people on foot and 385 tractors procession arrives in front of the European institutions, according to the spokesman of the Brussels police.
Quickly clashes erupt between activists and police. The police charges and uses tear gas against farmers grouped on the Schuman roundabout. These aim at agents with all sorts of projectiles, including paving stones torn from the ground and bottles. Water cannons are used in an attempt to disperse the protesters and extinguish flames. Epic scenes unfold in the heart of the European institutions. It feels like being in Euromaidan. The spectacular clashes, black smoke, and the organised ranges of militants and police, generate the impression that a modern Battle of San Romano (Paolo Uccello 1438) has materialised at the core of the EU institutions.

Andrea RICCI is Italian, but lives and works in Brussels. He is a journalist and former contributor to La Repubblica; he has a PhD in Communication and Information Sciences and a personal history which anchors him to Florence and Rome, to Art History, Renaissance and Baroque. A participant observer when working on photojournalism projects, Andrea has a keen interest in documentary and conceptual photography .
His current photographic projects focus on countries in crisis, symbolic urban locations, weak expressions of societal transition, the expression of popular religiosity and the notion of aesthetic order. Influenced by 6x6 Medium Format photography, his pictures are mostly square (1:1) or panoramic (1:2,75 - 1:3).